Our third, and last hike in Svaneti. There are so many more places to hike and explore around Georgia, it was a hard decision to prematurely leave Svaneti.

From our guesthouse, it is 5km to the bridge at the start of the Chalaadi Glacier trek. It is possible to start the trek from our guesthouse, but we chose to be dropped off at the bridge because the 5km trek didn't seem particularly exciting. Half of this road was busy with construction for a hydro power plant (!!), and muddy from heavy vehicles traversing in and out.

The entire trek was an easy 4 hours hike, return. Needless to say, it was another pretty trail. All of the treks we have embarked on: the trek off Mezari, The Cross halfway to the Koruldi Lakes, and the Chalaadi Glacier are all fascinating in their own, unique beauty. Mezari was more alpine forest, The Cross picturesque with its rolling hills filled with wildflowers; and the Chalaadi Glacier... well, you'll see.

Start of trek towards Chalaadi Glacier. 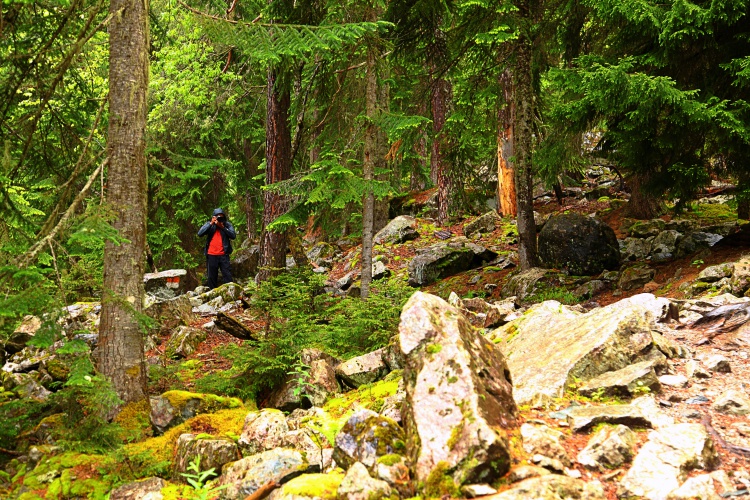 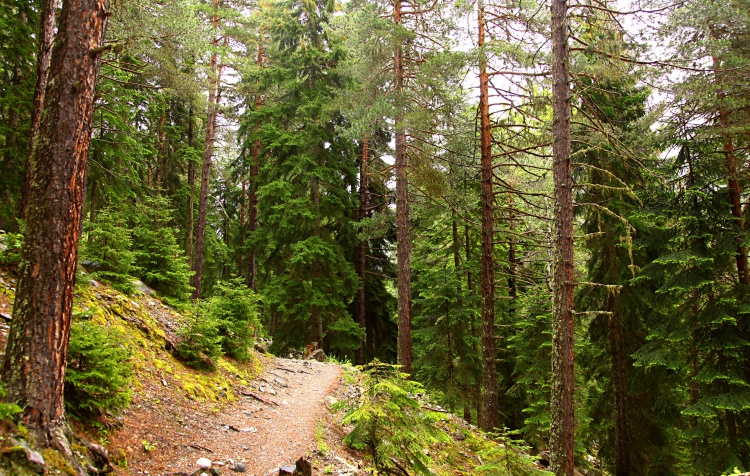 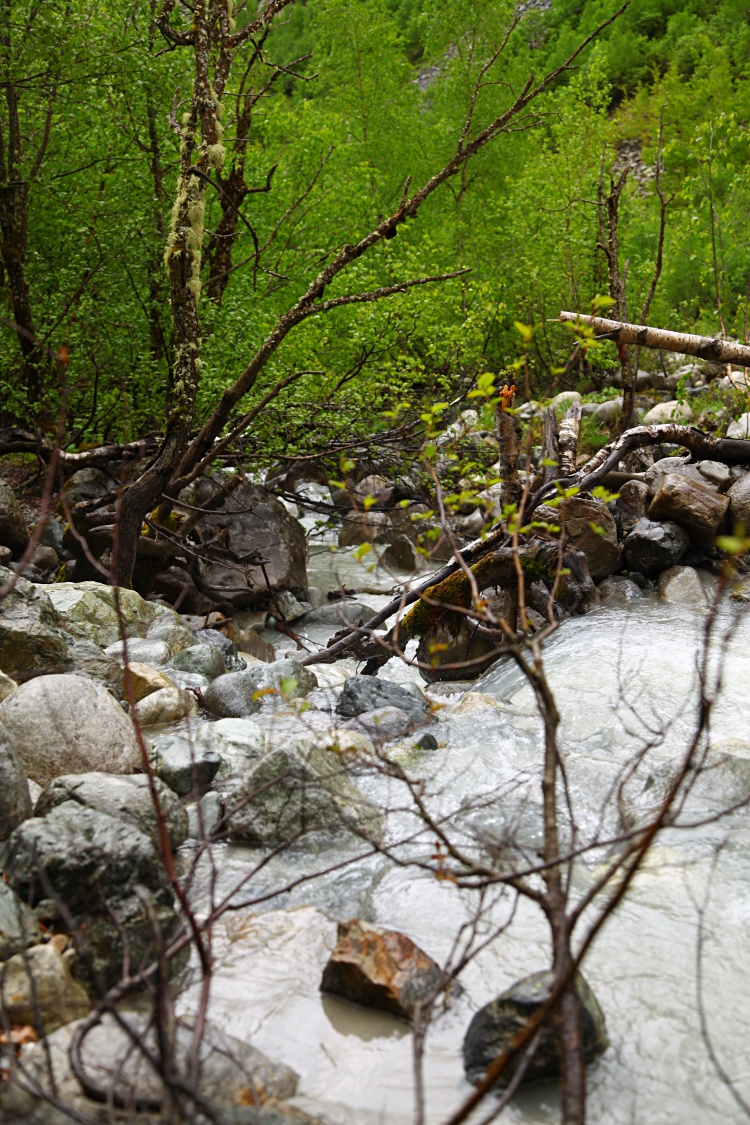 Rushing river on one side, and a mossy forest on the other. 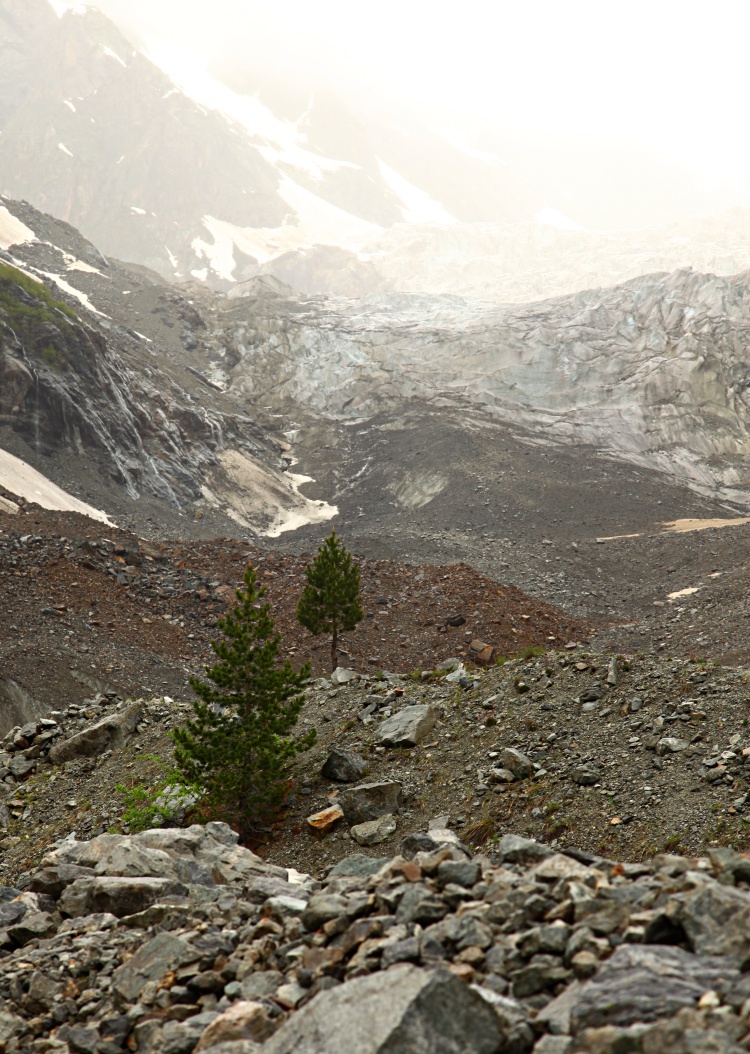 Towards the end of the hike - the Chalaadi Glacier. The were small, loose stones as we trekked upwards towards the white patch ("this must be the glacier", we thought...) 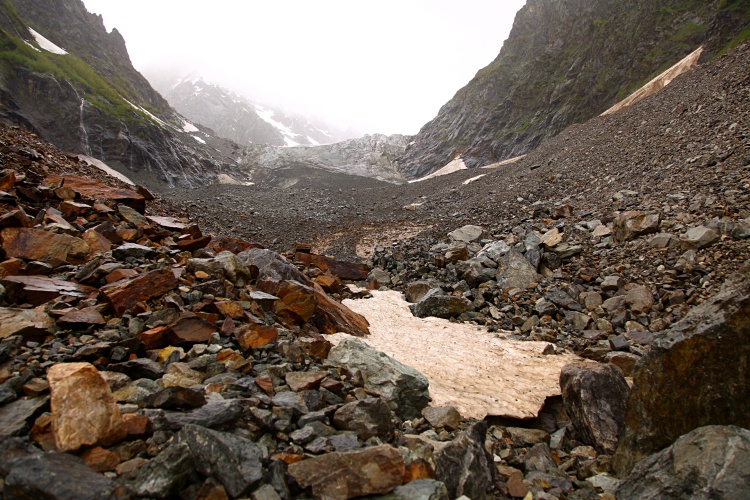 What we thought were small hills, we found out later after scaling them, are in fact the actual goddamn glacier! Mindblown! 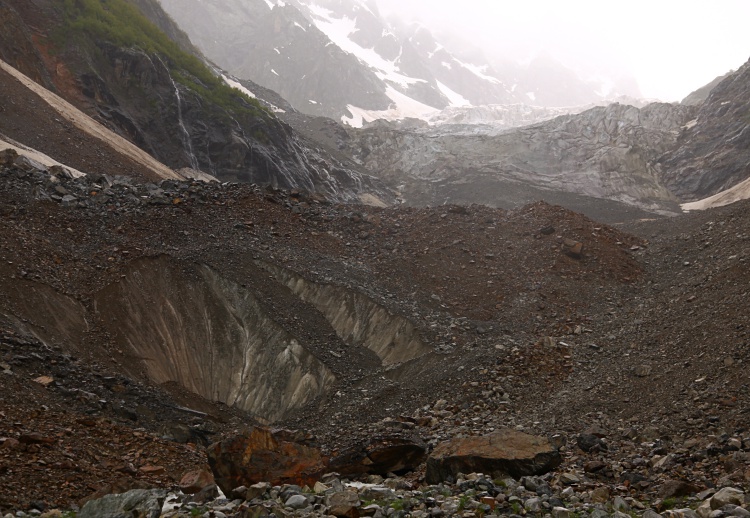 THAT. Is the Glacier. We didn't realise it, until we scoured the place and went to the mouth of the glacier where the melting ice and snow have formed a fast moving river. 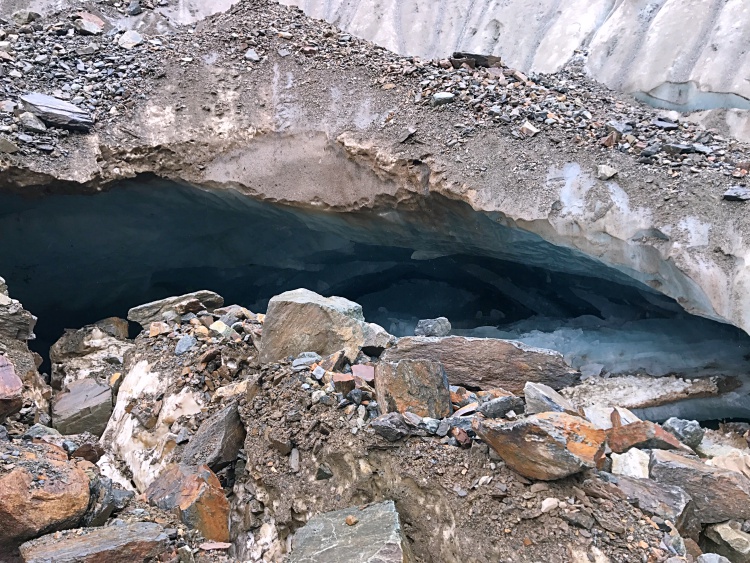 Only a wide angle lens could show the extent of its majestic beauty, but this was taken on a phone. I have deposited the DSLR safely before climbing to the mouth of the glacier, hehe.

I got nervous and freaked out when Vinnie went really close to the gap under the glacier. Even as we took photos, loose stones and chunks of ice tumbled from the "hill" and splashed into the river. It gave me a chill, and that wasn't from the cold.

(1-2 months after this trek, a Georgian trek group we followed on Facebook posted a death of a hiker on this very site - due to a large rock that had dislodged and killed him on the spot....RIP, fellow adventurer)
We spent a good 30-40 minutes just admiring the site before leaving the glacier. Our good host/driver even had some cherries waiting for us in the car when we finished the trek, it was a great end to an exquisite hike.