The Mr Chan of the famed Hawker Chan in Singapore was originally from Ipoh, Malaysia. He later moved to Hong Kong, where he acquired the skills in making his signature HK style soy sauce chicken - before settling and opening a hawker stall in Singapore. His rise to fame was documented, from a humble food court stall, to being awarded one Michelin star rating from the Singapore Michelin Guide.

I did not go to the original stall in Chinatown Food Centre, because I googled and got this address on Smith St instead. It is a new establishment, from investors who had bought Hawker Chan's recipe and set up a shiny, fancy, new restaurant to accommodate the growing number of curious diners. 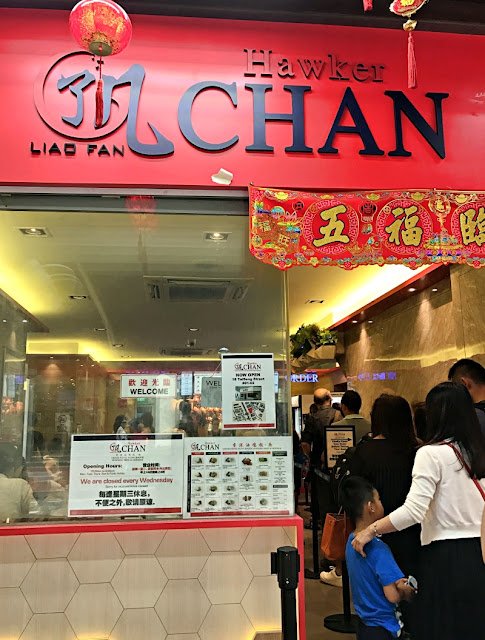 I arrived at 11:50am, and already a line was snaking out from the shop. The motion sensor sliding door could not close due to the line of people extending out to the entrance. A staff later asked us to step back into the outside queueing area so the door could close and regulate the interior air-conditioning.

Well, that was certainly a first. 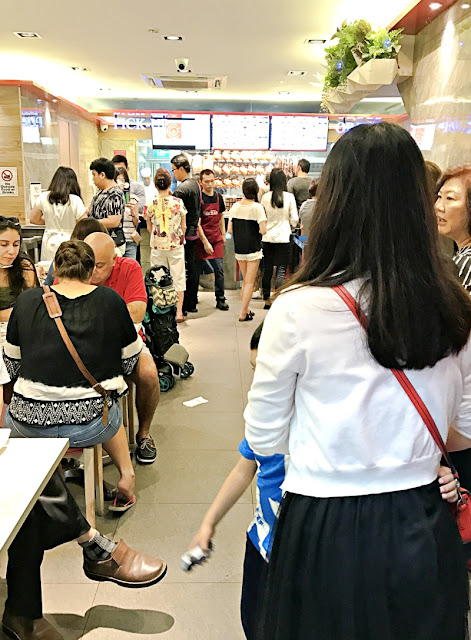 There was a healthy mix of locals and foreigners queueing, compared to the 1-Michelin star Bak Chor Mee (only locals there, perhaps unsurprising). Total waiting time in the first queue was ~15 mins. The first queue is where you order and pay. There is also an automated kiosk for you to place your meals, and pay! Fancy schmancy! 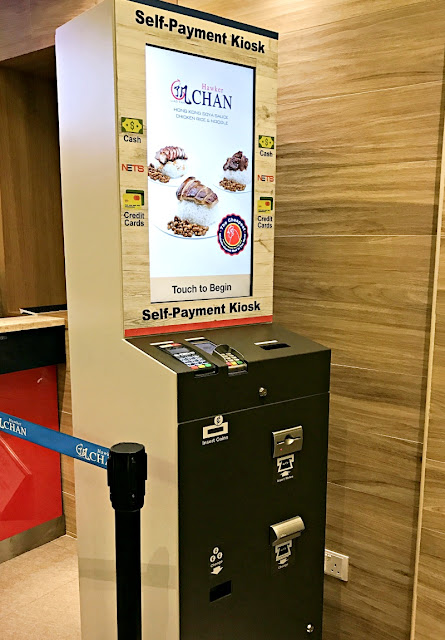 Once paid, you are handed a receipt with a queue number. This is the second queue where I waited some ~25-30 minutes before my number was pinged to pick up my food. Tables are also limited especially during the rush hour, resulting in people hogging tables, even though their queue numbers were still a long ways off.

Total waiting time for both queues = 45 minutes, before lunch rush hour. Actually, the queue kind of died down after 12:30. May be a good idea to come really early, or a little later. 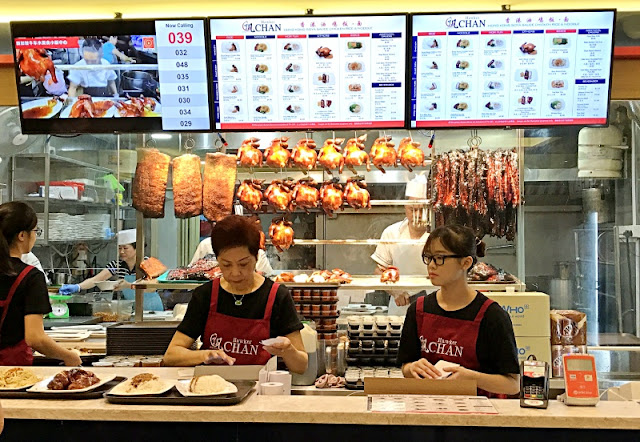 Finally! Two dishes with soy sauce chicken - one with rice for myself and another with noodles for my sister.

Most friends/family have told me to order their noodles - and I concur. 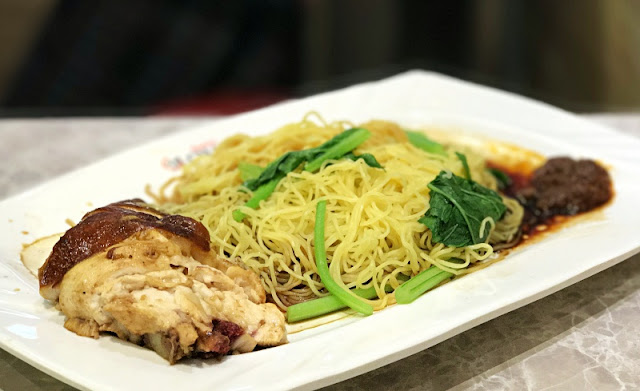 Noodles were springy and comes with a mushroom-y sauce. Quite a delight to eat. The star of the meal - soy sauce chicken - has a very subtle, delicate flavour. Chicken is tender, but I have had more tender chicken, sous vide style. The chicken is certainly nice, although I can't say I understand the one Michelin award, sorry. Perhaps for the real experience, I should have gone to Hawker Chan's original stall? 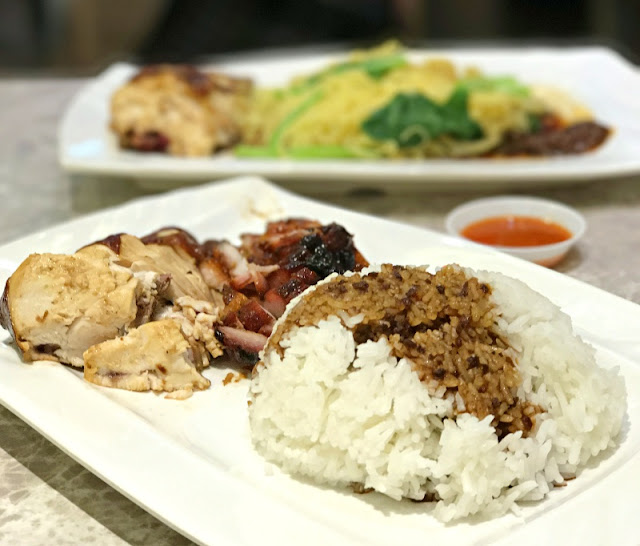 Rice was dry and semi-hard. I also ordered a side char siew (rBBQ pork) with the rice. It was nice and well-caramelised. Yummy, but not worth 45 minutes queue I think. I would much prefer to go back to the Bak Chor Mee for queues!

Still, a very affordable meal at under SGD$20 for the two dishes, including beverages.


See my other hawker Michelin post in Singapore here.