Came back, thinking that I can finally have some time to start on my thesis writing, properly. Instead, now it's already the end of the 4th day of CNY and I have barely touched on it! Have 2 tests next week pulak. 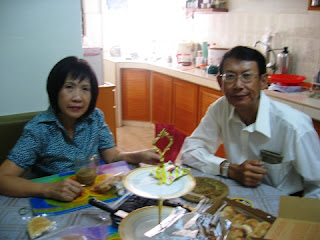 These are auspicious faces...! *smirk* 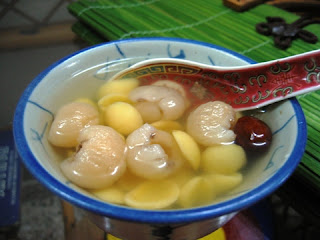 Somehow this CNY seems pretty much toned down, and it's going to be even more so when Sien Jie gets married and moves to Spain permanently. With more females in the house, all will have to follow their husbands... By the time I get married, only Grandma and her daughters will be left... How sad. 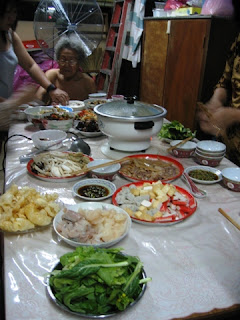 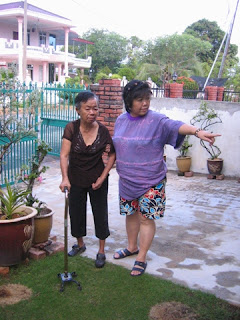 Sien Ee Poh with the walking stick. She is recovering from stroke and is not doing very well. Somehow she seems to want the attention and is unable to perform almost everything. Never really liked her ever since I was a tod, but can't help feeling sorry for her at the same time. 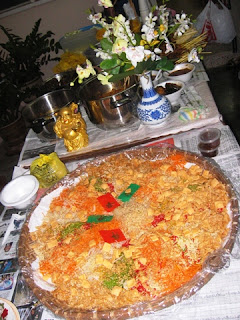 Our own home-made Yee Sang! Those bountiful bright carrots are shredded by yours truly :) Shred until my hand hurts. 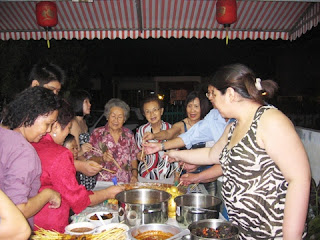 My God the buffet spread was humongous. There was just simply too many things on the table. I gave up after only a few rounds. 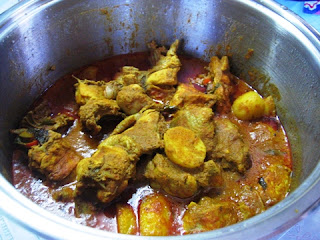 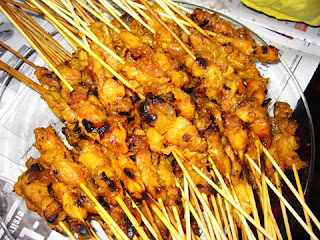 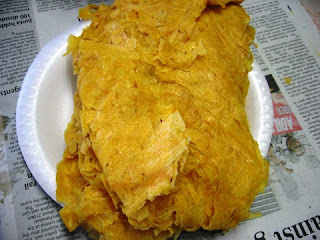 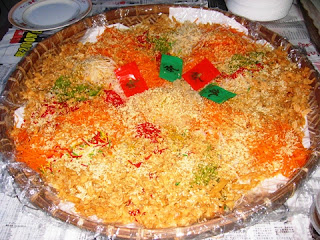 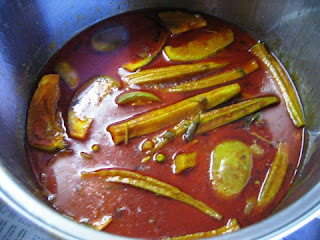 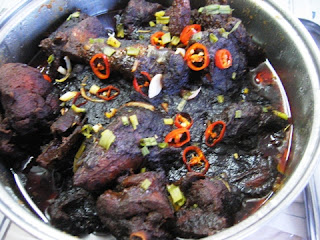 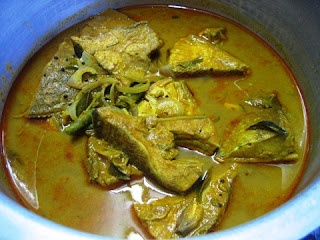 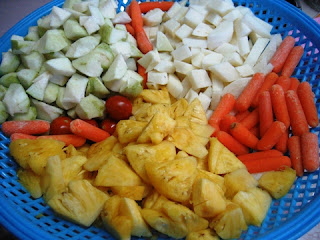 Rojak
And that's still not all of the dishes yet... there are still roti canai, and other curries.
Met up with Convent gang. Darned Chia said initially will be coming over to pick me and SueWern up at 9:15 but she showed up at 10:10! Very pek chek with people who are not punctual. 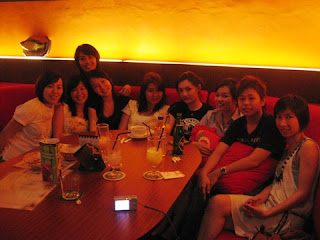 If I were to shift my hands upwards, I could almost strangle the SiBehGauSio 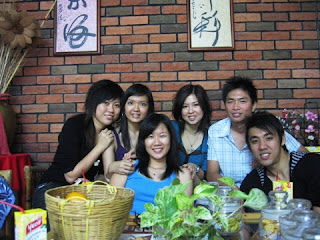 Also my turn to organise this year's gang reunion... Wanted to just simply have steamboat to save the hassle of cooking and preparations, but in the end, itchyfingers-ness got the better of me and I ended up chopping and cutting for the whole day. 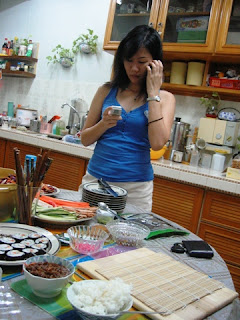 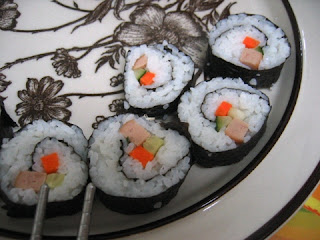 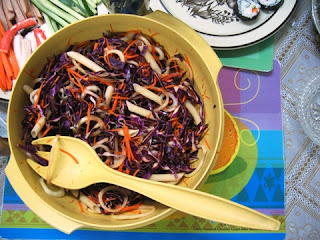 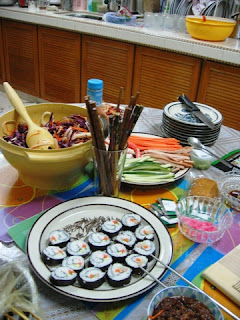 At this point I was so very exhausted and having a slight headache from lack of sleep and also from standing for the whole day. Also after all that hard work, friends were complaining that it wasn't enough for them. Took all my willpower to stop me from strangling them. Turned out there was plenty of leftovers. Greedy people. 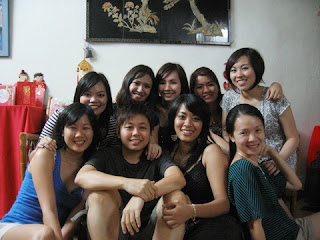 The one thing that could not be avoided. 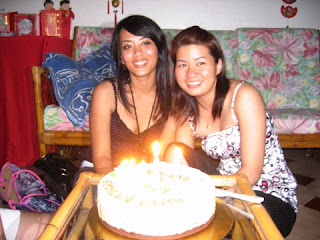 Shared with the others to get this huge cappucino cheese cake as belated birthday for Emie and Eve. Shouldn't have bought such a huge cake as we ended up only eating about a third of the cake. 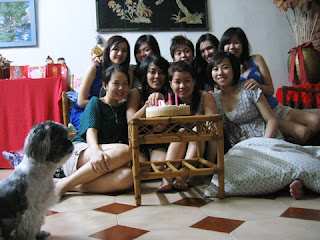 I had a lot of fun catching up with these old old friends of mine... Our talk was mostly pointless... with Breasts dominating the conversations. And only my dear old friends are daringly cho-lor and beh-paisehly syok sendiri. 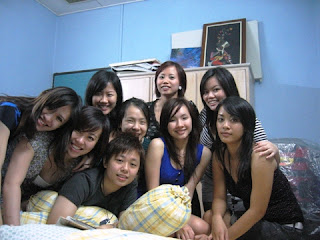 And dont play play! YeeKer the Eagle is planning to join the Astro Talent Quest or something. All of us immediately took pictures as it's going to be pretty valuable in the future. 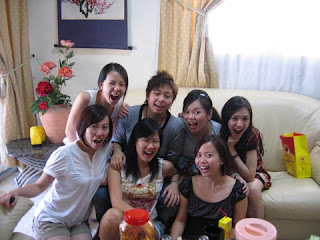 See y'all in Langkawi muahahah