One Night at Trader's

Mei Ying sms'ed me a few days ago telling me that she has got a room at Trader's Hotel and if we girls want to have dinner and then do sleepover.

Yee Ker later called me and said that she will be picking up Li May and then we'll meet up at the hotel/KLCC to have dinner around 8:30pm. So after work, I went to the gym and ran for 20 minutes then did some weight workout and by 8:30 I was ready for dinner. Knowing my girls and their punctuality, I bought a pretzel from Auntie Anne's while making my way towards Trader's.

It was a good thing I had something to eat then because Yee Ker only called at 9:30 to announce their arrival and Mei Ying only reached at 10:15 or so (after going into the wrong hotel, wrong floor and costing her $8 lol).

So, close to 11 and in desperate of food, we made our way to San Francisco Steakhouse. Thank goodness it was 15 to 11, because kitchen closes at 11! Imagine how temper would flare if no more food is served, well, we could still go over to mamak's nearby but that would be cruel cos we are celebrating Yee Ker's birthday hahahha 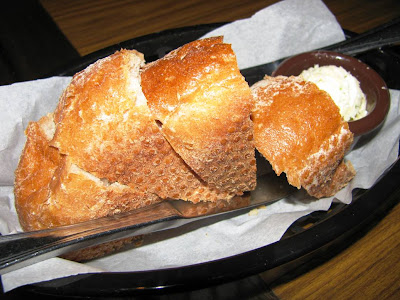 Bread and salted butter to ease the hunger a wee bit. 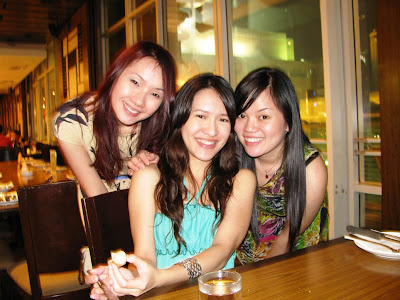 Tiba-tiba in the middle of photo-taking, Grace pops out of nowhere and jumped into the shot... that's what you call camera sensitive! 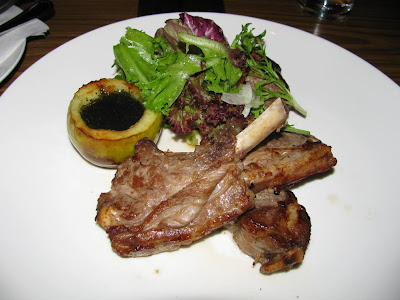 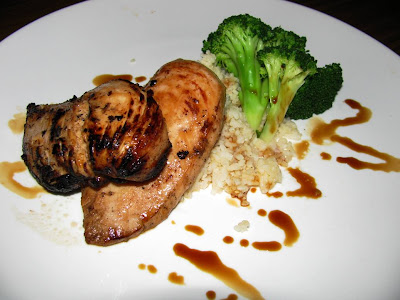 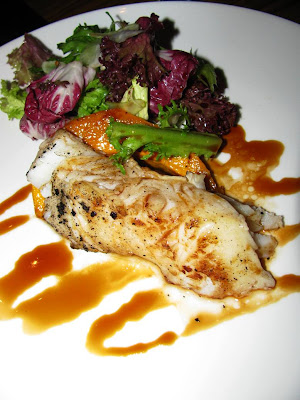 Cod-fish, grilled I think? With soy sauce. I don't fancy it much... 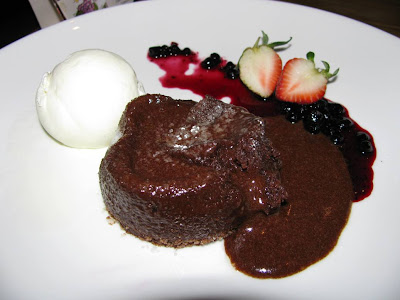 And cake for the bday gurl! Chocolate fondant with blueberry sauce and ice cream on side. Chocolatey goodness. Gone in a few minutes. 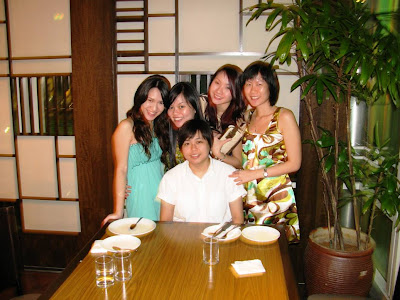 Crappy picture taken by staff who looks shifty as though cannot wait to close shop.

Afterwards, we went back to the hotel because Li May didn't want to go club, she has a plane to catch at 7 the next morning. Anyways the rest of us headed for Quattro and had a blast! :)

Next day had brunch @ Dome: 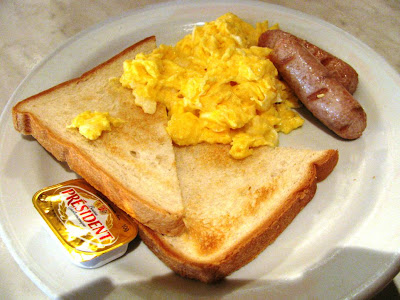 My scrambled eggs and sausages on toast :D 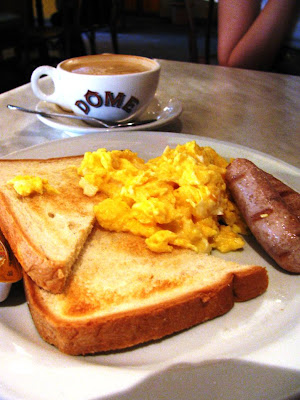 With Flat White to wake me up a bit. 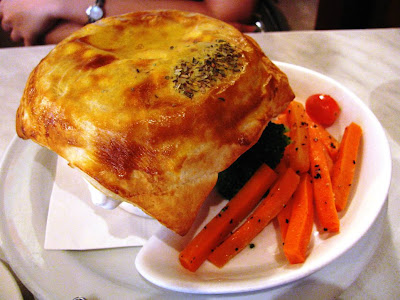 Grace got herself the Mushroom Soup Pie or something like that.

Yee Ker had to leave early cos she still has to go in to work (She works like, 7 days a week. Jesus). Whereas Mei Ying has to attend her event at the Convention Centre. 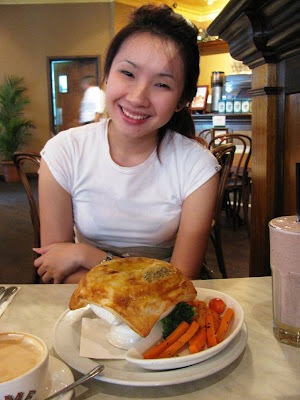 Observe picture I took.
and compare with the one Grace took. 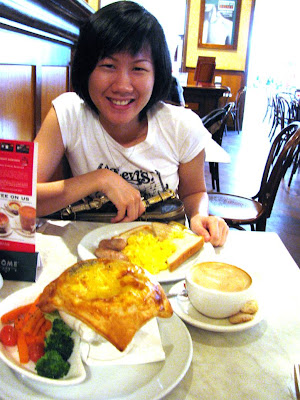 This also I already edited. Grace, you suck at taking photos -.-

It was one of those really relaxing Saturdays I've had in a while. Okla, to be fair most of my Saturdays are pretty relaxing. We took our own sweet time taking our brunch. I missed taking time with my food because I like to enjoy them. And it's so hard to do so when you only have an hour lunch break or your meal companions all just gobble their food down and wait impatiently and you try unsuccessfully to copy their steps and gobble too. What's worse with eating fast is I normally feel bloated afterwards.
Afterwards, we watched the 3D of Cloudy with a Chance of Meatballs. It was the first 3D movie experience I've had. The only other time wasn't really a movie, but it was at Disneyland and it's more like a thrill ride but it was fun nevertheless! I'll blog on a review on the movie some time or other.
Then later meet up with Mei Ying again for tea @ Chinoz At the Park. I know it's been high expenses all day and night but I believe that we should all pamper ourselves one time or another :p 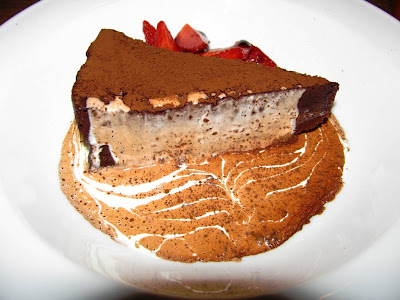 I can't remember what this is called, but it's something like chocolate cake with strawberries. 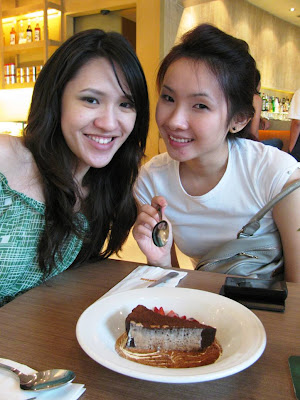 Observe another failed attempt of her photography -.- 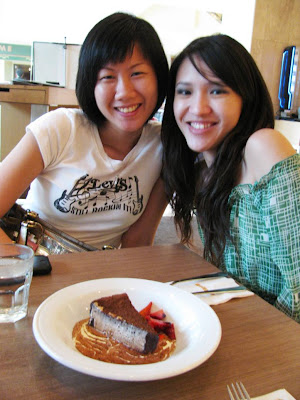 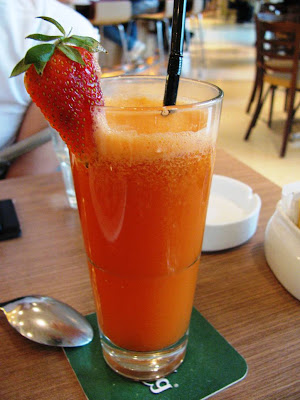 Juice of the day called Eye Opener, blend of carrots, strawberries and orange.

I'm feeling bored and lazy.. plan to nap a bit on this warm Sunday...
Posted by Giffo Hoots at October 25, 2009
Email ThisBlogThis!Share to TwitterShare to FacebookShare to Pinterest
Labels: Food-Angmoh Chiak, Get-together