So Su En was trying to play the good host and one of the free Saturdays we had, we decided to head for Pulau Ubin - to cycle.

Anyway weather is really crazy on this part of the world. It'd be really hot and humid one minute, then next thing you know, it's raining like a whole herd of cows were sacrificed to Rain God. On that particular Saturday morning, I was already up by 7am. It was cloudy out, but no signs of rain - yet. Then I received a text from Sue Wern. She said she'd just checked the weather forecast and there are hances of rain around Pulau Ubin. So she suggested we head for Bedok instead.

Su En pulak was determined to go ahead with Ubin anyways. In her words, if she's getting up so early, it's got to be to bring me to Ubin, cause she won't want to get up super early another time to do it again lol.

Took the risk and went on with Ubin anyways. 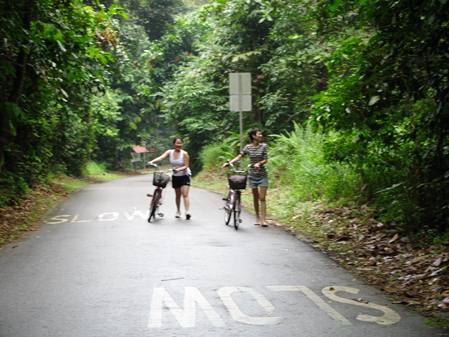 And guess what, weather was great! It was overcast, no direct sunlight. It was really pleasant and great for cycling. The boat ride from the jetty to the island took about 15minutes. Once we stepped foot on the island, we were greeted by rows and rows of bicycles for rental.

Bicycles are rented between $8-10 for the whole day. Us girls were more interested in the 'pretty' two-wheelers than the functionality lol. Another friend from work, JL, took a mountain bike while the rest of us settled for the cute/pink/Ah Ma's pasar transport sort hehehe. I picked a light pink one, with a little basket in front and a bell that sounded like it had sore throat. 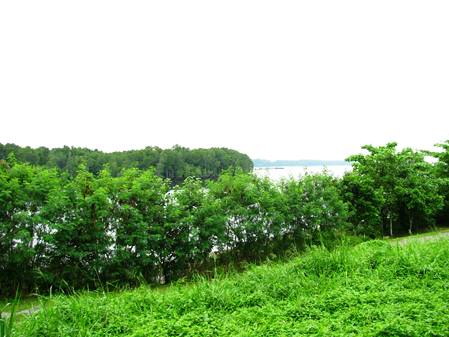 Who would have thought that Singapore holds such great nature? 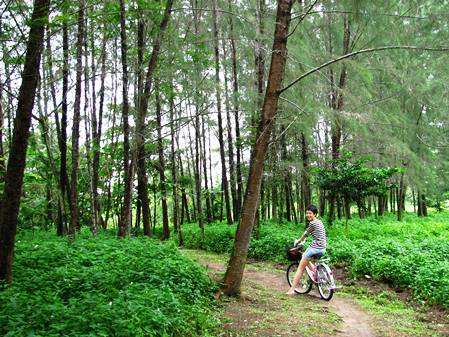 I especially love this shot I took of SW. 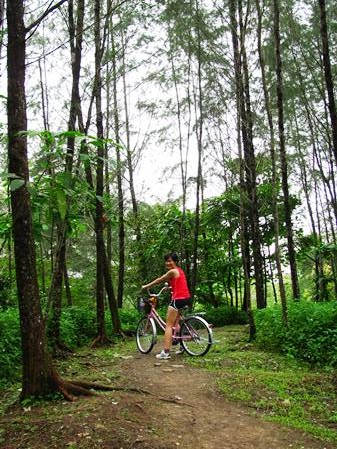 Su En brought us around and we finally reached the tallest point of the island. Huffing and puffing all the way up, the rewarding view - 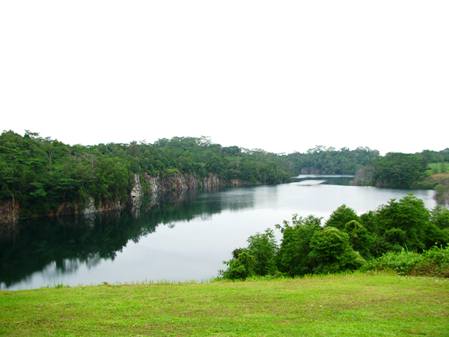 Nice eh? This shot doesn't do the view justice.... Love the cliff on the other side of the river... We also met a couple from Israel who were extremely surprised when we told them we know of Israel and where it is located haha.

As usual, after a hard (somewhat debatable) workout, there's always extra calories to make up for the lost ones! 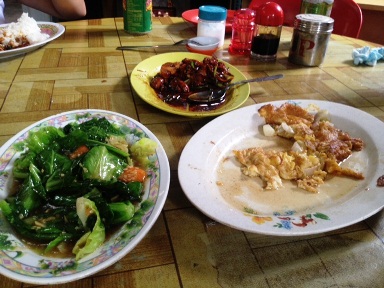 There was this huge seafood restaurant and thronged by the majority of the visitors. Su En led us right past the restaurant, and made a detour to a small little coffeeshop a couple of lots away.

Food was very good. We ordered stir-fry kailan, ginger chicken in dark sauce, omelette and also deep fried calamari rings :D In fact I had a shot of the calamari rings but it was blurry. Anyways, we were almost done with the three dishes in the picture before the calamari arrived. This uncle who brings out the plates from the kitchen was really blur. He kept bringing our food to another table! Then I think it was his wife who told him off and scolded him hehehehe poor uncle.

We only managed to cycle a part of the Ubin island, but Sue Wern and I were already planning to get here again and finish the other section!