I've been a huge slacker lately, I know! Haven't been updating as regularly as I should. But there just isn't time to lug out the laptop, transfer pictures, edit and compose :P

So it's back to one of my passion - eating! Popo was asking around for recommendations on a belated birthday rendezvous and I've heard so much of this place - Ippudo-  from ex-colleagues and the blogosphere.

Dinner was supposed to be at 8, but here's what happened:

6:30pm - Another text from Popo saying she will be late as Wei Kiang's flight is delayed. I proposed changing the appointed time to 8:30pm but no replies from her. Fine.

7:45pm - Made my way towards Orchard. Received text from Jo Lynn saying she will be 15 mins late.

8:00pm - Met up with a couple others, then waited for Jo Lynn. Received another text from Jo Lynn that Heng Ving will arrive later.

8:20pm - Jo Lynn arrived and we decided to head towards Mandarin Gallery where Ippudo is located, which is about 10 minutes walk from Orchard MRT.

8:40pm - Located the restaurant and a long line was already formed. 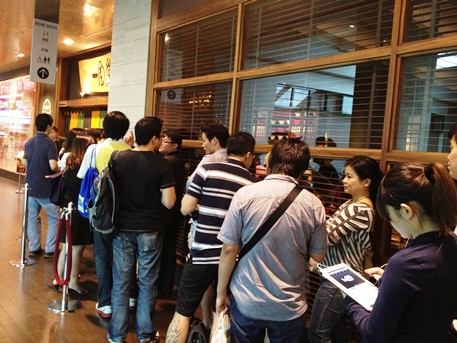 8:50pm - Popo and Wei Kiang arrived (with luggage and all LOL). But we were still in mid-queue.
9:00pm - Finally got to the front of the line and one of the staff inquired for the number of people to be seated. 10 I said and we walked into the restaurant. Bloody hell! Still another line to queue indoors -.- Oh and Heng Ving arrived d.

9:10pm - One of the staff informed us that a VIP room was available but we are only able to have 50 minutes of dinner time. Fine with us! 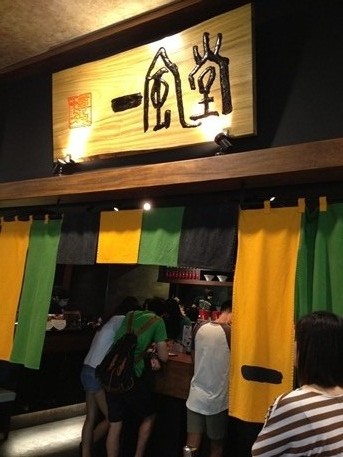 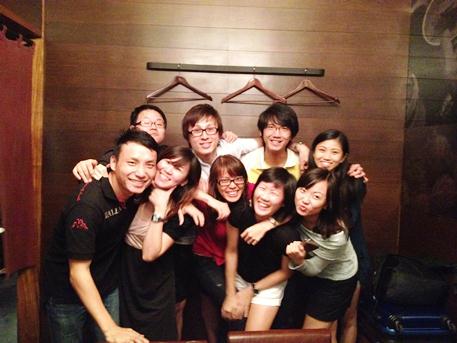 But service was pretty good and the waitress was funny and tolerated with our dumb jokes hahahah. Best part was we got to have a whole room to ourselves and thank goodness for that because we did make quite a ruckus.


Ippudo has a couple of branches in Singapore, outside of Japan and another one in the United States I think. They are hyped for their ramen noodles and broth, and also the fact that you could customize the level of 'done-ness' of your ramen noodles, such as chewy or really soft etc. 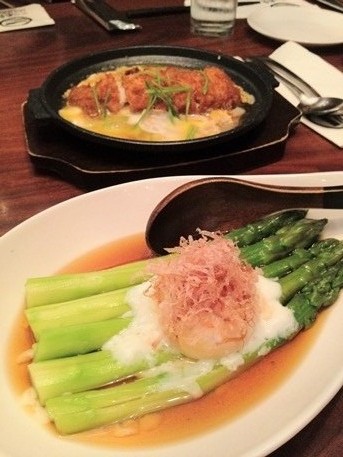 Ippudo came up with a few teaser dishes for their Grand Menu and these are the two we tried!

Popo reckons that the asparagus were a bit too matured (as in fibrous) but I think mine was alright. I just loved the hot spring egg! I wish that the egg came in a bowl so you could sorta dip your asparagus in. Hmm...

I didn't think it was really special or jaw-dropping but it was good in any case (which deep fried isn't??). 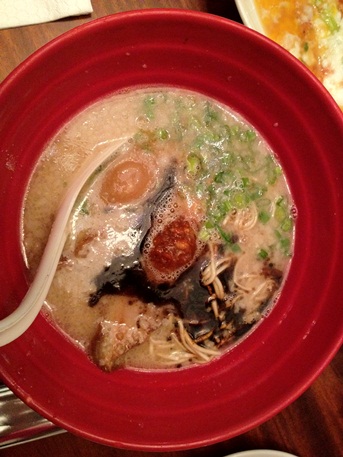 The long awaited ramen! I ordered this Akamaru Kasaneaji.


Verdict: Unfortunately, falls a little short of expectation! I mean the noodles are great (I chose the chewiest texture of ramen) and the broth is simply packed with flavours and delicious, and all that but I think I may have tried a better one at Santouka in Tokyo Street Pavilion KL :S The one at Santouka was really simple, but the broth was crazily amazing.

At $15 plus $2 for additional Nitamago (flavoured egg), this is the costliest bowl of ramen I've ever had! 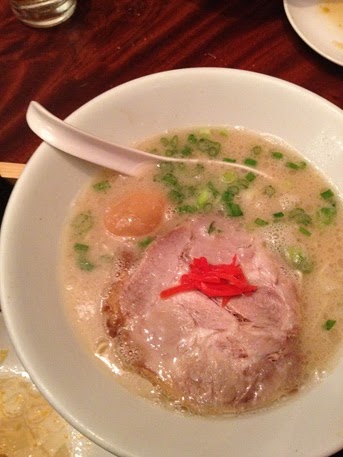 Popo ordered this I tried hers. It's more alike the one I tried at Santouka hehehe.... Comparably, the ramen I had was richer, whereas the Shiromaru Motoaji was simpler. I'll be trying this bowl the next time I come here :D 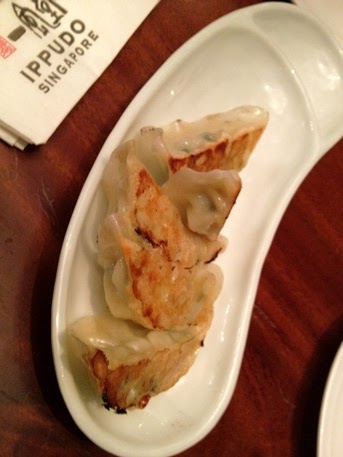 Gyoza!!! There were 5 of them in a plate and omg I love them! They are kind of small but it has the right amount of pork versus amount of vegetable or whatever that makes up a gyoza! Then when you put in the whole thing in your mouth right.... bliss! For some reason, Ippudo gyoza has a little soup filling, kind of like what you get from xiao long baos, but not as much as XLB, which I think is really good cause the gyozas I've tried before now seems too dry in comparison! lol. 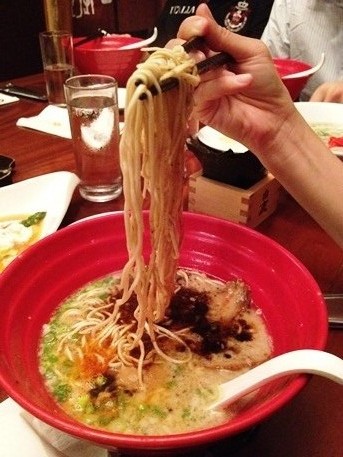 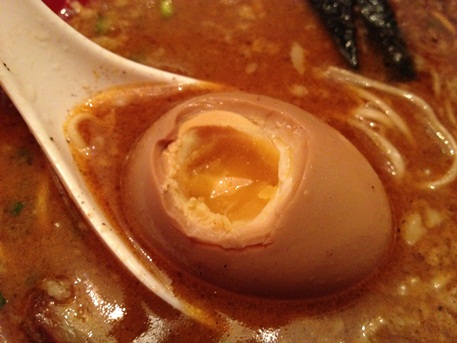 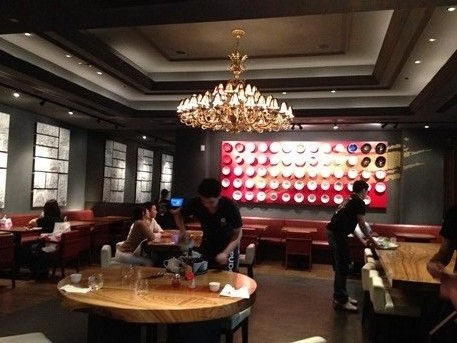 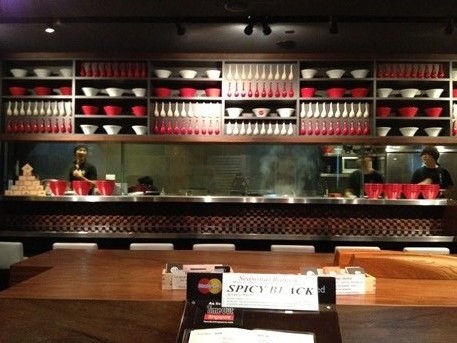 Interior of the restaurant. Very nice settings really but it's just too bad that you have to queue THAT long for  a bowl of ramen :s Darn it Singaporeans! :p