There's this channel on the local TV that shows most good makan places in Sg -.-So there I was lounging on the sofa, munching on chips with my feet propped up, hundred percent focused on the featured food places kekekeke :D They showed this western food stall manned by an old couple where they make everything from scratch, including the gravy. Among their specialties are Hainanese pork chop and stuffed pork loin. Some more the food channel interviewed the patrons, most of them are senior people leh! Means it has to be good!

Motivated by hopes that Happy Chef will be serving Hainanese pork chop similar to one of the best I'd ever tried in KL, I dragged MCC and IKK there for lunch. 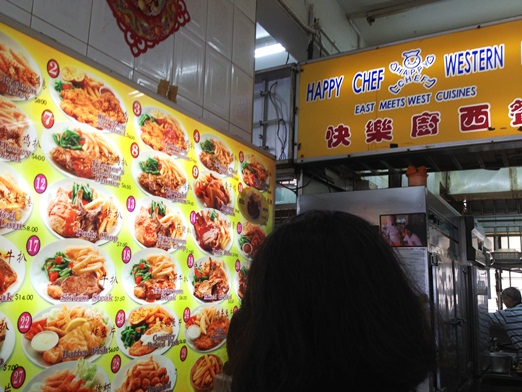 As we approached the block where the kopitiam is located, we already saw a long line snaking out of it! Wah, so famous ah, need to wait long or not?! To our relief, the queue was from a neighbouring bak chor mee (means must try next time oso). We overheard one patron who had the bak chor mee said "wait 1 hour and a half, eat 10 minutes finish" ... crazy!! Ooookiee.... will save that for another day...

Anyway, there is a wide selection of western food available at Happy Chef. Pork chop, chicken kiev, stuffed pork loin, chicken chop, fish and chips etc etc. From the menu (whichever portion that is not blocked by the blasted aunty), you can see that there has to be at least 30 types of choices!

Since the pork chop and stuffed pork loin is famous, we decided to order those. Then we wanted the chicken kiev as well but decided that too many deep fried items won't be feasible, so we ordered a BBQ chicken Cajun instead. 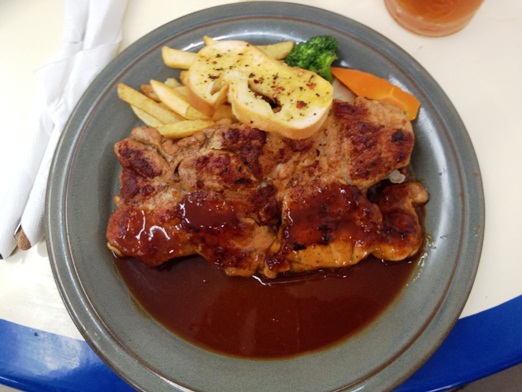 Had to wait for a bit... maybe 10-15 minutes before our orders came long..... BBQ Chicken Cajun - the chicken fillet is oh so tender.... and the garlic bread!! Garlic with butter and the chilli flakes set these babies apart. Don't even get me started on the gravy... very wholesome sort of meal. 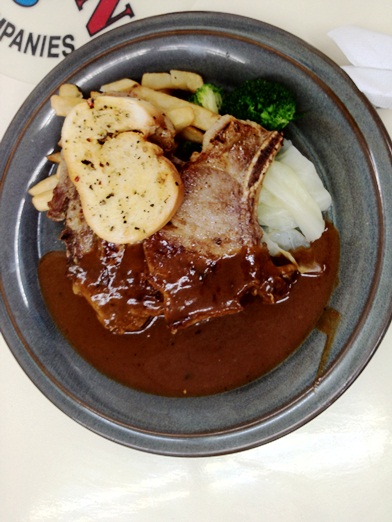 Pork chop. When this plate was first served in front of me, my first thought was, wah, the pork looks like it's gonna take more than a knife to cut through... an electric saw maybe... but I was very pleasantly surprised by how tender the pork chop is! Yummy, yummy, yummy. 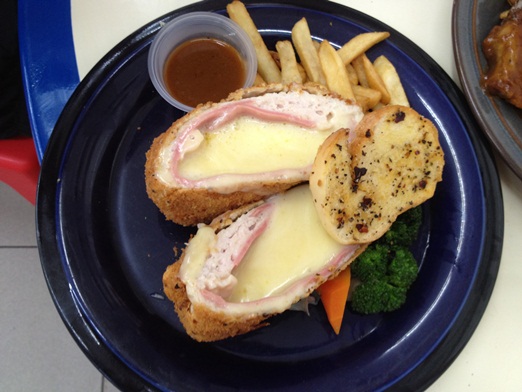 And finally, the anticipated stuffed pork loin... ham rolled in breaded chicken and stuffed with cheddar cheese... droooooollll...... Very generous helping of the cheese, oozy and gooey ....... Portions are pretty huge as well, you'll be really shocked how much they cost.

Stuffed pork loin is about $8, pork chop at $7 and Cajun chicken at $6. Low prices for a top notch, delicious meal! IKK and MCC, who are both quite ngiao people, are very pleased with this new food find. Even MCC has started making plans to detour after work for tapao as the kopitiam is quite close to her office. 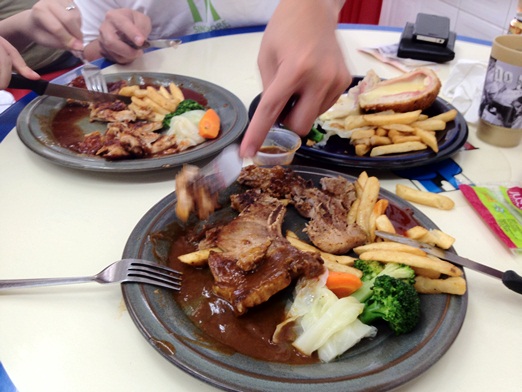 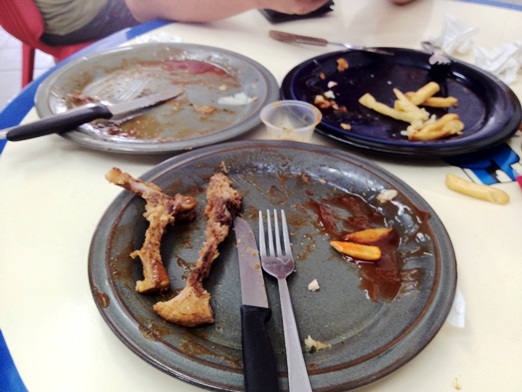 Just a wee bit of a background check on the old couple manning the stall hehehe... Apparently they've lived in Sydney for over 15 years while their kids were studying there. Back then, they opened a place and serve western dishes as well as fusion ones. Their restaurant emerged top 10 in some food honour list or something la. Only after their children have graduated that they decided to come back to Singapore.... and open a very affordable and quality western food place!