By far, this has got to be one of the worst nights ever. Coincidentally, Aquatic Night is also the election day. 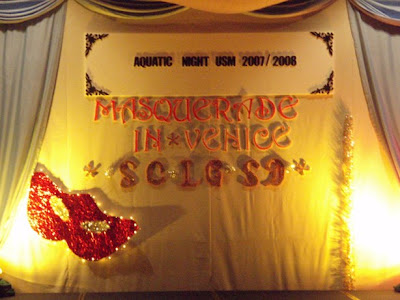 I started to get ready roughly around 5 plus. I thought a good 1 hour and half would be sufficient time for me to bathe, blow dry my hair, apply make up and get dressed. Boy I was so wrong. My hair took a long time to dry and the frizzes kept coming out that I had to apply and reapply hairspray.
By the time I was done with my hair it was already 6.15. No call from TY yet, fine, rush rush rush. Started on the makeup and then received call from TY. Told him I need another 10 mins or so. He said fine, he'll be going over to Dell and in 15 at my place. Put whatever decorative stuff on myself, felt like a Christmas tree by then.
7pm, TY reached and I have yet to pack my purse, shoved the key into the keyhole and told TY to let himself in. After like a few minutes or so he did not come in, I went to check and he had this very annoyed kind of look and pointed out that there's no key to the padlock on the door. It was, sheesh! The damn padlock was never been used for the whole of 1 year I was there, and there was no spare key in the house and no bloody other housemates around! I'm locked in!
Panicked, I realised I did not have any of the other housemates' number, tried to call the numbers on the phone bill and finally got hold of one of my housemates. Phone was turned off. Tried again on other numbers and got the other housemate's number. This time she picked up.
"Har, I'm already at my hometown. Sorry le, I didn't know that you did not have the key." Shit I tell you. I was so kan ciong and by then was sweating like a leaked roof. Some more, although I felt that in this case, it was not my fault but apparently it was not so. How the bloody hell I know that the housemate would have locked the goddamn padlock? And although I did recall that I have their numbers, I do not. I guess it's my fault plus a part of bad luck. Finally Chin Teng got hold of a locksmith. This whole fiasco cost me RM45. Just to bloody get the door open. I felt so pai seh that I made the others who followed TY late. Soon Jiun, Chin Teng and their respective girlfriends.
Along the Jelutong Expressway, as if the day could not have been worse, we came across an accident scene. Recognising the car as one of the senior LGs, we stopped by the side. There was one pedestrian hurt, and already have been sent to the clinic. None of my seniors were injured.
Reached Cititel at 8.30pm. The function already started around 7.50pm. By that time, I can feel the hate wave generating towards me and just was not in the mood for a lot of eating. 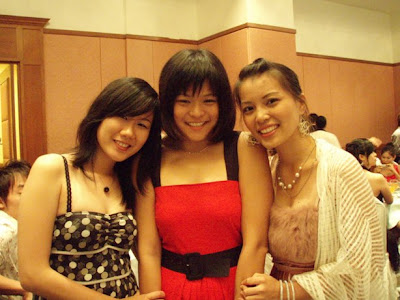 Sweet: with Soo Bee and Popo. 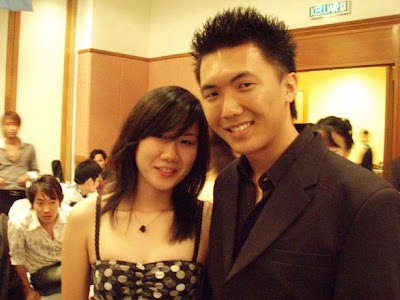 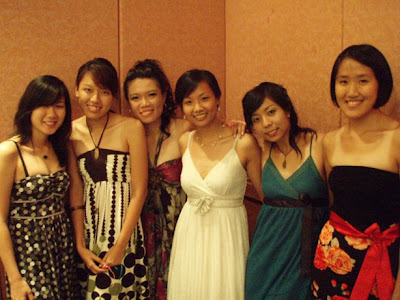 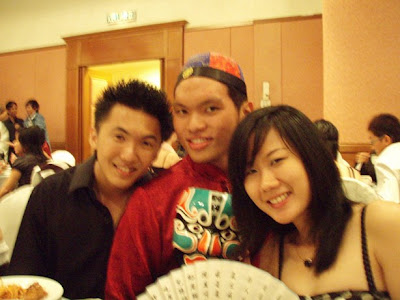 With Evan and his superb costume. With some of my students(the 3 monkeys behind me) back row: Lye Siong, Edwin, Kar Keong and Wei Wah. Front: Kevin, me and James. 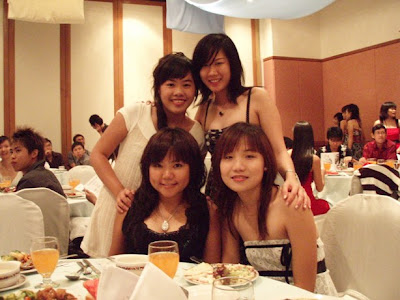 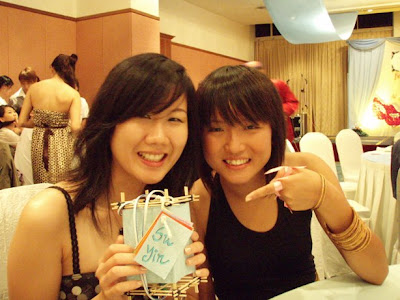 With Jo Lynn, me holding a lantern thingie that the juniors made for we final year gift. It's way so much better than the last year's. A lot of effort they must have put in, those things look like miniature gadgety stuff.
Initially wanted to go clubbing with the others, but the night was stopped very abruptly and everyone was advised to leave for home early, due to possible riots. Too bad it had to happen on my final year, did not even take pics with everyone yet, no group photo! Sigh... like I said, it was not a night to remember. Maybe it is, but for all the wrong reasons.
Posted by Giffo Hoots at March 09, 2008
Email ThisBlogThis!Share to TwitterShare to FacebookShare to Pinterest
Labels: Aqua Dynamics, Events