Indiana Jones and the Kingdom of the Crystal Skull

Indiana Jones is one of the movies that I grew up watching! As a kid, I love the adventures, the puzzles and how he solves them. 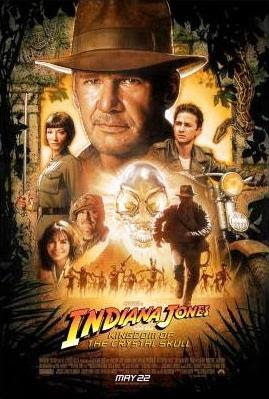 IJ&KOTCS has all the essential ingredients.... except a good ending. Aliens? Lol... That's pretty far-fetched and er... highly imaginative, but unrealistic and totally bombed the finale.

Then ar, this bloody old man like very besi like that. In a scene where Indy finds himself in a neighbourhood of dummies with made up residences, he realises that it was all for an atomic bomb experiment. Then he quickly stuffs himself into a refridgerator at the very last nano second as the bomb explodes. The fridge then blasted into the night some 2 miles away probably where all the other exposed dummies are burnt to ashes but Indy staggers out of the fridge, unharmed, totally regaining his composure.