I have so many food blog posts that I don't know which ones to start with. There are the Baling food post (which I cannot start on because most of the photos are with TY), then there's the Kampachi meal... @@

Decided to start on some of the recent ones. Went out cycling at Bukit Cahaya in Shah Alam with some of the old lifeguard friends. The hill is also where Skytrex is located. Rented bicycles at RM3 per hour, anyways the highlight is of course the meal to replace all those calories burnt.

Lye Siong brought us over to his girlfriend, Tien Sin's father's bak kut teh shop in Klang (off Jalan Besar) after I insisted we have the 'original Bak Kut Teh' and not the commercialized ones ^^" 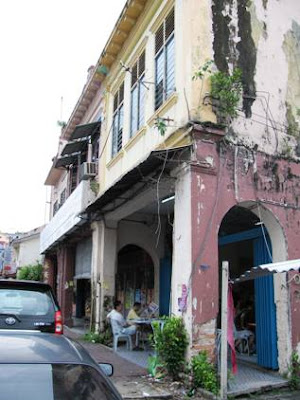 Commercialized are the types of BKT that have been added with so many other ingredients that they have lost the true essence of BKT. This old shop Lye Siong brings us does not include meatballs, not beancurd sticks nor enoki mushrooms. It's made up of a simple equation of the broth, and the pork bones. 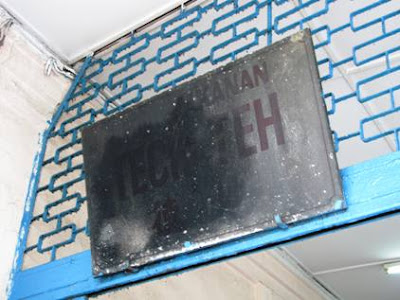 The shop has been around ever since Tien Sin's grandfather opened it. Even the shop sign is barely discernible. Apparently there have been food review TV shows who have approached the owner but he has refused simply because he doesn't like all the commercializing. Even some business owner has come to him wanting to reproduce his BKT in powdered form but he has also refused. I trust that this ensures quality control throughout all these years. 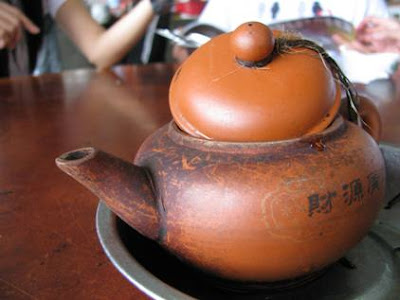 Do not be deceived by its less than average appearance. 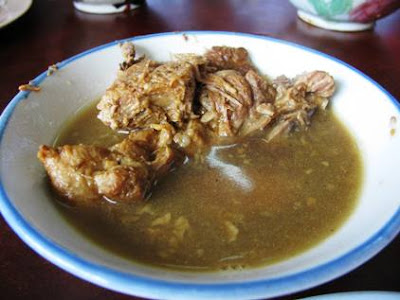 I have never tasted a better bak kut teh broth! The soup is so fragrant and rich in all sort of herbal ingredients. The pork meat so soft and succulent. Not all of the pork fat has been removed and when I sink my teeth into the soft fatty meat I almost melted.....

I tambah-ed like 2 more bowls of the broth cos it's simply omfgood. 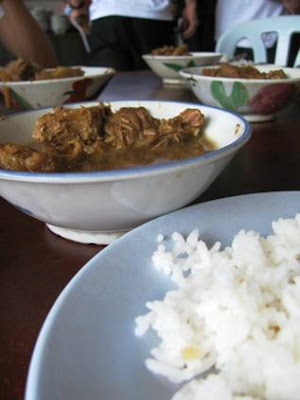 When I say the BKT is simple, I mean it. No yu ca kuey (T___T) to accompany it. Not even chopped chilis or garlic!

Apparently, the brother of the owner also has another BKT shop just across the road. The shop is called Teck Seong (after googling, barely any results were found for this shop here). Lye Siong said that this Teck Teh shop is the first one to be opened. However, because the owner does not do much advertising/promoting hence the shop's business never seem to grow. 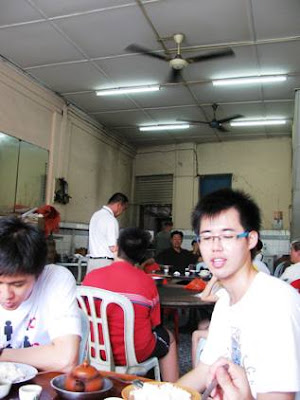 Which is why, a BKT shop this good, but it's only half-occupied. Only those who have been visiting the place for years or locals would ever know to visit this shop. Notice that even the shop sign does not declare this being a BKT shop lol. 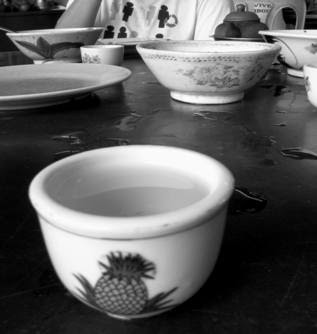 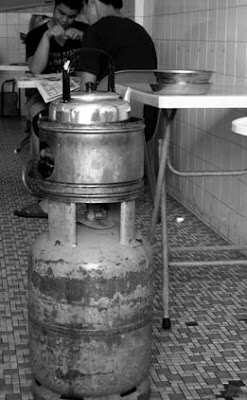 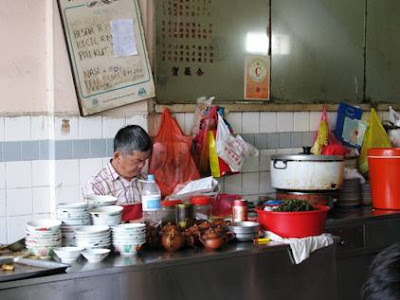 I queried Lye Siong, whether his gf has learnt the absolute recipe for the BKT and Lye Siong said no (!!!) even though he has asked her to. I told Lye Siong that I would be more than happy to learn the recipe and cook for him when he wants to rofl. 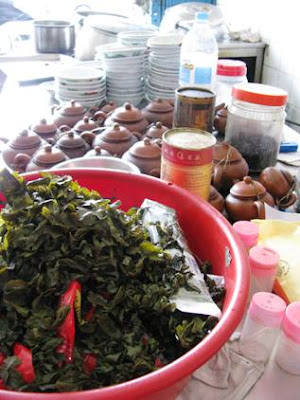 Those green seaweed-ish stuff are the tea leaves. 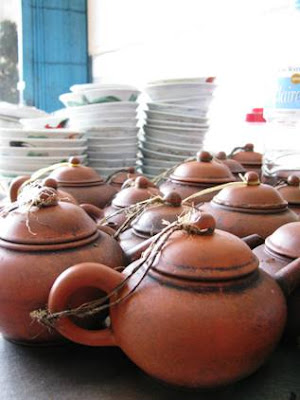 Seriously I am going to learn how to make that fab BKT even if it kills me.

Posted by Giffo Hoots at May 23, 2010
Email ThisBlogThis!Share to TwitterShare to FacebookShare to Pinterest
Labels: Food-Local Slurps, Food-Street Food