Before our trip to Paris, I buried myself in articles, reviews and travel tips.... with a large focus on food. A name that kept popping up was Frenchie and the more I read about it, the more determined I am to pop in for a taste. My short affair with Frenchie was a lot like swimming in muck. The harder I try to swim, the more I seem to sink.

First, Frenchie is notorious for its difficulty in securing a reservation. I tried calling, and true enough - nobody seemed to pick up, the call gets an answering machine, or I get a busy tone. So I swam with a little more rigour - and finally someone picked up! I got a reservation!

But that was in May. Then our trip was postponed so Frenchie did not happen. A month before our trip in July, I called Frenchie again - and after multiple insistent calls, my call was intercepted. Tried to book a table but they were full. Asked for a different date - they are closed for the whole of August. Wuaaaahhhhh!!!

And because we didn't make it to Frenchie, we visited its sister, Frenchie To Go. FTG is a wine bar, and they serve bistro munches in the day - no reservation required. Which shall my my consolation... or not. 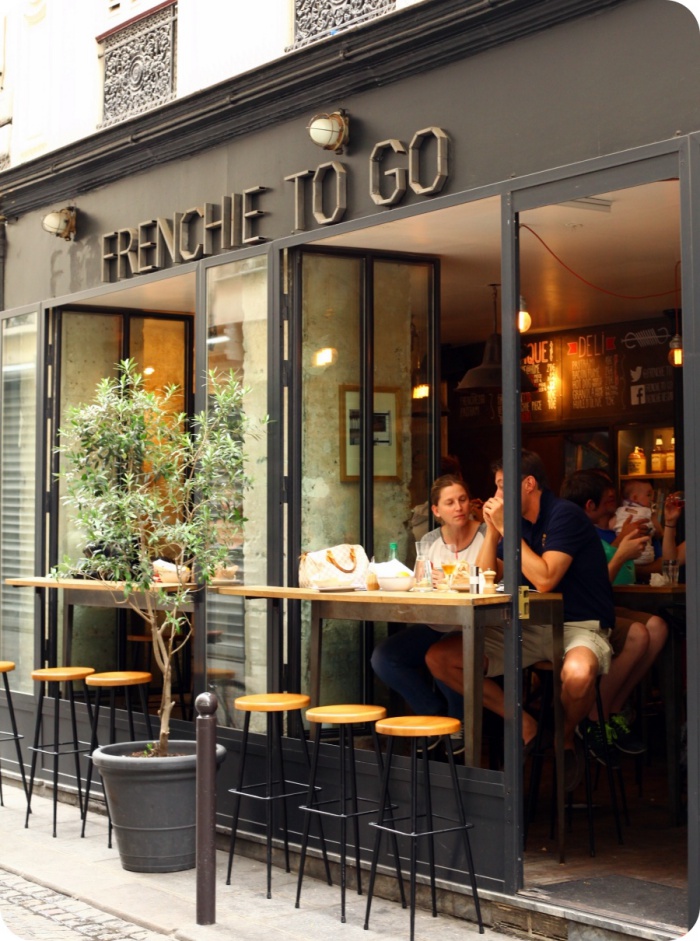 The chef used to work for Jamie Oliver, and he was given the nickname Frenchie - which stuck.

Getting there wasn't easy - we circled around and only managed to find FTG after we'd asked for directions (and yes, V initiated it - he must be hungry). 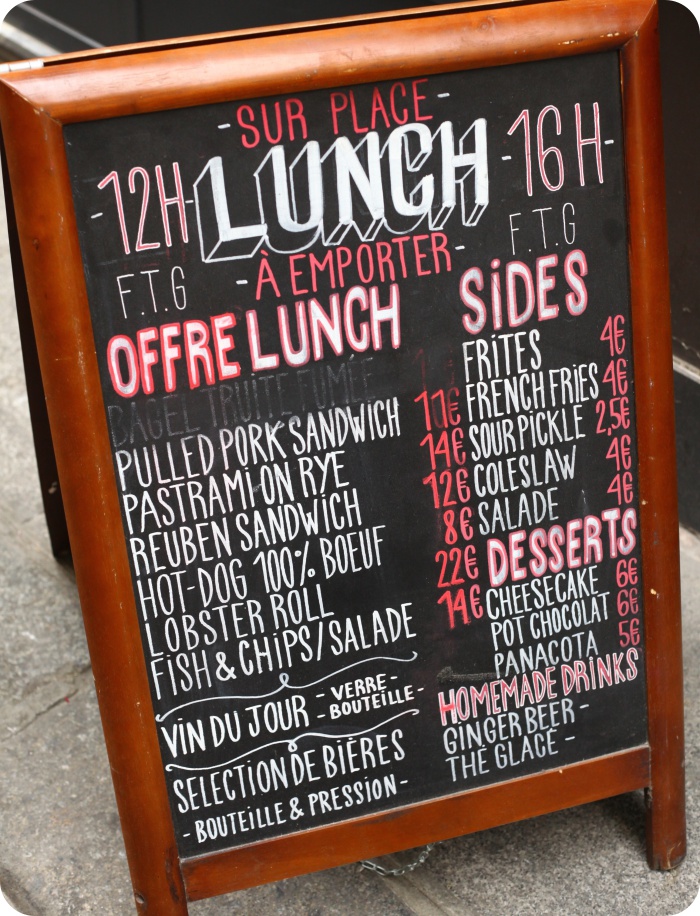 I badly wanted to try their lobster roll (because it looks promisingly delish!), but with just my luck - they obviously ran out of lobsters. Damn it, Frenchie.

I ordered the pulled pork sandwich instead .... 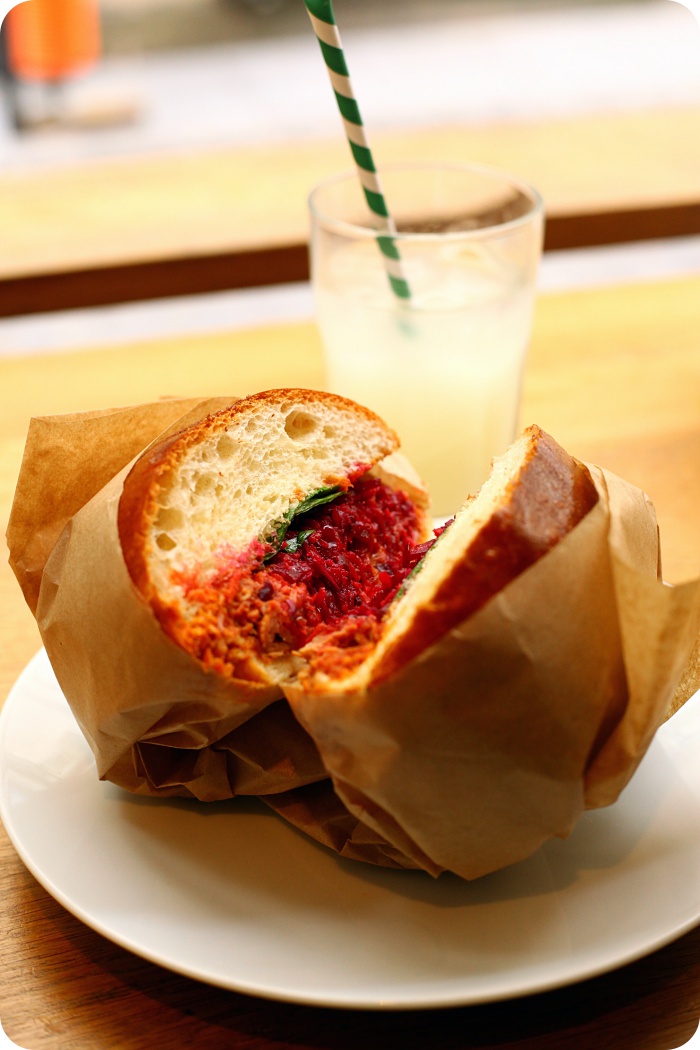 Which I thought was over-rated. The sauces soaked the buns and made them soggy. Pulled pork was okay, although I don't think it went well with the buns. I reckon the sandwich could use with a bit of an overhaul and more fillings preferably!

I do like the ginger ale, though, especially as it is served with a paper straw. The paper straw idea is great - at least that's recyclable. Can you imagine the number of plastic straws discarded after a single use every time? 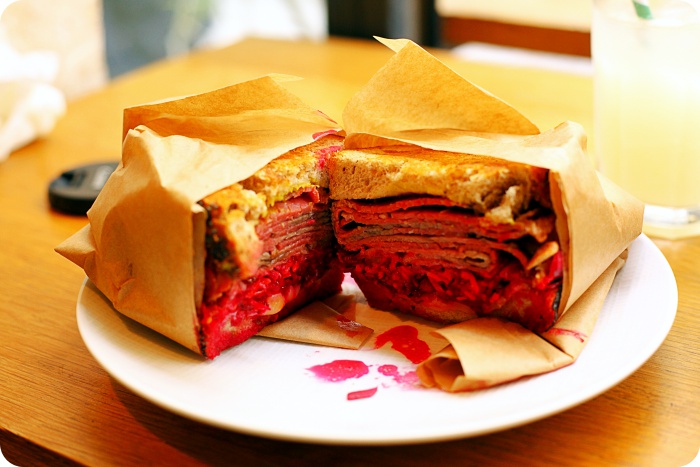 Vinnie's order of pastrami rye was much better, although the beets also soaked the bread. Perhaps the bread needs more butter? Or less beetroot? Maybe the placement of the beet should have been between the pastrami? Question, and more questions that we did not get answered at Frenchie To Go...