When I couldn't get a reservation in Frenchie, I started to focus on a lesser known but highly reviewed restaurant. I'm glad I did as I uncovered other gems of Paris restaurants.

One of such gem is Cuisine de la Philippe. The interwebz sang praises for his soufflé. Oh, and much, much easier to confirm a reservation too! All it took was one phone call, a couple of rings and Philippe himself picks up, confirms my reservation, done and dusted. Feckin Frenchie....

La Cuisine de Philippe is one of the few restaurants open on a Saturday, which was one of the reasons we chose to go. It is small, quaint and very -  for a lack of word - French. We were led to the back of the restaurant and seated beside an Asian family. Umm.... 'kay. Whatever that means. 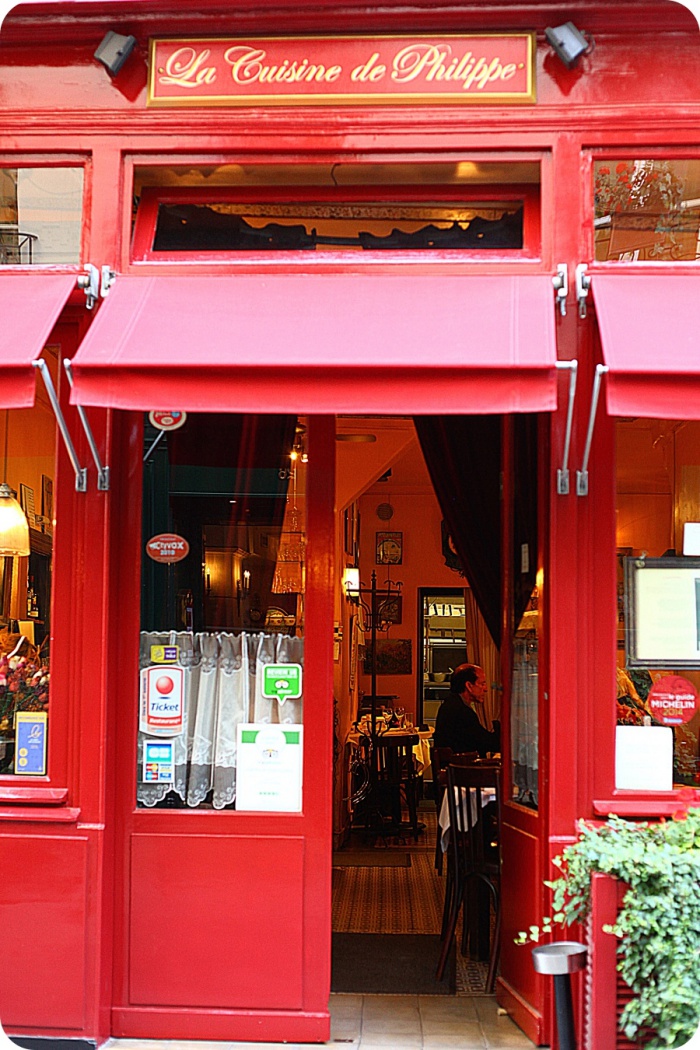 V ordered the lobster soufflé for starters, while I chose a foie gras with a blueberry sauce (this is all pretty much based from memory as I think the menus were in French!). By then it was almost 8 and the place started filling up. Reservation is a definite here! 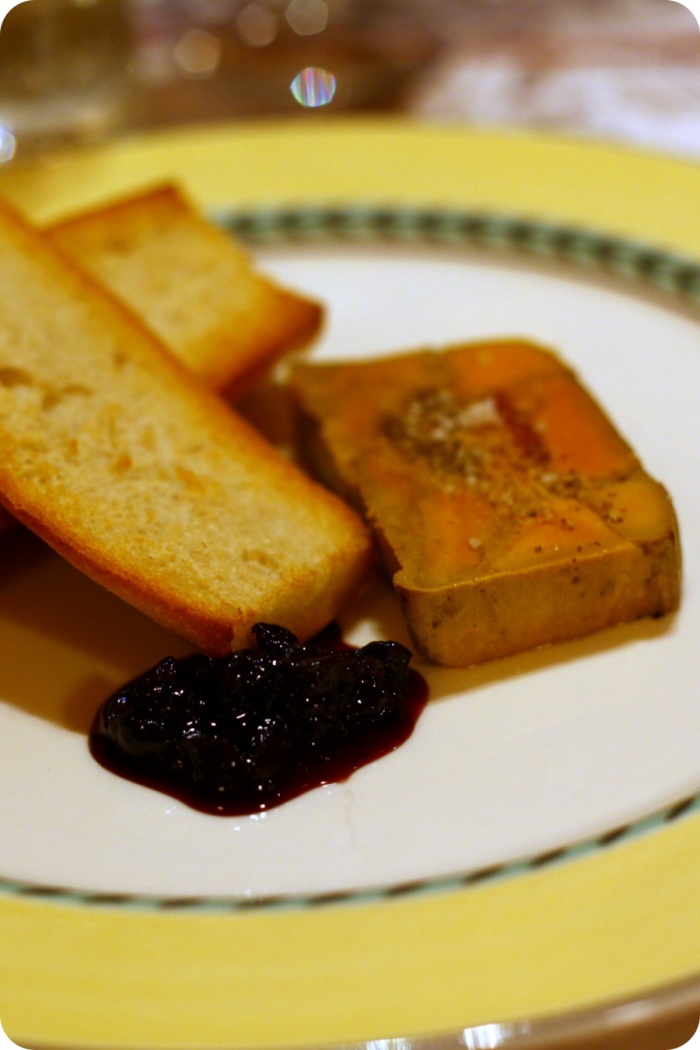 Foie gras - mmmm, decadent! It goes really well with the toasted fresh baguette, and blueberry sauce. I am a huge fan of foie gras, as unethical as it is, but the rich, fatty flavour is out of this world!

I stole a bite of V's lobster soufflé too.. wow, they are amazingly light and fluffy, I can understand why people fawn over them now, the chef is the master of Soufflé  (just like how Chef Yannick is the Jelly King...). 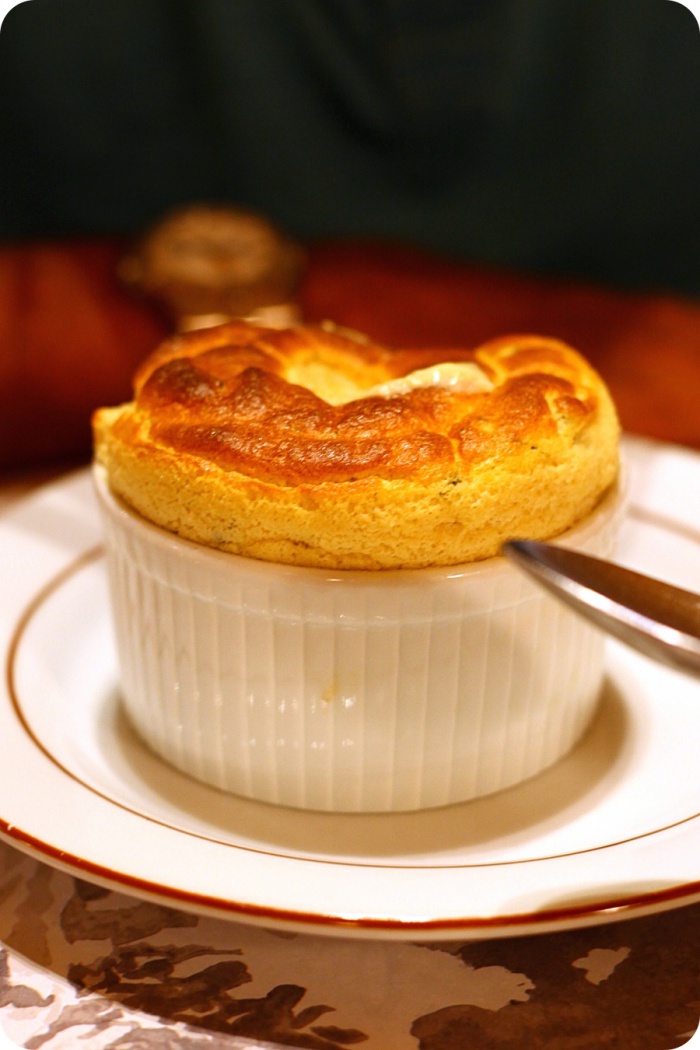 Check out the golden sheen on V's lobster soufflé. A little soft poke and it just falls apart, it is so light!

For main, I ordered a duck dish with baked potatoes and came in a medley of greens. 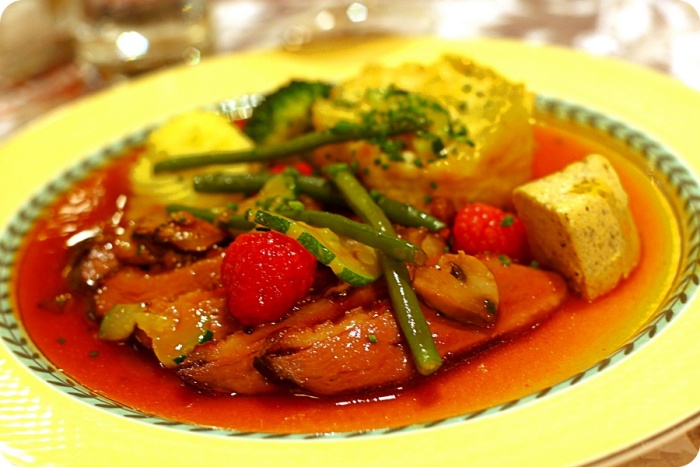 My, my. It is easily the best duck I've ever tried. Paired with a sweet gravy, some cheese, mushroom and cranberry, the duck is to die for.

V's main course was a braised beed, which I forgot to take a photo of and I thought was less than stellar. It didn't impress me, I thought it was boring. And a pistachio and chocolate soufflé to finish it off... Vinnie liked this one, although I personally did not because it had a strong almond-y taste, so we swapped plates, and I took his raspberry one, hehe. The texture was as good as the earlier soufflé, soft and airy.

After our dinner, Chef Philippe himself came out and introduce himself to us - a nice touch that wraps up our meal with warmth and gave it a personal touch. If you're ever in town, I'd say the soufflés and the duck is a must try!