... and a rekindling of an old love affair - sneaking in every night for a clandestine meeting with the softest milk pudding... and leaving with a big, plump and satisfied smile on my face. 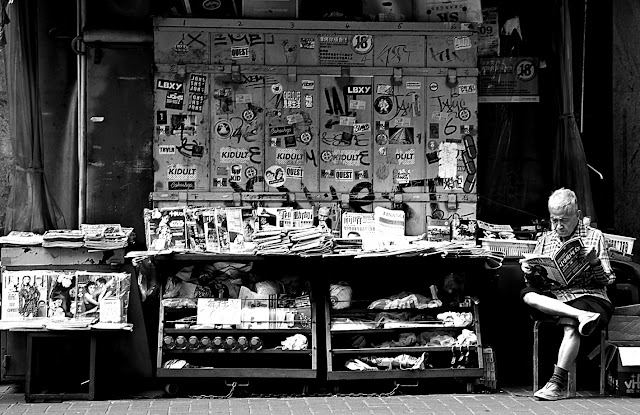 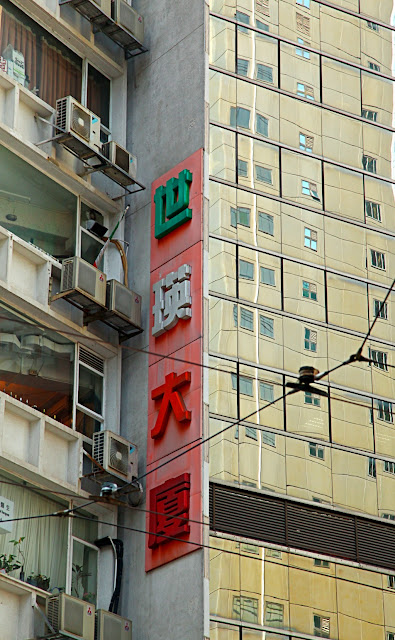 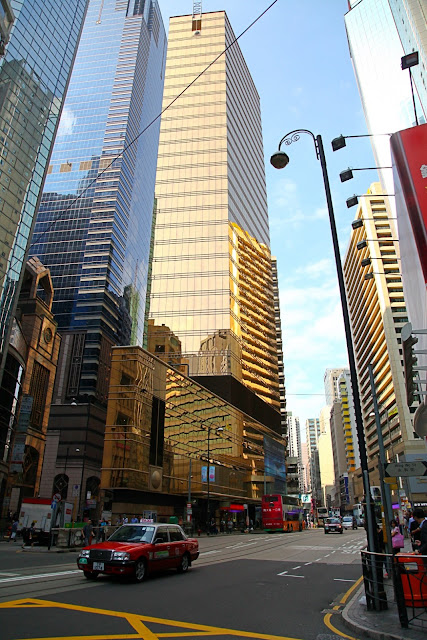 Weather was quite pleasant - and as usual, it was only really nicely under 20 degrees on the day we left.

Here at Kam's Roast Goose for the second or third consecutive day!! We've also learnt to dodge the mental queues - arriving at the popular lunch/dinner spot at tea time. It makes a whole lotta difference between waiting for 50 minutes vs no queue! 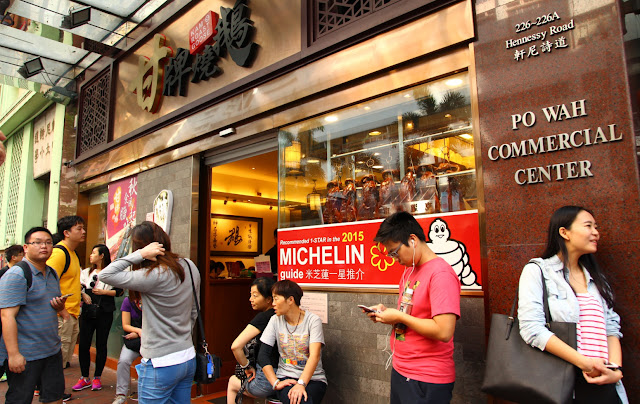 The glutton in me wanted to try everything on the menu. I finally settled for the roast goose with roast pork sausages. Bad idea. Next time, just settle with roast goose - that's what Kam's is known for, and that shall be all you need to try! 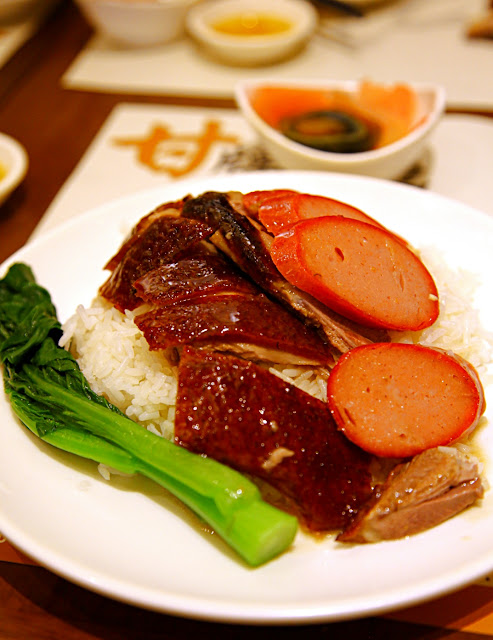 Nothing, nothing can ever come close to these superlicious roast goose! Juicy and fatty skin over tender meat.... the pork sausages did not impress, though. The century egg also tasted very alkaline. And for the sake of checking off the list of favourites (I do like wanton noodles, but they don't make me palpitate the way roast goose do), we found ourselves in front of Mak's noodles. 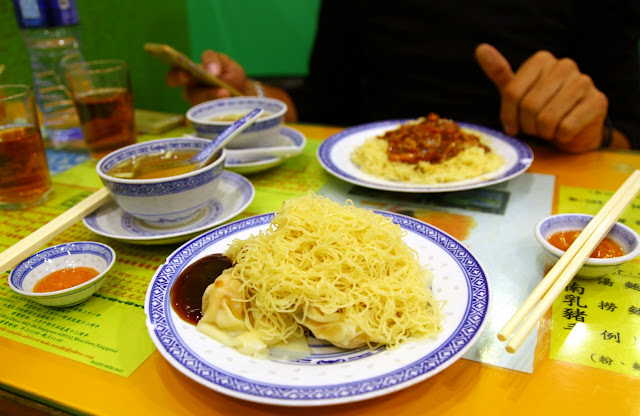 Don't get me wrong - I love the noodles here. Very different from the thicker wanton noodles we get back home. Mak's are very light and springy. I ordered the dumplings (dumplings are the ones with pork and shrimp, wanton have only pork) with dry noodles (the soup noodles seem to be more popular here) and Vinnie a charsiew version - which is very nice too. 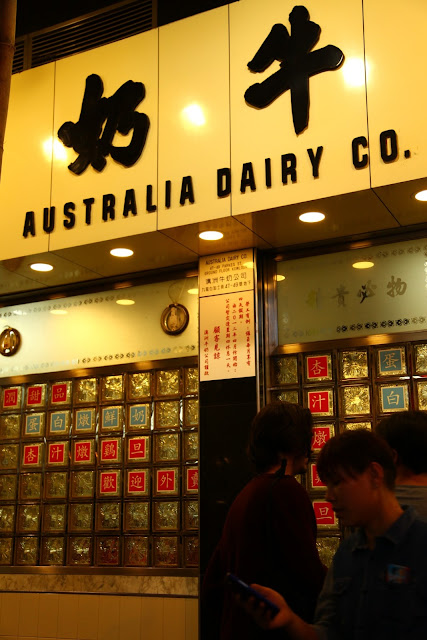 Oh, Aussie Dairy co. Though you seem to have nothing to do with the land down under, but your steamed milk pudding are irresistible!! We shamelessly admit we came here on a nightly basis. And even more unabashedly - for supper. 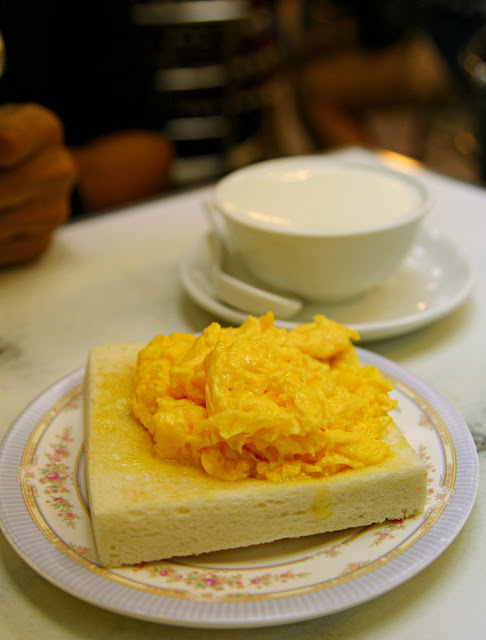 We didn't stop at the steamed milk pudding..... nor the scrambled eggs with toast.... sometimes topping up with a French toast.

Breakfasts and dinners spawn long queues here too - which is why we've opted to satisfy our cravings late into the night. No queues, and best of all no pressure to finish our food quickly to clear our table. 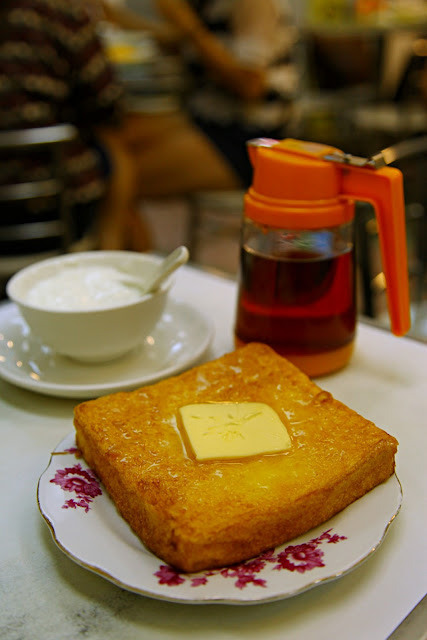 A real sinner of a supper. Thick glob of butter, with honey drizzled over an even coating of French toast. Washed down by the softest milk pudding. I prefer the warm steamed milk pudding - I find the flavours stand out more when they are served warm. 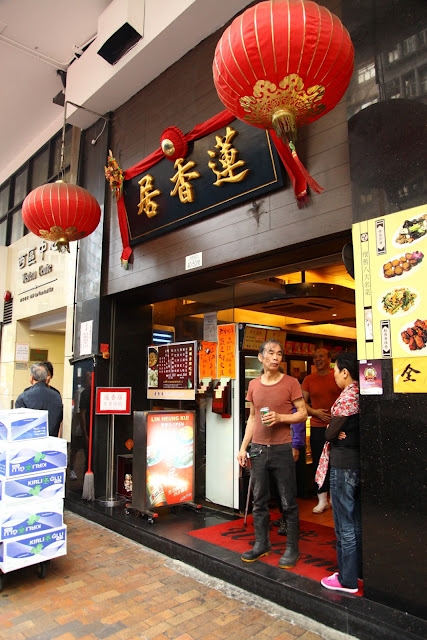 At Gigi's recommendation, we tried the Lin Heung Kui branch in Central this time. They are completely filled with people! We could clearly see that we were 2 of the total 3 tourists in the restaurant (on one of the three floors they occupy).

The choices weren't varied, or so we thought. The first trolley arrived and contain less than desirable items. Thinking perhaps we have made it too late to the restaurant, we picked a few and tried them anyway. The next trolley came out 6-8 minutes later, and didn't have many that we fancy either. Again, we picked  a few cause that's all we may have.

As soon as we were almost stuffed, the latter trolleys that were rolled out has way better dim sum items! &^*%*&.  I am not sure why the intervals between trolleys took so long on that day, or if that is the norm? 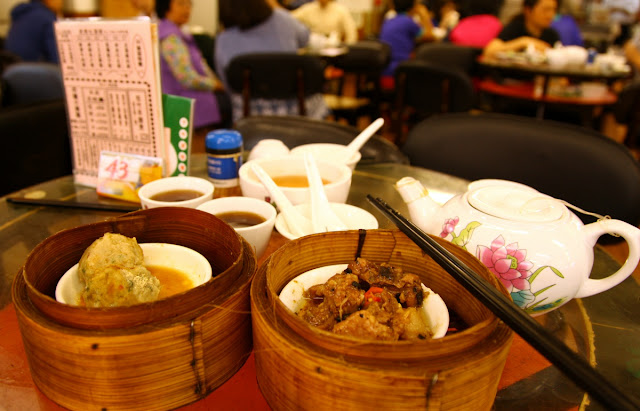 And a very late pre-Christmas lights of the Hong Kong financial district at night to wrap this food-heavy post. 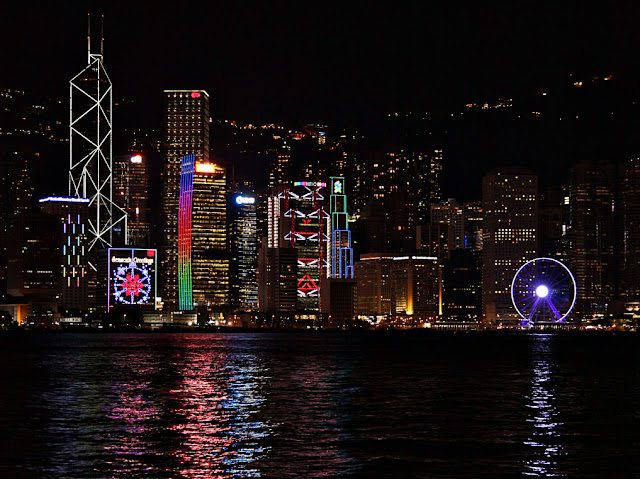