After almost 3 years of not meeting up with each other, finally Ben and Jon are back in SP!

And my, have they grown so much. The boy that I used to fight with a lot is now a charming handsome man and the brother who used to be so short and chubby with rosy cheeks is now even taller than me and is kinda quiet (until he gets warmed up, then he starts chattering non stop) 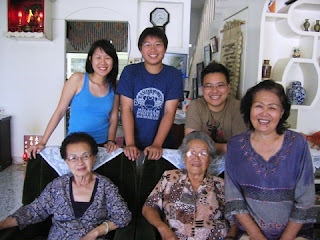 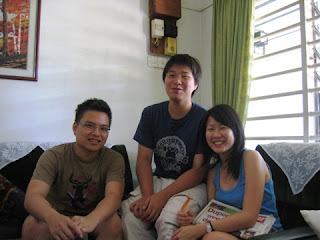 They were being so sarcastic at the point this picture was taken, they were like, Awww, in a sickly sweet way and then mocking me saying things like SuYin san khi, or something like that to embarrass me. 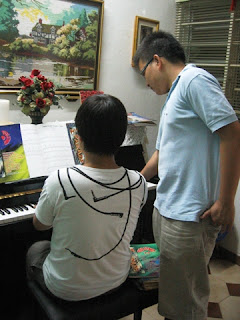 Jon's brilliant with the piano, having performed all over the world as part of an orchestra, played all sorts of tunes and songs just for the fun. I had a lot of fun teasing Jon that he's gotten fat and plump and that he has a bigger ass than me that took up half of the back seat of the car.

Bringing the two monkeys to watch National Treasure cos Jon's only 17 and can't watch Alien Vs Predators, which is rated PG18 hahaha.
Will update if I take any more pics.
Posted by Giffo Hoots at December 31, 2007
Email ThisBlogThis!Share to TwitterShare to FacebookShare to Pinterest
Labels: Events