It was Adrian's treat!!

Got to know about this place from forwarded e-mails that shows girls in maid uniforms as waitresses.

I must say, it sounds a bit pervert-ish.. but the uniform is not so. You'll see in a bit... 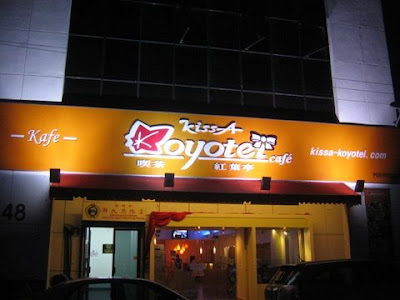 Wonder what it means? Kiss a coyote?

Cute ribbon door handle... Assumes that the interior will be all frilly like a Japanese teen girl room but luckily, it's not. Has clean simple lines instead. Probably to cater old local farts... 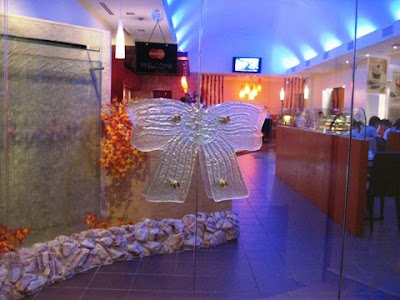 Me and TY followed Adrian over and were supposed to meet up with Alex and Wai Kwan there at 7pm. Well, obviously we were late and we reach 3 quarters of an hour later... Can practically see smoke coming out of Alex's ear. But no fear! He's already had a few plates on his own... Some of what he ordered. 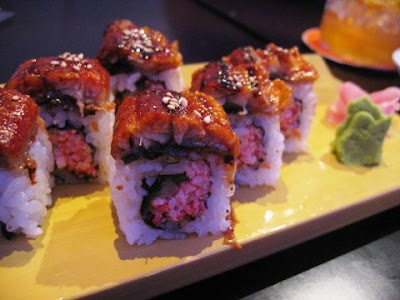 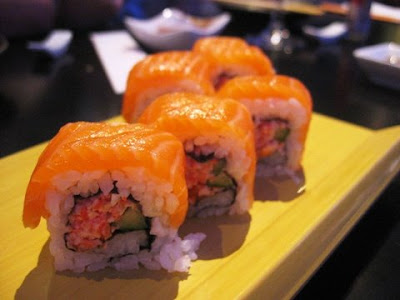 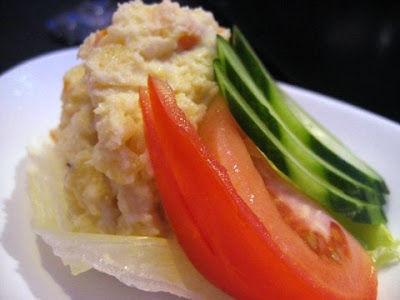 Some salad made from taters, onions, carrots and dunno what else. 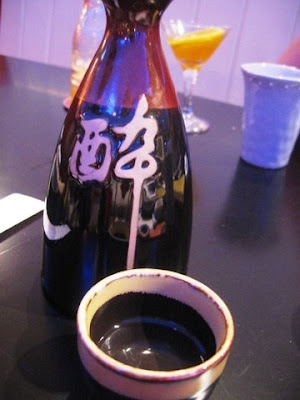 Sake! - It's almost like drinking spirit... the fumes are overwhelming when it's hot. Apparently you hand to drink it hot... before it all evaporates I guess lol.

My all-time fave! Edamame me me 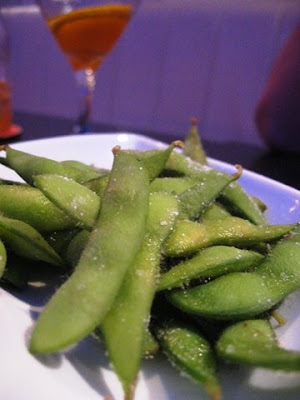 Cha soba. Me and WK took a long time to take photos of all the foodstuff on the table that the guys started complaining that our camera absorbed the cold from the ice on soba and it gets warm cos of us. 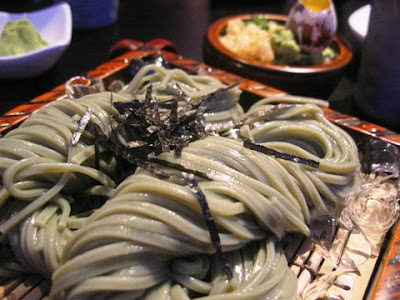 Comes with a cute companion! Bit of side stuffs and raw egg. 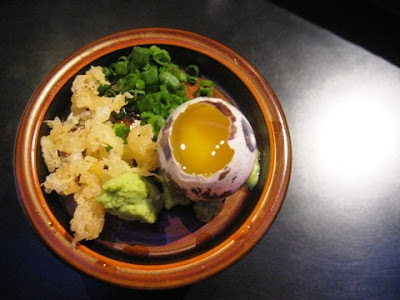 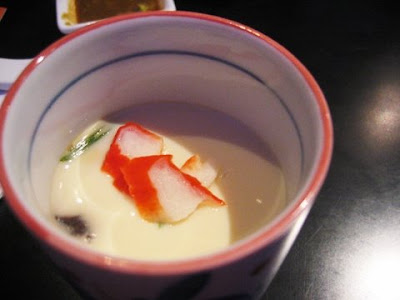 Also ordered California rolls. All sapu-ed by Mr TY himself. 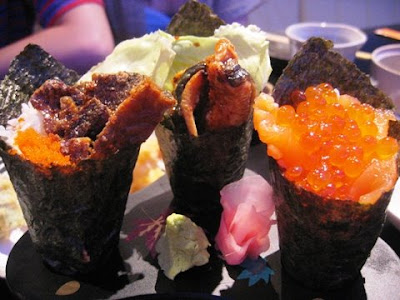 WK also ordered a different sort of soba on her own, another flavour. Here she is, looking all pleased with herself while Alex looks like he's planning to distract her and grab the whole plate when she's not looking. 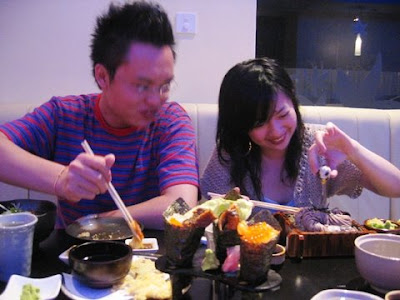 Japanese pizza. Still wondering what it is on the topping. It is thinner than the outer onion skin layer and it gently moves without air disturbance. 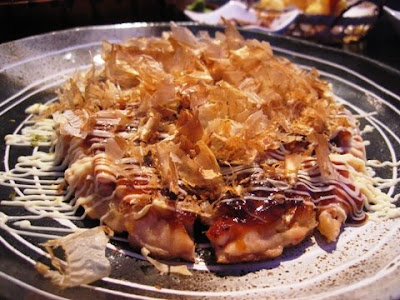 My main! Some sort of chicken Don. Chicken also almost negligible. Tastes okay, but I think I prefer Sakae's. Comes with 3 pieces of thinly sliced pickled peach I think and miso soup. 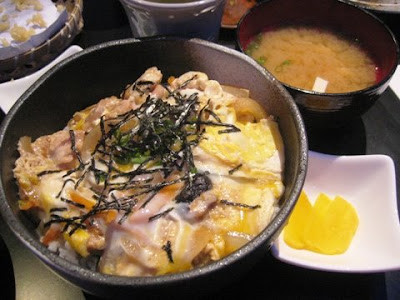 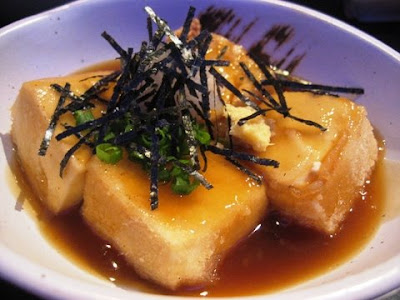 Middle part of the cafe. Loads of alcohol placed here and there. 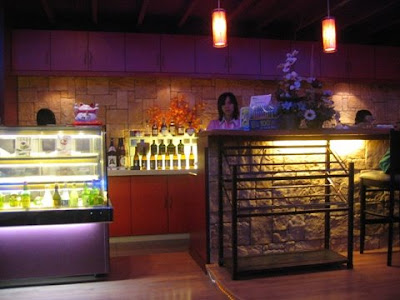 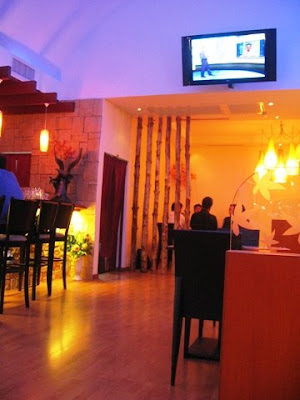 Lookie our sake bottle. It's one and a half litres worth... 50% alcohol... Drinkers' paradise... Alex models with our bottle with red face while WK looks like she doesn't want to have anything to do with him. 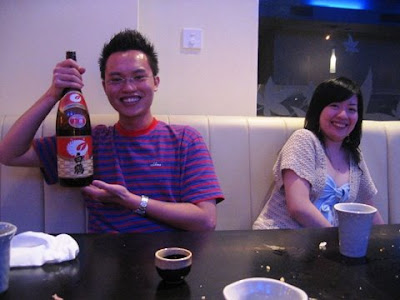 Poor Adrian without a girl clutching his arm by his side had to make do with cosying up with the gigantic bottle. A good prop for foreplay maybe? 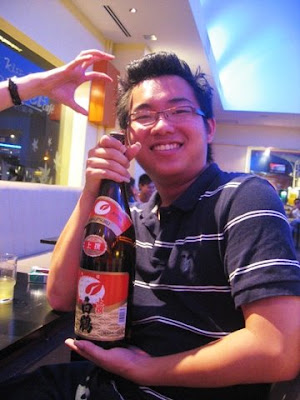 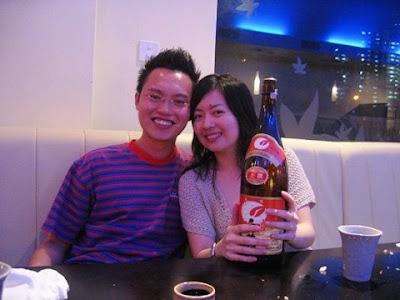 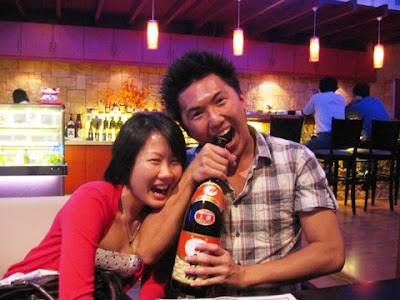 Currently hating the person above. 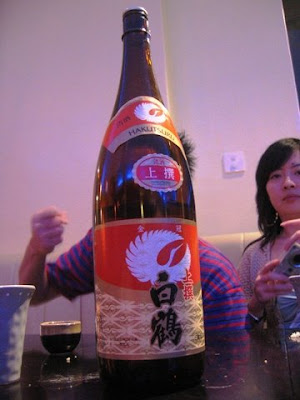 Nah see see see the maids serving us... Nothing exciting right? The uniforms looks puffy, skirt too long and some of them are rather plump... Dun have the oomph geh... 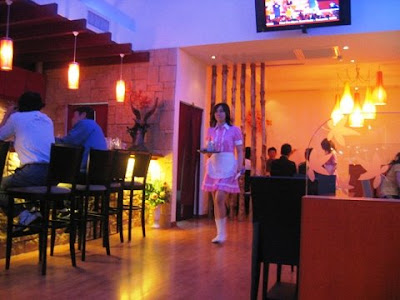 Finally we got ourselves a group pic... 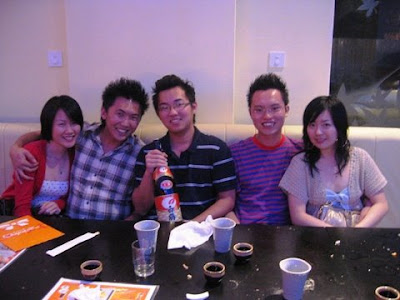 Will I come to this place again? Don't think so. Unless the skirts get much shorter. Bum grazing skirt will do. 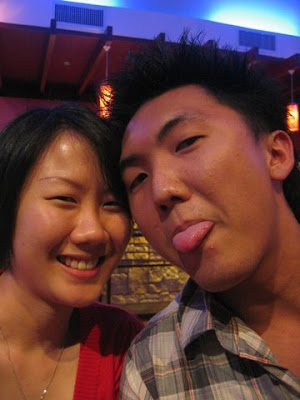