It has been a pretty hectic week. CBTs after CBTs (CBT are our internal electronic tutorial reading materials) with a test on Friday. But that didn't stop us from celebrating St Patrick's Dat :). Hannah is actually an Irish and I asked her what do they normally do when celebrating this day. She laughed and said that the Irish don't celebrate St Paddy, only other people do, well, presumably any reason is good enough to drink, and it was actually the birthday or death, Hannah wasn't too sure either. lol.

Headed for Sherlock's. Finding a car park was like hell. Finally parked at an empty field, probably not legal but loads of other cars were there too. Walked through grass and mud on my nice pair of white heels :( 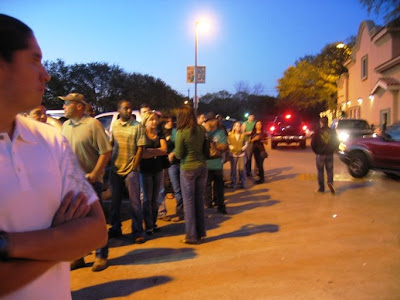 And then there was the long queue to get into the place. Well, the queue was long but it didn't take a long time for us to get in. It was simply a fenced area outdoors and they charged us $5 for the entry. 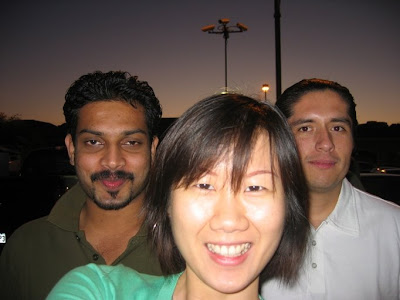 Our car, Shangar, me and Irwin. *surprised look* 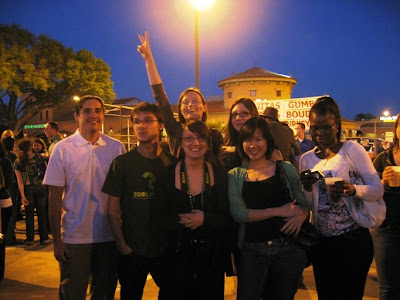 The others were already there, guzzling beer. I got myself a BudLight, the beer was a special edition just for St Paddy. $5 btw. 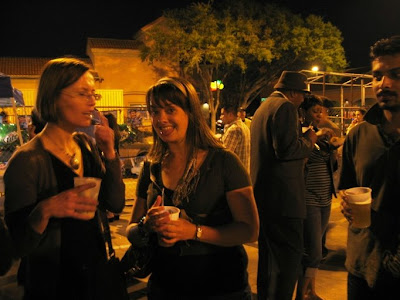 There was a rock band playing at a stage nearby. Good music... good company. 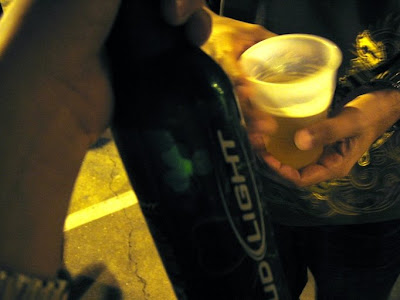 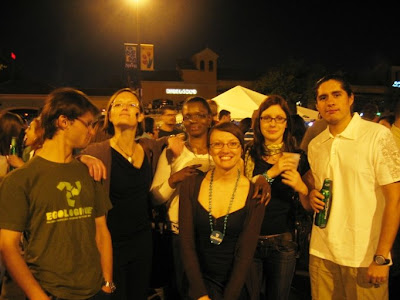 I was starving by the time we were finally able to get our beers (freaking long queue). Good thing was they do serve food too and I got myself Mexican fajitas. There were no tables around, so juggling between holding my BL and my fajitas was tricky... so I stuffed my beer bottle into my handbag lol. See? The many uses of a handbag. 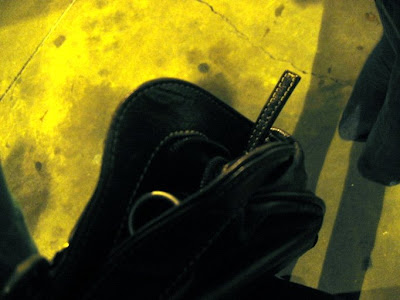 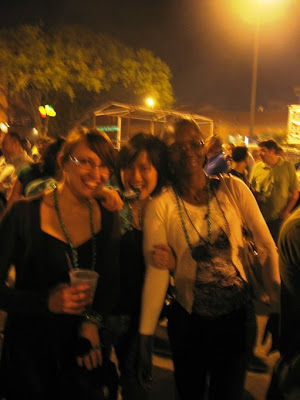 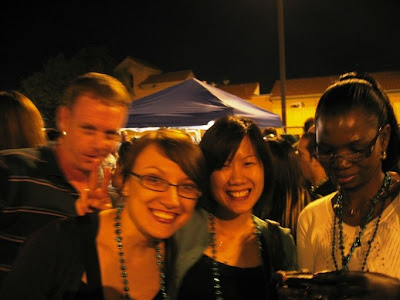 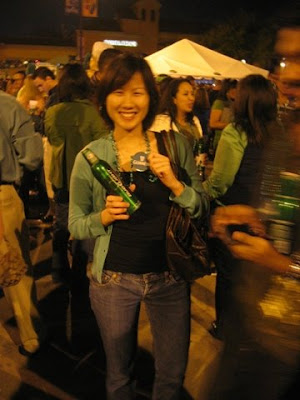 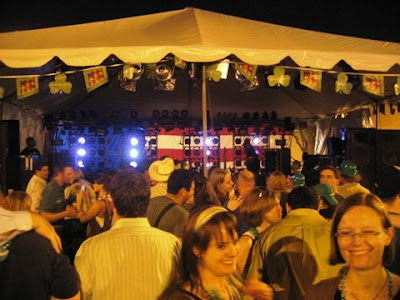 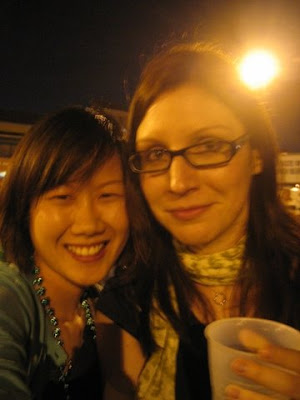 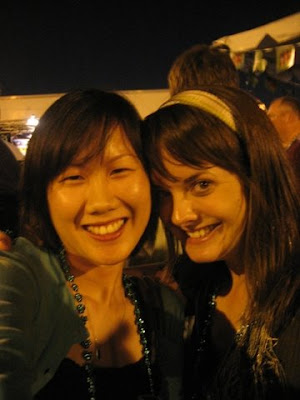 The Irish Hannah and I. 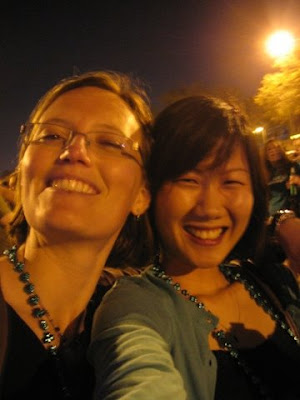 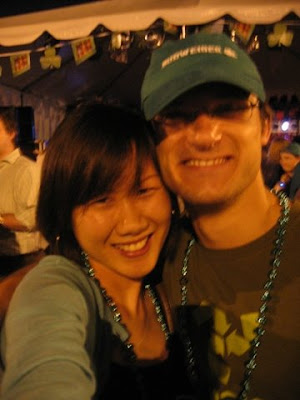 JB and I. Would you believe that the green Budweiser cap he is wearing, he got it off the ground! 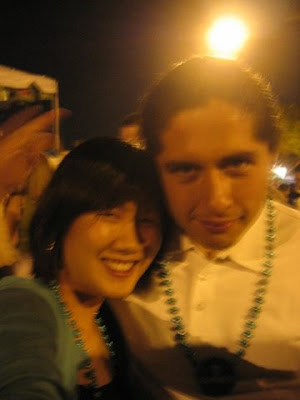 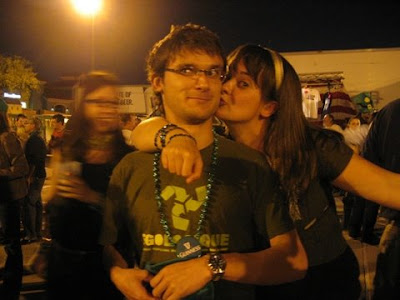 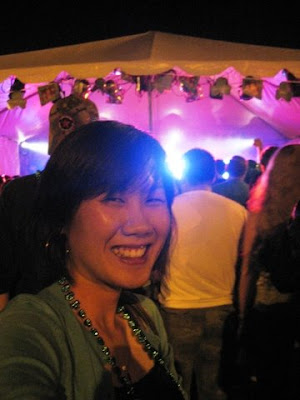 Random drinkers with numerous outfit ... they do stand out lol. 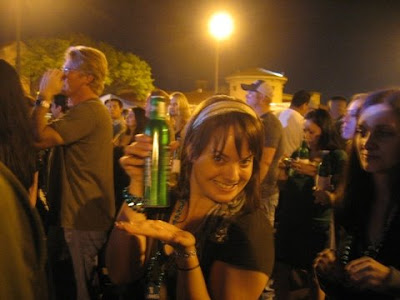 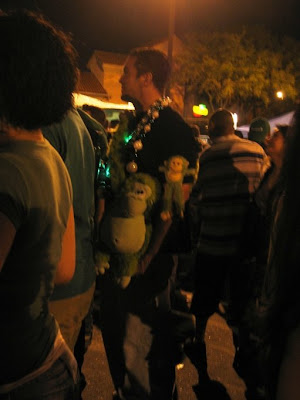 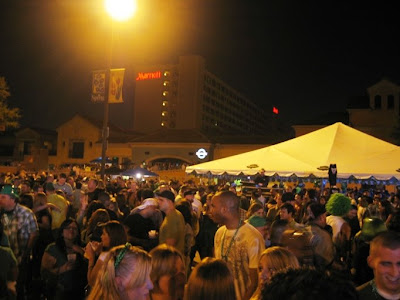 Some band that played that night. They have the most outrageously horrible outfits. The lead singer has this sleeveless green shirt (which was fine, but gets worse as we move downwards), graphic printed white pants and pink hairy boots. You can only catch a glimpse of it here, but I guess that's why they are called rock bands lar. 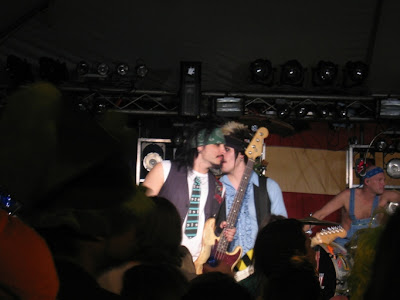 The guitarist is called Johnny Depp. I think you can see why. 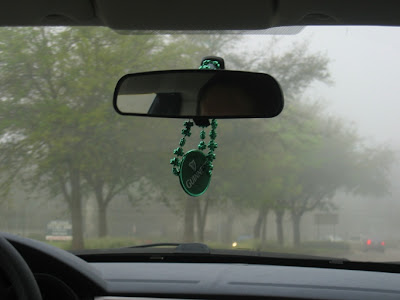 
It's getting late, and tomorrow will be going to the Rodeo. I might post up on my great buys here :) Goodnite.
Posted by Giffo Hoots at March 22, 2009
Email ThisBlogThis!Share to TwitterShare to FacebookShare to Pinterest
Labels: Houston, North America, Texas, U.S.A.