I've tagged this post as a review, but in fact it's the second time I've been here. The first time, also with Wei En, but I did not bring my trusty camera along... and it was a doleful affair as I was constructing images in my mind which I cannot capture because everything looks very delightful there. 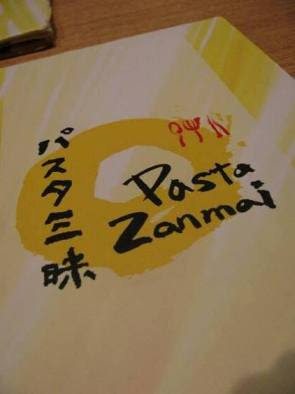 I decided to order the same set I had previously because I simply could not make up my mind and also I loved the set.

Green tea for all of us. 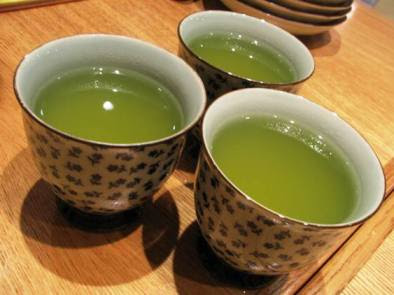 Wei Shan and Wei En's food came first... let's have a look at theirs before we reach my superb one ^^V 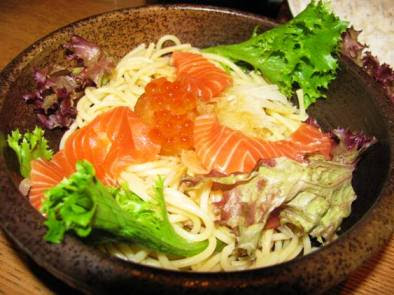 Though I love salmon but this one just doesn't seem to do it for me. Salmon with pasta seems so... wrong? Both have a sort of slippery texture and it's a bit hard for me to enjoy the salmon... also garnished with plain lettuce and purple lettuce. Bah.

Mini Grilled Beef Rice and Miso Soup
(both are mini because they make up a set). 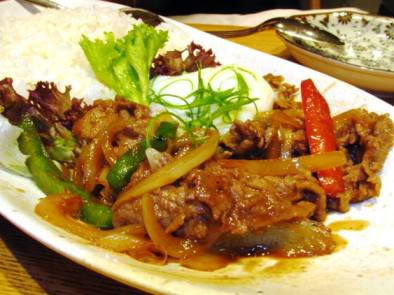 This is boleh tahan lah. Pretty large plate for a small name. Beef has teriyaki flavor and cooked with onions and capsicum slices... I hope you can see the beautiful soft boiled egg back there! Awesomeness... poke and wriggle the yolk and white around, mix together and savor.... love. 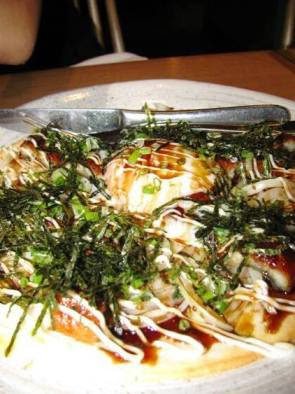 It's very da superrrrbbbbbb! I am a huge fan of the unagi and this one is great, must add loads of wasabi only satisfying.... 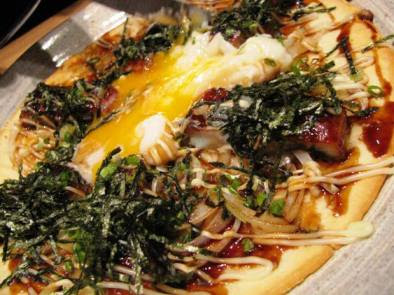 My faves up next. 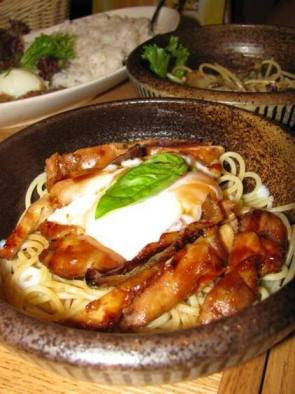 Mini Teriyaki Chicken Pasta
Oso got egg.... the liquid of the egg and the teriyaki sauce mixed together is heavenly... I finished every single strand of pasta and slurp up the entire juice... not a single drop left :D

Waseh, blogging about this makan session really making me happy leh, and extremely hungry at the same time.

The other Mini companion.... also my ultimate fave! 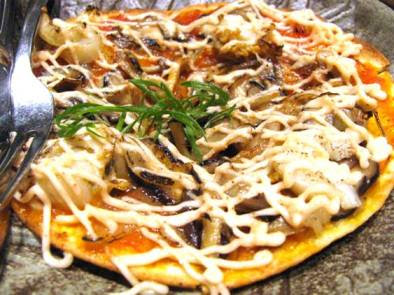 It doesn't look like much, but don't let that less-than-exciting front get to you!
Topped with fat juicy scallops, few types of Japanese mushrooms and creamy mayonnaise.... heaven sent.... 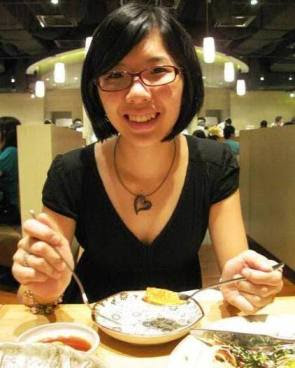 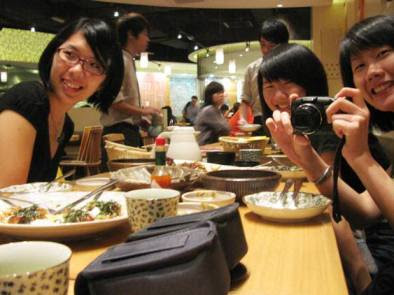 We were supposed to catch the Alice in Wonderland movie and since we didn't have enough time (also because we were almost stuffed la), we only ordered 1 dessert.

Shan and Wei En are like huge fans of green tea, so we ordered a green tea tiramisu. The first time I came here also we ordered this lol. 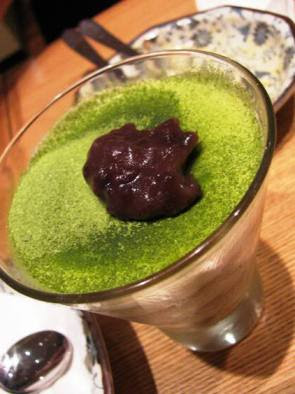 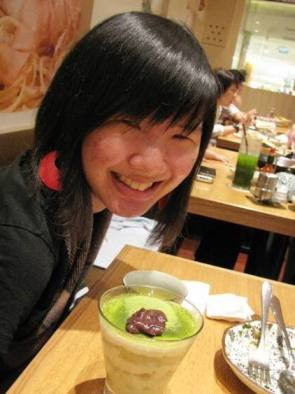 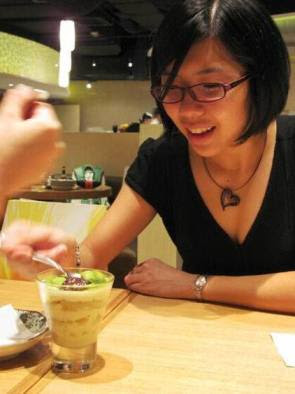 It's very sweet, but still tolerable. It's only a small cup but I suppose it really is enough to be shared. The green tea flavor is not very obvious and I cannot really detect what they put in between the layers, almost although there is coffee liquor but then again... what do I know :) 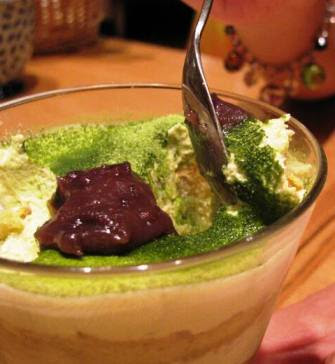