After the very huge (and burnt a huge hole in my purse) dinner, plan was to burn some of them off and also a bid to train up for our upcoming Mount Kinabalu hike ;). A few of the guys in Penang have been training regularly on Penang Hill, some, like twice a week! This newly-known piece of fact made me feel very left behind in terms of stamina and in a way I am!

Started hiking up the hill (we used the stone steps way) around 4pm. Evan probably has one of the best stamina amongst us (TY, ZX and yous truly T-T) due to his kiasu-ness lol. Anyway, digressing, those guys were debating on the accommodations (there are 2 huts on Laban Rata, 3-quarter way up to Mt K summit, 100m apart) and all of them obviously wanted the one higher up because that means less time to hike from the hut to the summit) and I suggested that the fitter ones should be staying at the hut lower down since they are more likely able to catch up with the slower ones then they all like quiet quiet liddat rofl. 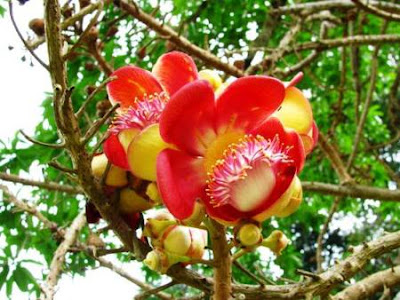 Cannonball flowers. Destructive name for such a pretty flower. 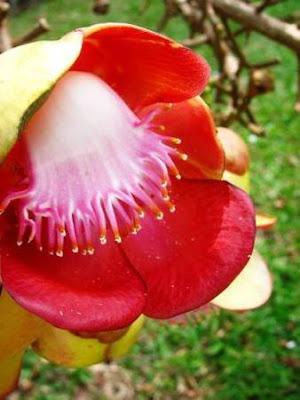 Evan called me a tourist for even bringing my camera out on a hike lol.

The trail up through the stairsteps really made me go out of breath after a bit. But I am proud that at least I managed to keep up with those horses. But I guess it's more to my mentality too. At times I see ZX bending over exhausted but after a bit he would accelerate to the front lol. As for me, I tend to listen to my body, maybe overly so, and once I find my body reaching its limit, I must take a rest.

Found a dead bat along the way. 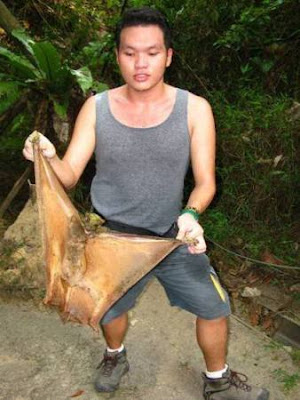 The color that turned out in the picture is really gross, so I just made it black and white. Then no one can lose appetite over the hideous thing... 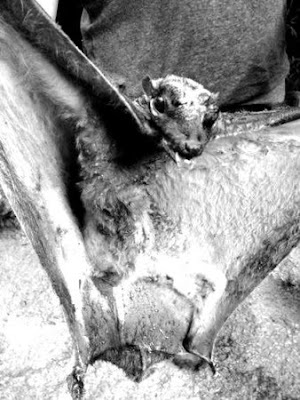 We reach the top of the hill around an hour and half or so from the time we started, which was quite not bad according to Evan lol. But of course we did stop a few times along the way, as there are tea and drinks served on a few stops. Toilets too. Thank god for them.

Along the way down, Evan lead us to an abandoned mansion close to the top of the hill. Craig's Hotel or something like that. 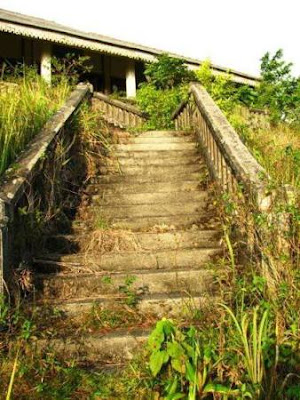 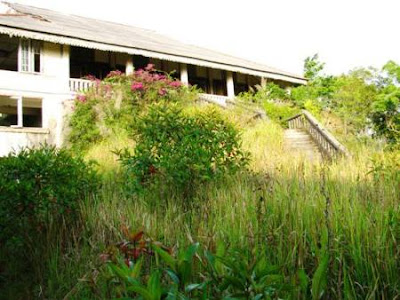 Reversed back in time, the building would look so magnificent. 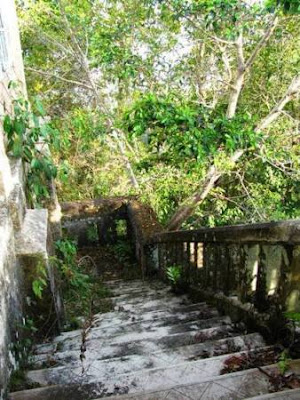 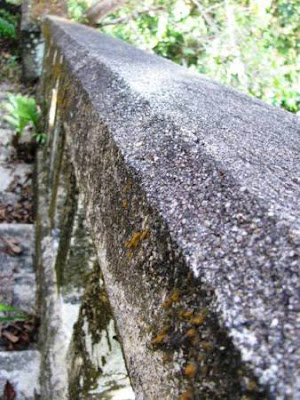 ZX's eye caught a viper lurking in a corner of the building. 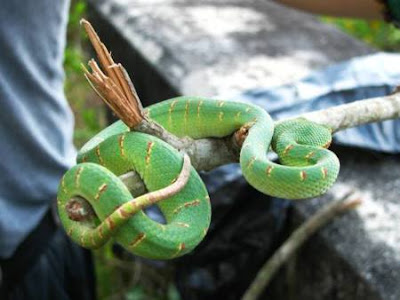 And Evan kidnapped it.

Beautiful view from the mansion.... 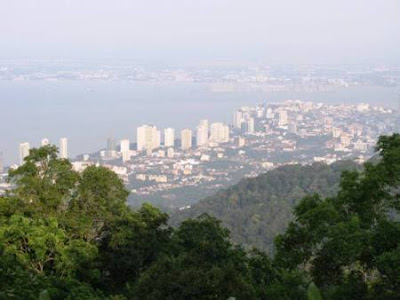 Imagine waking up in the morning to this view... 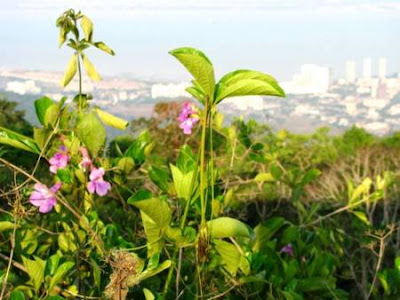 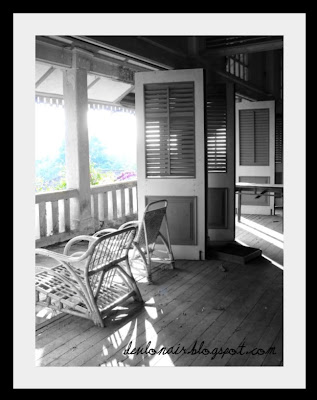 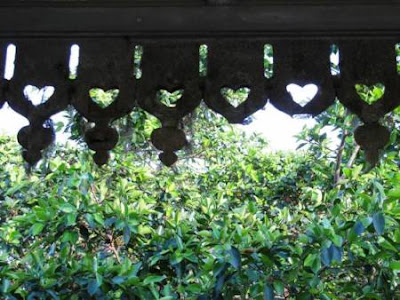 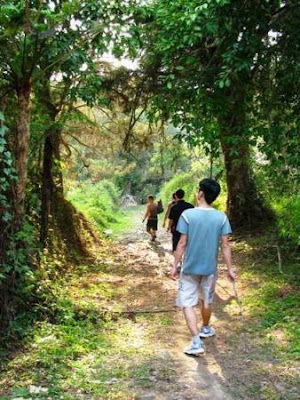 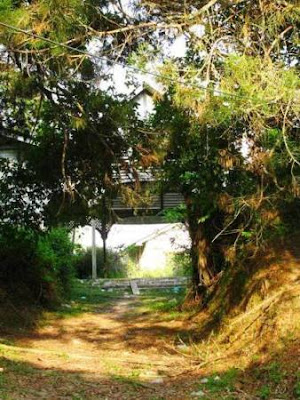 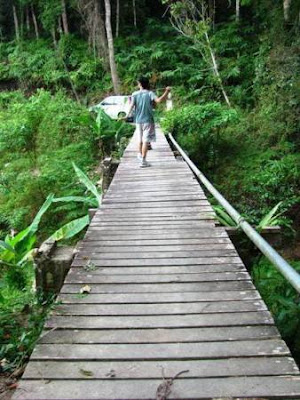 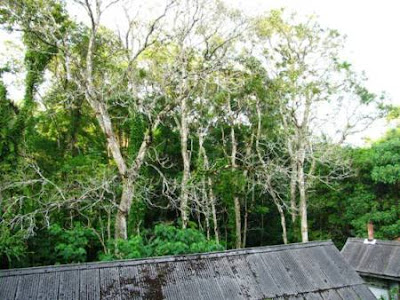 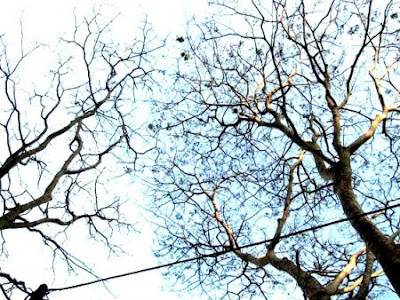 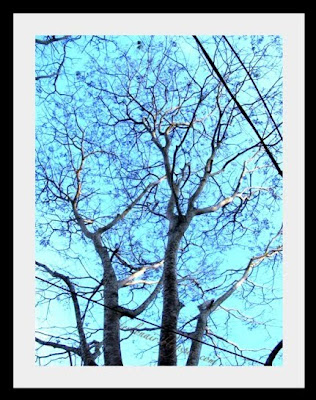 Then off to Chulia St for dinner! Been close to 2 years I think, since the last time I ate here. The place hasn't changed one bit and prices are still the same. 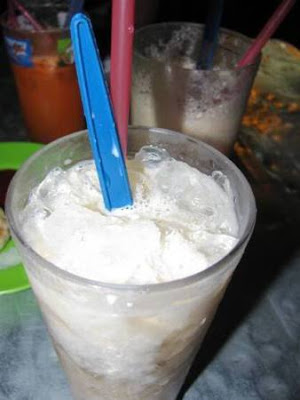 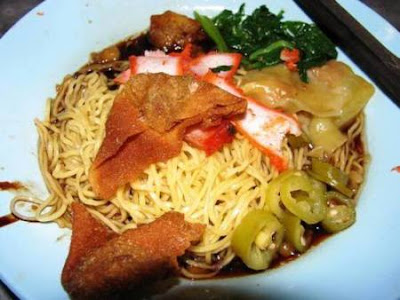 Wantan mee is still very much de yummy. Fried wanton not crispy though. Must have been fried hours earlier. 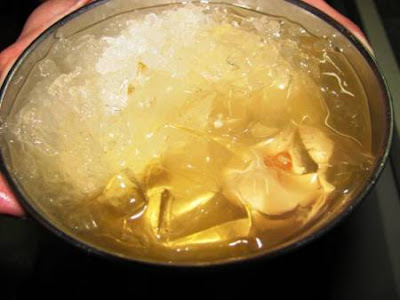 A tong sui along the street that Evan's sister loves lol. I can't remember what it's called but there it's a bowl of iced syrupy dessert with longan, sweet jelly and a squeeze of lemon juice. 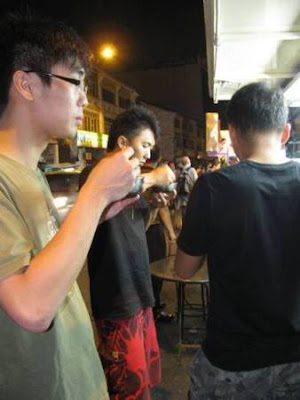 Then to Bagan and supper... All my Penang trips are filled with food sigh. 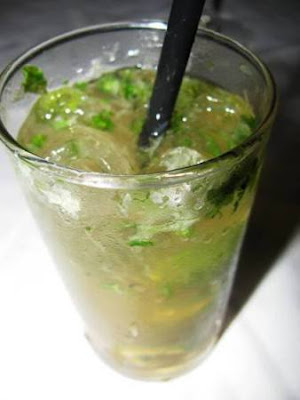 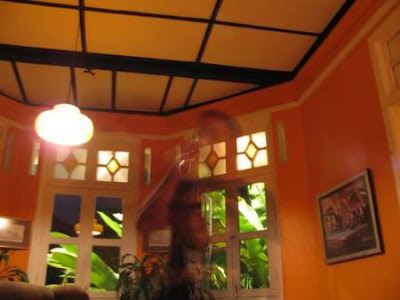 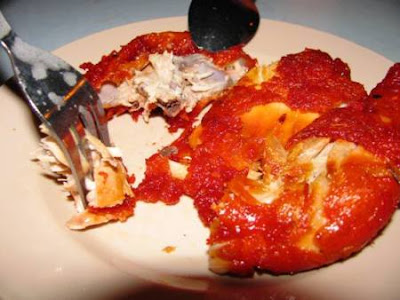 a crappy photo of my Roti telur bawang 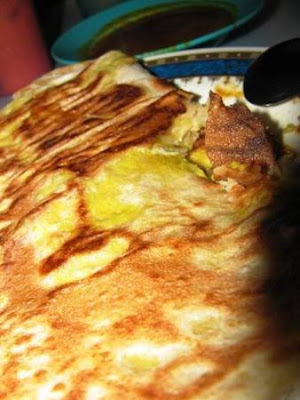