It is time to let go... Ah Ma has gone to a better place and we must all move on with our lives.

Guess what I am going to blog? LOL... No way you are going to hit the bull's eye.

Haha.... I found out that I have in fact another folder of pictures back from the Houston days which I have not blogged! Yea, yea I know.... it's like a never-ending sudden popping up of events that are over a year old.

Can you believe that? It's been approximately 16 months since I've finished my training in Houston! Time passes by so quickly, it's scary. I definitely miss those moments in the USA. Including the three weeks I was frozen to the core with the acquisition crew lol. Now that's saying something.
On the last week us Georisers in Houston, our trainers were gracious to organize a lunch out at the Red Onion. Now, I am going to depend solely on my memory (or the lack of it) to describe the food and place lol (ok, with also the help of google). It is, after all, been 16 months since.

Red Onion serves a blend of food from Mexico and Latin America. I think we left early from our class to arrive around noon for lunch. 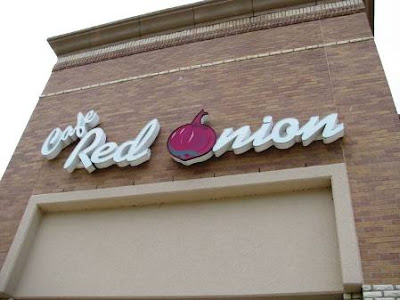 I recalled craving for a juicy fat piece of steak. Anyways, these were ordered as appetizers. Let's see if I can figure out what these are.... 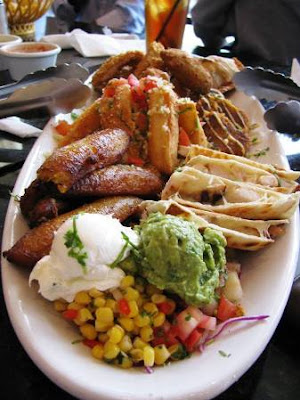 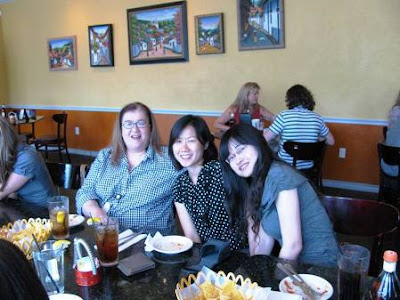 I'm not sure lah why all of us look so ghostly. We were seated right opposite the windows I suppose. Left is the ever kind Eve, our Immigration manager. Sweet Wen Ting was on my left lol. 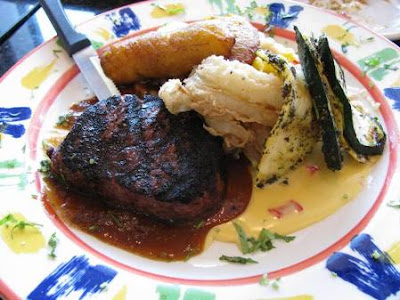 Hah. I can clearly remember what I had.

Ok, confession I remembered because I took a shot of the menu with my main on it. Nevertheless, I bet you were very much impressed.

The meal was glorious, thank you very much. The steak came medium, the way I like my reds. And the grilled vegetables yummy yummy. Plantains are similar to bananas, here they were served deep fried, tempura style. 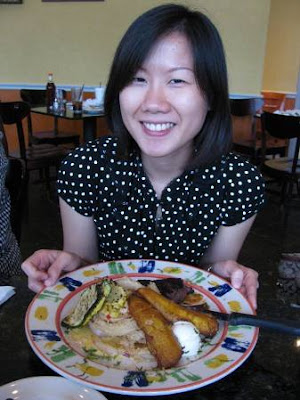 Ghost image with red nose #2. I believe I was fairest at that point. Rarely had any outdoor activities, and even so, the sun is not as strong as the tropical Malaysian blazing sun I am so accustomed to. 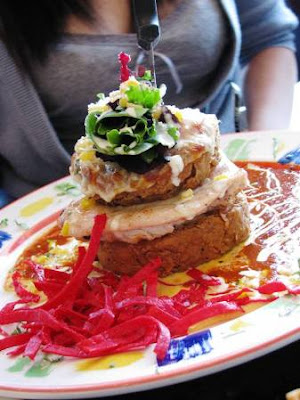 A shot of Jocelyn's main. Can't remember what it's called.

Most shots didn't turn out very nice so I wouldn't bother to upload those.... Contemplating on posting up our group photo... Oklah. 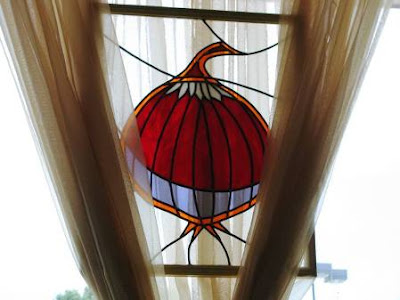 After dinner that day, a few of us hung out for one of the last time in Houston at our favorite pub, Sherlock's. Had numerous lessons with Lukasz and Shangar on pool. I am going to shamelessly admit that my skills at pool has increased exponentially. Well, it's probably going down the bell curve now that I barely have a chance at practicing it. 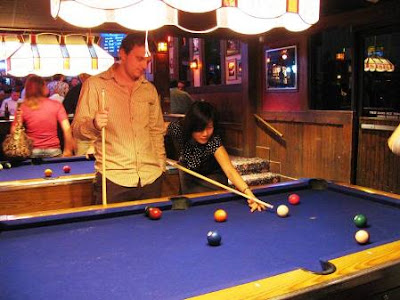 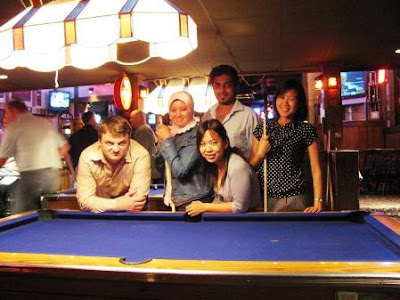 And finally a group picture of the Georisers... I seriously cannot recall if I have ever posted that up lol....

Bottom group picture taken with our trainers. Next to Shangar is Alain. French guy with an obvious thick French accent. Funny chap. Neil, two heads right of Lukasz. Great trainer, but always seem to be on edge lol. Steve Clark, on Lukasz's left. We call him the popcorn man because he's always dumping in a bag of popcorn into the microwave for lunch. How crazy is that? And on the far right, the very nice Francois, who Hannah aptly described as being quintessentially French haha... Great people, great experience. 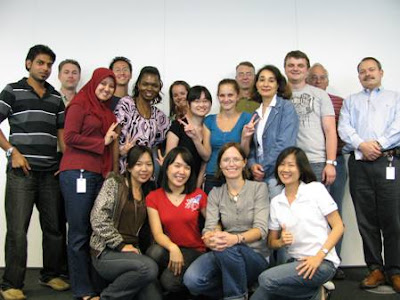 *End of filler post*
Posted by Giffo Hoots at September 18, 2010
Email ThisBlogThis!Share to TwitterShare to FacebookShare to Pinterest
Labels: Georisers at Houston-Texas