When you reach a phase in life when you have to joke about your age (Q: How old are you this birthday? A: 21! *shrill giggle), you know you're on the highway to the big 30.

Still, like they always say, age is just a number! Still so many things to do, so many place to go. 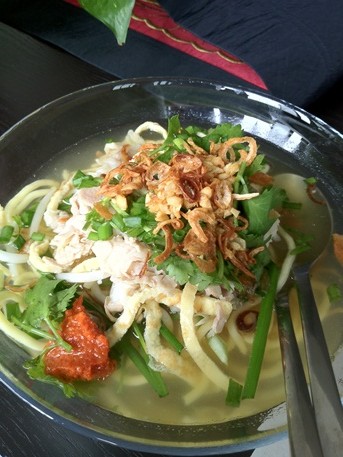 MCC made birthday lam mee a couple of days before my birthday! And she made it without knowing my birthday is creeping up hehe. But the lam mee was superb! I especially loved the sambal (would you believe it's ready made, taken out from a jar purchased in Giant). 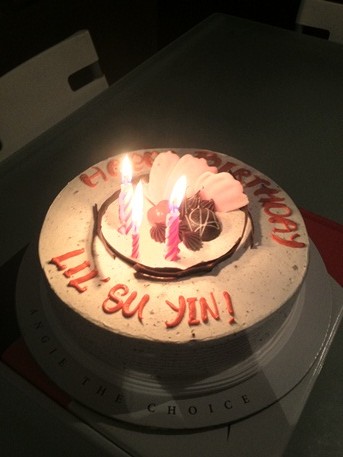 I must say, I feel very loved indeed this year.... Didn't know so many people still remembered my birthday (gotta thank Facebook for that). Su En gave me a surprise which already gave itself out! I came back from work on the eve of my birthday and saw a huge cake box sitting in the fridge and occupying almost a whole shelf to itself. Lol. Don't  mean to be perasan but what else could it be for :S 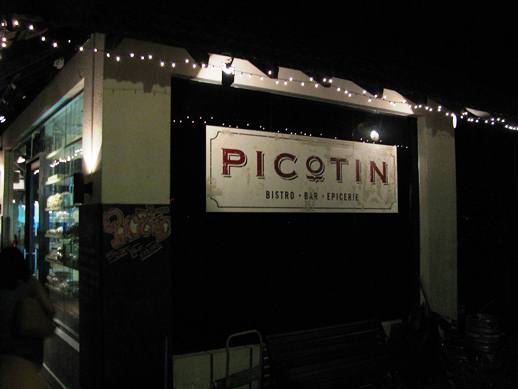 Dinner with SE, MCC and IKK @ Picotin Turf Club. Place recommended by MCC since I requested for a French dining. Those two husband-wife gang really cutthroat... 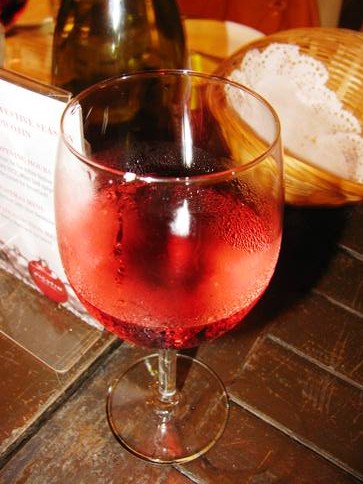 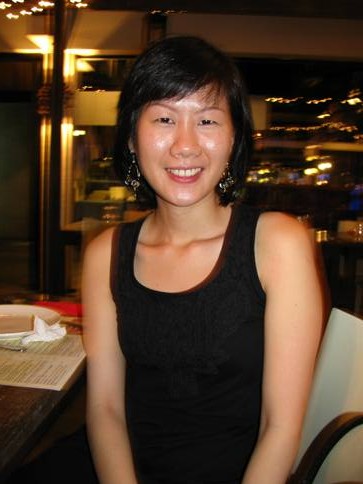 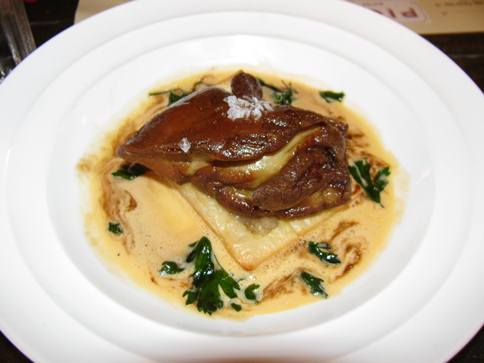 Our first appetizer! Pan-fried foie gras en croute, spiced pear chutney, old port emulsion. What can I say... eating foie gras is always so sinful... like eating pure fat (which in a way is also correct). And the foie gras goes surprisingly well with the pear chutney! Can not get enough of this yum yum. 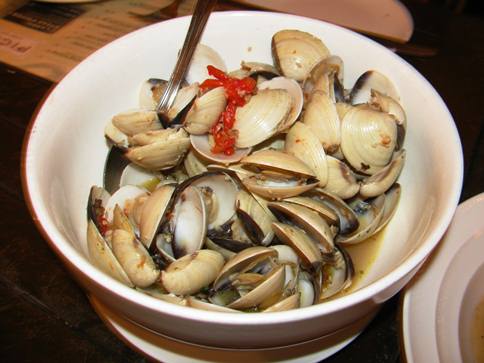 MCC's choice of  steamed clams, white wine, aromatic vegetables and fresh parsley. Being not much of a seafood person (I'm a meat person!) so the clams are pretty meh to me. It's like something you could order in a Chinese restaurant? 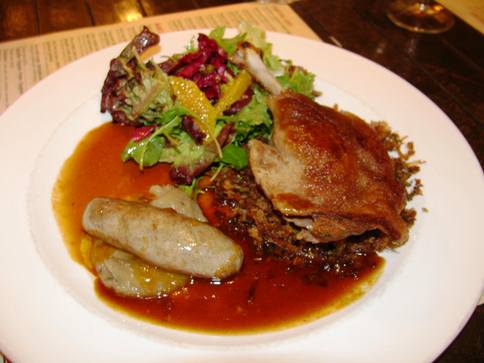 Both SE and MCC were seated across each other and unknowingly to both, they ordered the duck confit and both IKK and I, seated opposite, ordered the beef bourguignon.


Duck leg confit, sausage and orange glaze. It was a meal of meat, meat and more meat.... Duck leg confit was sitting on bits of what MCC claims to be ham. It was really salty! Well seeing that duck confits are normally made using loads of salt (but usually not tasting very salty at all), probably it was really a bed of salt? 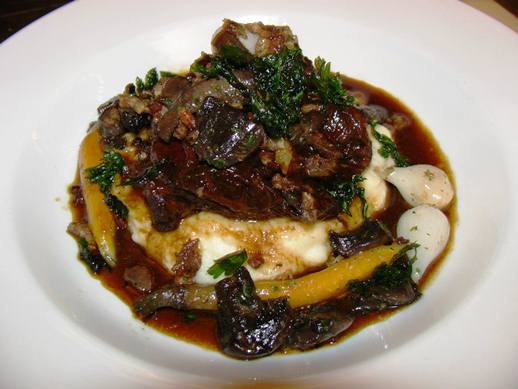 My main of  'classic beef bourguignon, mushrooms, bacon, shallots braised in red wine and  mashed potatoes. Beef was really, really tender! But to be frank, the whole dish was really filling as well. It wasn't the bed of potatoes, but the culprit was the braised beef! As much as I liked it, I couldn't bring myself to finish it unfortunately :( 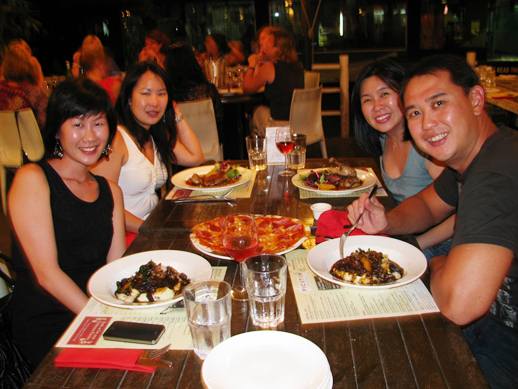 Oh! We also ordered pizza (these people are gluttons in a whole new category), some more ordered already can't even finish! We ended up tapao-ing three-quarters of the pizza back. Still, pizza was good though. 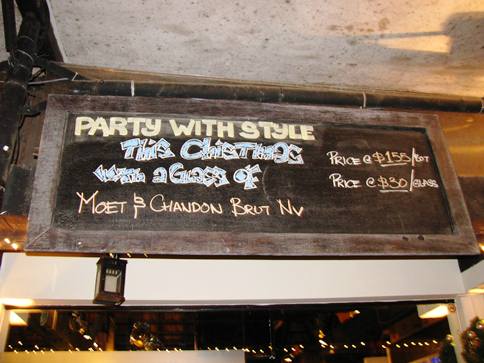 Su En insisted I take this shot, Notice anything funny?

All of us were stuffed to the brim after our mains. But there always has got to be room for dessert right? So I placed an order for the creme brûlée... Then right.... suddenly it felt kinda warm and from the back a waiter carried a plate of cake with candle! 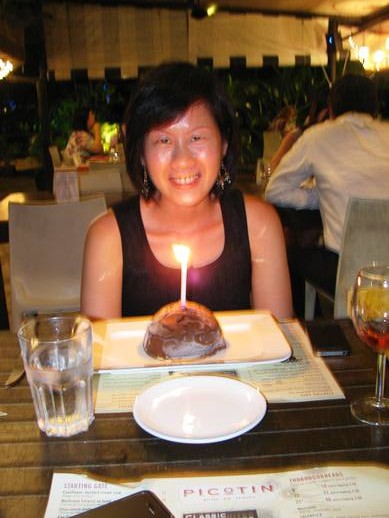 Birthday song and all.... Yeay! Ice cream cake on the house. Initially we were stabbing the cake with forks and the surface was covered in chocolate with what appeared to be thick sponge cake underneath. After a series of stabbing, the waiter approached us and pointed out that he has also provided a knife to cut the cake with lol. Only when IKK did cut the cake through did we realize there's ice-cream under! LOL.

Focus a bit off cause I forgot to change the camera setting. It was on macro mode! :S 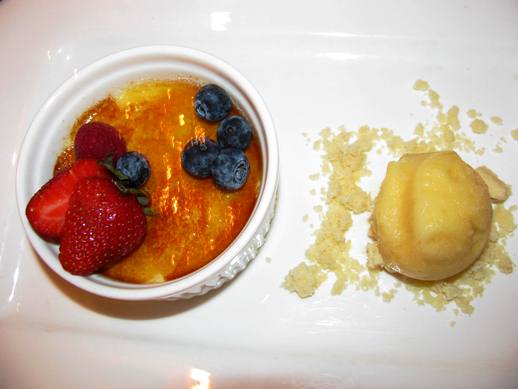 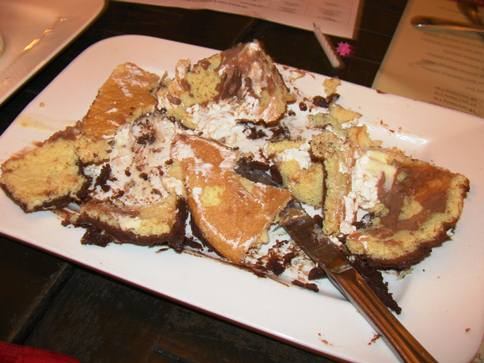 The mess from all that stabbing and selective feeding...

Phew..... another night of celebration... with great friends :)


Jo Lynn texted me whether I wanted to have Chinese, Mexican or Western. So I chose Mexican since it's been a while I've had good Tex-Mex food. 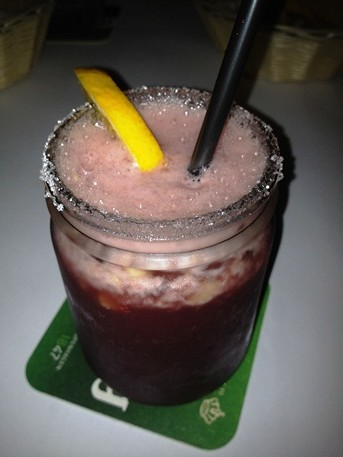 So JL brought us to this place in Holland Village called La Patio or something like that. It was a Wednesday so Sangria is only $7! Apa lagi.... hehehhe. 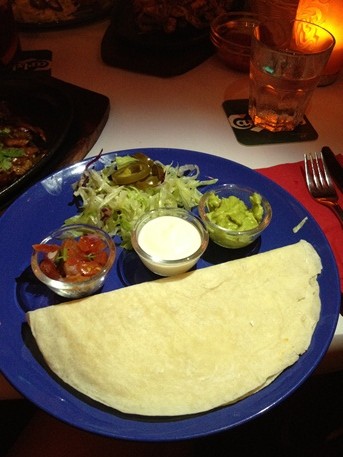 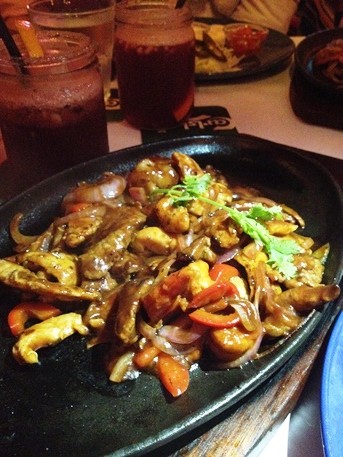 My Texas Grill Fajitas... more meat on the menu ... 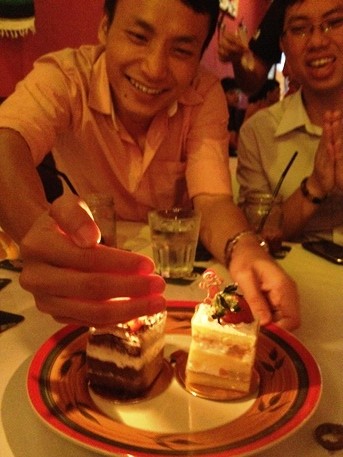 And more cake! Lol... Heng Ving bought two little cakes, one for sharing and another one for me to tapao back LOL! 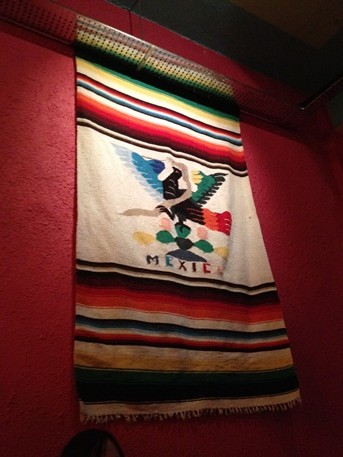 Interior. By the way, I've concluded that my 4S sucks at taking night shots or any shots at all in a low light setting. My trusty old camera does a better work than the overrated 4s! 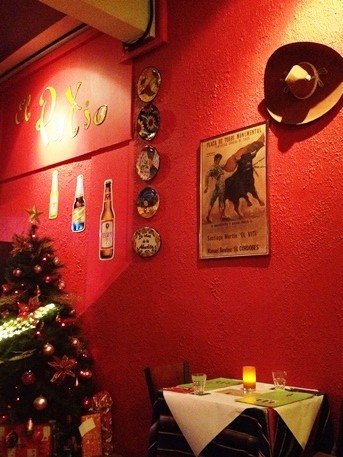 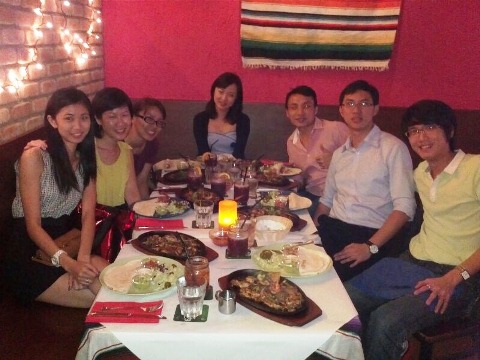 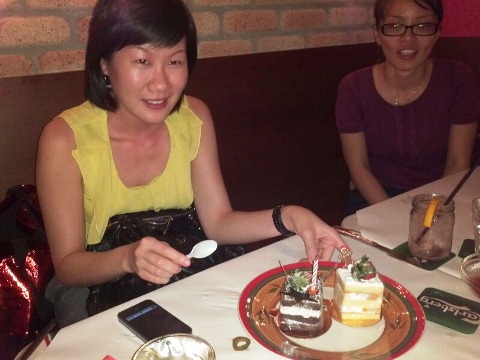 Look at me... all red and flustered. After so much meat and booze, coupled with lack of sleep, all that could only mean one thing right? 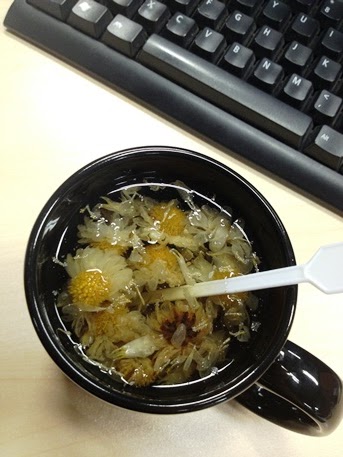