Across the Causeway: Chili Crabs and The Flight

We had a bit of a hard time selecting a venue for dinner on the second night in Kiasu Land. First, drove to Toa Payoh for a steamboat buffet meal only to find out that we will need to wait an additional half an hour or so because of the long queue. So Min CC brought us to this chu char place nearby for some good ol' Singapore chili crabs!

Oh but the highlight of the dinner wasn't exactly the chili crabs for me.... you'll see soon enough :D 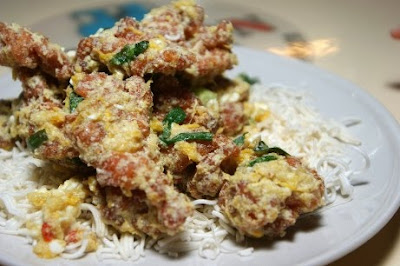 The heaven-sent deep fried pork ribs coated in salted egg yolk with a hint of curry leaves omfg. Soooo good. The meat is tender and the curry leaves with salted egg yolks are one of the world's best complements. Oh tambah with the sinful pork ribs fat in every bite which oozes to clot every fat and juicy blood vessel... 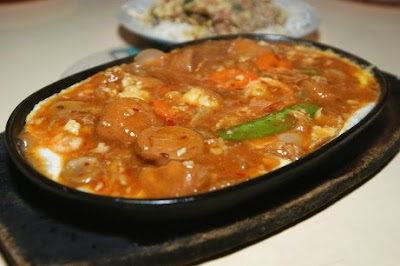 Then kesi kesi counter the effects with tofu. Hot place spicy tofu and egg with prawns and vegetables. 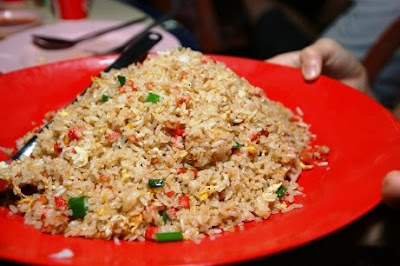 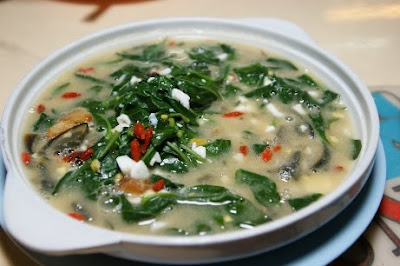 This is one of Ian's fave. Mine too :D Called some sort of superior broth but I ain't sure what sort of leaves/veg those greens are. Not spinach. Oh well I'll bet TY will comment and 'enlighten'. 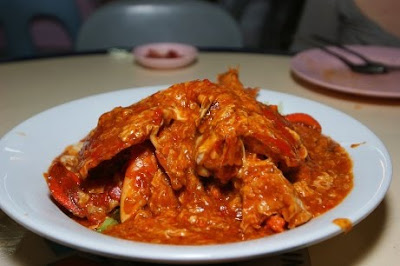 Chili crabs. Tastes great but I kinda find it too sticky and starchy for me. Oh, TONS of crab roe (!!!) Ultimatum. Dip a piping hot man tou into gravy for maximum effect.

Bill came to around SGD60+ for the four of us. I think that's great value for money. If you were to order and receive so much crab on a dish, the least you can expect to pay is SGD 100+. 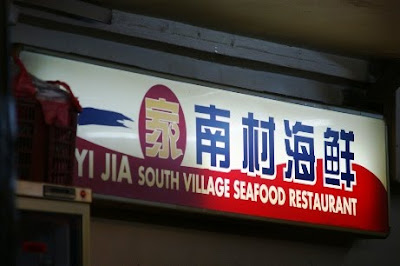 Ok quick final few shots taken and I can wrap up the Singapore trip posts. 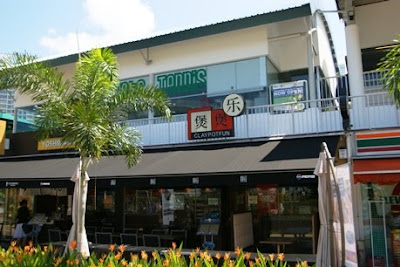 
We were brought to Claypotfun not because of its great service or great food (though to be fair, the food is not bad la) but because Min CC has some vouchers that she can use - apparently one of the staff was extremely rude or some sort and the manager has courteously offered an SGD60 voucher to her as a form of apology. Otherwise she would have banned the place for life I think. 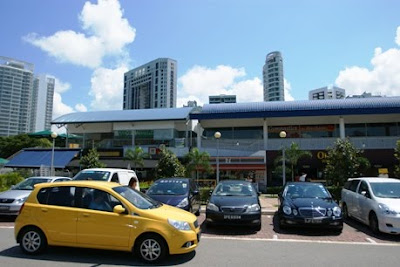 Don't you just love the systematic way the Singaporeans park their cars? Reverse parked, left and right spaces are in same width and perfectly parallel. lol. 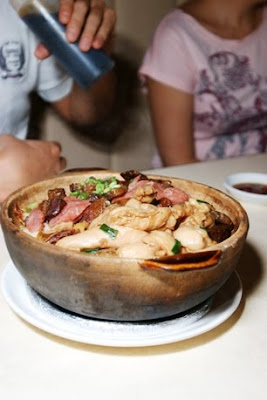 Prices at Claypotfun is pretty exorbitant. A bowl of this claypot rice (large la) is already SGD26 or something similar. But there's a lot of ingredients included in the claypot, Chinese sausages, chicken meat, mushroom.... A tad too oily for me. 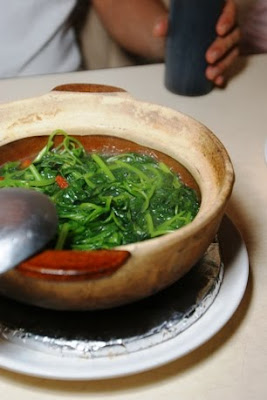 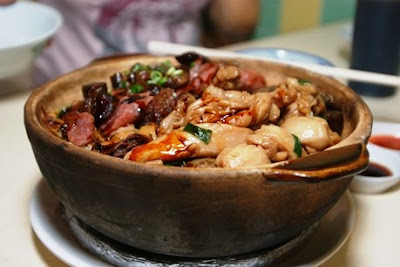 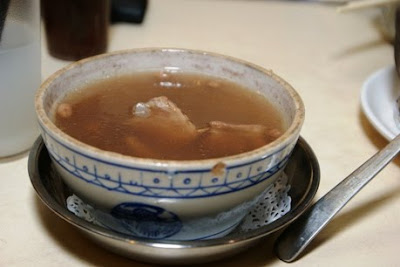 And Chinese groundnut soup. When we inquired for other soups, the waiter had the cheek to say that we sold out all soup last night so there's only this one for now. Wtf? Means like normally they would serve soup leftover from the night before instead of making them every morning? Zzz. 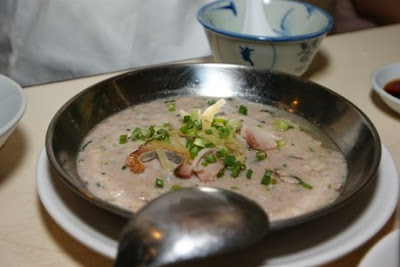 
Then it's time to be sent back to the hazy, overcrowded, barbaric city of Kuala Lumpur :) 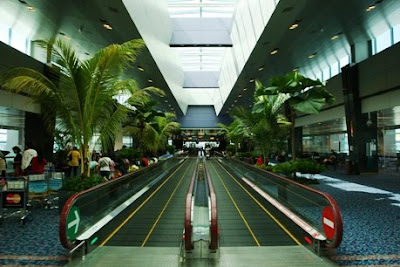 I've said it before and I'm going to say it again. I wish that KL would adapt the super fast travellators and escalators. Let those lazy asses move faster instead of goyang-ing around like they're in a pasar malam! 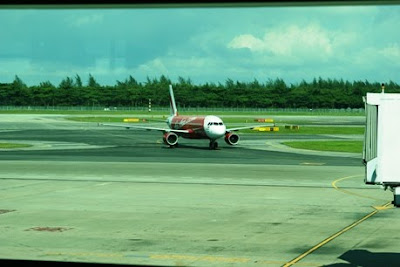 And finally a great shot TY took just as we left Singapore... 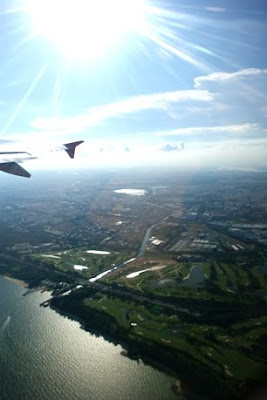 Posted by Giffo Hoots at July 25, 2010
Email ThisBlogThis!Share to TwitterShare to FacebookShare to Pinterest
Labels: Around the world - South East Asia