A very short post on one of my favorites. Well initially the plan is to head for vegetarian Indian fare but as I was feeling heaty, I told Stanley let's go for something less spicy and so Teochew porridge it is... 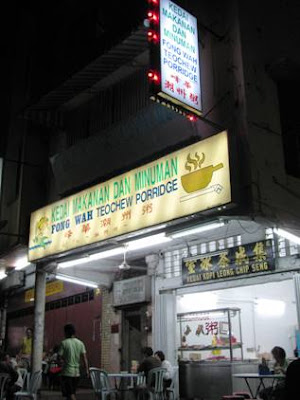 Along Changkat Thambi Dollah. There is also another Teochew porridge restaurant a few lots down the road. There is a wide selection of porridge side dishes for you to choose. Overwhelmed by gluttony, we chose 7 I think :D 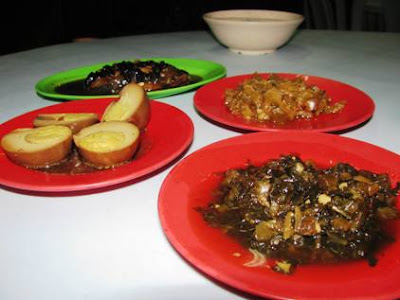 Ok, I have a feeling I'm going to have a hard time naming the dishes. Oh well. We have the mackerel fish dish with black beans, preserved radish and vegetables and hard-boiled egg in soy sauce. The bottom right dish - can't recall what's it called- tasted good, along with the hard boiled eggs. Can't say the same for the top right plate. Incredibly salty... The fish too. Come to think of it most of the side dishes are salty. To complement the otherwise bland porridge I presume. 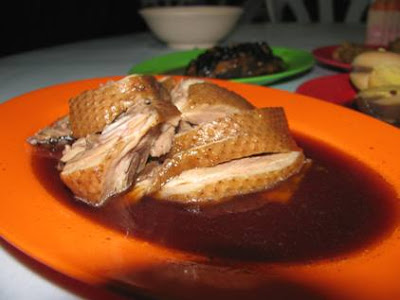 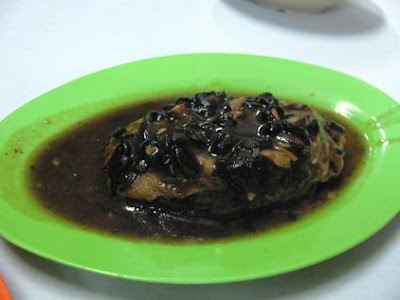 The mackerel dish. It's actually not bad lor. Salty, yes. 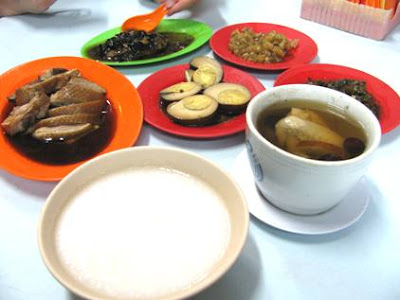 I also requested for a bowl of old cucumber soup to soothe my sore throat. I think the soup is a bit too oily for my taste. It's no wonder because the chicken they use to boil the soup has not has its skin removed, hence the oiliness. 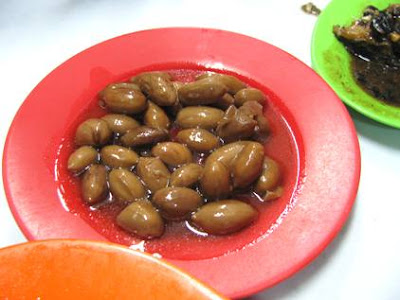 And another one of my faves, braised groundnuts (if it's even called that way lol). 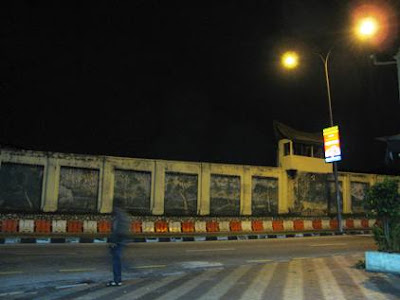 The restaurant overlooks the walls of the Pudu Jail. Which is not there anymore. Our very sensible government has decided to demolish the walls in the name of progress. Screw you people who can make a difference, but did not.