Was in SG for a few days. While I was there, it rained continuously -.- Had no problems with that though. Instead of going around places, I actually chose to nap and lounge around MCC's place kekekke. So the only shots I took about were here.

Anyways, MCC and hubby insisted I treat them a round of dinner - that includes crab. But somehow that insistence turned it way to a Japanese buffet instead. No prob, was game for it especially after IKK described the many varieties of food sprawled on the buffet line. 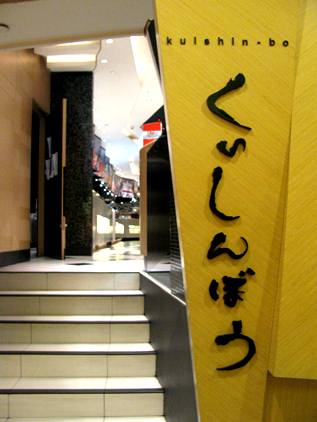 Soon after picking up SE from her place after work on Friday, we set off to the Great World City and to kuishin-bo! 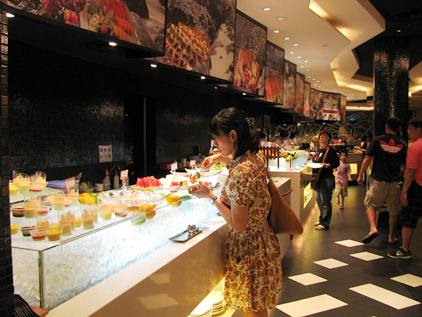 Completely throwing caution to the wind of whatever radiation that may or may not be lingering in our food, check out the spread!

Unlimited amount of food.... you can stuff yourself like a turducken. Provided your stomach has that ability to stretch! 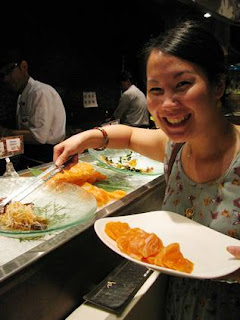 Su En I think is the happiest. She piled on mounds of salmon sashimi and cleared plate after plate. Ugh! (btw, digressing, after seeing her consume so much salmon, we jokingly speculated that she won't be going near any salmon sashimi for at least a month. Well waddaya know, 2 days later she was already ordering a plate of salmon sashimi -.-) 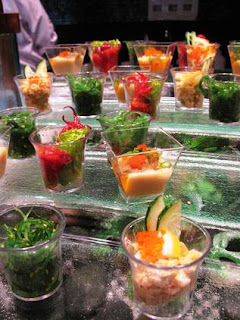 My favourite chuka idako!!! (seasoned baby octopus) Many have exclaimed their horror when I said I love eating them because they're too cute and small to be eaten. I usually turn into ignorant mode and slurp them anyways :D 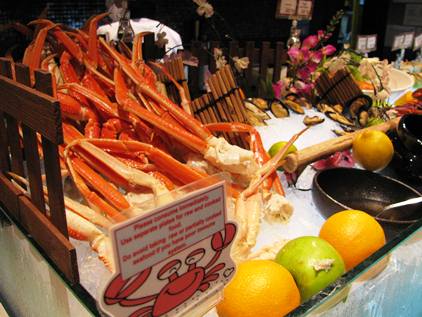 One if the highlights for the others... giant snow king crabs! Too bad I'm not a crab sucker like IKK and the others otherwise I would be in cloud nine sudah. 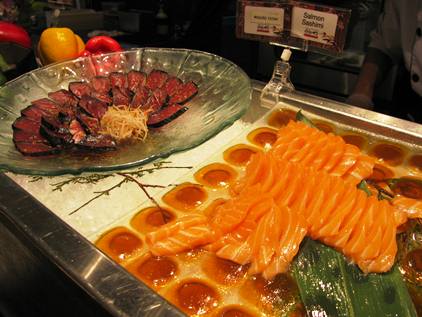 Rows of sashimis. Salmon sashimi was soooo fresh and juicy and satisfying.. yummm. I love laying them out, spreading wasabi with a little soy sauce, sort of the way you would spread butter on bread, then roll the sashimi like a cinnamon roll and pop them in and let the juices flow OMG SO HEAVENLY!! 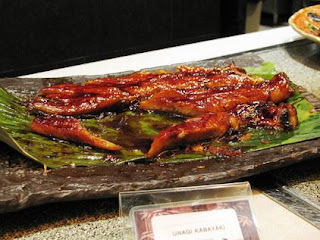 Unagi kabayaki...!!! Unagis have always been a favourite of mine. But strangely, with so many all sprawled seductively on the plate, I can only stomach 2 miserable chunks wor.... why ah? Not that they don't taste great but.... meh. 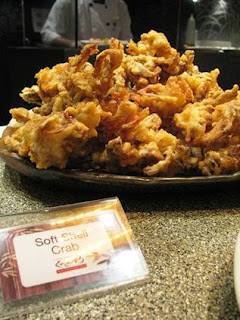 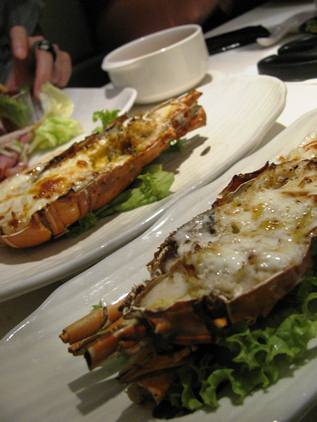 For $50, it's much more expensive than other Japanese buffet meals because kuishin-bo includes a baked thermidor lobster for each patron! When we arrived, our waiter inquired whether we want them right away or afterwards. As we were all already complaining how hungry we were, IKK replied, rightaway, without missing a beat hehehe.

I wish I could try the lobster without the cheese though, maybe with melted butter like how SJ is always gushing about. The cheese really sort of fills you up already, and we haven't even properly gotten started with the buffet spread yet! 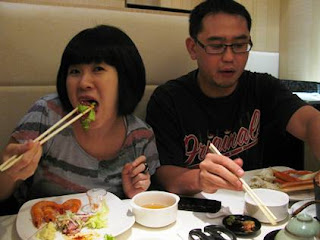 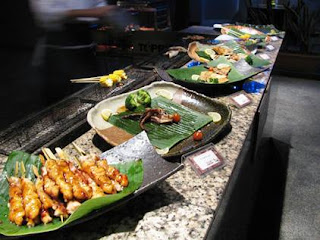 If you think I'm almost done with the list of noms served here, you're absolutely wrong! Still got another long list.... though I didn't capture everything on camera. 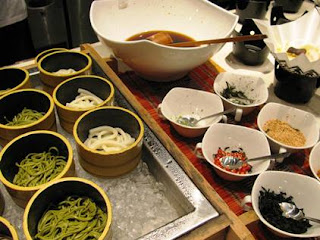 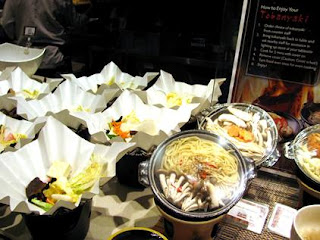 Assorted hot pots that you can pick, or mix and match. Once you've made your selection, one of the staff will get to your table and light a miniature pot burner. Awesome. 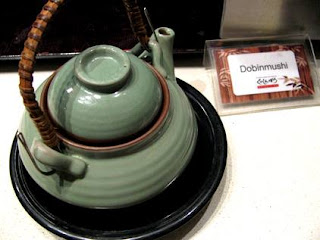 Dobinmushi, recommended by MCC. Sort of like a herbal seaweedy soupy broth.Served in this cute little teapot :)

After going for another round of salmon sashimi, and a huge bowl of edamame, I finally decided to head for the dessert table. Dessert a bit meh lor. Got fondue pot also, but the others are just so-so. 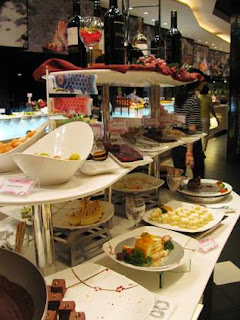 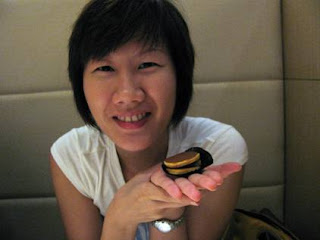 MCC asked me to pose with it, sort of to show how tiny it was but the photo ended up liddis. She said my head darn big. Can't help it that I'm smart ;) 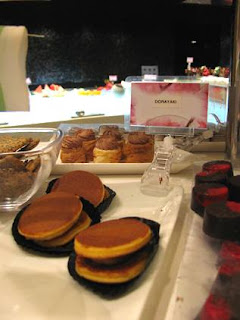 Completely stuffed after two hours of non-stop food consumption. Some more I went back to the buffet spread and loaded on more fruits heehhehe (dragon fruit, apples, papaya, oranges and can't remember what else).

SE fell in love with this stumpy spoon and we started arranging leftover food into a Picasso-sort-art kekekke. 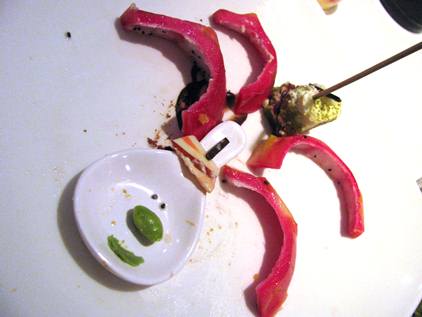 Okla, that's all I have for this Singkapoh trip. Will explore more places next time (like the Jurong bird park which SE was pestering me to go with her). By the way, after I left, apparently SG was all sunny again :@ Waddahek!
Posted by Giffo Hoots at June 11, 2011
Email ThisBlogThis!Share to TwitterShare to FacebookShare to Pinterest
Labels: Around the world - South East Asia, Food-Oriental Oozes