One of my all-time favourite places for coffee, lazy brunches and even dessert! Located a stone's throw away from Somerset, with a strategic placing for al fresco dining - you can people watch, but not uncomfortably the other way round ;) 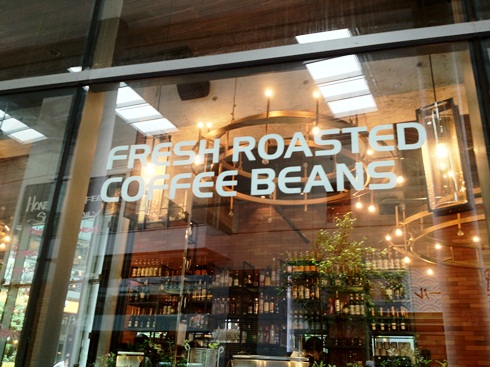 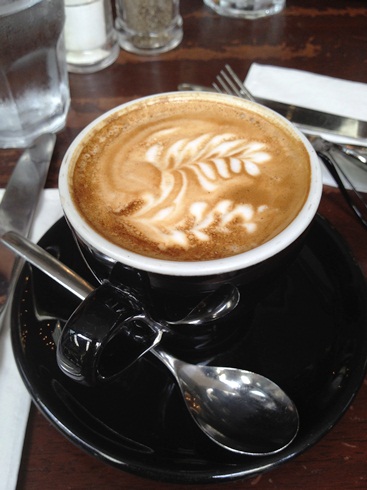 One of my default orders - flat white. 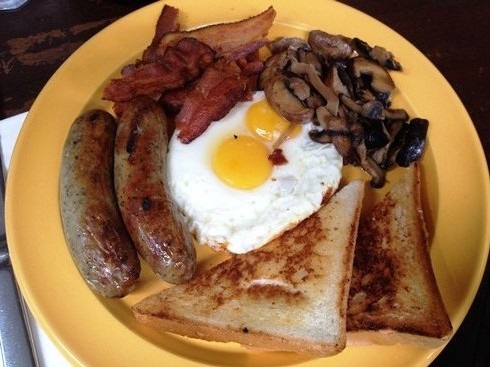 All day brunch - English breakfast consisting of sunny side up eggs with toast, sausages, bacon and mushroom. Extremely filling! 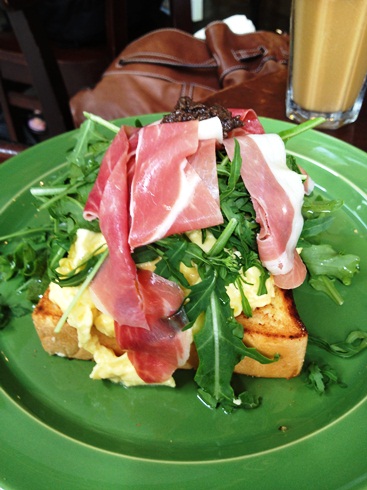 Parma ham with rocket on toast with scrambled eggs. Rockets are probably one of the very small group of veg that I don't take :\ 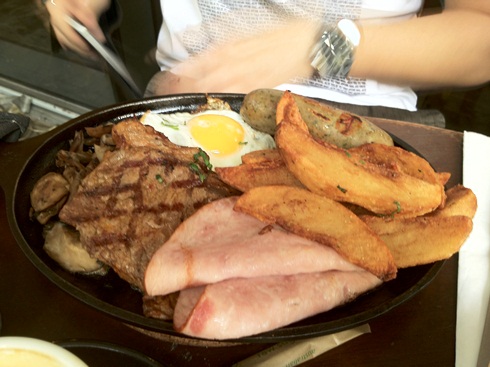 Super mega huge extravaganza brunch of ham, slab of steak, sausages, mushrooms, eggs and potato wedges. Only for the guys. Or an extremely hungry female with worms in tummy. 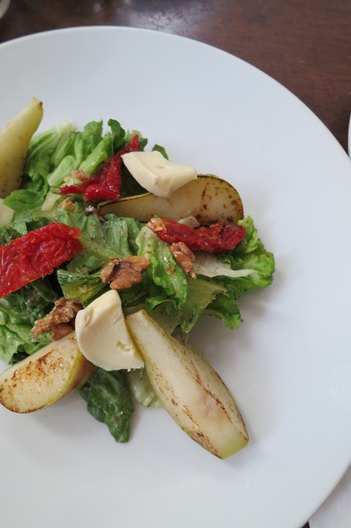 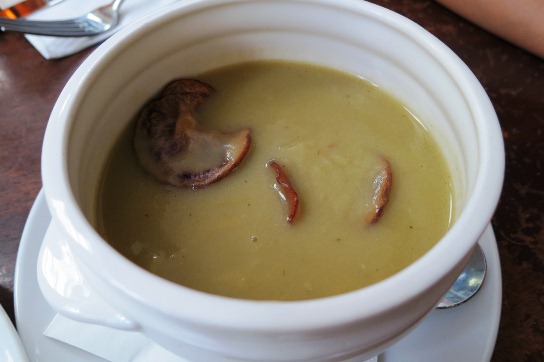 Soup of the day - potato and leek soup. Double thumbs up! This shot is pretty crappy la, but seriously love the soup. Initially thought the brown stuff in it was truffle hehehe but of course the idea was dismissed as fast as it appeared. They are in fact roasted thinly sliced potatoes. Seriously yummy! 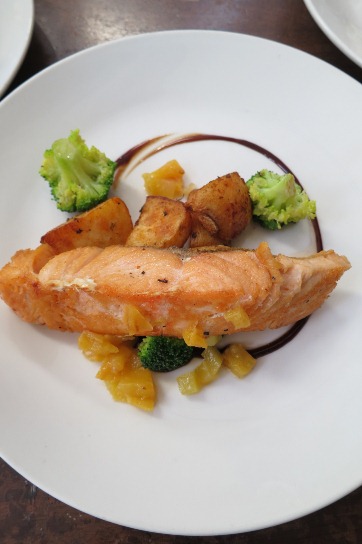 Baked salmon with potato wedges and some pineapple side. I'm a raw salmon lover, I find that cooking salmon kinda ruins it hehehe but I must say Oriole is doing it great - salmon is still succulent and soft nomnomnom. And that pineapple sort of sauce goes so well with the salmon. 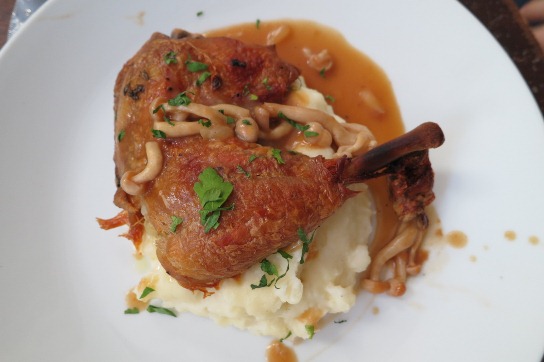 Chicken confit served on a bed of mashed taters and mushroom sauce. The chicken leg was a tad too salty for me (but I supposed that's the purpose of confits). Though I particularly enjoyed the oh-so-fluffy mash. 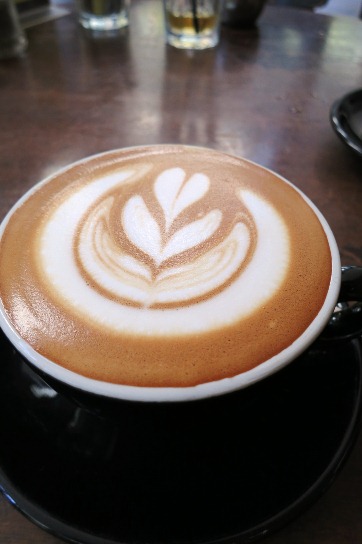 I can find no fault with every Oriole coffee I've ordered thus far. This was a mocha latte :D 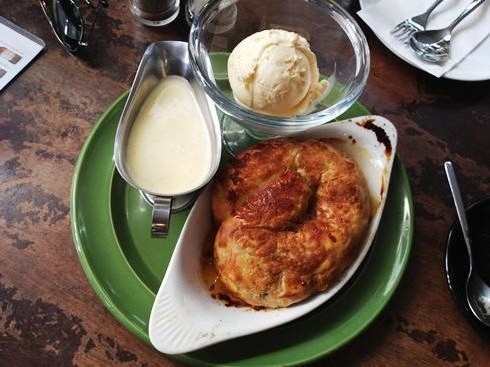 Wah, I tell you, this has got to be one of my favourites by Oriole. Fine layers of pastry puff nesting the sweetest diced apples cooked in cinnamon and vanilla.... absolutely decadent. Oh! And the combination of the warm vanilla sauce with the strudel against the cold ice-cream is soooooooo oomph *melt (literally).