Approximately four hours of drive to Dublin from Tralee... View of rolling fields and farms transformed into buildings and motorcars. But I was still pleasantly surprised that Dublin is not unbearably congested or made up of concrete jungle, or filled with smog and cars (like the city I'm currently living in... or the one I previously lived in... ). There is also a height restriction on buildings in Dublin, so no skyscrapers here, which is kind of nice as it doesn't give the intimidating sneer as you approach the city.

It's one of the nicest cities I've been to, in my opinion. A canal stretches through the city and willow trees hung low, almost dipping into the waters. People jogging, cycling and walking the dogs. 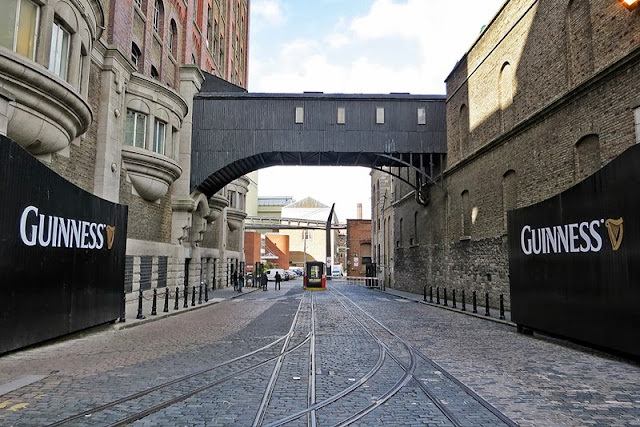 Oh but wait, I absolutely must show you what I had for breakfast that morning! The fresh strawberries and blueberries we got from the market before! So sweet, it's unbelievable. I couldn't stop eating them 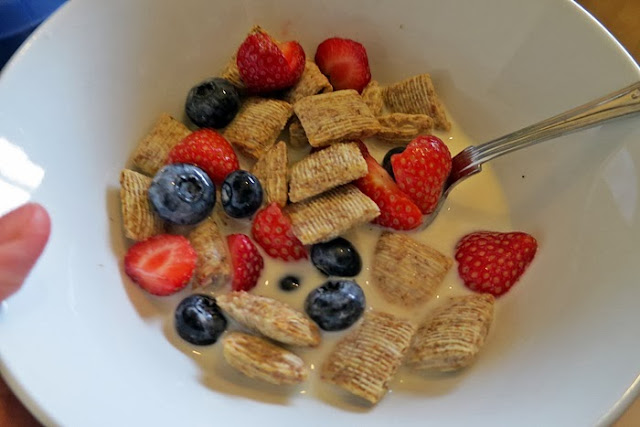 Anyway. Back to the Storehouse. 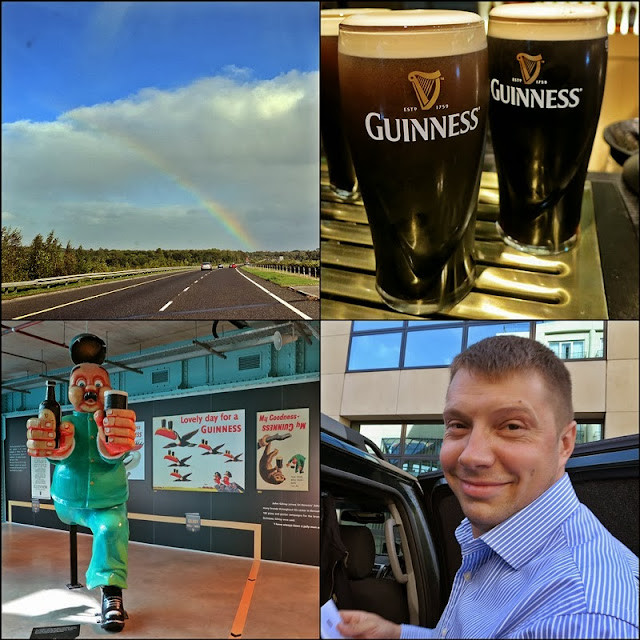 Top left beautiful drive towards Dublin with a welcoming rainbow to greet us.
Top right - what else, Guinness stout!
Bottoms - monkeys.


Pretty interesting tour through the storehouse. Learnt how stout is produced, a distinct flavour extracted from water, barley, yeast and hops. Then we were brought into this bright, white room with no decoration whatsoever, except for a few high top tables. There were fumes coming out of these tables and we were asked to go around and smell each of them - each a unique aroma of the separate ingredients - some very intoxicating, I must say! 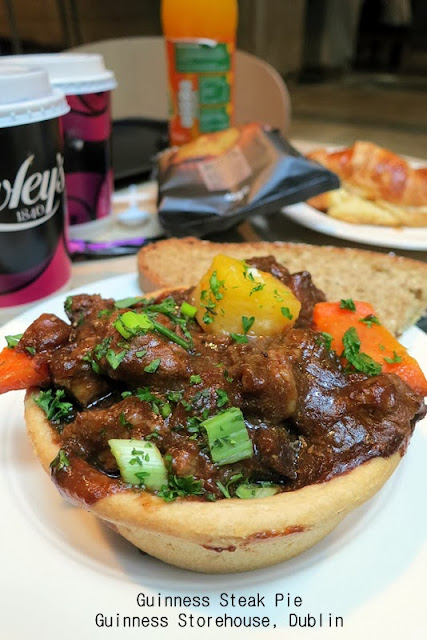 I may just have to exclude a photo description in the photo itself, I'll just lose material to blog about. Hmmpf. Anyway there's a cafe in the storehouse which serves cakes, breads, drinks etc. It seemed natural to order something Guinness-related and so I did. The pie was mediocre, truth be told. Prepared in advance, and popped into the microwave to re-heat. Chewy meat, hard crust... need I say more? 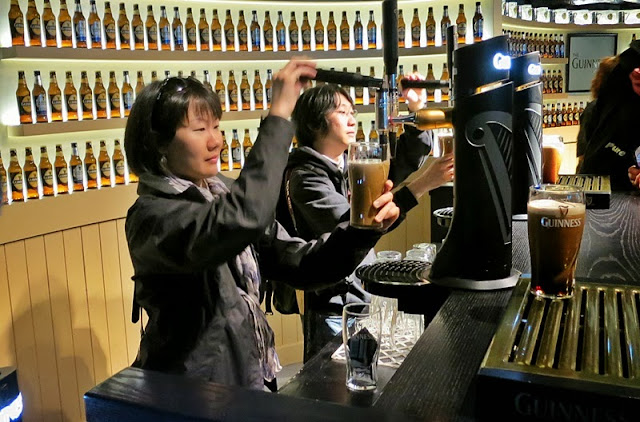 Took a 2-minute learn-how-to pour your own Guinness draft too. Thought I looked funny here... 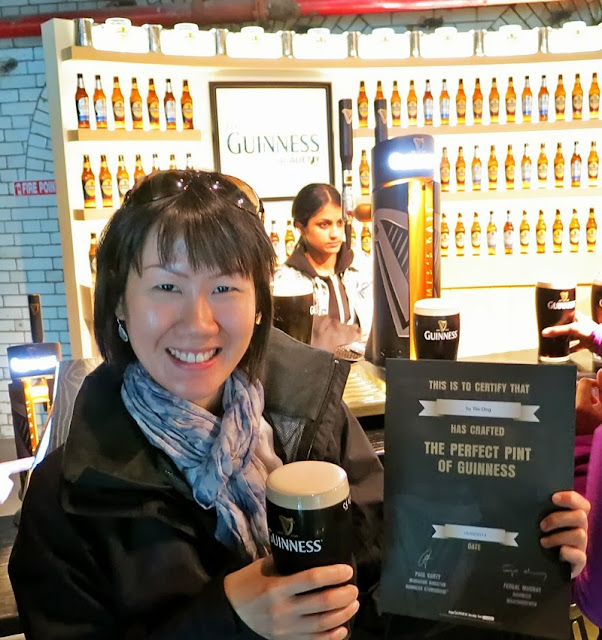 My almost perfectly drafted pint of stout, coached by Anthony... and the Chinese girl who works for Guinness, lol. She told us that she's only been there for two weeks... Hmm... The Chinese are really taking over, me thinks. I also think I aced the pint on my first try. An alternative future plan, perhaps? 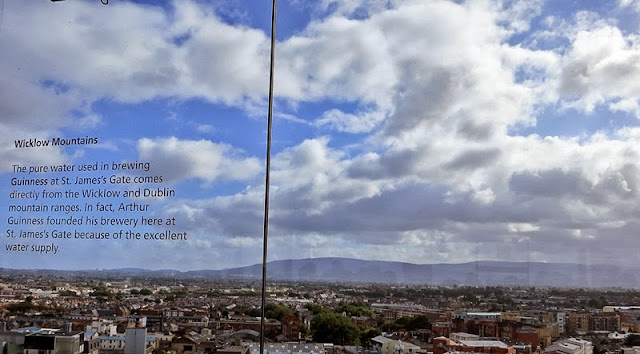 It's also interesting to note that the water used to brew Guinness stout comes from, and only from the Wicklow Mountains in Dublin. Taken from the Gravity bar, which gives a 360 degree view of the city. 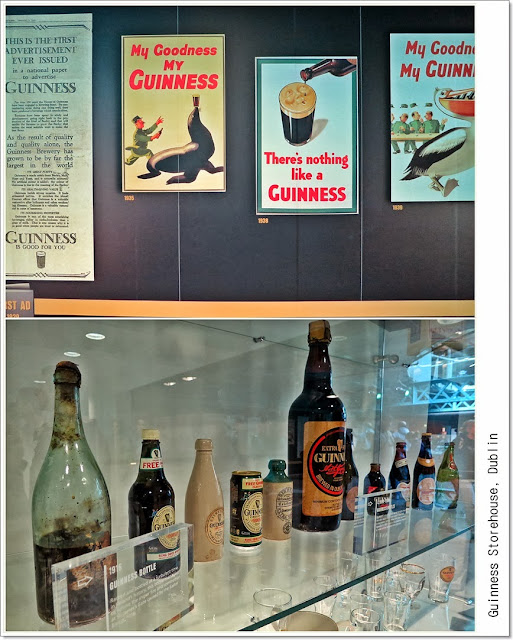 .... And all sorts of memorabilia of the Guinness stronghold. We easily spent 3-4 hours roaming the storehouse. 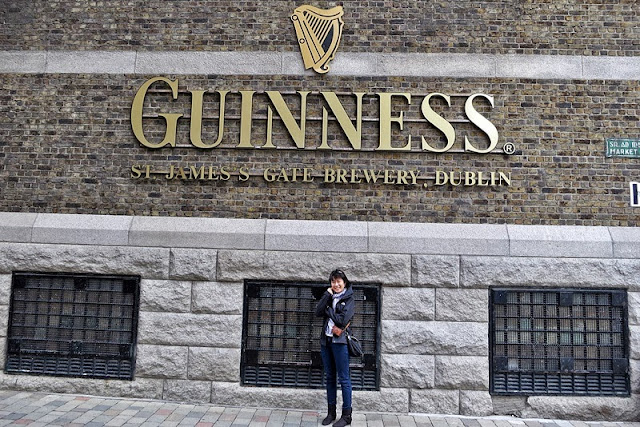 Oh.. and a considerable amount of time was used browsing the souvenir section of the storehouse. Got a few chocolate bars infused with Guinness - these were incredibly awesome! It didn't look so much like it, but it was so cold! I ended up with a runny nose when we came back.