So, after Sipadan, my adventure continues in KL for a few days. The initial arrangement was to have Mei Ying's birthday dinner with the rest of the gang. But Mei  Ying decided that she's too good for us

. Met up with Yee Ker (followed later on by Eve and then Grace) instead. Mei Ying recommended this place. Said it's similar to myBurgerLab, minus the impossible queues. I loved myBurgerLab - the fries, the burgers, the dip, everything about it except for the crazy long wait. So as we are already in Bangsar anyways, we decided to go for it.

Two LCDs are mounted around the shop (shop is a small one, enough only for 20 dine-in patrons at any one time, me thinks) and the LCD screens replay the making of the KGB burger. One  memorable scene was how KGB 'tattooed' their buns - using a hot iron with the KGB logo to imprint its territorial mark onto the buns. Unnecessary move, but, what the hell. 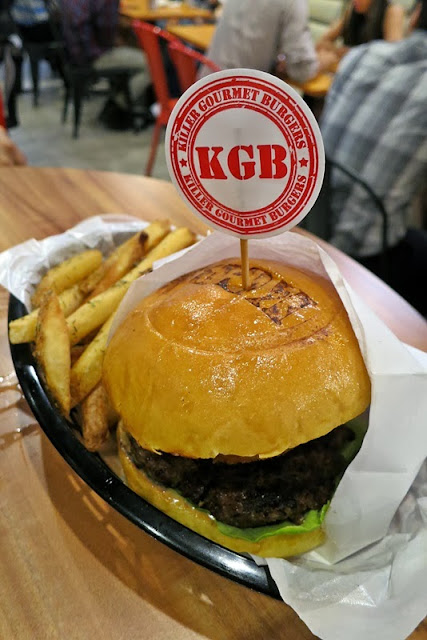 The burger bun ma look liddat loh. Pointless tattooing and stabbing of buns in my opinion.

There aren't many choices available, which is great for indecisive people like me. I settled for a Bella Bomb Tower - Grilled grassfed beef, 2x portobello with triple stuffed cheese, shack sauce. RM21.90 apiece.

Digressing, I'm a little shocked at the prices of the F&B in KL. It's daylight robbery to be charging exorbitant prices for items like burgers and fries. But people still buy. When there's a demand, there's always a supply. But still. If you're earning RM3k a month (an average income), RM25 is a large chunk for a meal. 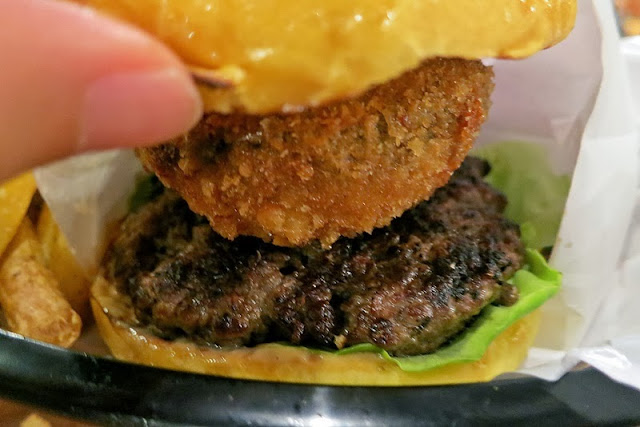 Back to Bella Bomb Tower. It is really good, despite the price tag. The portobello mushrooms are deep fried and the juices just explodes in your mouth when you bite into it. It's a tall burger (tower) and I had to make two instalment bites to taste both mushroom and beef patty.

Speaking of The Beef Patty. Oh my. It's just loosely packed, the way I like it, don't fancy dense patties. Tender and melting in mouth... mmm.....

I love the toasted buns too, but only for the first few bites. After that, it gets soggy from the juices and then it was bleah for me. The fries are quite nice too. There is an option of herbed fries (rosemary n whatever else), pepper, malt and vinegar and something else. I had the herbed one and it's just as good as myBurgerLab. But BurgerLab's chilli dip fared better. 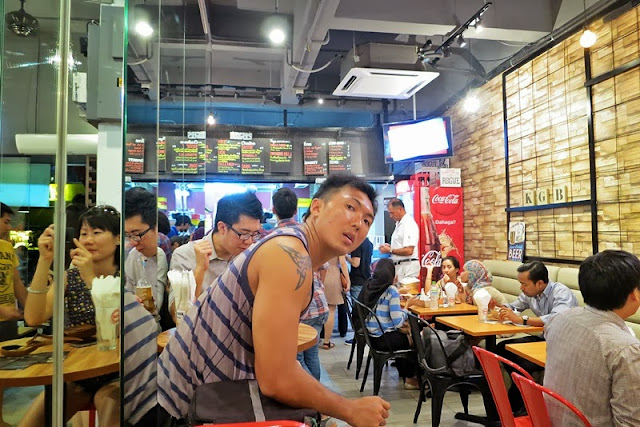 While on a neighbouring table....


Spent the next couple of nights at Yee Ker's new nest! Pretty well done, makes me wish all the more that I have my own place :(

Her dog, a toy poodle is. so. adorable. so. very. adorable. Like a marshmallow! 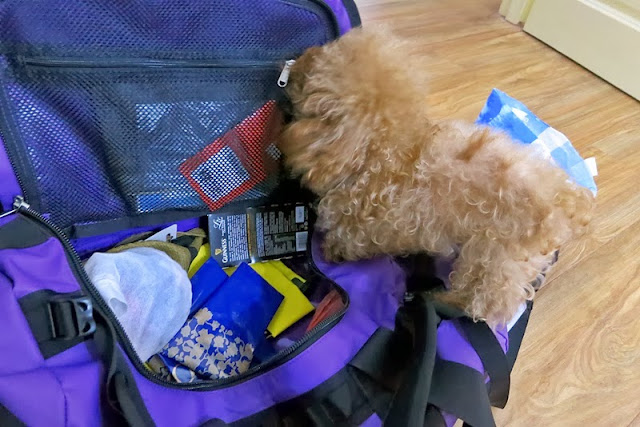 And he likes climbing into bags because Yee Ker has this big Ikea bag and whenever she wants to bring Teddy out, she will smuggle him into it. She lives in a condominium area where tenants are not allowed to keep pets.

So whenever Teddy sees an opened bag, he climbs into it and then looks at you expectantly. So cute! But annoying when I wanted to pack... 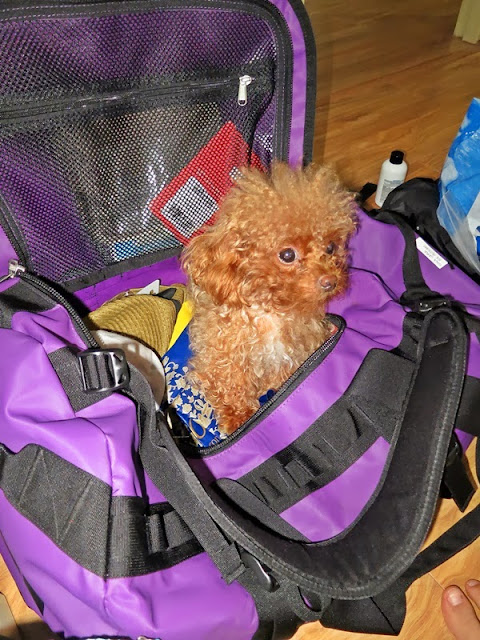 How can you not get geram at this little angel? :)
Posted by Su Yin at October 30, 2013
Email ThisBlogThis!Share to TwitterShare to FacebookShare to Pinterest
Labels: Food-Angmoh Chiak, Food-Local Slurps, Review, Trips
Location: Bangsar, 56100 Kuala Lumpur, Federal Territory of Kuala Lumpur, Malaysia