One of the disappointing attractions that Houston has to offer! 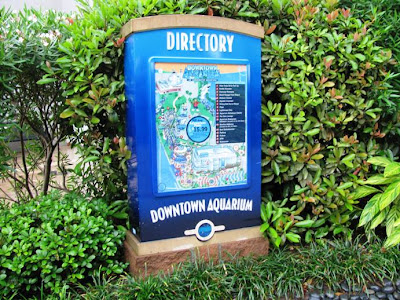 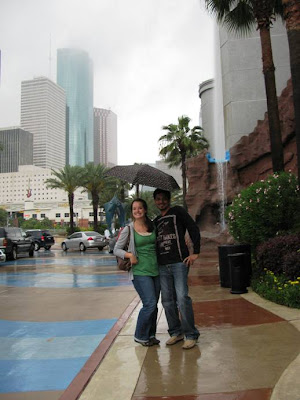 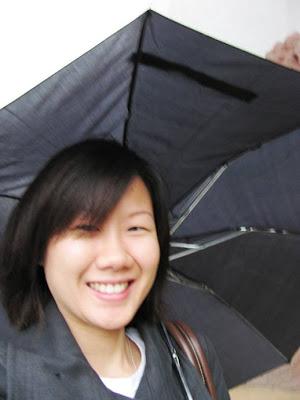 I got this umbrella for free the day before when Shifa, Shangar and I were leaving from the office and we didn't have any umbrellas with us. So we wanted to borrow some from the reception and she was so kind and told us that we can keep it! :) Oh! For the first time also, I drove on the right lane from the office back to our apartment hehehehhe because there were extra cars :D 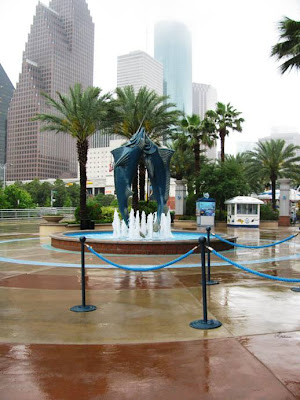 We were there earlier than the Briar Forest group so Hannah, Shangar and I explored the place first. 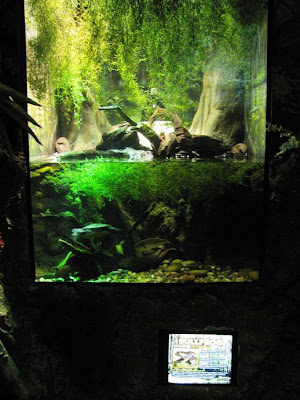 At first, it was pretty interesting reading some facts about the underwater species. Then, it all ended a bit too soon! 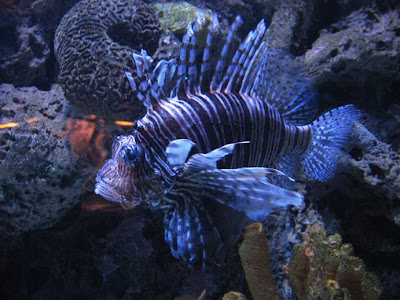 We were expecting more varieties and more places to go to. Luckily we got ourselves the CityPass where we can visit 6 different attractions for only $39. Normally entrance ot each of these places are $10 or more.

And guess what, the grand finale isn't even something that lives underwater. It's a freaking white tiger! 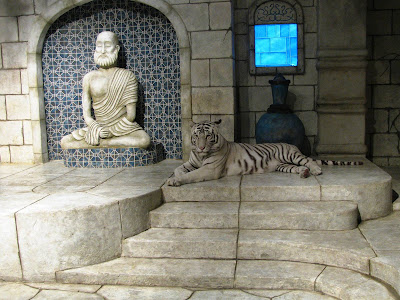 Then we braved through the rain to get onto this ride called Shark Voyage. 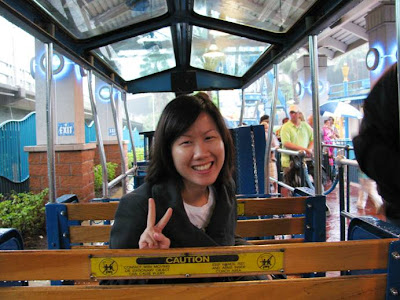 It's in this chu-chu train and I had high expectations on this ride. Bang, disappointed greatly again. The ride only lasted like 5 minutes? Just see sharks underwater for a while and then headed back where we started. 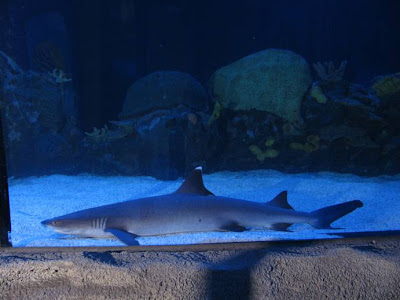 Our CityPass does not include the Shark Voyage ride, we had to pay an additional $5 for the damned ride. So we were determined to make full use of the ticket and rain or not, we hopped on to the carousel. 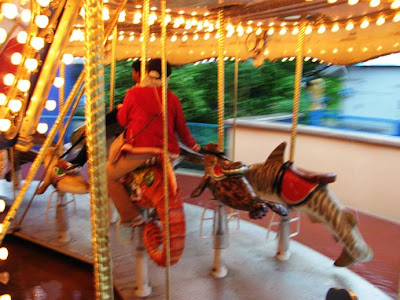 I got to ride on a dolphin! 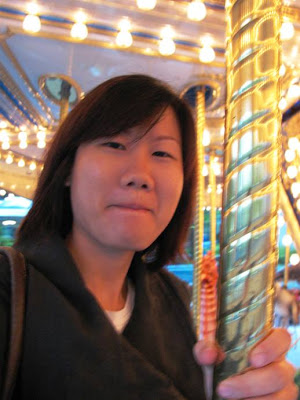 Completed the tour around 3pm and we decided to make a quick stop at the Houston Museum of Natural Sciences. Unfortunately, by the time we were there and had our car parked, it was 3:30pm and the guy at the reception advised us to come around the next day because they close at 5pm, and 1 hour and half is not enough to cover the museum.

So while the others opted to go for the IMAX 3D Sharks experience, a few of us (like me who didnt want to spend money) walked around the gift shops. 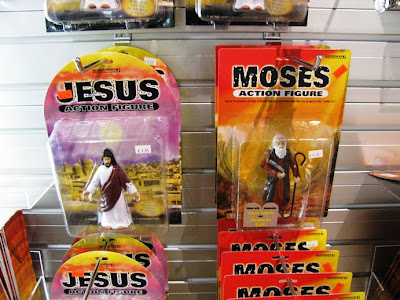