My sister is the best!

Most of the meals we had in LA were the ones that she cooked. Mainly for 2 reasons, first, we could save up on meal expenses. Secondly, she cooked in bulk and there are loads left over for more than a meal!

Not only that, she even planned out an itinerary on the 3 days we are going to spend in LA, inclusive of meals she will cook, halal and not!

I especially loved her ceviche: 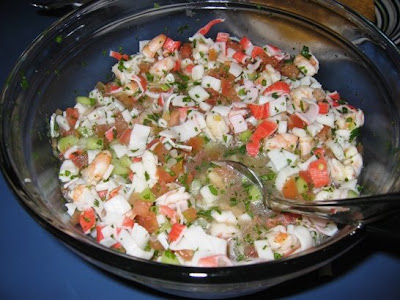 Mixed with a bit of spicy salsa sauce and cubed avocado on fried tortilla bread. Yums! There are cubed crabstick meat, shrimps, tomatoes, cucumbers, some dressing that makes it sour, I am getting the full recipe!

And she also made salmon soup. It was so yummy.... Especially after waiting at the airport and sitting in the plane for more than 3 hours, this is more than welcoming. Su Jen was also nice enough to prepare something that Shifa could eat. This soup sort of reminds me of the Chinese 'zap chai' soup where you throw everything in, but Su Jen uses different ingredients altogether I think. 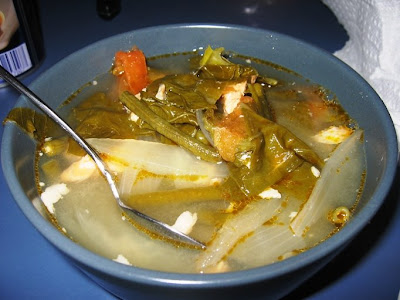 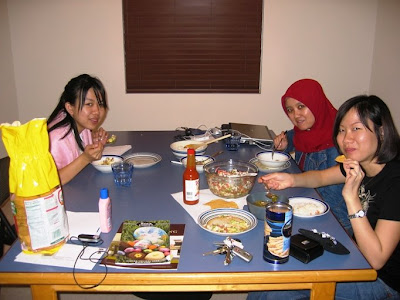 That was our first night, then on the second night after Universal Studios, she went through all the trouble to cook again while we showered and compared shopping stuff from Camarillo...lol. 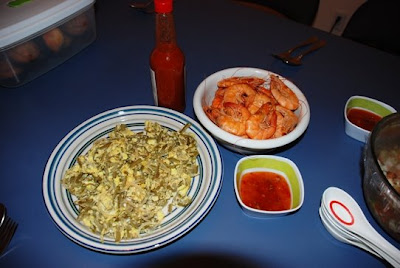 Omelette with canned french beans and shrimps in this tamarind sauce I think, with Thai chilli sauce. Double thumbs up! I didn't know that Su Jen also has the same gift like I do with cooking :p Ok la, to be fair I think she is way better. 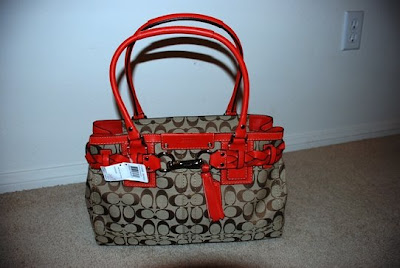 Ming Chi Chi's Coach bag... her initial request was that it to have green, yellow or blue trimmings but the ones on sale are orange! Caused a lot of headache to me and Su Jen contemplating whether to get them or not. 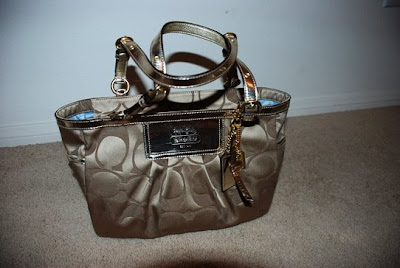 Mine! :D
I absolutely adore it. 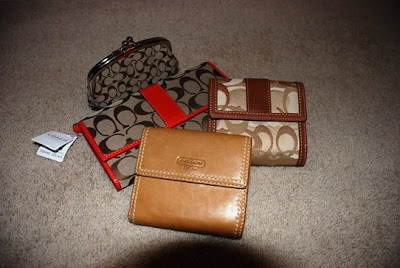 That's my brown purse in the middle, Ming chichi's matching purse to go with her handbag and the coin purse is for my grandma :) Su Jen and I were joking that grandma would probably only use the purse to go marketing. High fashion granny. The remaining monogram purse is for mom. Her old purse is so worn out now and she definitely deserves it :) 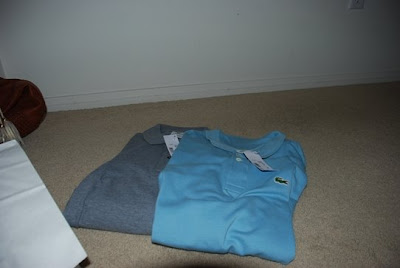 Crocodile long sleeved shirts for Dad :) Su Jen and I both shared to pay for them. Damn expensive lor these damn Lacoste... One shirt is already $40 I think. Even in a damn outlet... 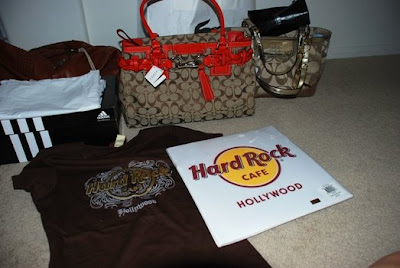 Hard Rock tees, Adidas shoes for the annoying guy and $40 worth of candies and chocs T_T 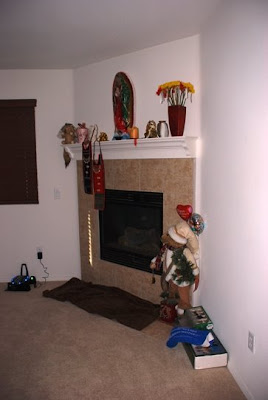 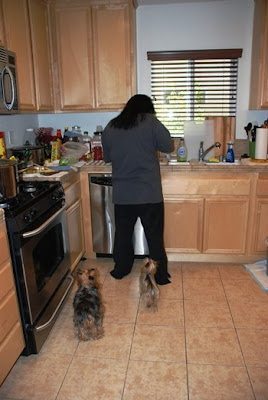 These are taken on the day I will be leaving for Houston, Sunday morning. Su Jen was preparing green apple kerabu and a load of other stuff for our brunch. Those greedy lil dogs hehheehhe. 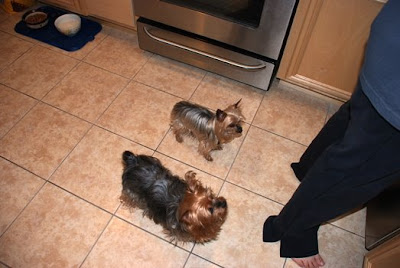 Baby is the fat one and Bobi is the skinny one. Bobi is the psychotic dog (in Su Jen's words) and is anti-social. He runs away whenever people are around lol. I had to take the longest time to coax him to come to me. Baby, on the other hand thinks that she is also a human and is cute! She loves seeking for attention and is very hyperactive. 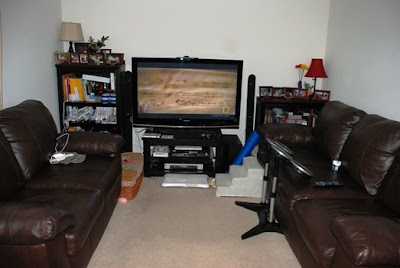 Su Jen's 50" plasma. She has whatever gadgets/games there is. Call me stupid, but Su Jen offered me to bring her Xbox 360 back but I was reluctant because of luggage space -_- 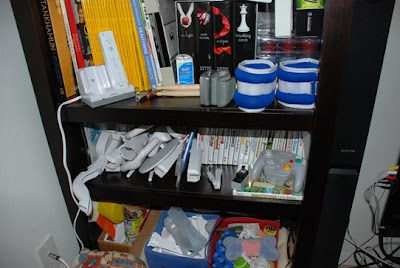 She doesn't want her 360 anymore because now she's into Wii. She has the Wii tennis racket, pingpong, and so many more, just look at that middle shelf, you'd know what I mean. 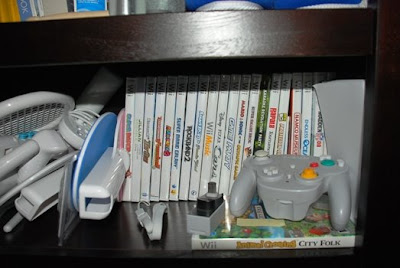 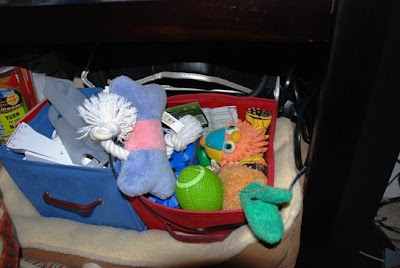 Then the bottom shelf consists of Baby's and Bobi's toys. 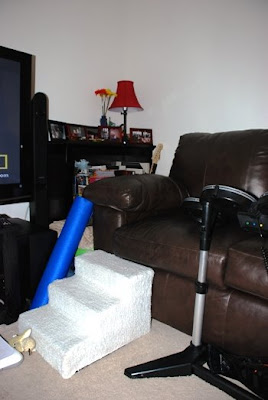 Little stairs for Baby to climb onto the couch. My sister got crazy not? Lol. 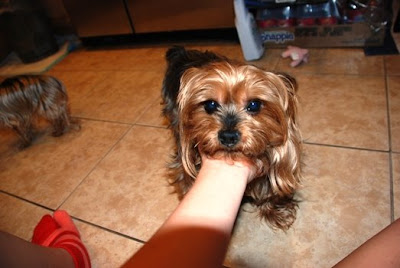 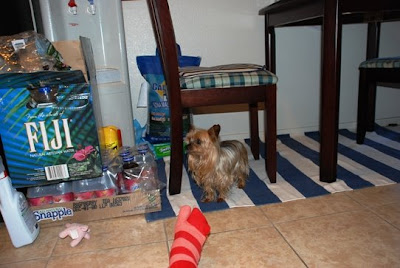 Bobi is so so tiny! Compare him with my socked feet. 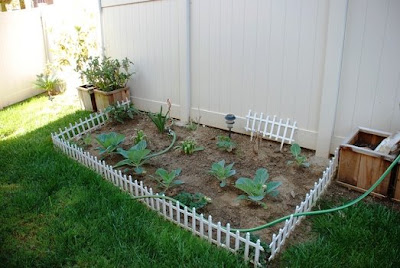 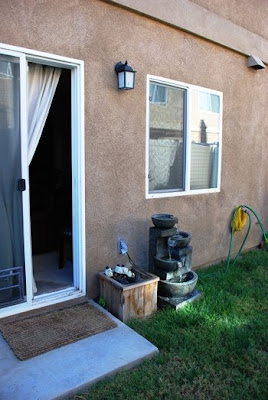 The sliding door has a tiny door flap for the dogs :)

There are apple plants, jalapenos... 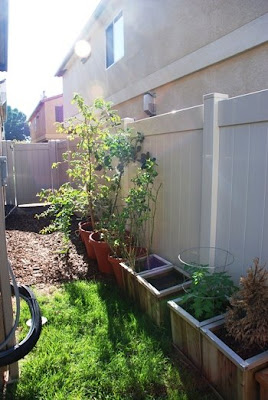 Su Jen has also told me stories like how she tried to fence off her vegetable plots but Baby will somehow jump over the fence and eat her strawberries. Before they were even ripe. 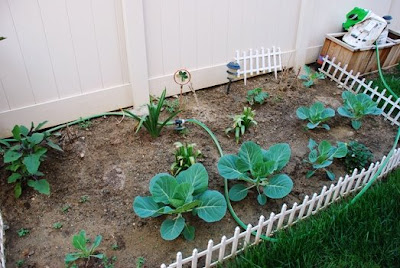 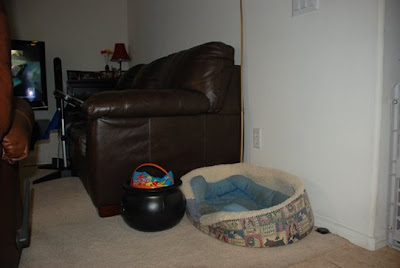 Su En's old room which I used when I stayed there. This is how it looks like even on the first day there heheheheh some things doesn't change. 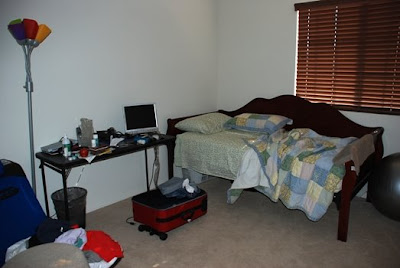 Will end this post about my fabulous sister with Baby's favourite toy: 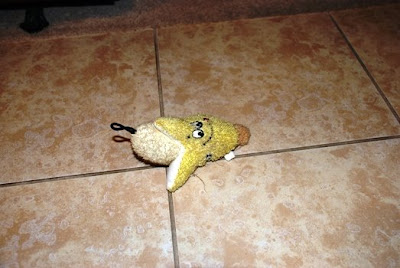