The day I leave LA and after a whole day or walking and screaming my lungs out (from the rides), I was bombed... Woke up at 9-ish and scrambled around collecting my stuff to pack them. Had a big feast the one I described on Disneyland day.

Took pictures around the house so I could show off everyone back home what Su Jen's place is like. 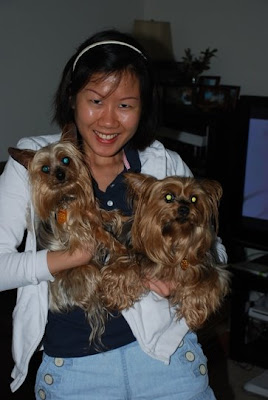 This picture is supposed to be in the other blog entry, Su Jen's in LA, but somehow it was in the wrong folder and I am not bothered to edit the other post. 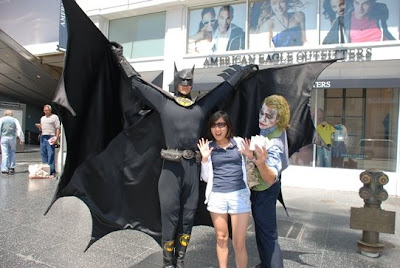 Pictures with Batman characters have to be the most expensive photos ever taken... It's like this, if you want to take pictures with these people, you need to tip them.

At first, I was just snapping Batman and Joker with other tourist, then Mr Joker approached me and asked if I wanted one, but I need to provide tip for each of them. So I said yea okay, and he said, tip any amount, no pressure. After snapping a few photos with them, I searched through my purse but I couldn't find any change except for 2 $5 notes. Dumbly I passed a total of $10 to both of them, when I could have only given them both $5! I think I haven't fully woken up, but oh well, I try not to think that over too much, money can always be earned again... 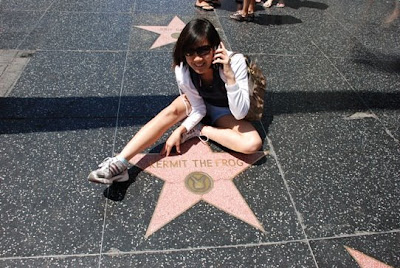 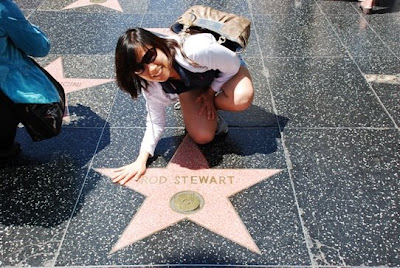 Su Jen dropped us off and we were supposed to meet her back up at some point further ahead. I took mostly pictures of old skool stars instead of teeny-boppers like Britney Spears :p 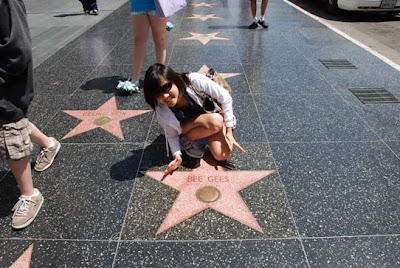 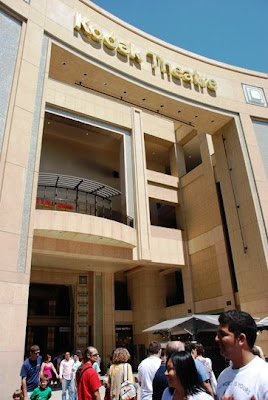 I only later found out that Shifa got caught between a tourist and actor squabble over tips. Apparently one of the tourist was taking photos of an actor (of some character la), and she refuses to tip the actor. But anyway all that was kind of cleared up, but that's how bad it gets sometimes here. The locals are mostly trying to con the tourists. Su Jen said that Hollywood is not really a good neighbourhood, it's more like a slump. Areas like Beverly Hills are much better, Hollywood is only famous because movies and stuff are started here.

Of course, that being said, surely we went off to the classier area :) 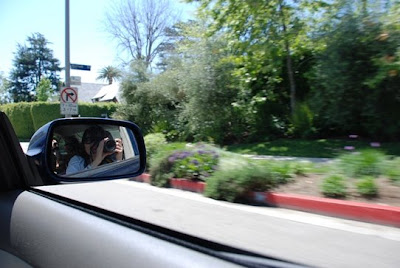 The houses are, needless to say, beautiful with perfectly manicured lawns. The houses are not exactly huge, but a nice size with tasteful exteriors. Very yummy. After a tour around Beverly Hills' posh residentials, she again dropped us off at 2nd Rodeo Drive, a street with a stretch of luxurious shopping outlets where celebrities shop at. 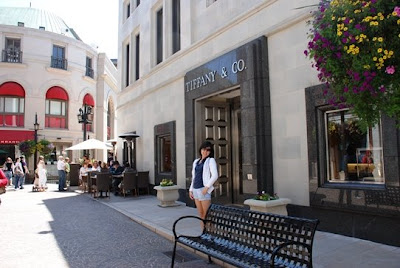 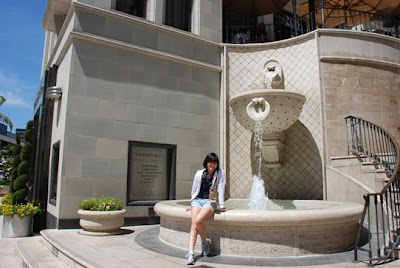 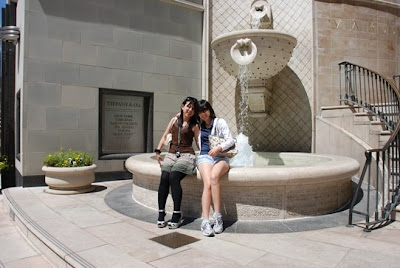 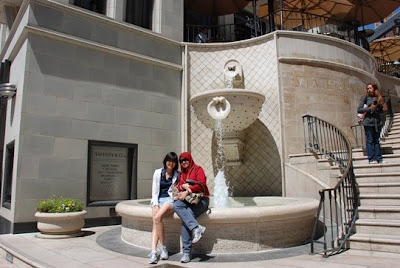 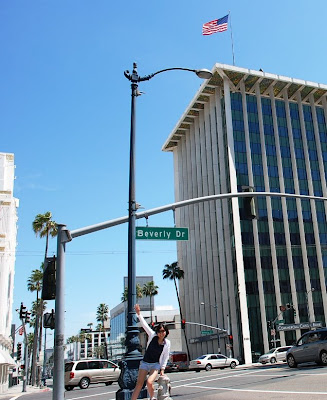 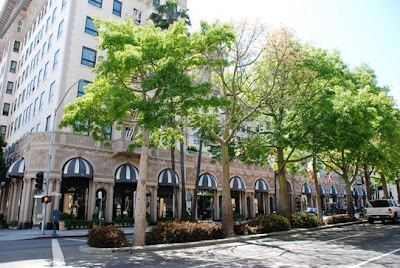 2nd Rodeo Drive, this stretch is where Pretty Woman was filmed. 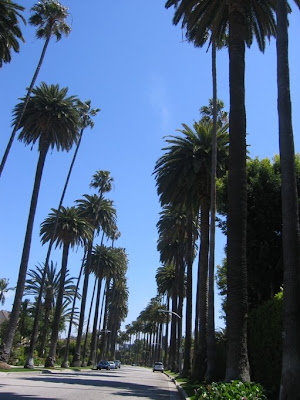 The overrated palms...hahhahah. I guess I've grown up watching them and I cannot appreciate whatever beauty is supposed to be appreciated.

15 minutes later, we hopped back into the car and Su Jen brought us to the Santa Monica pier. This has to be the shortest stop heheheh, 3 minutes? Su Jen didn't even park her car, just waited by the roadside. 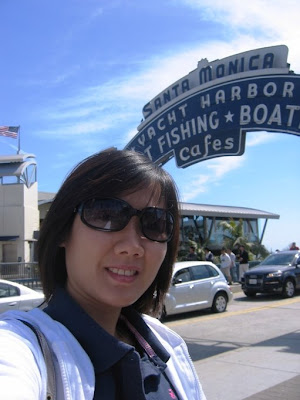 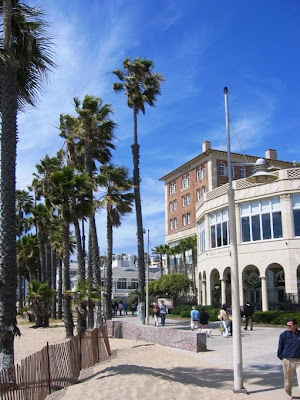 I think this is somewhere in Venice Beach? Also overrated la I suppose, although the sea is very much blue... this is one of the famous hotel over there and amazingly again I forgot what is the name of the hotel hehhehhe. Oh but I remembered that long stick that we had in Disneyland, it's churro sticks :) 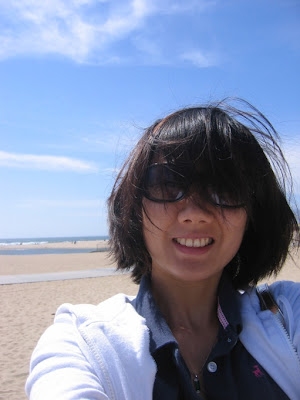 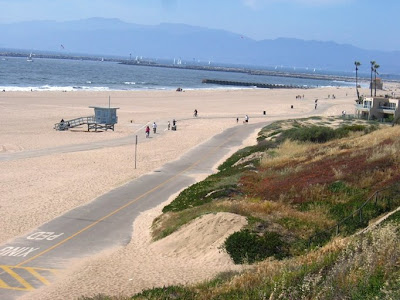 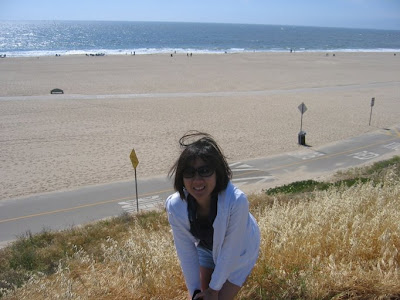 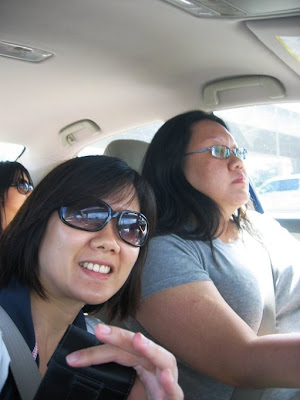 Then, too soon, it's time to say goodbye to LA.... Su Jen was so nice and momly-ish that she put some food into containers and wanted me to bring them back to Houston for dinner. So I ended up with this tall container full of her sweet fruit dessert, another one for her tumeric shrimps, a small one for the omelette, and another one, damn cant remember either! @@ 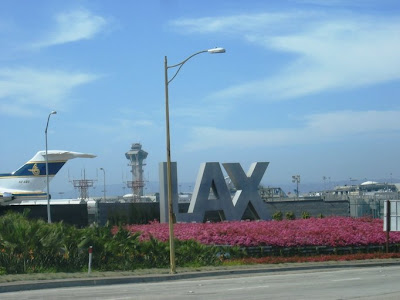