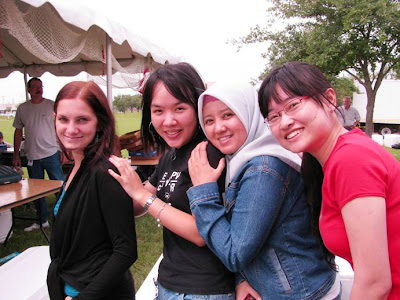 Everyone at the office was treated to a huge lunch of crawfish... and some other stuff. Lunch is held from 11-2pm to accomodate the large number of employees. 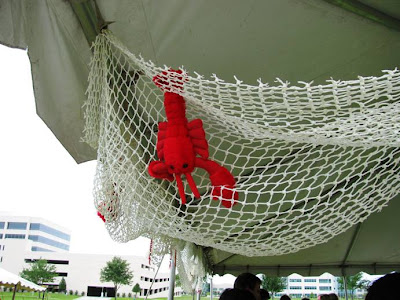 My first time having crawfish too. Not really sure what to expect, but good things most definitely. It's pretty much done buffet style. But instead of getting a plate to pile our food, we were given a tray. Dang it... Texas wants me fat.

Walking with the tray in my hands, I approached the first guy manning the start of the short bufet line. He plonked some potatoes on my tray. I moved on and the next one gave me some grilled onions. Then I reached the crawfish section and without asking anything, the lady dunked like a whole pail-size of craw-fishes onto my tray! 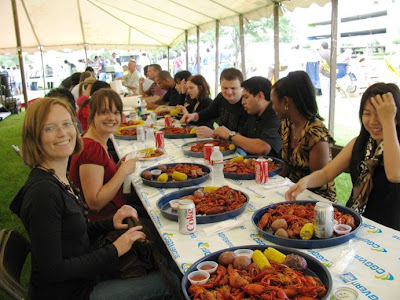 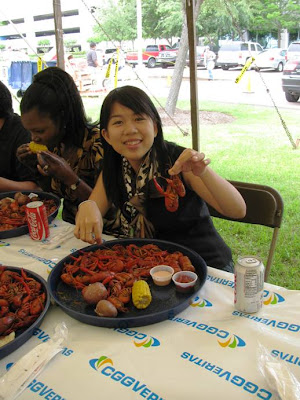 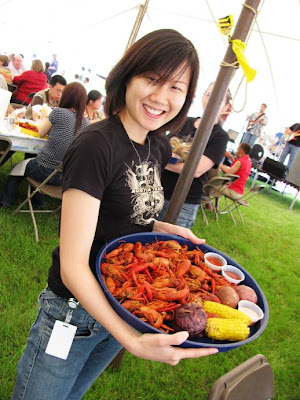 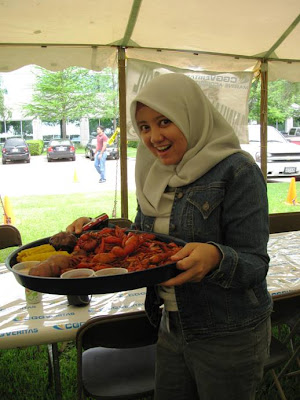 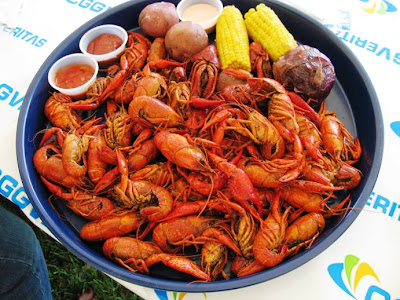 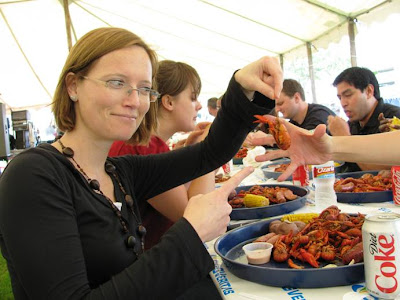 It was great lunch. They even had a band there to perform for us. Most of the time they were playing some Texan country song but the music was turned on too loud and that kind of spoils the conversation because we almost had to shout to be heard. 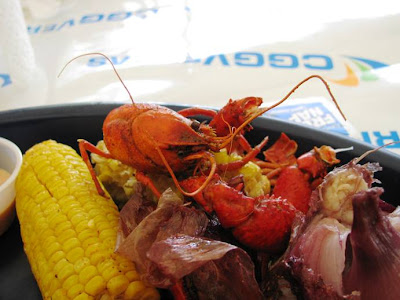 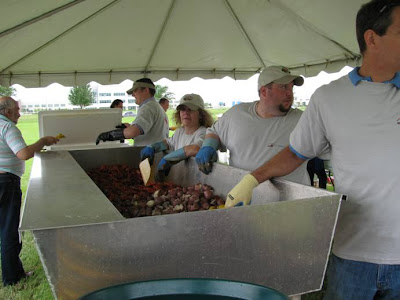 I only managed to finish like three-quarters of the total food piled on my tray. Well, not because I couldn't eat anymore. The crawfish may look like a lot on the tray, but after its head and shells are removed, the only edible portion is small, slightly smaller than the size of my thumb. The main reason that I just wouldn't finish my food is because as I was peeling off my 10th crawfish or so, I noticed that the grainy substance on the crawfish might not be spices as I thought they might...They were more like sandy stuff, like mud.

Crawfish live in muddy areas and with so many crawfishes being served at this scale, definitely they are not going to be bothered to clean or wash them.... Ugh... I just tried to ignore that thought and went on eating :P 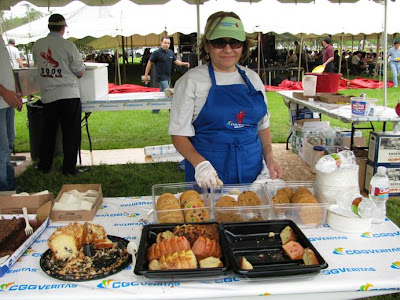 Had a bit of dessert to wash the mud down :D

That night a few of us went to the Malaysian cuisine restaurant close to Chinatown. It's called Banana Leaf. 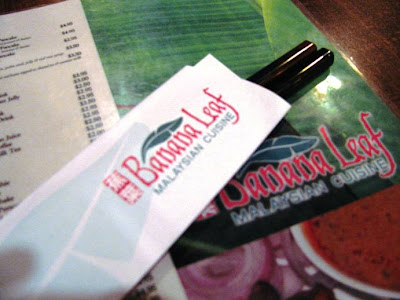 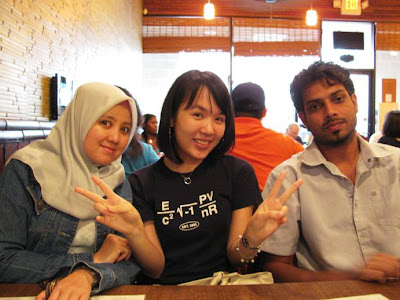 We just finished shopping at Memorial City Mall and were to meet at Wild West at 10. 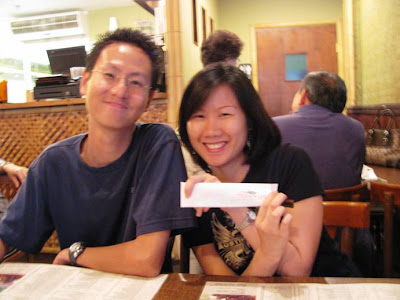 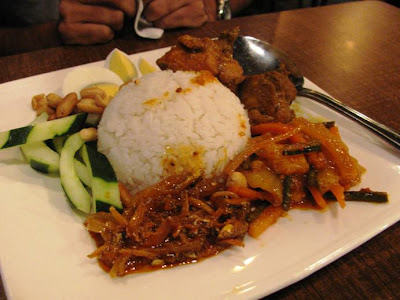 Shangar's nasi lemak that he had been craving for weeks. 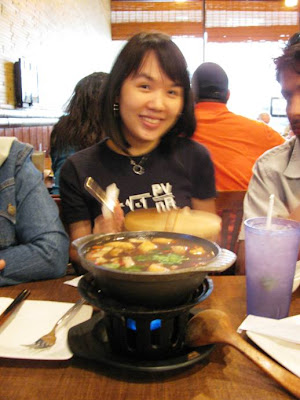 Melanie ordered bak kut teh. Doesn't really look like the sort of bak kut teh that we have back home. This looks like a very much simpler version of it without much herbs used and only a few pieces of meat here and there. Served with a large bowl of rice. 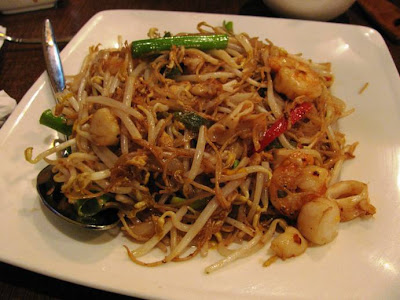 I ordered a Seafood Combination Stir-Fried Noodles. Not very sure why but I suddenly had a thing for seafood. I am beginning to enjoy prawns and stuff like that which I never really bothered with before.

Portions were of course huge that in the end I had to tapau.....
Posted by Giffo Hoots at April 27, 2009
Email ThisBlogThis!Share to TwitterShare to FacebookShare to Pinterest
Labels: America Eats, Houston, North America, Texas, U.S.A.