We've got Ah Ma a new place just beside Ah Kong... hehe. Ah Ma had a really nice photo taken from MCC's wedding. She was wearing her pink nonya kebaya with pearl necklace along with the world's sweetest smile. 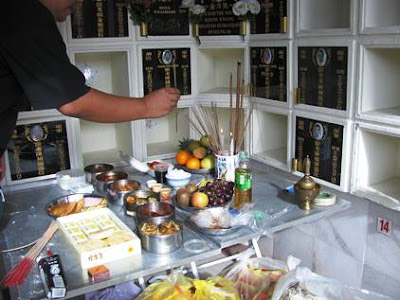 These were, like, a month or so ago I think. I had to take Monday off because the 'anniversary' is on a Monday. As usual, lots of good food when the Lee sisters get together hehe.

Good news is that I have moved on since Ah Ma's passing. I still think of her every now and then but no longer have the urge to cry my eyeballs out every single time I do so. She has had a long and fulfilled live, or I hope to think that way. 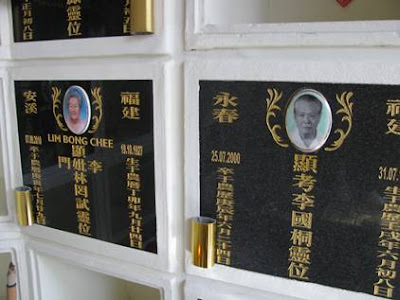 Ah Kong passed away when I was about 12. I still recall him smoking kirai sticks out on the porch. Sometimes he would drop me off to school and give me pocket money. How I miss him so. 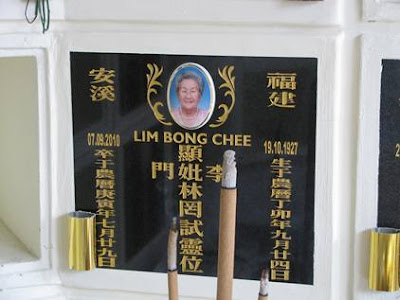 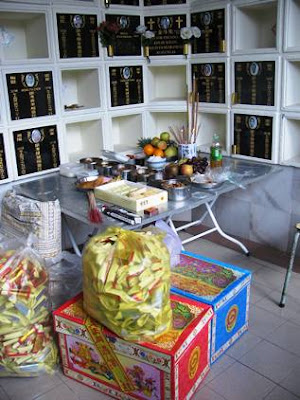 I helped to fold some of those paper gold bars too! Hehe... Ah Ma is going to be really wealthy wherever she is. Hope she's playing mahjong with her friends and maybe even with Ah Kong :) 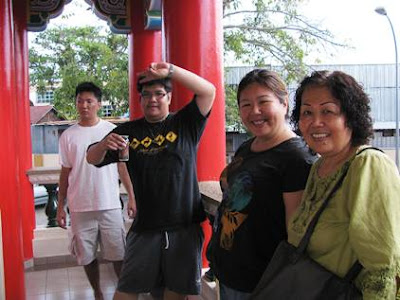 Sigh. Everytime BKK is around he would come up with all these ultraman poses. Tak habis habis. 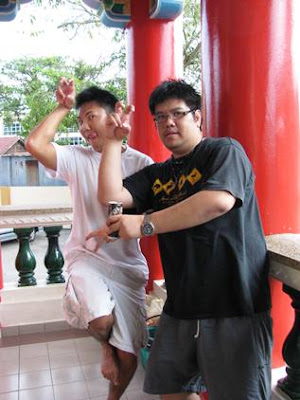 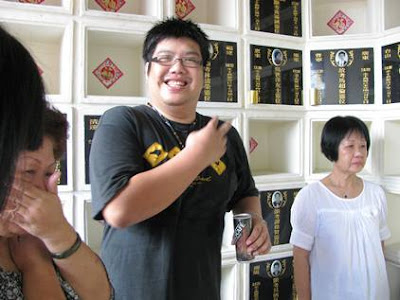 This is one hell of a funny photo. See BKK making a fool and laughing like no tomorrow? Just on his right we have Ji Yi all emotional and teary-eyed hehe.... Well JY has always been very emotional. We were all like shushing Ji Yi because we hope Ah Ma would move on without having to worry about all of us. 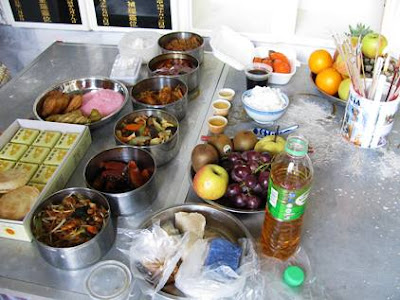 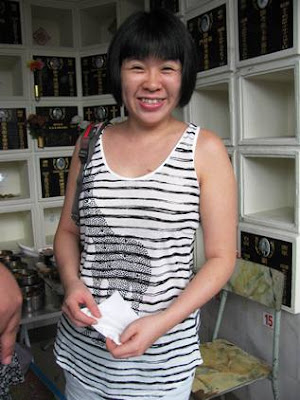 MCC! I love her zebra top. So fresh and young! 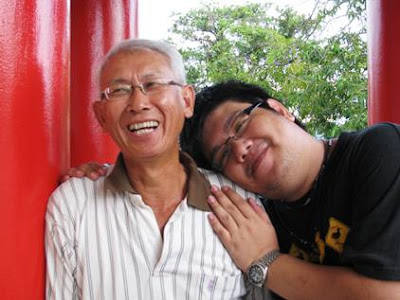 Don't you just love that laugh carved on Papa's face? I miss my parents! Been calling them every two days or so. Hurmph, but those two are sooo busy. Their lives are more happening than mine. Earlier this evening I called and they were getting ready to go to a house warming party. Two nights ago I called but there was no answer only to find out later that they were having a karoke session.

Eh! Like reversed roles la! I should be out at parties and socializing whereas they should be the ones frantically trying to reach me! 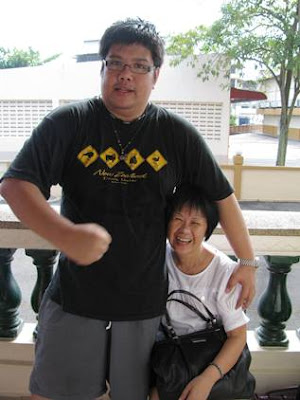 BKK practically shoved Sien Ee's head to his side rofl. 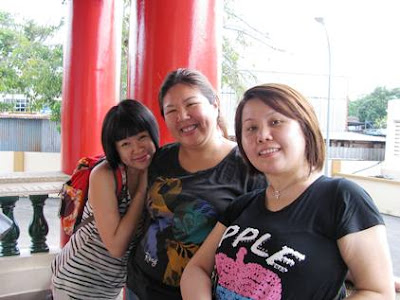 Cousins and soon to be cousin in law lol. 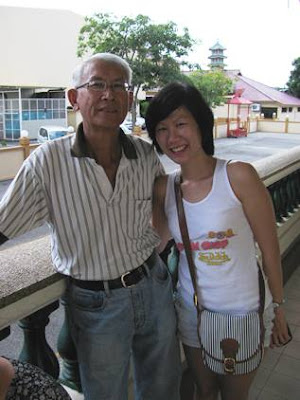 Me and Pop. My hair looks short and darn retarded. It's getting long and out of control now lol. Shall have it snipped real soon! Damn hair when I want to leave it long it grows a millimeter per month. When I want to keep it short leh, it just goes on a growth spurt. FML. 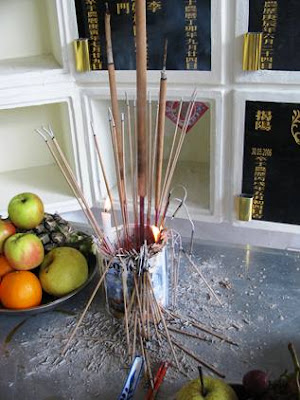 Strange phenomena.... A chunk of the joss sticks are burnt at half point and they just sort of .
dropped around. We all joked that Ah Ma is having a fireworks of some sort of her own hehe. 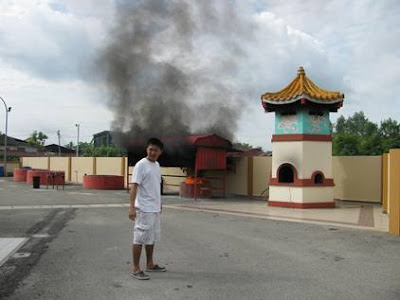 Then everything goes into the flames.... including one of Ah Ma's favorite pillows! lol... We Chinese have traditions that are certainly not environmentally friendly. Still, hope Ah Ma is glad to have her pillow :)
Posted by Giffo Hoots at November 27, 2010
Email ThisBlogThis!Share to TwitterShare to FacebookShare to Pinterest
Labels: Comfort-Homeliness