Today me gonna blog about one of me favorite eateries :D

Ok, enough with the overly hyped and fake advert-like intro. I was first introduced to this place by my swimming students hehe. It's one of the well-known places for fish head noodles. There was just this other entry on fish head noodles that I've been to around this part of the region. Comparably? The broth on this bowl coming up is unbeatable! 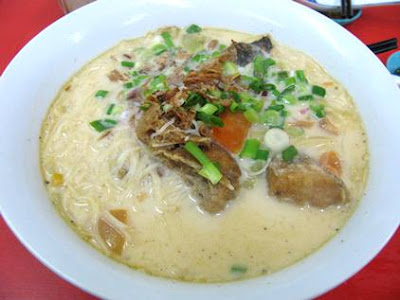 The shoplot is only about 5 minutes' drive away from PCC's place. Imagine after an hour of swimming and kicking around, you are rewarded with a hot steaming bowl of noodles. This sort of noodles is not the typical kind you get up north. Milk (evaporated milk, it seems) is added to the fish broth. That may sound gross, in fact the idea initially did grossed me out, but do not pass judgement before trying it out first ;)

The broth has to be the popular feature of the noodle dish. Fish fillets added with ginger, Chinese cooking wine, spring onions, tomatoes and shallots yummy. 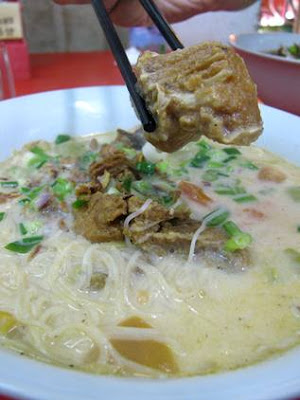 The shop is usually filled and so far, there seems to be only 1-2 tables empty so I was pretty fortunate I guess. But the crowd is not as bad as the ones at Yut Kee Dang Wangi.

You can opt for fried or fish paste. I usually have the fried version, with vermicelli . With milk of course. 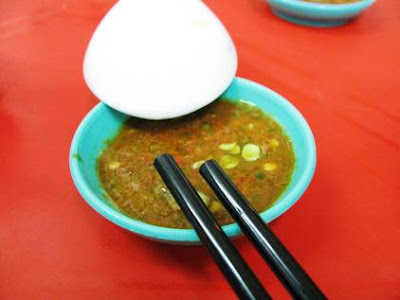 I once made a comment to WE that this seems to be the very few types of soupy meals that has the chili sambal as an accompaniment. So right together, along with a squeeze of lime.

One comment I absolutely must point out is that the fish pieces have dozens and dozens of bones hidden! Each bite reaps a couple of thing long spiky bones. There is quite a lot of work involved in removing the bones (using chopsticks mah) till at one time it got so annoying I just cannot be bothered to finish them. 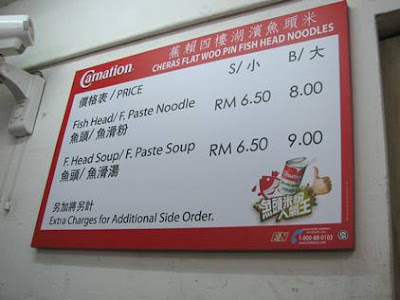 Business is so good here that there is another branch opening at the Bukit Jalil area I think. Can't remember exactly where it is. Might update the address if I remember. 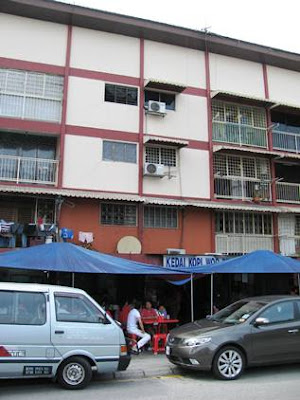