Coniston in Lake District is my top favourite spot amongst places in the UK that I've visited. First when I decided to extend my stay while in the UK, I was actually contemplating to visit some place entirely, like the Netherlands or a neighbouring country. I then looped in Soon Wen and also Caren; they were quite keen as well but after weighing in flight time, , we felt that it makes more sense to do a roadtrip instead. Then we became quite ambitious, considering to drive all the way up to Scotland from Cardiff (easily 8-9 hours!!) until sense took over and we had to lower our goals a little.

Lake District was an obvious choice and I am very glad that we decided to make this trip here. 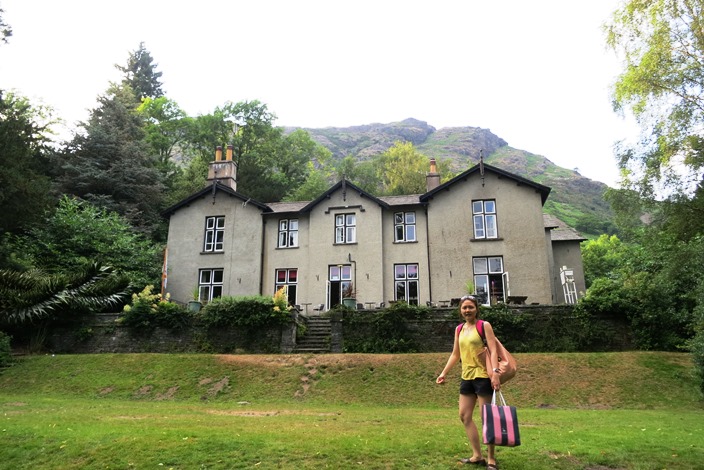 It was quite late by the time we arrive at Coniston- close to 5pm. Roads got narrower as we are approaching Coniston, too. But thank goodness for long summer hours. We checked into the YHA - a Youth Hostel Association or something along those lines, hehe. They offer dorm facilities or even private rooms at very cheap rates. I have booked online beforehand a 4-bed dorm with a common shared toilet. The place is quite clean but very basic and kinda old. But then again, it's only £22 for the room, £7 each... So we really can't complain much :)

No pictures of the place, nothing special to write home about... 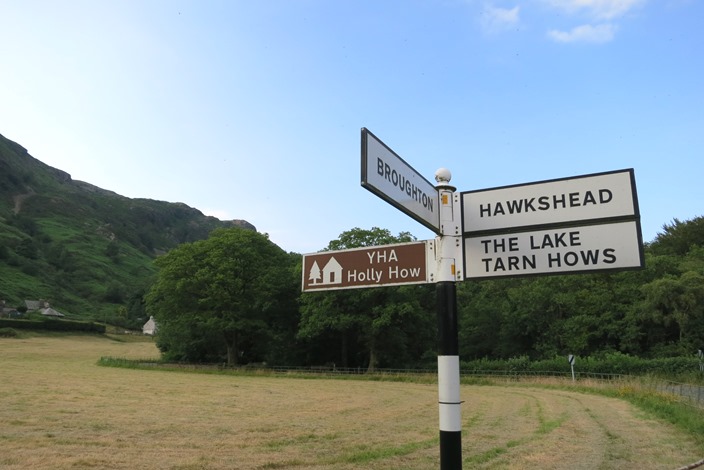 We were told by the helpful front staff that the nearest 'town' is only 5 minutes walk away, and the lake 15 minutes. Without wasting any time, we headed to this town (I think a village is more of an apt description. It's really a small place), through it and towards the lake. 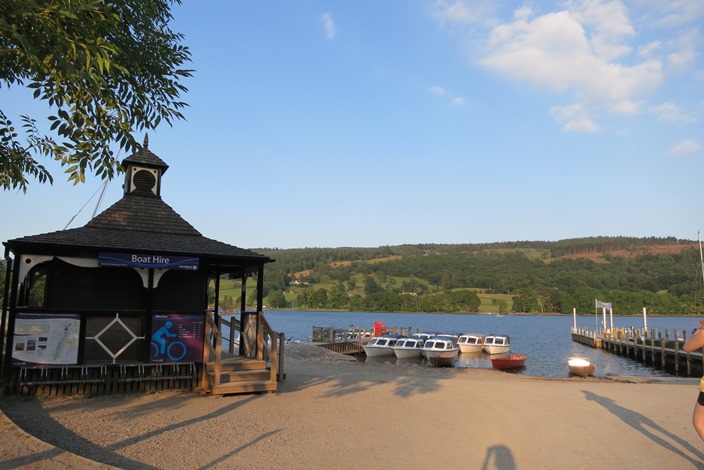 Super excited when I saw the lake. We decided that die, die, we must take a swim in it; kayak or something! Also cycle! (Super ambitious then). Because the water is so clear.... my loyal Timberland hiking shoes that has been with me since Mount Kinabalu is now peeling on some parts :( 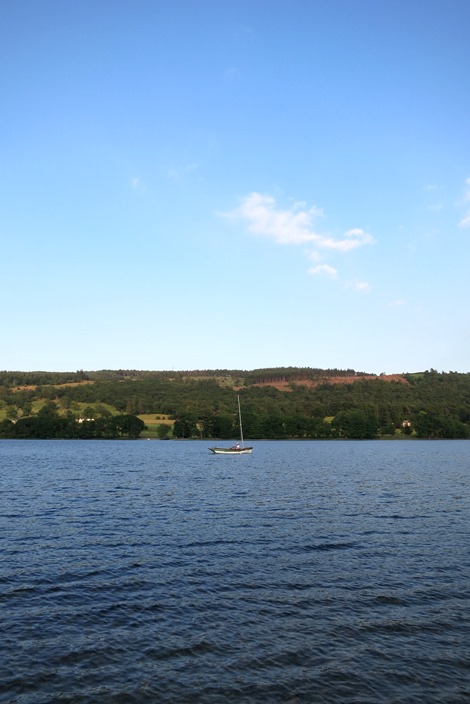 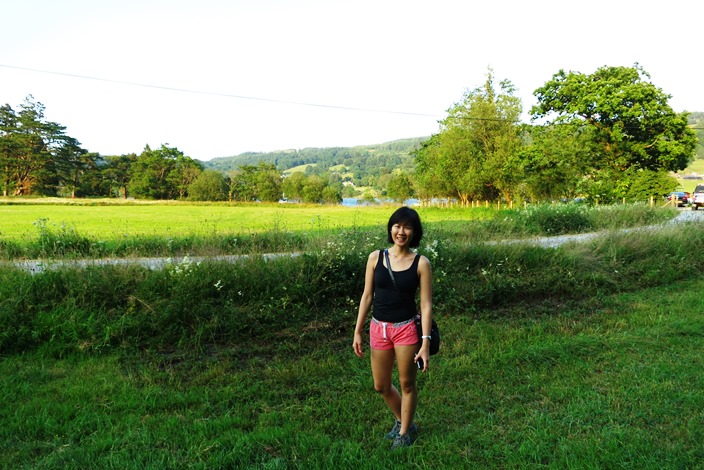 We spent some time at the lake and detoured back to meet up with a colleague of mine who attended the same course as I did when I was in Crawley. Coincidentally, he's from the Lake District! 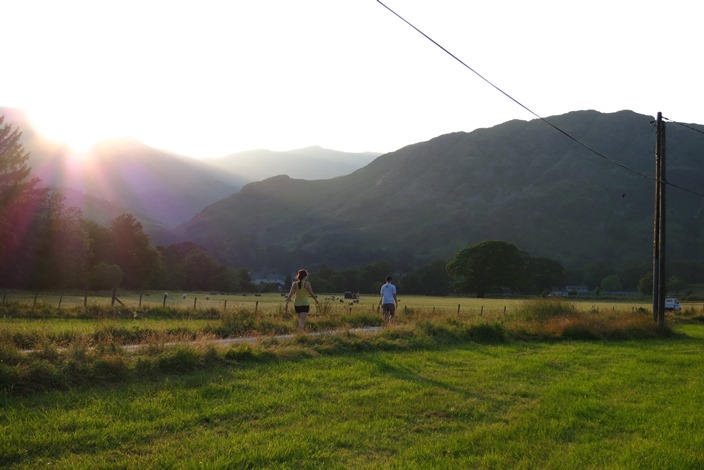 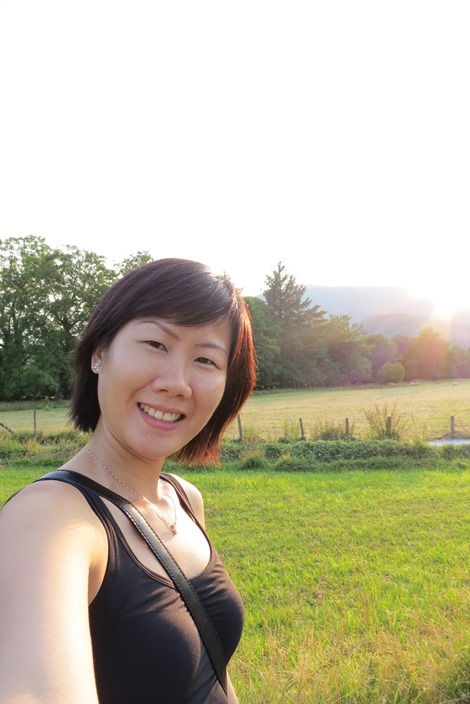 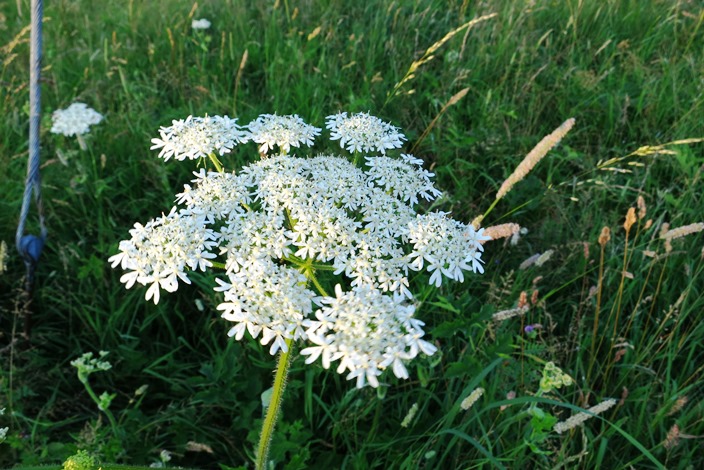 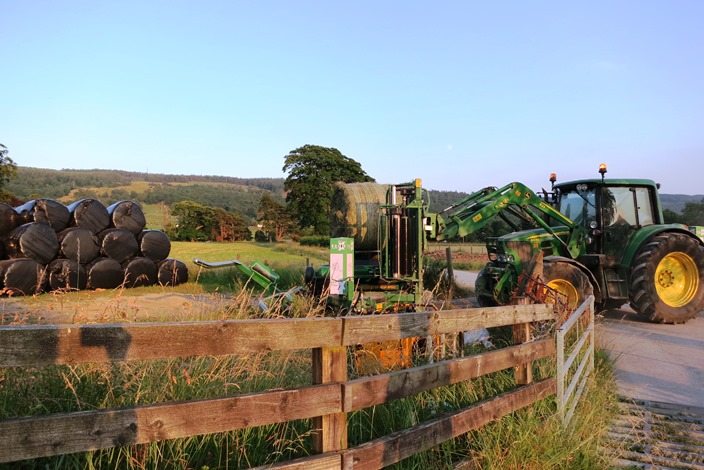 Hay barrel in the making. 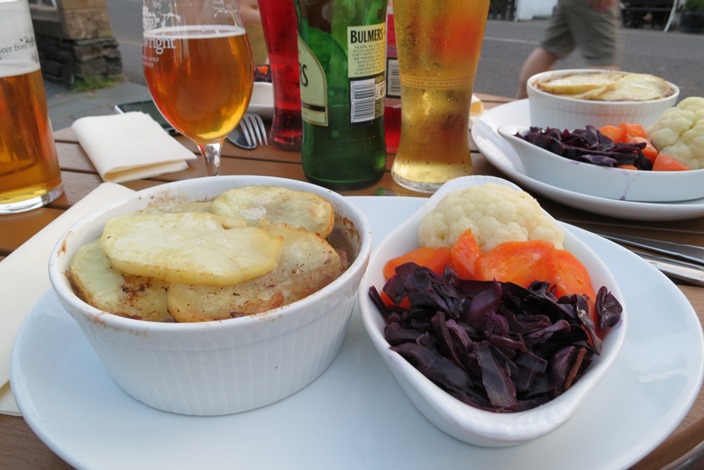 We initially wanted to dine at the Black Bull - which was highly recommended by the people at the YHA. But it was completely full! Even Will who arrived earlier couldn't find an empty table. The Black Bull has been around since the 1500s; if they've been around that long, they have to be that good! But alas, the patrons don't seem to be in a hurry to leave so we settled for a restaurant opposite the Black Bull....


Ordered a tattie pot - which is a Cumbrian speciality. Baked under a layer of potatoes, it contains lamb meat (Will suggested to try lamb since they are grown in this part of the country) and also black pudding - pork blood..... Not really my thing as it was mushy and gooey inside. I did like the vegetables though :/ And it's not like I am grossed by the black pudding - I just didn't like the texture. I liked black pudding when I was in Ireland! 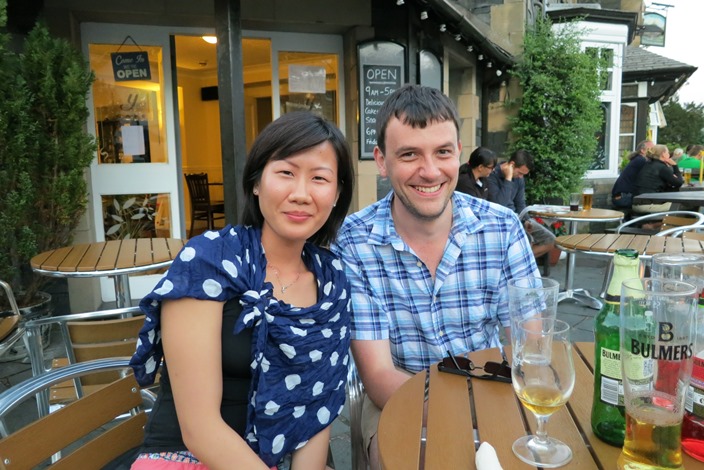 With Will. Great guy! Talks way too much lol :P Very easy going and quirky person. Anyway, as there is a curfew at the hostel (!!) we started walking back towards the YHA by 10ish. The main door locks at 11pm (supposedly for security purposes)...

I had a good night's sleep, but the other two apparently didn't...... Caren told me that she heard a scream in the middle of the night and she woke up terrified... She immediately started praying and couldn't sleep any more (lol). Later on, we discovered that it was Soon Wen who had a nightmare and was the culprit lol zzzz. Because after that, in the early wee hours (sun has risen then), he had a second nightmare and shouted again zzzzz................. Lucky for me I only heard the second one and completely slept through the first one.

Got up the next morning for breakfast and then out into another beautiful day!! 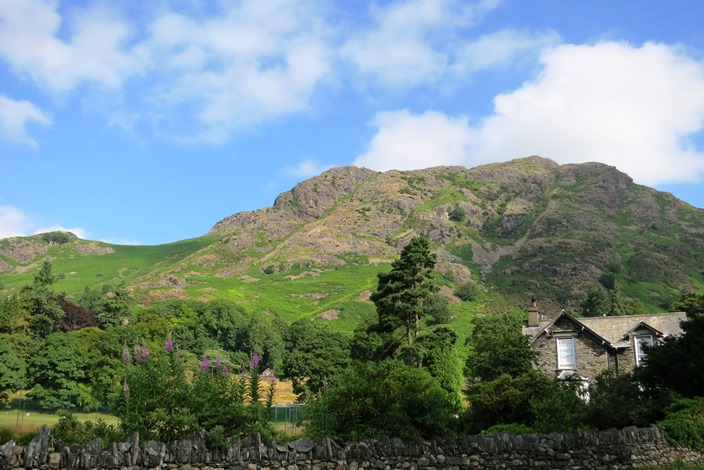 The colour of the skies is just absolutely surreal..... Even typing this right now I am filled with disbelief that I was actually physically there in that perfect picture! 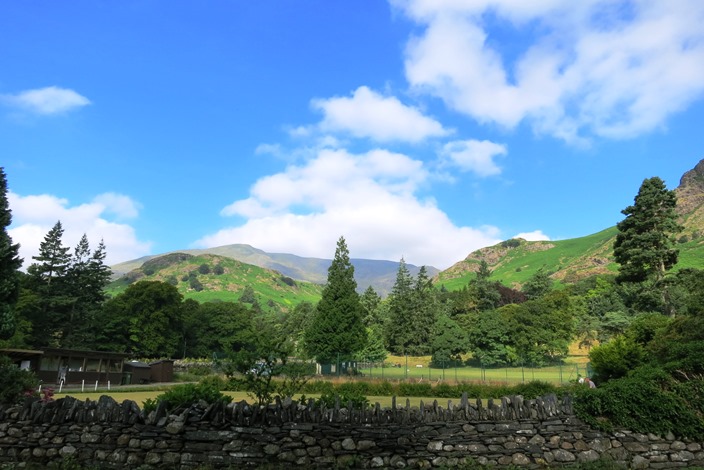 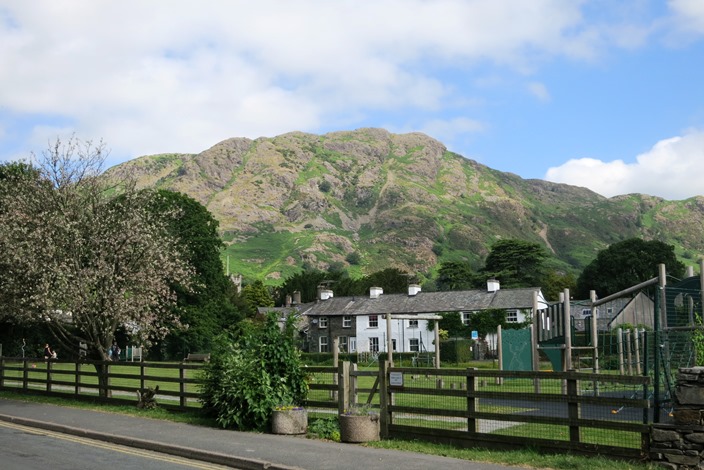 The skies are clear in the morning but as it gradually got later, more and more clouds filled up the bright blue sky and made it overcast. Didn't make for a good photo op :( 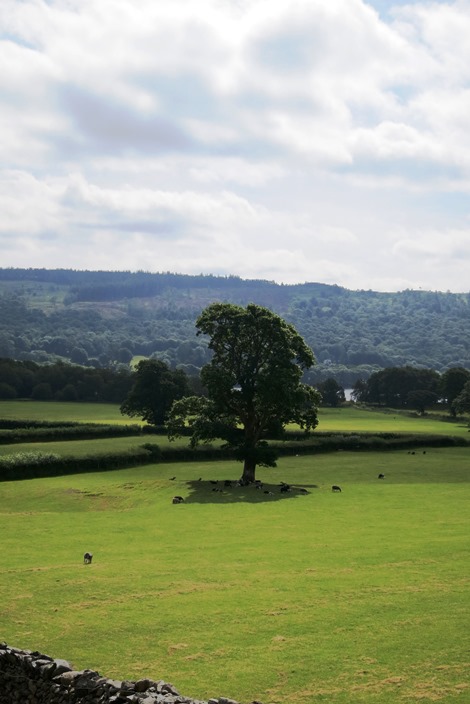 My favourite subjects - cattle! Here lazing under the shade of a massive tree 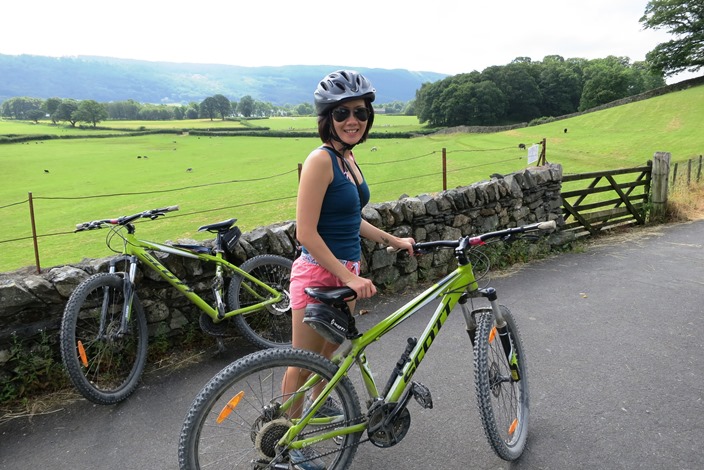 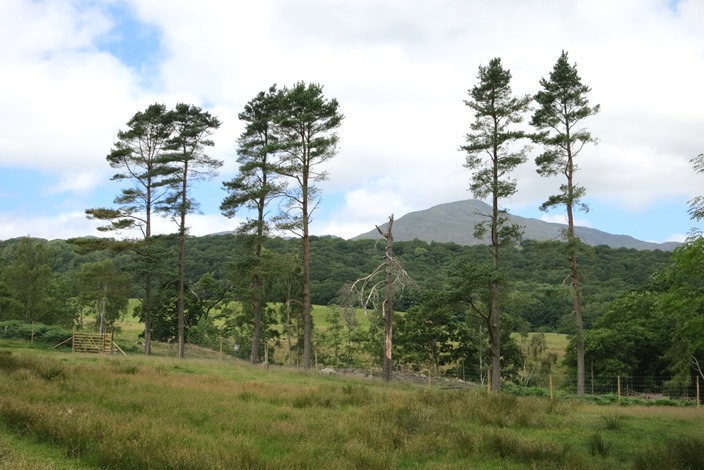 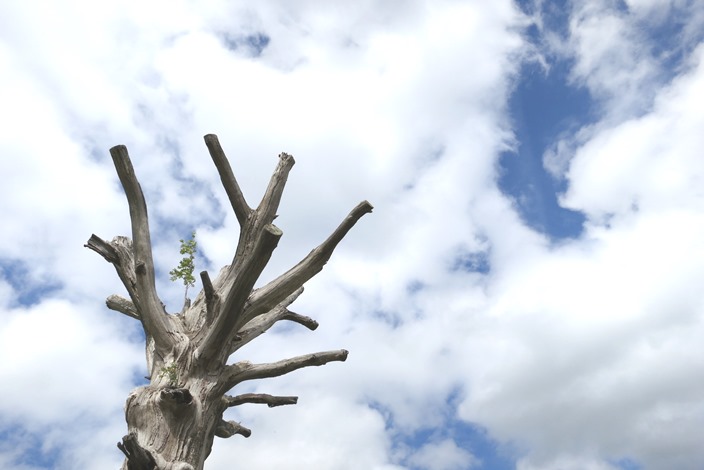 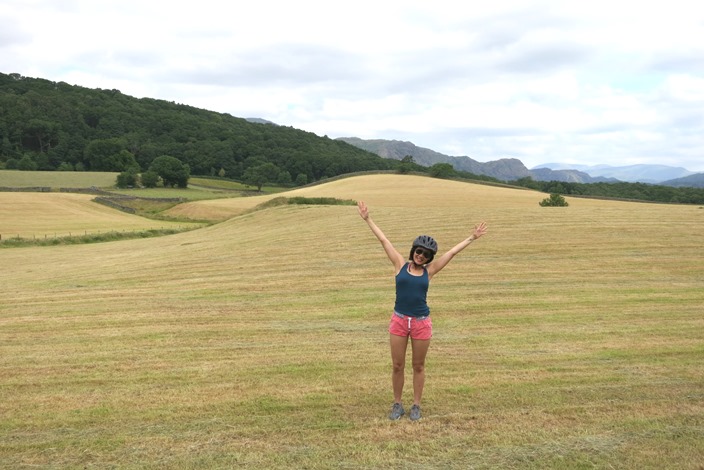 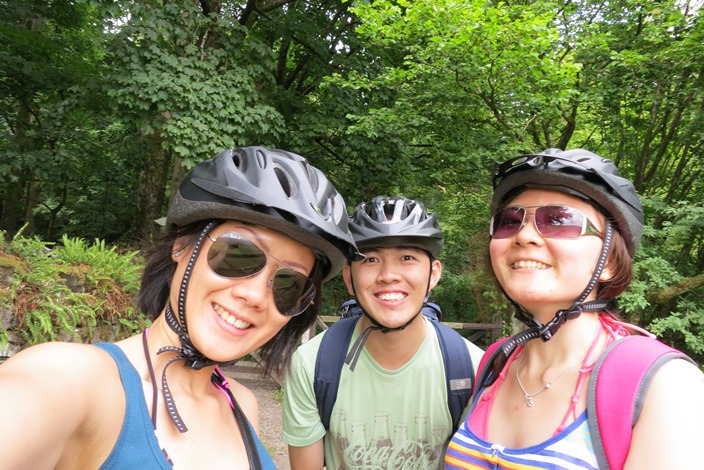 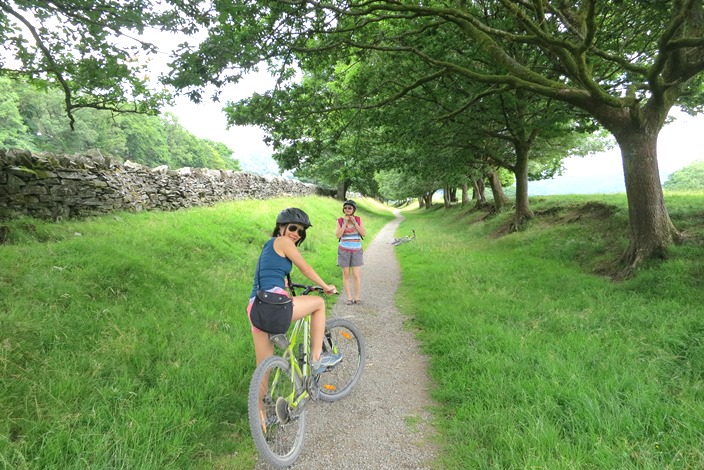 Those two really budak budak.... After the top photo, I offered to take a photo of the two of them. So I said, ok, who wants to pose with my bike. Caren said first, I want. Then Soon Wen seeing that Caren was going for the bike, he also said that he wants. Then they started bickering -.- I took the camera and turned around, with this sight in front of me. 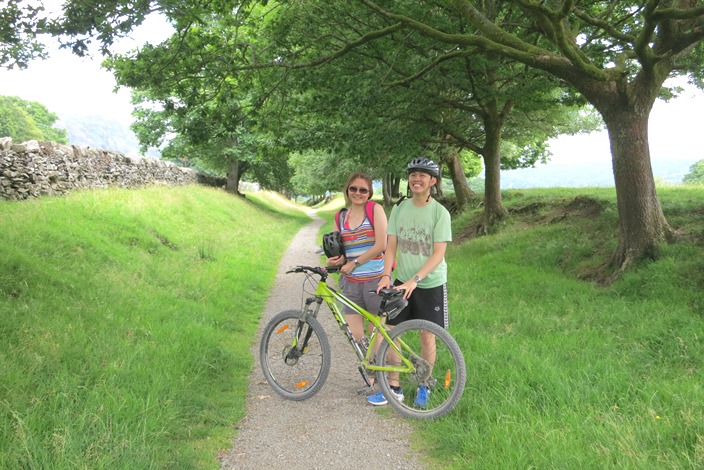 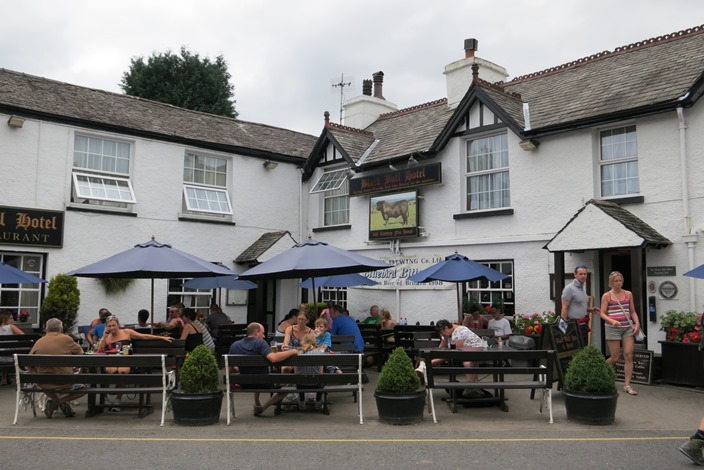 We didn't manage to get into the Black Bull yesterday but we're sure as hell not going to miss another chance! 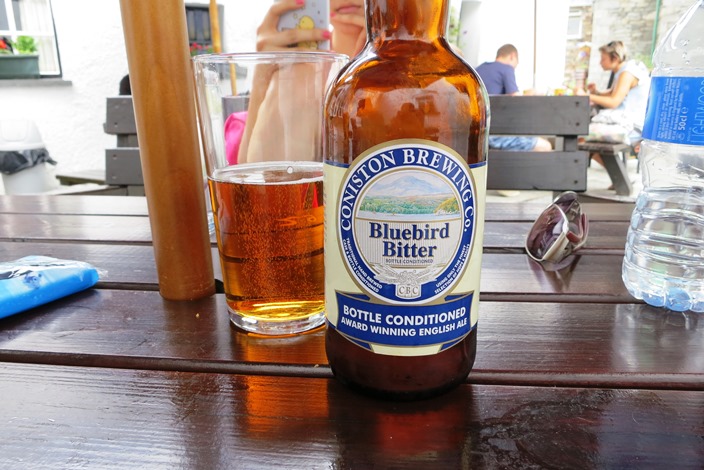 They also have their own microbrewery... made with natural ingredients and the local mountain water! 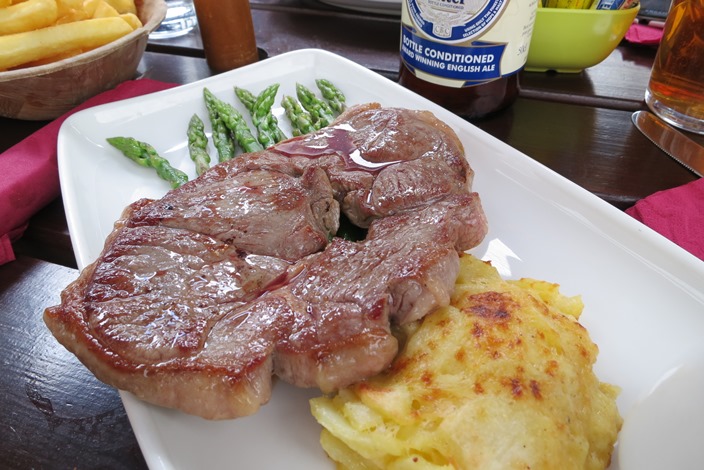 Following Will's advice, I decided to order a piece of lamb steak for lunch. And Oh. My. God, the lamb steak was heavenly!!! It is the best piece of lamb I've ever had. Seriously. It's like after eating it, my journey in life is complete. I can die NAO kinda feeling. It was the most succulent, juicy, tender piece of meat I've ever sank my teeth into. It comes with a small little jar of mint sauce and that was the perfect companion to this baby. Comes with mashed taters and asparagus. Sigh......

And that, wraps up my little adventure in the UK & Ireland! My favourites are definitely Ireland and here in Coniston. Trumps over London, without competition!