The Irish Luck: A Killarney Treat

As soon as I finished the course on a Thursday, got into the car seat of a fellow course mate who lives in Wimbledon, and waited patiently as he drives me to the Gatwick airport. Got off at the airport and bought a one-way coach ticket to Heathrow airport.... Ireland!! It's about effing time!! 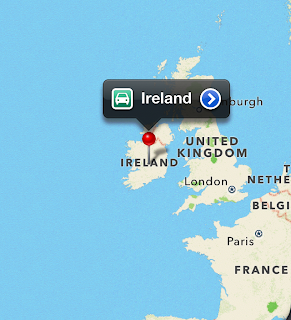 Flight is only less than hour to Cork, Ireland. Again, I received another suspicious look from the immigration officer and they had to take an extra webcam photo of myself or something. Whateverrr la mister, you're just wasting your time! My host, Anthony, picked me, the parasite, and it's another 2 hours' of drive before we finally reach Tralee. 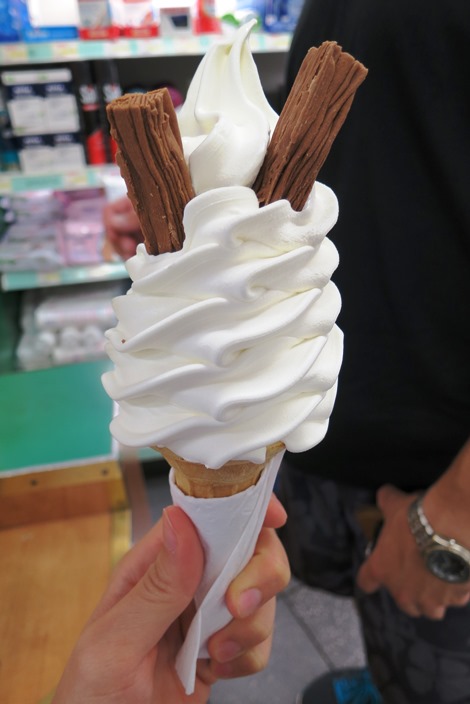 First photo in Ireland is this. Typical. He's not very much into health and stuff. But the ice-cream is very good. It's called a 99 Flake. Vanilla 'soft-serve' ice-cream with two Cadbury flakes. Ant says they are good stuff with fresh milk. I nod and eat :) 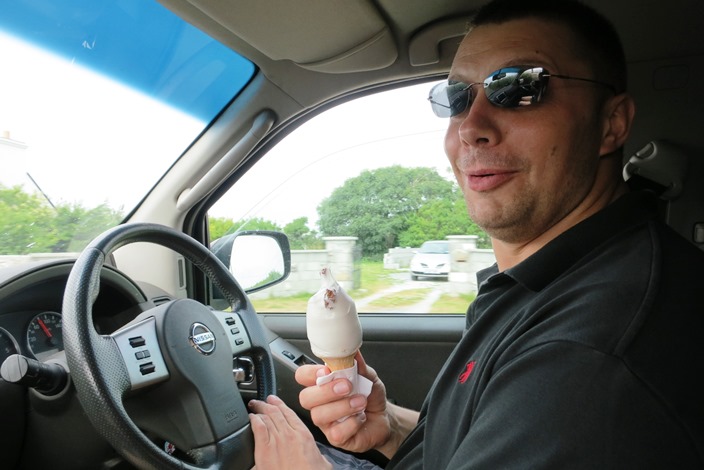 He could have his ice-cream while driving a manual, and munch on burgers n stuff. tsk tsk.


After driving around for a bit, first stop was to Banna Beach. It's not as sunny as I'd experienced in Crawley, it's also chilly but Ant reckons that this is great weather and 'normal temperature'. 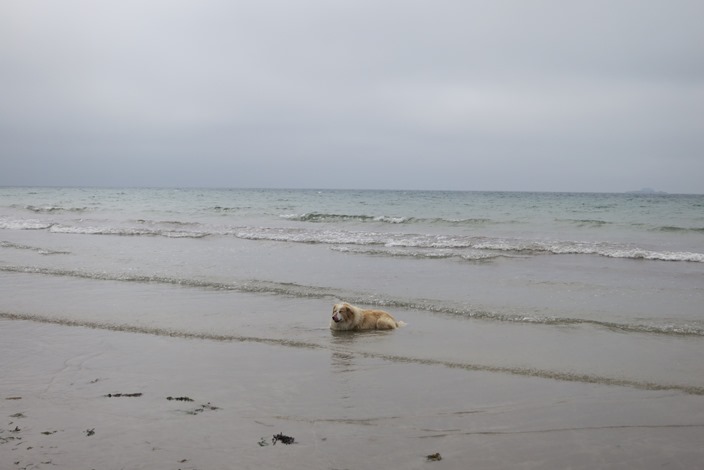 Doggie enjoys getting its bum hit by waves. 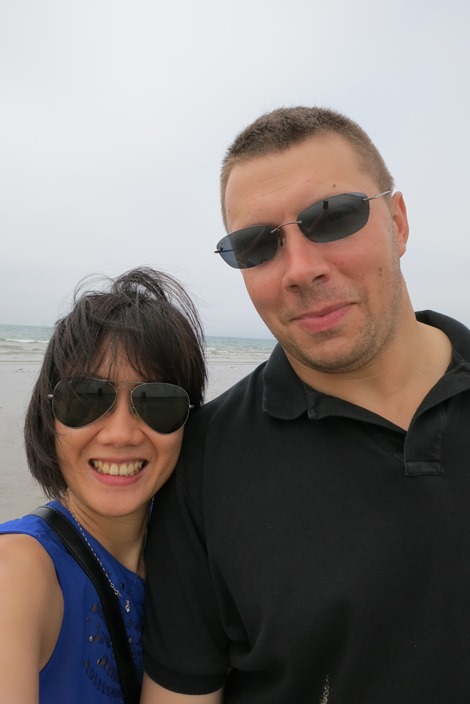 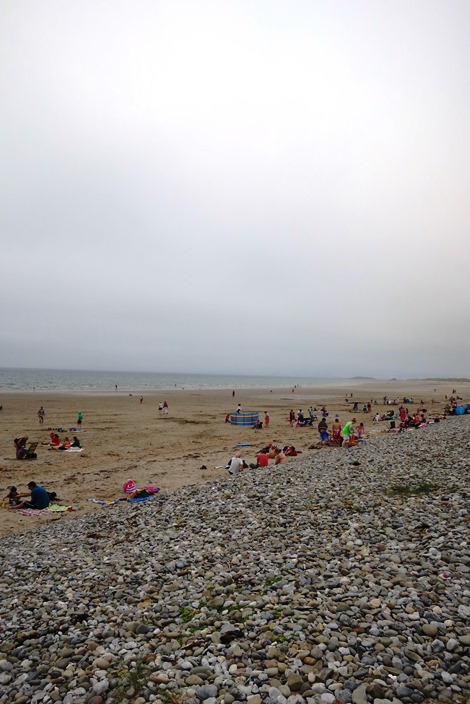 
I am fully clothed but the coastal breeze is pretty cold for me. But then I see these ang mohs lounging around in their bikinis and some young ones wearing nothing, dipping in the freezing sea! Pfft... I can tahan humid weather better than you!


Didn't take pictures of dinner that night. Met up with two of Ant's friends, champers and wine, too bad no photos! Next day, up in the morning for Killarney! 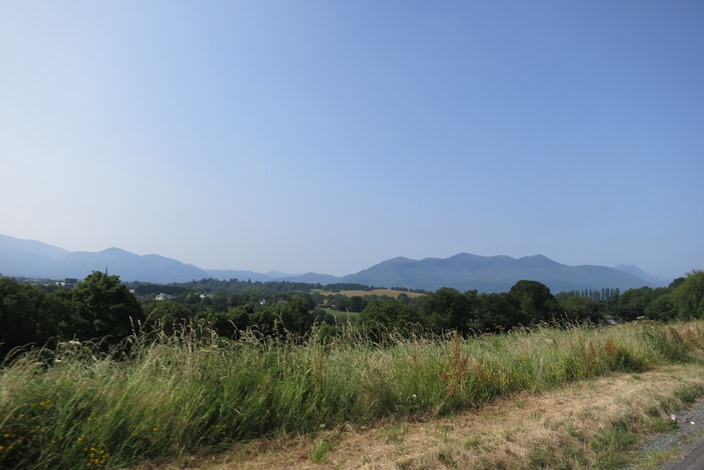 There's just so much green in this county that I can't resist taking photos every now and then (to Anthony's annoyance). I love how vast the fields are, dotted with the occasional black and white cows, sheeps and other random farm animals hehe. 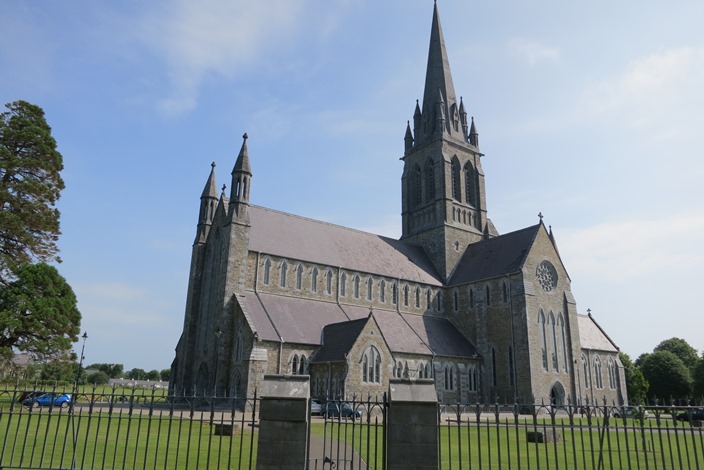 It took about 40 minutes drive from the Tralee town to reach Killarney.. it's also a bit of a touristy area. That's the St Mary Cathedral on the top shot.. didn't stop and explore, just took a picture of it from the car -.- During the drive there, there was a report on the radio about an explosion in one of the hotels in Killarney, lol (ok, sorry, that wasn't a proper response, but what are the odds?). Thankfully, no one was hurt and it could have been someone trying to take advantage of the fire insurance to pay off some debts.

Anyway, because of the incident, there was a number of roads closed for investigations into the explosion. Just a little intro before I introduce some pictures of Killarney to you :P 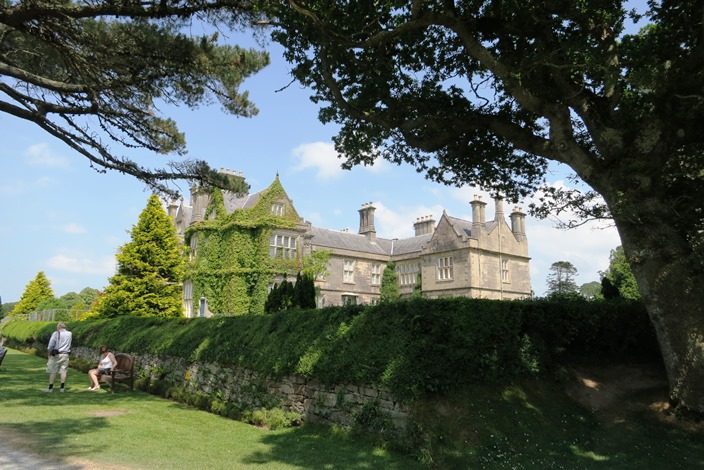 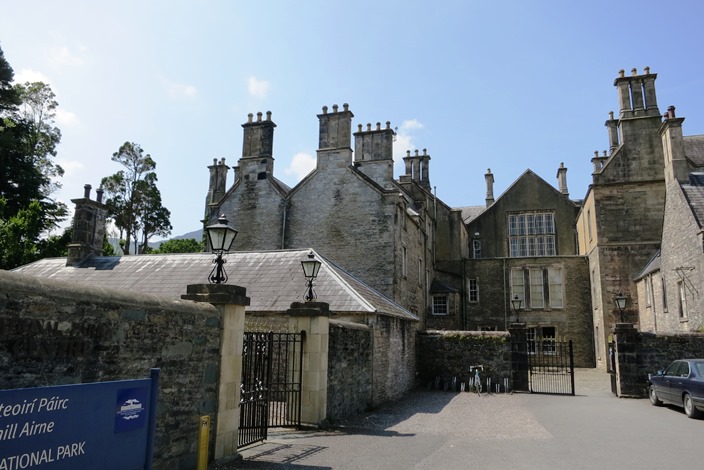 We did a tour around the house, which was built in the 1800s (I think, not concentrating very hard on the tour guide :P). Anthony, who has been there some years ago, said that it's a lot different now with the tours and much more restricted. Now the tour forbids any photography, or touching of furnitures. Anthony said he used to lie down on the beds and have his photo taken lol. Well, it certainly is not going to happen now. To be honest, it's quite interesting to do the tour.

Some interesting facts: The house received an announcement from the then Queen, Queen Victoria that she shall be visiting, 6 years in advance! So the family performed massive renovations on the house to impress the Queen in hopes of reaping some form of acknowledgement of title or reward from it and spending lots of money during the process. 6 years later, the Queen arrives and just after two days, she received news that her husband, the King is dying. She left and soon was too depressed mourning over her late husband that she forgets about the house and their hospitality..... The owners are later overwhelmed by debts and soon declared bankrupt. Sad.

Another one: There were these squarish-plates with decorative paintings on them and held upright with a standing pole. These plates are about the width of an A4-sized paper. We were questioned by the guide what we think it is used for. Turns out it acts as a guard against heat from the fireplace. Back then, the ladies would apply makeup on their faces, however, the makeup will melt from the heat and hence, these handy square face guards are created! 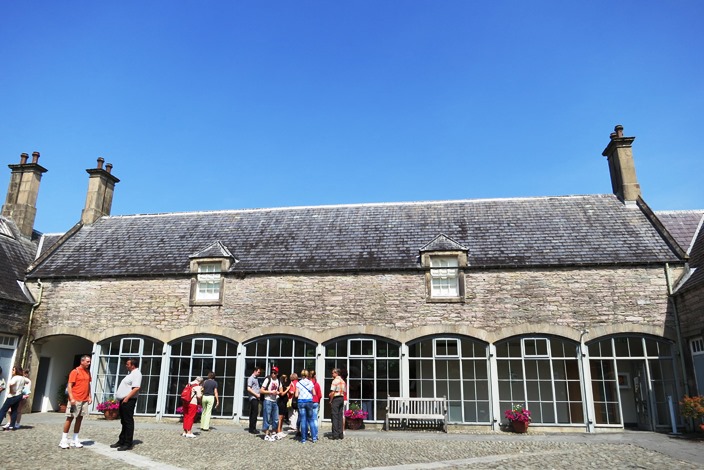 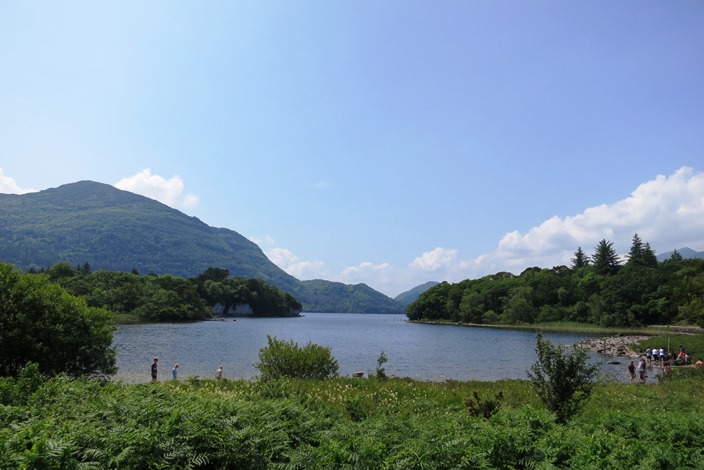 And walking around the Killarney National Park afterwards (no photos from the house because no photography allowed!!) 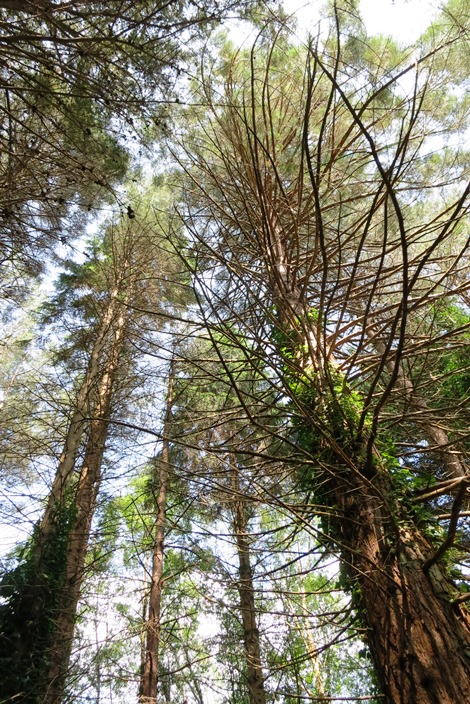 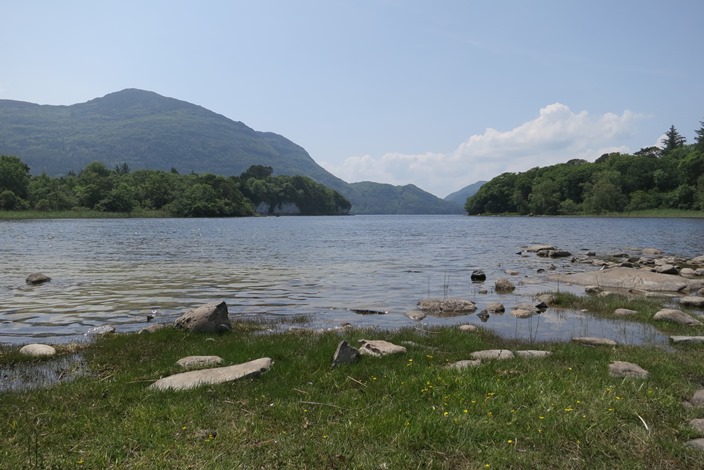 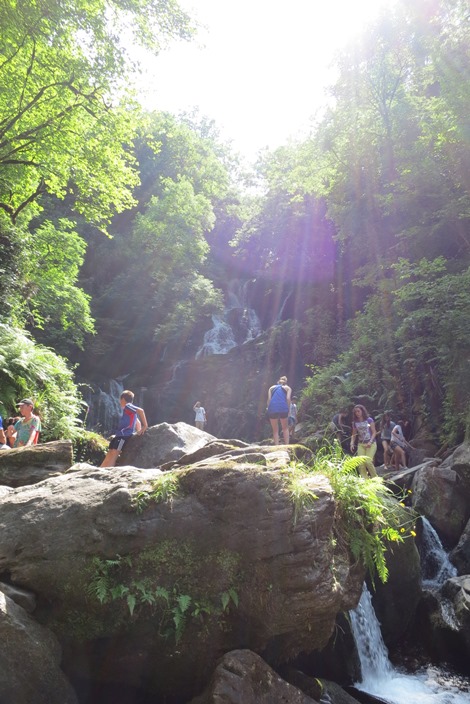 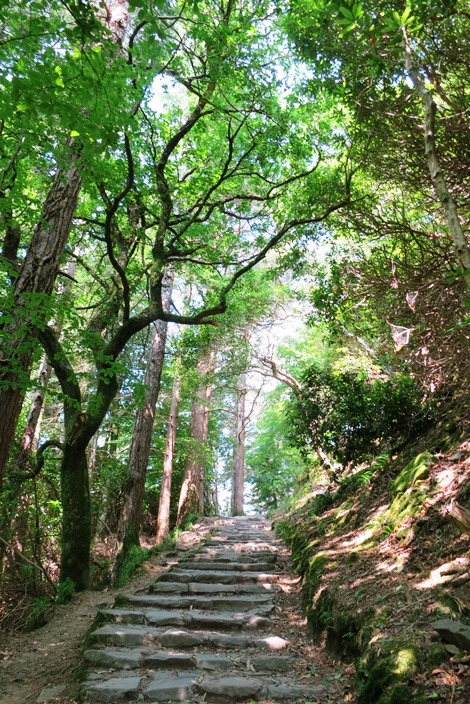 I absolutely LOVE a temperate climate's forest. Moss everywhere and the trees! A really pleasing, pleasant green to the eyes... It's quite a joy to hike in that weather, cool and a teasing breeze to boot. Back home, even before the first meter of elevation, you'll just start sweating from the humidity. Ah well, we always want to have something we don't have ;) 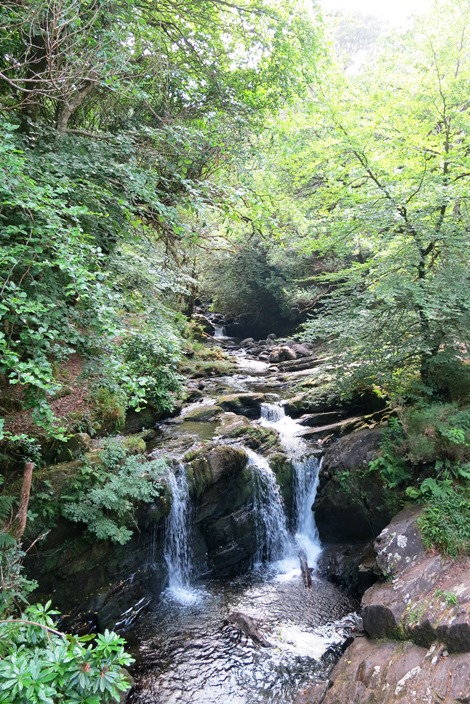 The Torc waterfall! One thing that came to mind is that no one is dipping or swimming around (cos the water must be really clean and fresh, right?). Anthony told me to feel the water and see what it's like. So I dipped my big toe into the pool of water and.... it was freezing cold! .....Ok, that explains the lack of enthusiastic swimmers :P 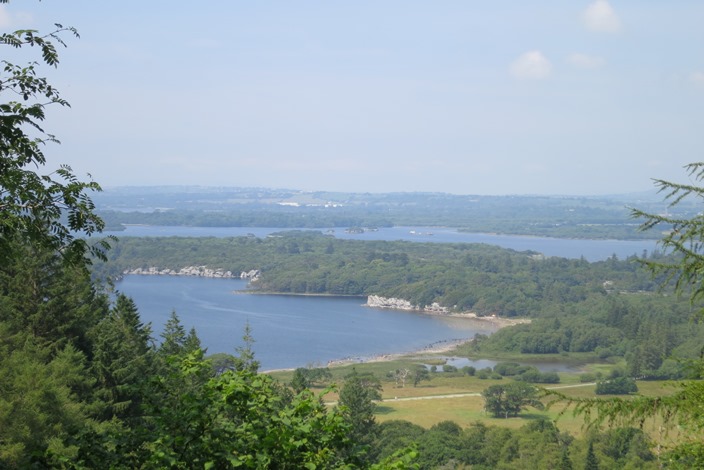 Another shot of the Killarney Park from the top of the hike. 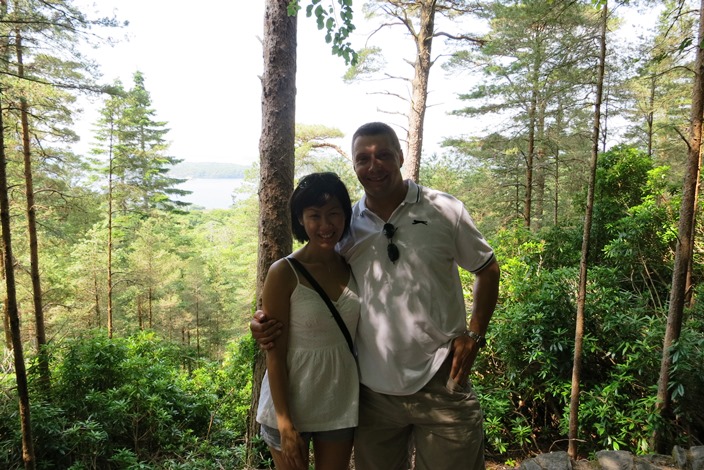 After a series of 'workouts' throughout the day, we dropped by at a takeaway to tapao some fish and chips! I interrogated Ant why can't we eat in but he says that no one eats in and it still tastes good even with takeaway (cos I takut the batter becomes soggy). And it's true la, whilst we were there, no one was dining in and everyone just tapao. 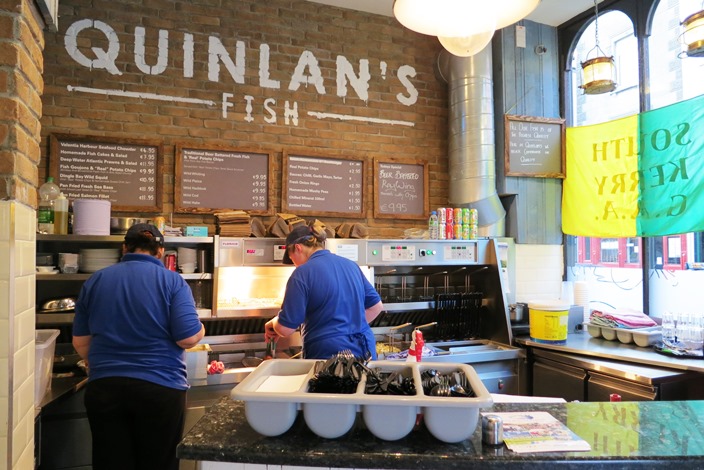 And I present to you... the first food photo in this post!
(Just so you know, food photos hardly appear last in any of my blog posts.) 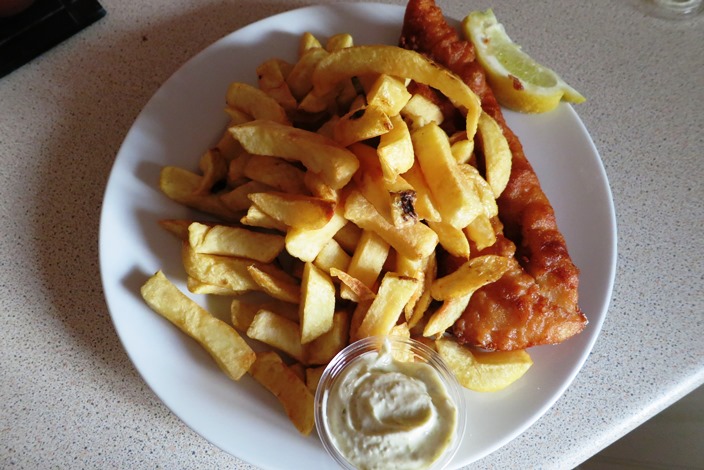 OHEMGEE, The fish and chips were delish!!! Battered cod served with tater-cut fries (splashed with malt vinegar) and then dipped in tartar sauce. Crispy batter with a tender steamed fish underneath... So heavenly.... :D

K, I gonna start editing the next batch of photos which consist more greens.....