Day 3 or something like that in beautiful Ireland. The host decided to bring me to visit Dingle, a peninsula that juts out into the North Atlantic Ocean, last piece of land before it meets North America. 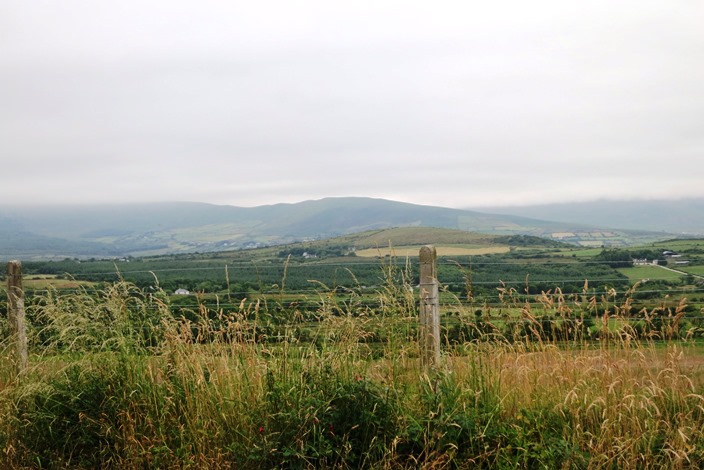 A typical view while driving. Roads are not as wide and huge as the United States (well, everything is bigger in America) but the view is still great. Just need to watch out for the random sheep or two crossing!

Dingle is approximately an hour away from Tralee. All these drives don't seem that long but I think that's just because I enjoyed the view. 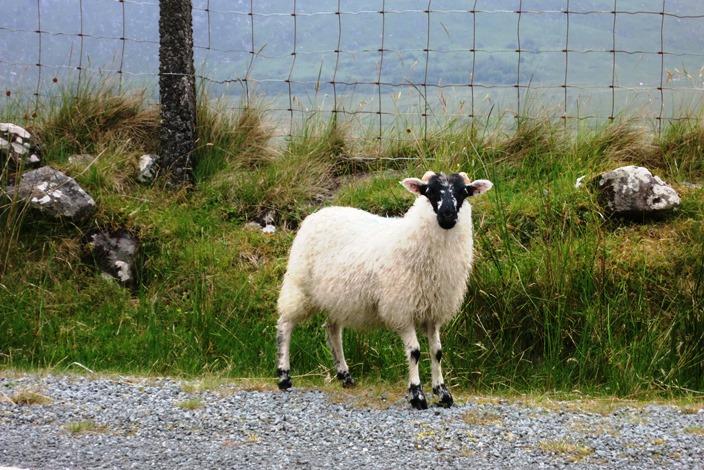 I must confess this fascination I have with cattle! Look at this one just curiously checking us out. I find the black face adorable :D This shot was taken from the car and I was actually on the passenger side seat, which is the further side from the sheep. I forced Anthony to take a shot of this cute thing and he grudgingly took one, while whinging the whole time lol. 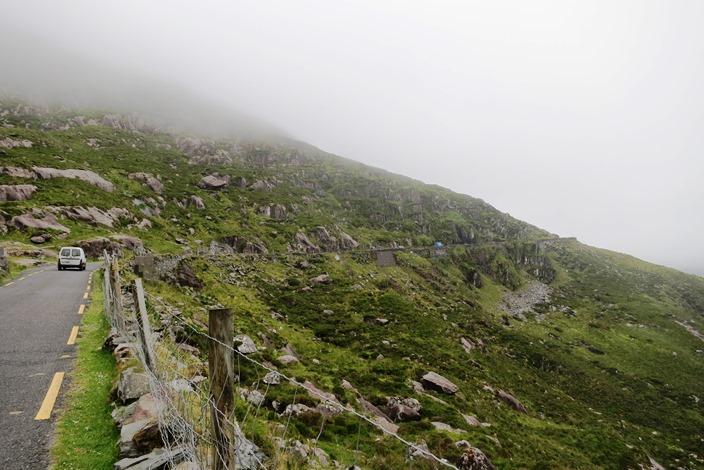 On the way to Dingle, going through Connor's Pass. Shame it's quite misty but we were quite high up in the mountains and nevertheless still beautiful. And cold! 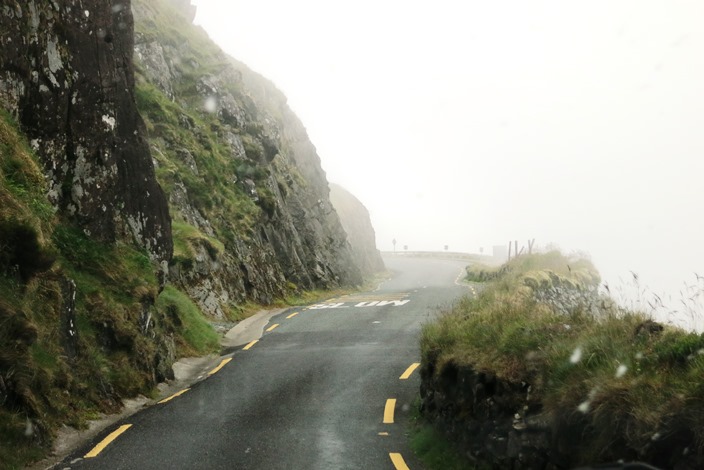 Not for the faint-hearted... 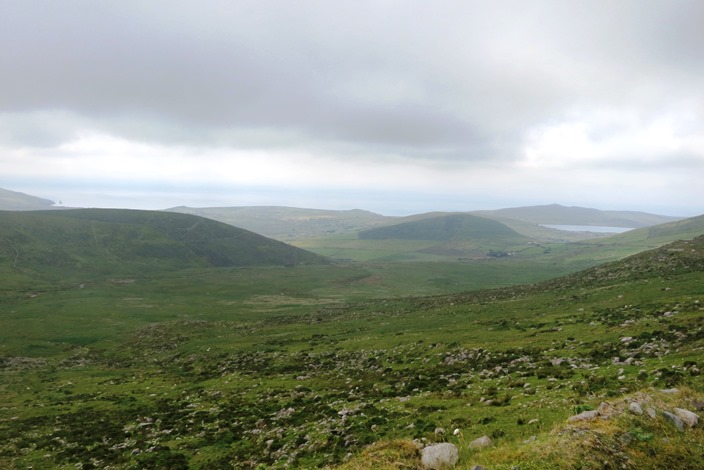 Lots more shots of the fields and cattle but I think you may not appreciate it... moving on then... 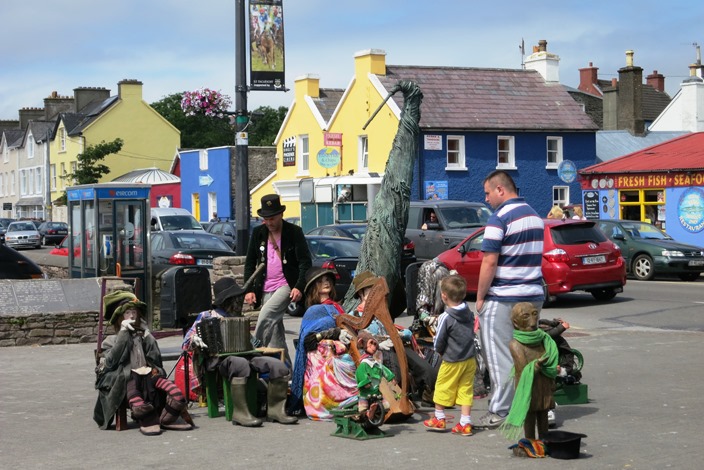 And here we are in Dingle town! 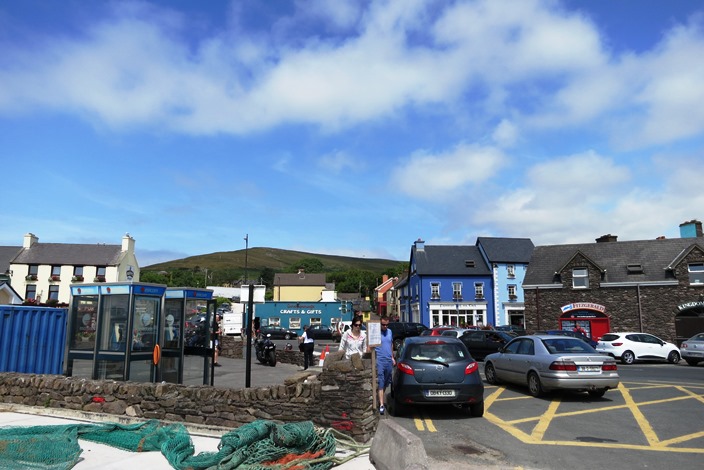 At  least it's sunnier here than gloomy Connor's Pass! And it got even sunnier later on, I'd call it hot even. 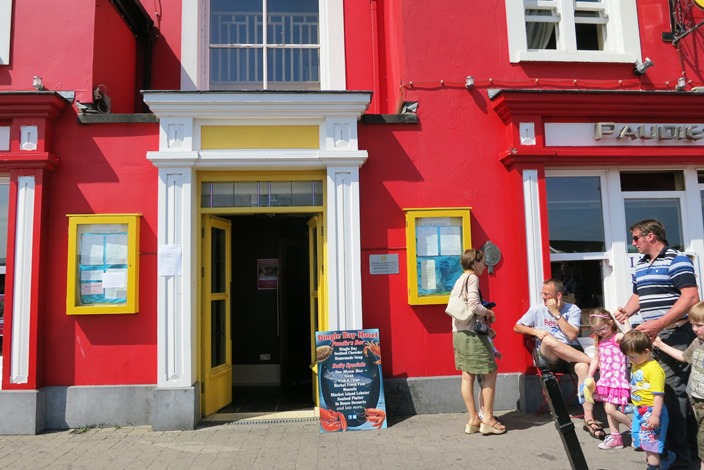 Lunch at Dingle Bay Hotel, as recommended by a friend of Anthony's. 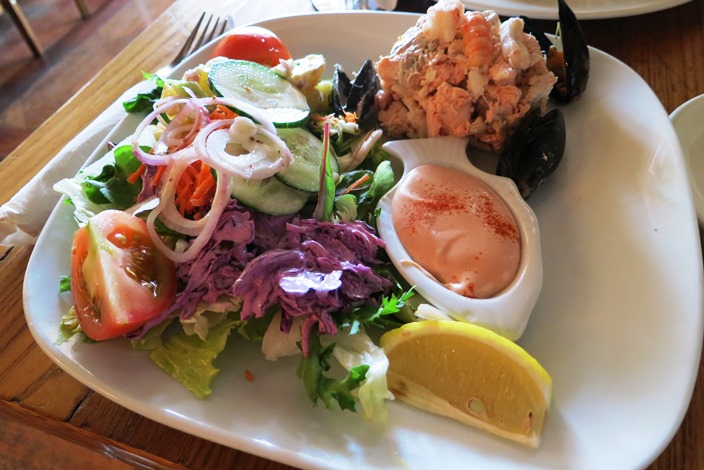 I have to rave and gush about these fresh seafood in Kerry. Firstly, I'm honestly not a fan of seafood. I usually just force myself to eat fish, just because I know I have to. Well, unless it's salmon sashimi. Or Thai style steamed fish. Or Ji Ee's sweet sour fish. Oh, and Tua Ee's huan cheo pau hu. These are the only exceptions I'll make. But after Kerry, I'm a full convert. I love ordering seafood for meals. Crab salad, fish pies, mussels, you name it. And they're so fresh and yummy! 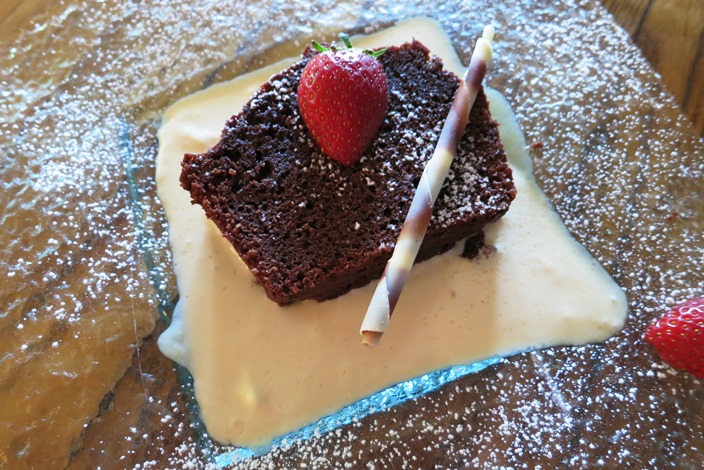 Though I requested for a small portion of the salad, it still stuffed me to the neck. But!! There's always room for dessert. And so I ordered a chocolate and Guinness cake with Bailey's cream (also got prodded by Anthony who was convinced that I could finish it all off). I seriously gotta learn how to make this! Always find mixing liquor with dessert to be oh-so-sinful but a perfect combination. 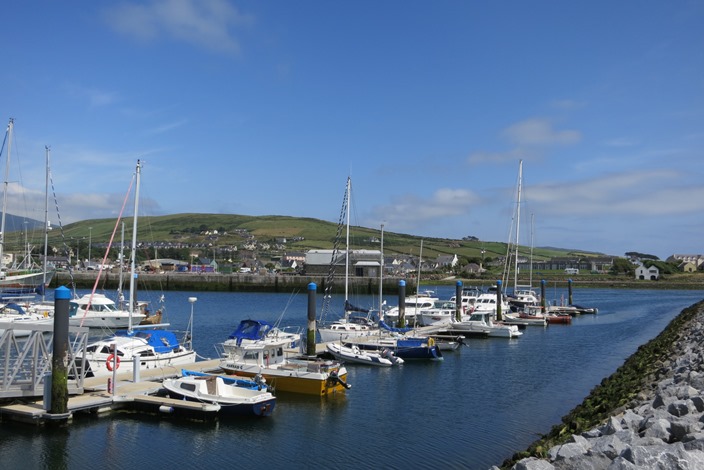 Walking the meal off. Another beautiful day. Lucky me :) 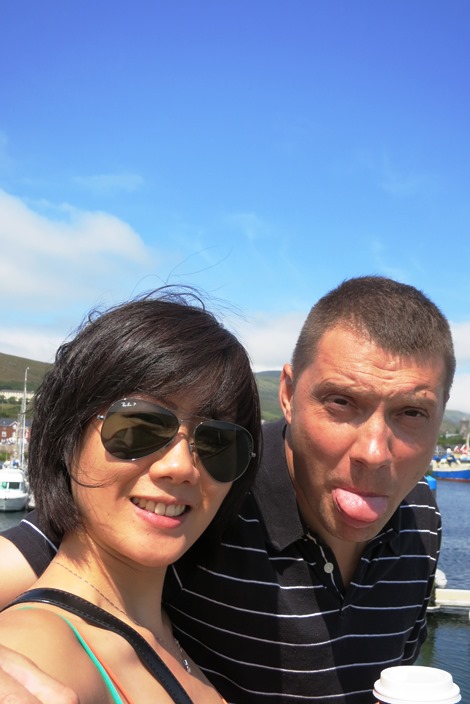 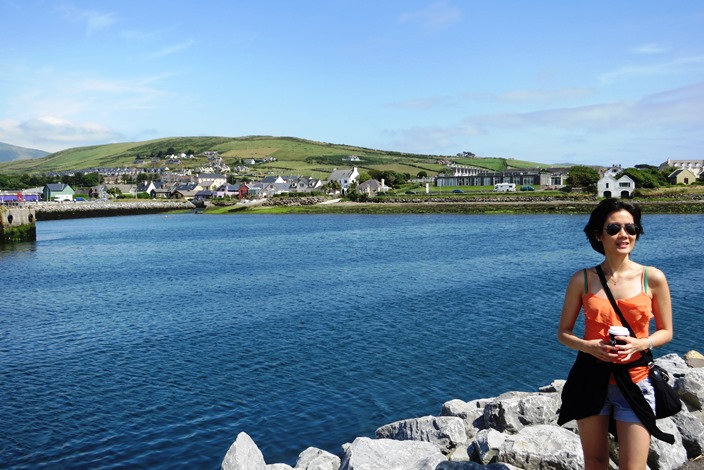 Why sceneries look so good hereeeee 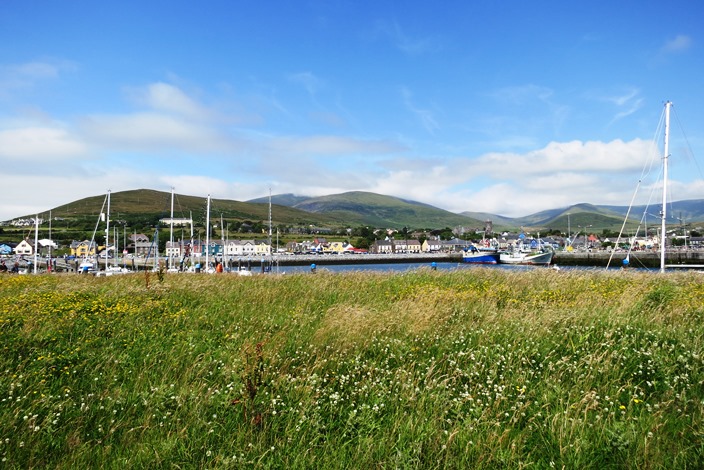 See what I mean? So picturesque. So unfair.


Walked around the town for a bit to search for little souvenirs for Mom, found a glass painting but didn't quite like the design so got on to the drive back. 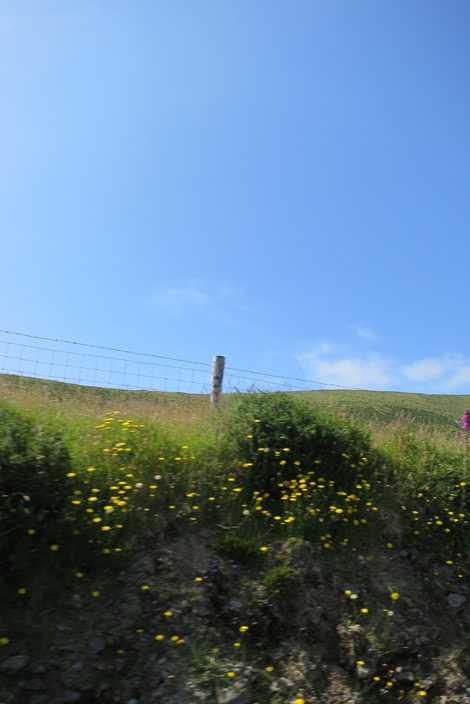 Drove through Connor's Pass again to try again our luck to see if we can get some nice shot of blue skies, but it's still misty as ever! 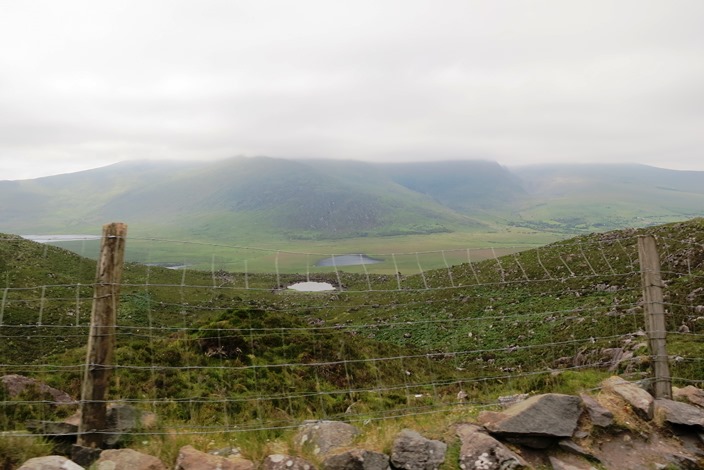 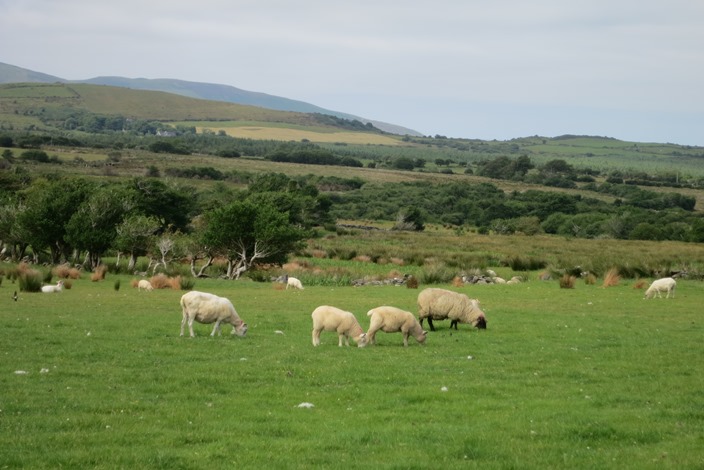 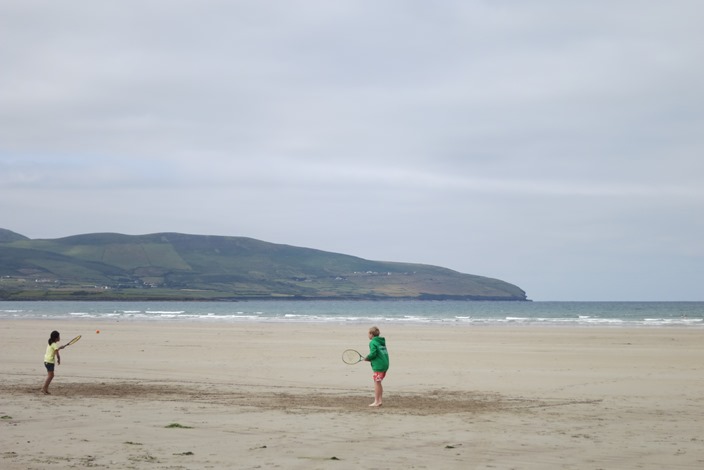 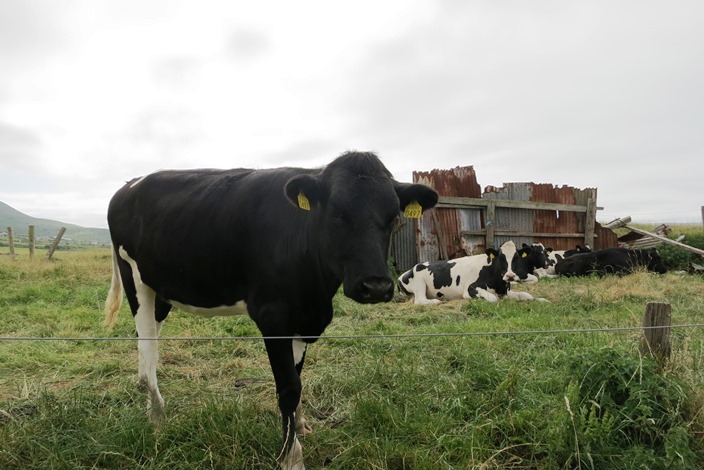 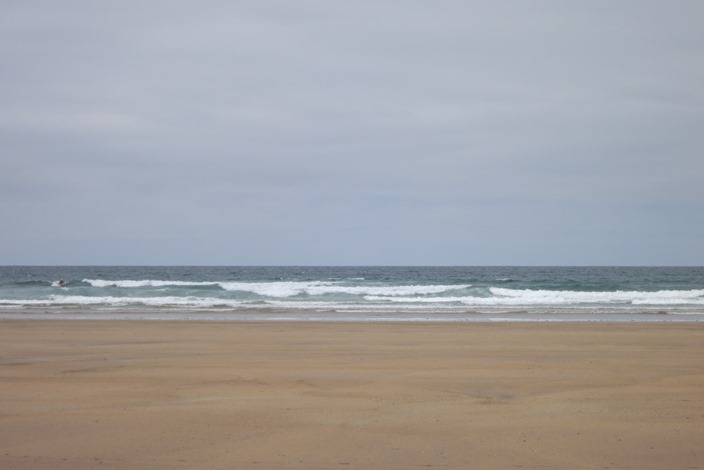 Anthony wanted to bring me surfing on the same day but alas - surfs weren't up though we did see a couple of guys with their boards. Maybe it's a good thing, though honestly, don't know how me and a surfboard will end up like! 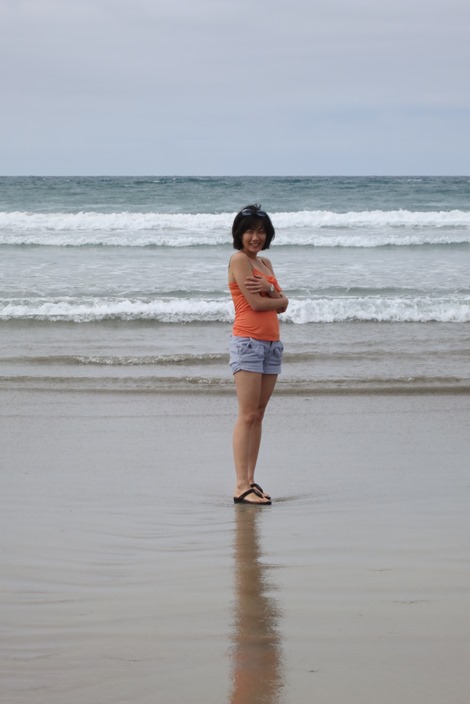 And yes, it was chilly! (Another good reason for not surfing - I'd probably dip a toe in and then run off to warmth). Next and final post on Ireland - my favourite place in the world! Wait for it :)
Posted by Su Yin at August 02, 2013
Email ThisBlogThis!Share to TwitterShare to FacebookShare to Pinterest
Labels: Around the world - Europe, Food-Angmoh Chiak
Location: Dingle, Co. Kerry, Ireland