Phobjikha! Certainly one of my favourite places but I can't say the same for the cold. At 3000m above sea level, the temperature drops to about 2 degrees by night. Brrrr...........

After 4 hours of driving. we were dead tired. The hotel we stayed at does not have an electric heater. Instead, a little fire stove is placed in the room. We get to practise our (non-existing) fire-making skills!! Though, the fire only lasts for a few hours, so that wasn't very fun - spending the remaining hours of darkness in a tight, curled ball.

Did a trail hike in the morning. About 2.5 hours of leisurely walk. Since I've started working offshore, I  now appreciate large, wide open spaces a lot more and it was a very pleasant hike with plenty to see. 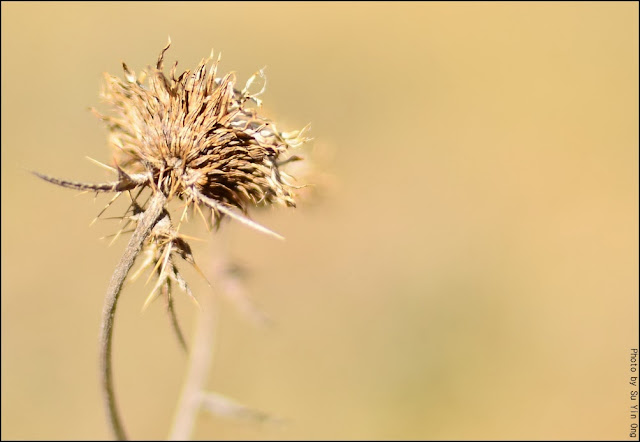 
Damn, I love how some of the pictures turn out. The type of camera and lenses you use make so much difference. There is no way in hell a compact would be able to duplicate something like this! Nowhere close! 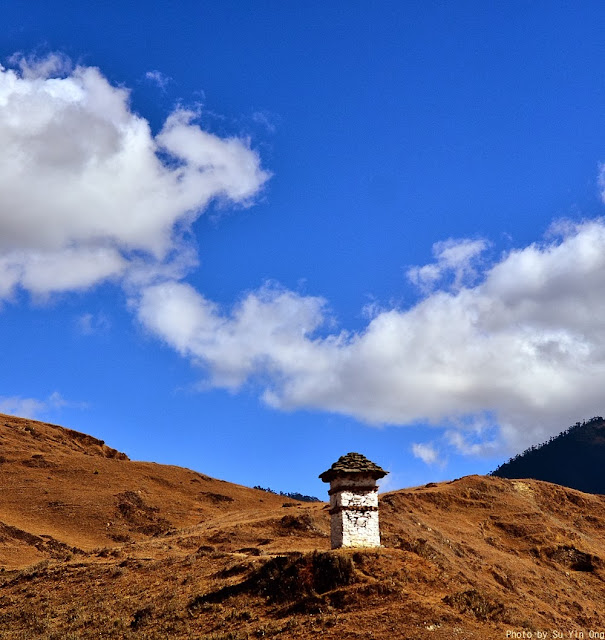 I must say, at that altitude, the small inclines felt like hiking a steep, slippery slope hehehe. Even when we do nothing (sitting in the car driving all day), we still end up feeling exhausted by night. 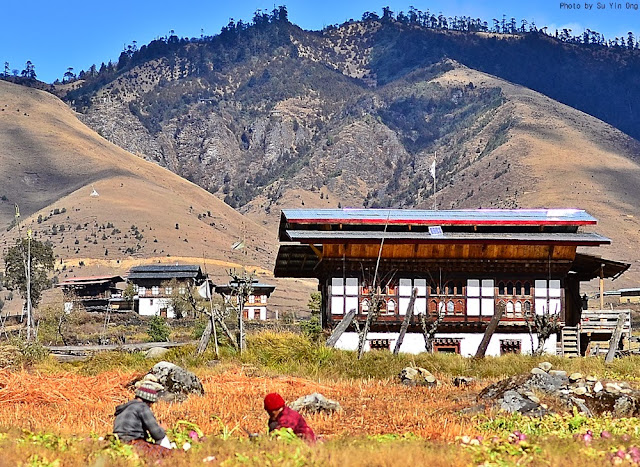 I've said it, and I'm going to say it again. I still can't get over how pretty and dynamic the landscapes are. And there's no lacking in things to see, the locals working in the farms, a group of neighbours helping with a house construction, a woman balancing a bag of harvest (5 times her size) on her head. Never a dull moment in this quiet countryside.

At the top of the hike (1.5 hours or so later), we come to a monastery (what else?) . I must say it's quite amusing to watch the young, skinny monks playing football in their T-shirts and shorts, while we were bundled and all puffed up in our scarves, jackets and gloves. 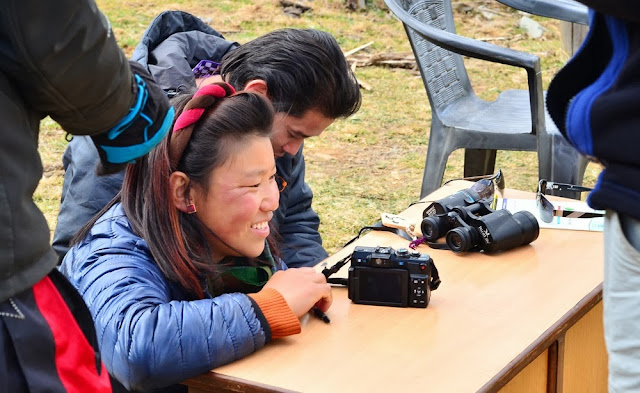 The Phobjikha valley temporarily houses the black-necked cranes, an endangered species that migrate from Tibet during winter. This lady sits at a desk, with undoubtedly the best desk view, and counts the number of cranes on the valley. Every day, monitoring new flocks of cranes. 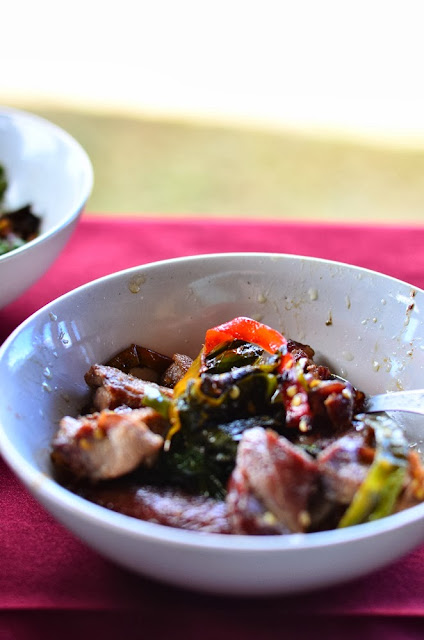 Chilli pork again (sorry for the blurry shot..meh)! But these were really good, the mushy eggplants (no pics, though) were unbelievably delicious

A meal overlooking the Phobjikha valley dotted with cranes. What a view.

We ordered second helpings of pork and eggplants, btw. 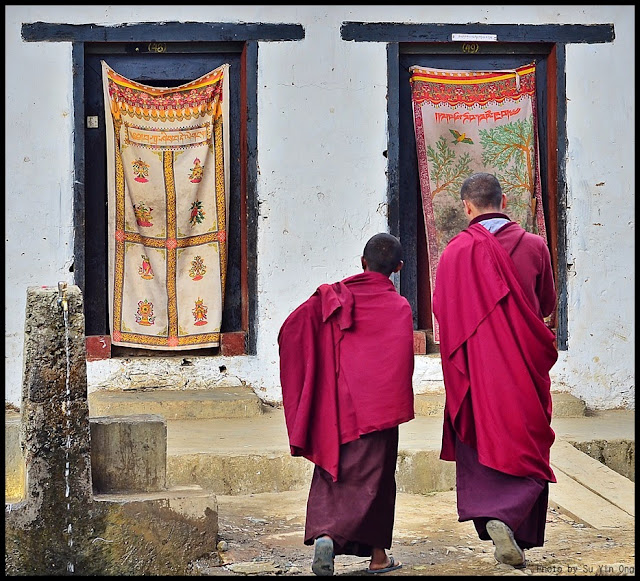 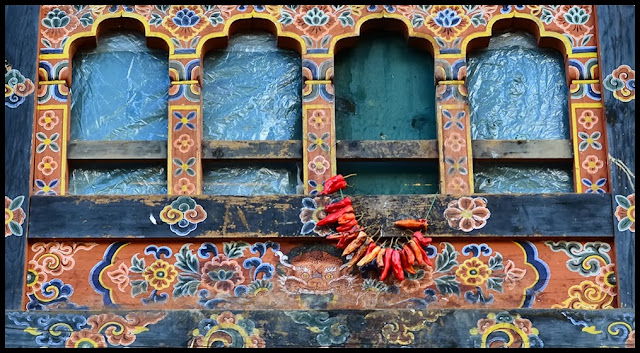 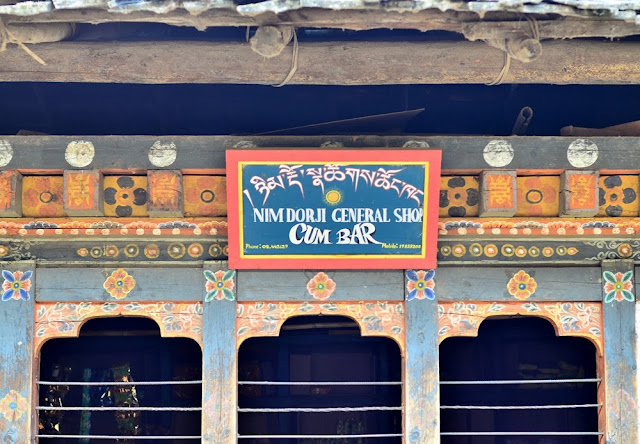 What you see is what you get ;)

Spent a couple of nights in Phobjikha and then we're on the move again - back to Paro this time. We intend to rent bicycles and cycle in Paro, then Haa Valley. But Haa Valley plan was scrapped though due to the extreme number of hours spent on the road - not pleasant at all!


The drive from Phobjikha to Paro - wait for it - 6 hours. Bumpy and slow. Hmm, I wonder if that is why Bhutanese ladies over 30 years of age just start going downhill? All this sag-inducing rides can't do any good for you. 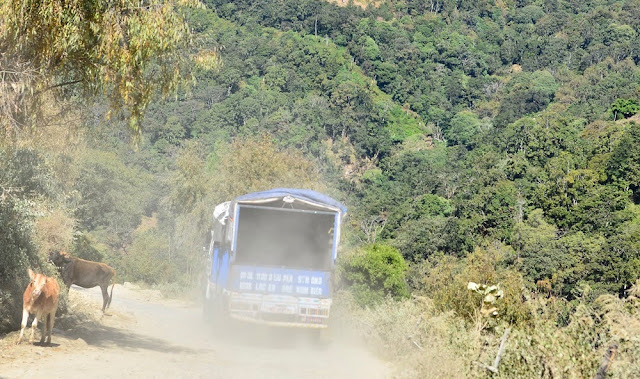 So, we were liddis. For most of the roads, there aren't any barriers... one slip and off the cliff you go. 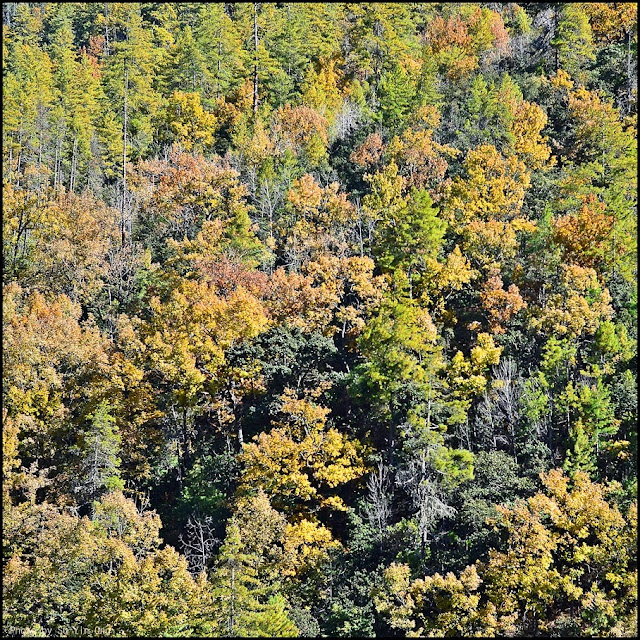 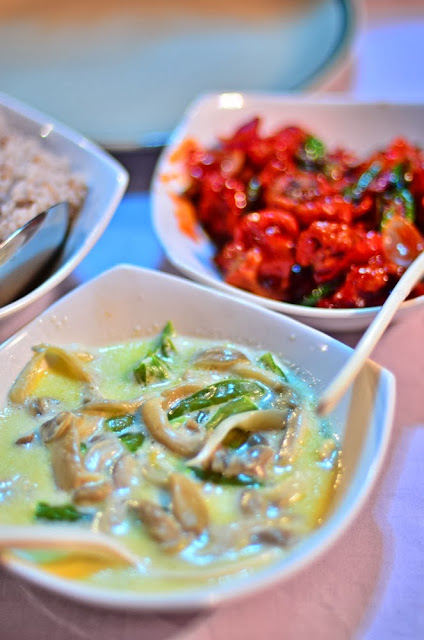 Ema patchi - Chillis with mushrooms and cheese. Only to be taken in small amounts at any one time. Not because it's hot, but the cheese is really quite creamy and if taken too much can be quite jelak! Oh, and that's a chilli pork at the back.


Got up early the next morning - 8:30am to be precise - to hike up and visit the well-known Tiger's Nest monastery - Paro Taktsang. 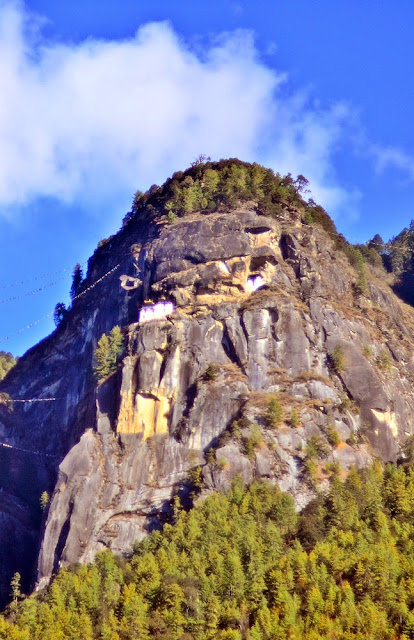 Ttaken from the base of the mountain. 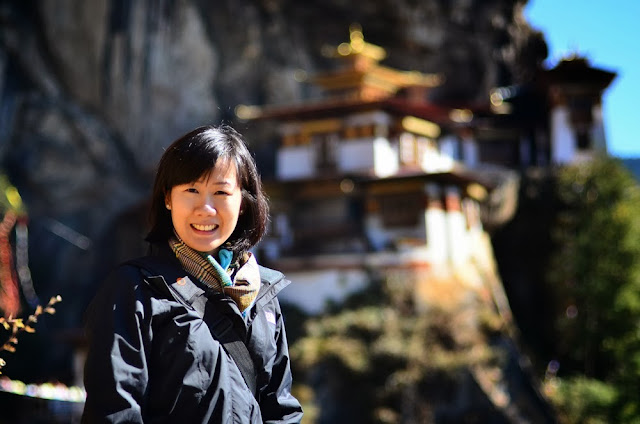 About three-quarters to the monastery is a teahouse. Stopped there for tea and pee-pee. And biscuits. They also serve vegetarian meals during lunch, if you're up for a heavy meal half way up/down. I imagine it will be worse having a full belly on the way down; it'd be like a mish-mash of turbo-ed veg.

A ride to the teahouse via a horse costs only USD20, if you're feeling like a slob. However, you're on your own going downhill - too dangerous on a horse. And just after our hike, Kinley informed me of a female tourist who fell from a horse and hit her head on some rocks. She was hospitalized and we know nothing more of it.... 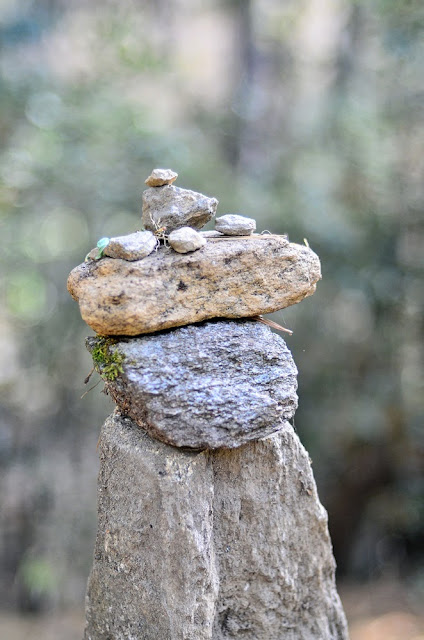 A tower of stones and pebbles stacked as a shrine. 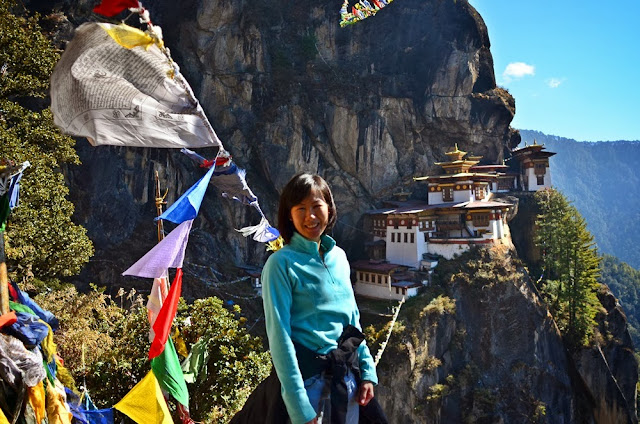 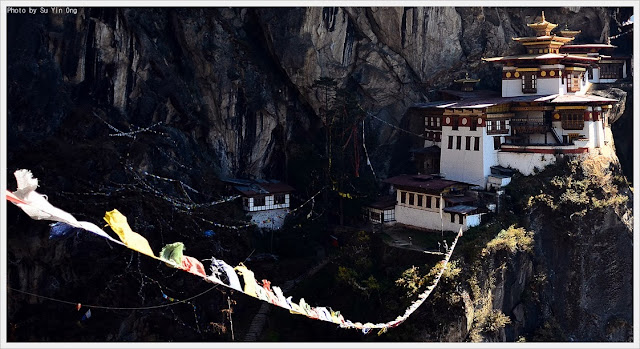 Can you even imagine the scale of this structure, built 300 years ago? The construction materials to be transported at this height and terrain? Mind-blowing, really. Kinley tells me that there used to be cable car to carry the items but it was later removed (it all sounded so easy, like copy and paste). 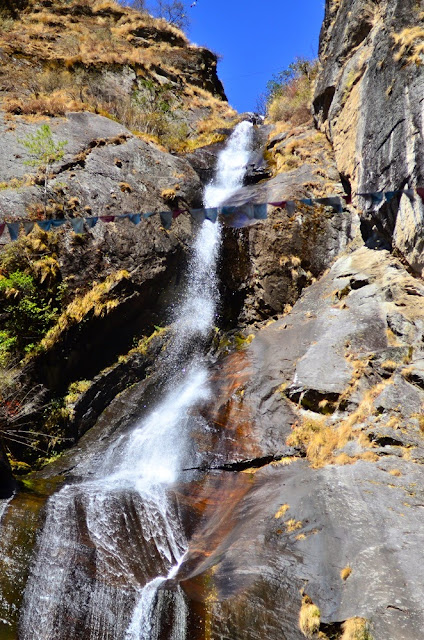 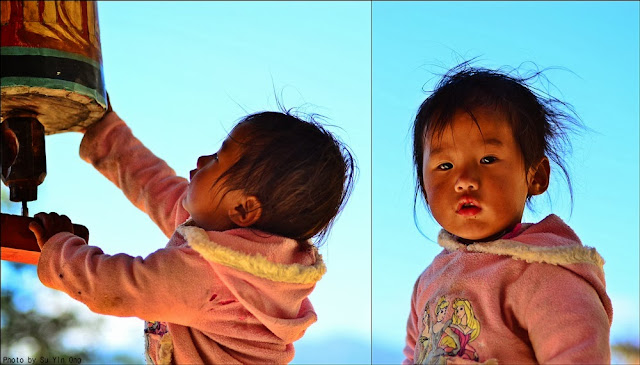 And finally, ending the Bhutan posts with an archery competition on a Saturday. Some really bad-ass composite bows. I wants! 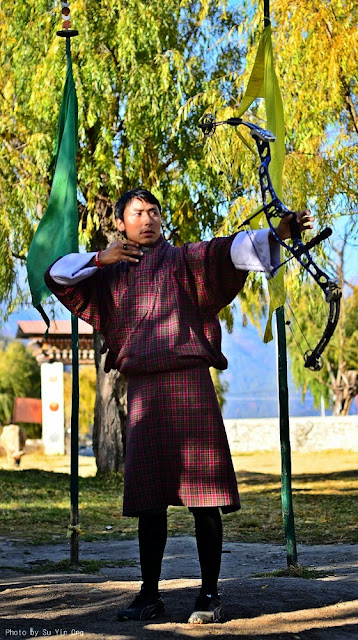 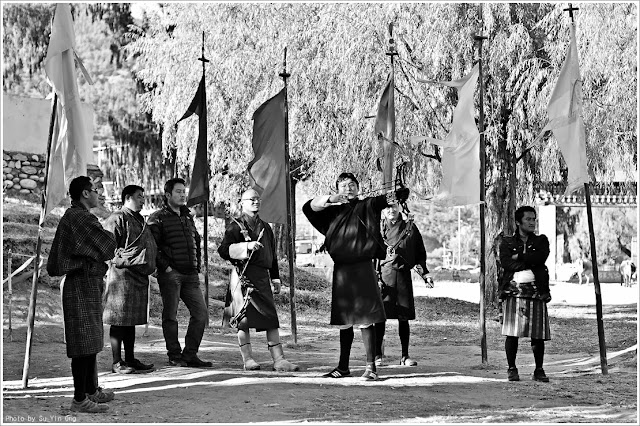 Posted by Su Yin at December 21, 2013
Email ThisBlogThis!Share to TwitterShare to FacebookShare to Pinterest
Labels: Around the world - Asia
Location: Bhutan