I started my day on 2nd December on a bad note. First I got up late, again but I somehow managed to reach my office still pretty early. Then I had a trunkload full of jobs and production QCs to run through, it was utmost pek chek-ness!

Then some time around 11am, I received a call from this person called Michelle. Now, the telco service at the height of 56th floor is very, very bad and I was half-arsed to talk on the phone with very bad reception. Anyway, Michelle is a florist and she apologised that she could not bring the flowers up the tower and asked me to come down at 12:30pm to collect them!

Lol.... Mr TY is actually sensitive and romantic enough to send flowers to my office ! Biggest shock lor..... What touched me the most was this thought came to him even when we were having one of the worst fights ever...

But somehow, the surprise wasn't a complete surprise to me, because Mr TY actually ruined a part of it, by asking for my office address. In fact, he should have known that it's always on my siggy at the end of my emails! I was suspecting that he's sending something over, but still I was very much pleasantly surprised at this sudden thoughtfulness.

12:30 arrived and I went down the tower to find an uncle on a motorcycle with a HUGE bunch of flowers clutched in his hands! And I mean... darn freaking huge! Damn pai seh walking up back to my office with a forest in my hands. 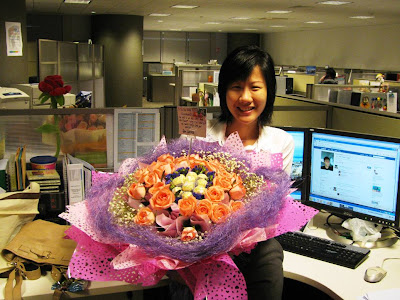 Apologies for the bad hair and sleepy face.... Taken at 8pm in the office when office is cleared out and I have just finished my gym workout then shower.

More pictures of the bouquet at all possible angle... for my dear in Penang who has not even taken a glimpse at them. 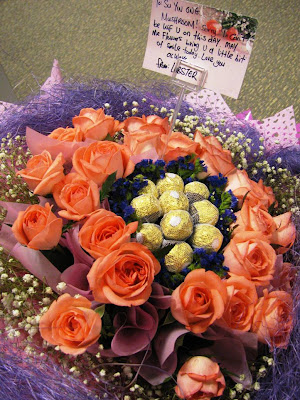 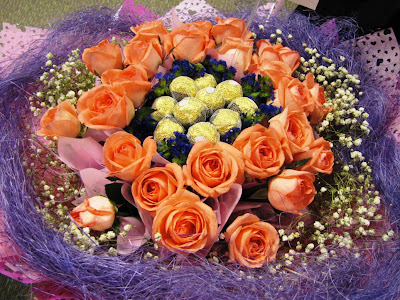 Colleague commented that the flowers look a bit like a huge nest, with the FR chocs nestled as eggs. 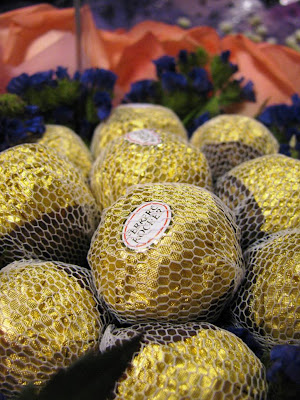 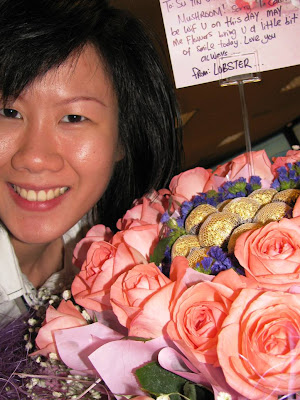 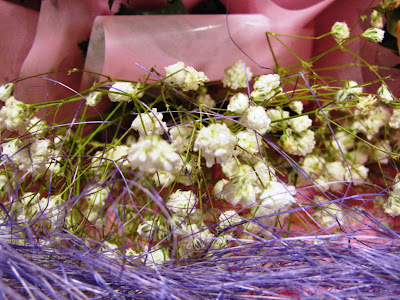 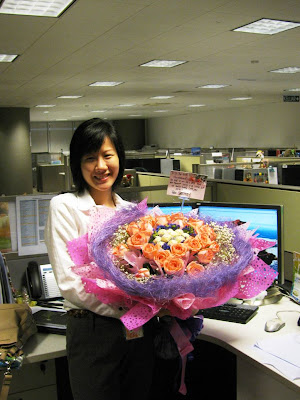 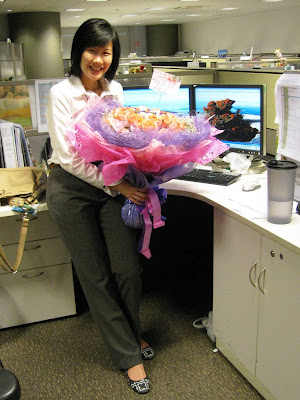 Then taken more back home : 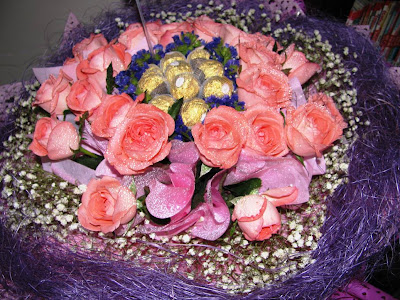 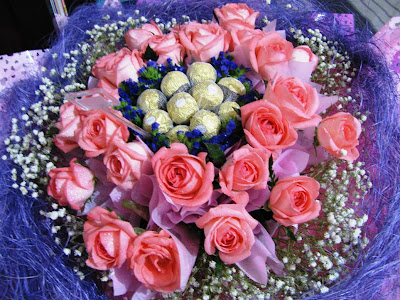 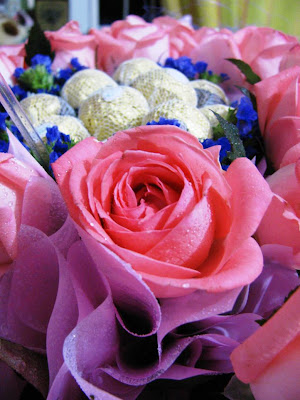 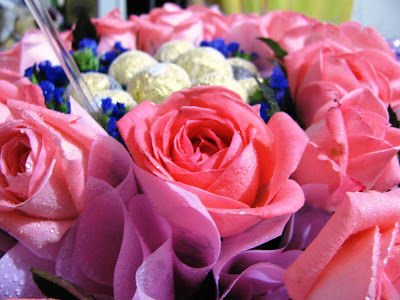 Thank you so much Dear, somehow I frequently seem to overlook your positive side and magnified the bad ones. This journey with you taught me that things weren't always as it seems.

Happy 3rd Anniversary. I love you.
Posted by Giffo Hoots at December 05, 2009
Email ThisBlogThis!Share to TwitterShare to FacebookShare to Pinterest
Labels: Bookmarked, Out of the Ordinary