I will try to clear as many blog posts as soon as possible, have everything clear and simple - starting with this DIY soup Ah Ma always makes. We call it the 'Pak Ki Hong Tong'.

Again, the usual housewifey routine, got up early on a Sunday morning, drove over to the morning market and attempted to order chicken bones in Cantonese rofl. Like a pup trying to communicate with a hissing cat -.- 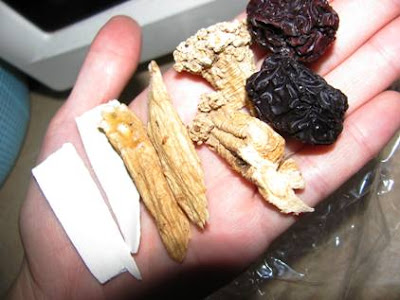 Also made a less than successful 'claypot' fried rice with kimchi lol. Please don't ask why it's called claypot. 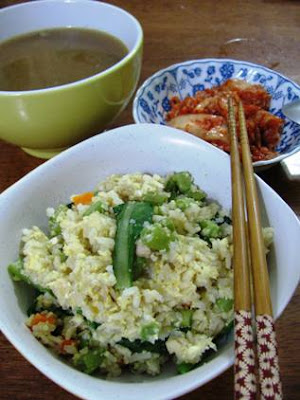 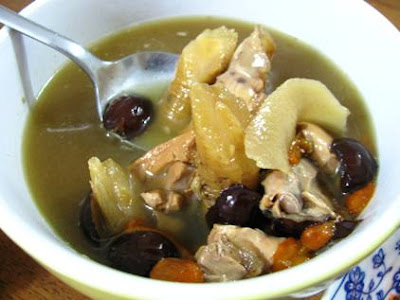 The soup tastes good after cooking in the pot for a few hours (my honest opinion on my own mediocre cooking), if only I had some of those geng geng then I think can rival Ah Ma's ;)
Posted by Giffo Hoots at June 20, 2010
Email ThisBlogThis!Share to TwitterShare to FacebookShare to Pinterest
Labels: Food-Amateur Attempts