Aquatic Night is an annual event social event held on the second semester of every academic term. The contributions of lifeguards, lifesaving instructors, swimming clinic instructors and graduating seniors are honoured during this occasion. 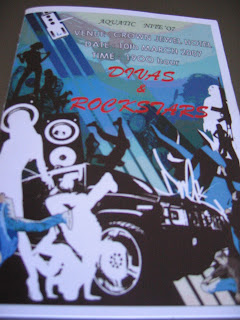 This year, this event was held at the Crown Jewel Hotel, Tanjung Bungah on the 10th of March 2007. The theme was Evan's idea: Divas and Rockstars.

All committees were supposed to reach the hotel by 6pm. Went over to a hair salon just opposite Desa U to get my hair and makeup done. Normally would not have bothered to go through so much trouble for just one night. But, being the Project Director, supposed to give a speech, sitting at the VIP table, I thought, fine, so long as it's only for once a year. Better to overdress than to be under-dressed. Spent RM60 in total for hair and makeup, new dress, was kinda cheap so I won't reveal here :p , wore an old pair of black heels. 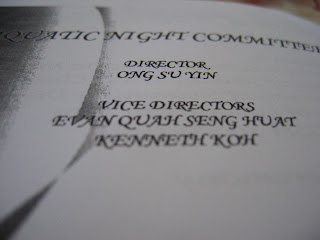 There were supposed to be 4 VIPs -En Muhammad (Head of USM Sports Unit), Ms Toh (LG Corps advisor), Mr Peter Khoo, Mr Hooi and Mdm Kah Ling (all 3 are examiners) to grace the night, unfortunately, Ms. Toh's mother just recently passed away and therefore she could not attend, En Muhammad had another important event to go to (hmmph) whereas Mr Hooi had an emergency during the night itself.

Everyone looked gorgeous/dashing. Evan, my goodness, painted his nails black and had a whole lot of metal hanging around his jeans. Event put on eye-liner ok! Some more has the nerve to put on sunglasses (it was already night, and the lights in the function room wasn't exactly super bright) But it was kinda fun, seeing people getting into the mood, dressing up. I love dressing up... Hee...

Sadly, the meeting could not start on time as many were late including the VIPs. Supposed to start at 7.30pm, but the second VIP only arrived at 8.30pm. Sigh, why are VIPs these days so like that wan? Nevermind that, know what others thought of my speech? They felt it was kinda Oscar-ish. Haha, it is an Oscar award, an award for a night that was successfully planned and will be brought to motion :) 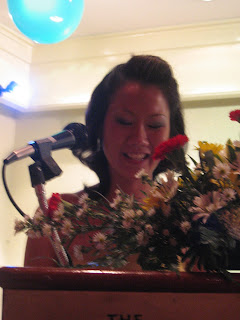 Didn't have much to eat as was feeling queasy although was initially hungry. Senior games was kinda boring, as it did only involves the Games Department and none of the other guests. Many actually took the opportunity to take pictures while the games was going on -_-

Sitting at the VIP table, naturally I had to 'layan' the VIPs. It was kinda fun talking to Mr Peter Khoo and Mdm Kah Ling. They were both ex-lifeguards and get this - their husband/wife are also ex-lifeguards! Hahaha, never thought that the LG Corps can be a place for you to target on your future soulmate. Hmmm.... wonder if I'll be telling the same thing to other super super super super junior lifeguards... 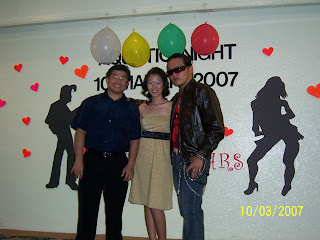 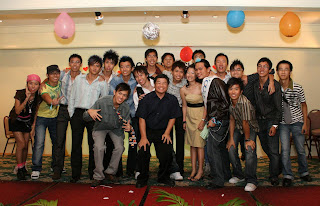 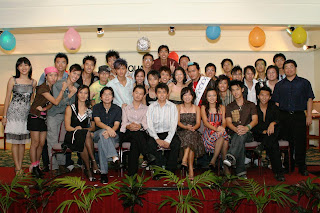 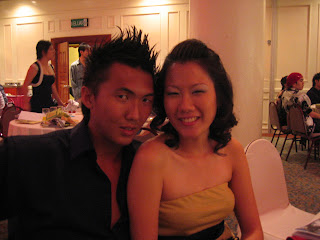 If it weren't for my committee, Kenneth and Evan, the whole night would not have been possible. Many thanks to everyone, although it has been a busy year, but I feel a sense of accomplishment. :)
Posted by Giffo Hoots at March 28, 2007 No comments:
Email ThisBlogThis!Share to TwitterShare to FacebookShare to Pinterest
Labels: University Days 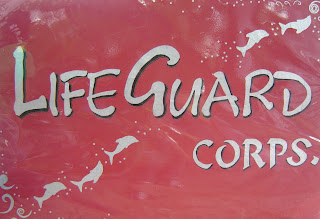 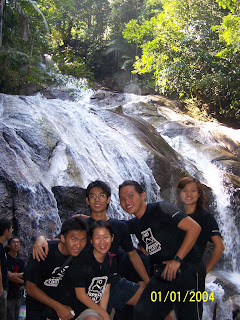 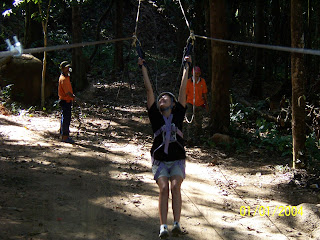 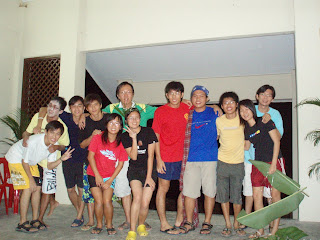 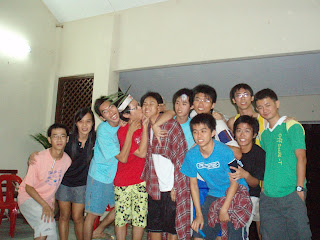 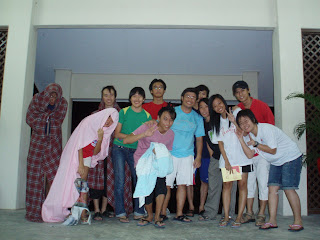 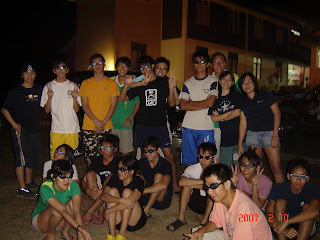 Posted by Giffo Hoots at March 20, 2007 No comments:
Email ThisBlogThis!Share to TwitterShare to FacebookShare to Pinterest
Labels: University Days

First of all, welcome to this blogger's crib. Now, I wouldn't really call myself a blogger... I mean, I'm no Kenny Sia , no Karljam. Stuff that I post here are mostly events, memories that I would like to preserve. Thoughts that I would like to jot down and maybe, in a few years' time have a good laugh over them. See if there is any difference between then and now.

Born a Sagittarius on Friday the 13th of December, this Asian female is currently an undergraduate in University Sains Malaysia, Penang-Malaysia of course. Pursuing her degree in Applied Physics while minoring in Management is her priority at the moment... although there is another organization that is taking up a lot- I mean a LOT- of her time. Being very terrible in time management (call it ironic...) she finds herself always getting stressed up when assignments are due or when she is burdened with organizing events or when tests are heading her way.

Being the youngest of 3, she was born in Penang, but grew up in an industrial town of Sg. Petani, Kedah. Determined to have her way of life, she wonders, what is her way of life?
Posted by Giffo Hoots at March 20, 2007 No comments:
Email ThisBlogThis!Share to TwitterShare to FacebookShare to Pinterest
Labels: Bookmarked
Newer Posts Home
Subscribe to: Posts (Atom)