Another beautiful day in Crawley again, and I finally got the chance to meet up with some colleagues working in the Crawley office. We decided to take the train and head over to Brighton, 40 minutes away!

Aside from the after-work crowd, we managed to get seats in the train :D 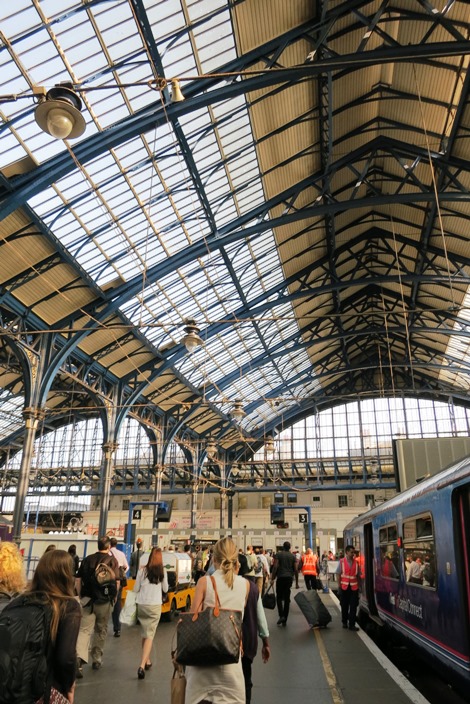 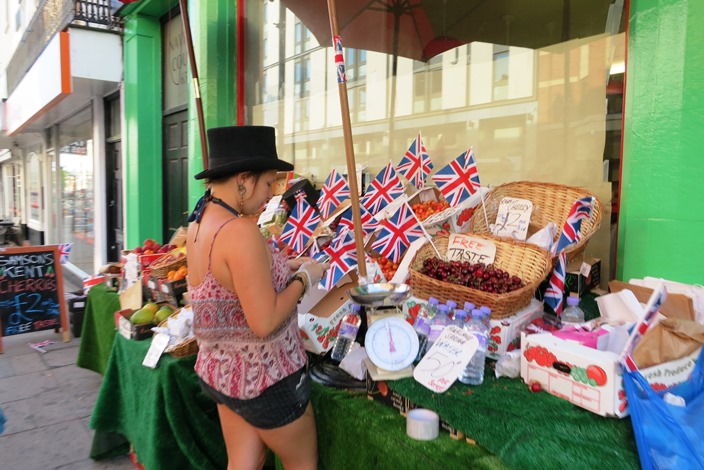 Colleague informs me that Brighton is more like a 'party place'. It's usually full of tourist and it is evidenced by the drunken merry-makers. I do find these merry-makers rude at times, talking at the top of their lungs and making such a scene in public. Tsk tsk or maybe I am just being prudish :) 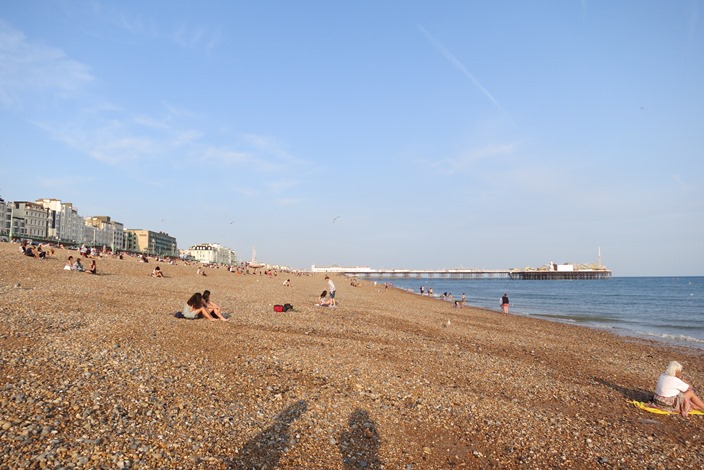 What the beach lacks is....sand... Pebbles and stones line the coast, which is quite interesting, really. Until you try going up and down the beach, the pebbles sinks under your weight. A bit like walking in the snow, minus the cold. By saying that, doesn't mean it's not chilly hor... 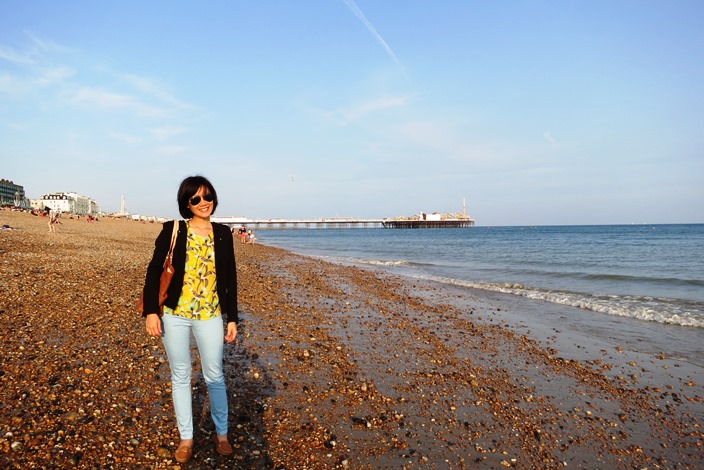 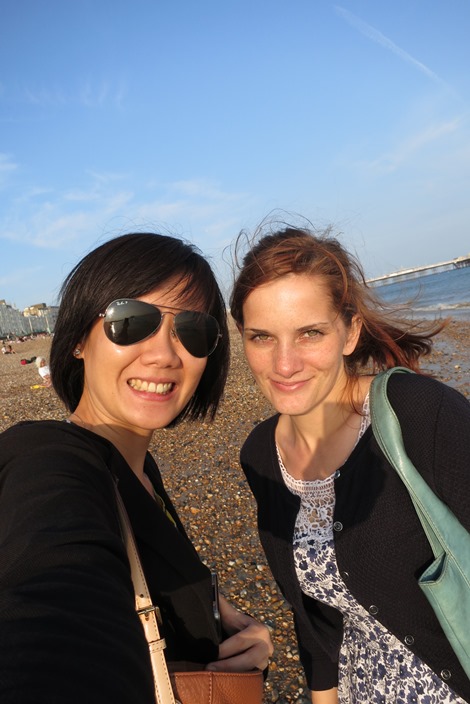 Magda, the tour guide of the evening. 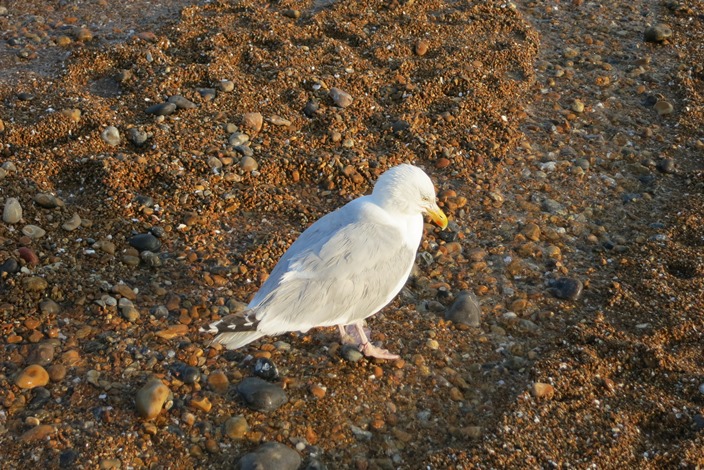 I was quite fascinated by the seagulls. Magda hates them and keeps a distance away from them. Well, at first I was very much fascinated by them, but not any more later on. Lookie those evil looking eyes and hooked beaks - that should be enough of a deterrent for any mesmerised onlookers. 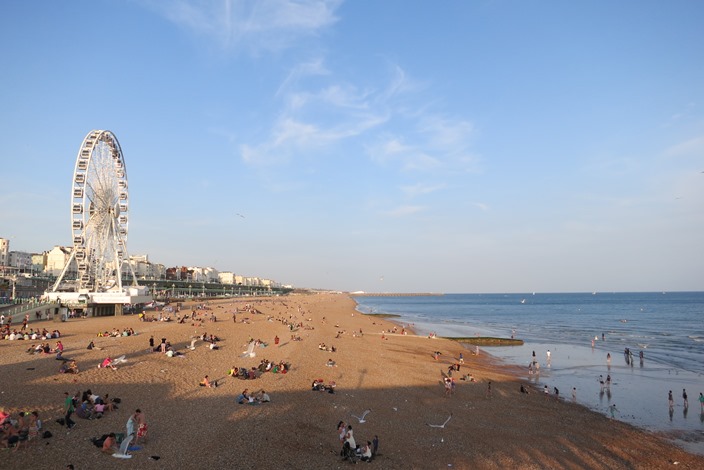 How lucky are we with the weather again. With a theme park at the pier, it's hardly surprising at the number of tourists this place brings. I love this shot the best :) 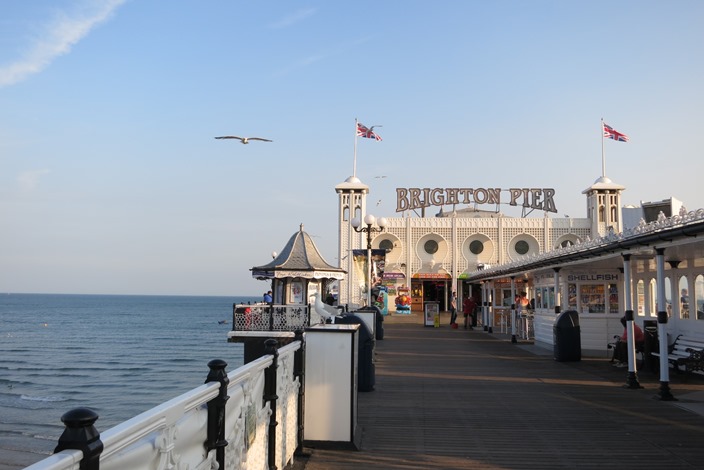 So I was with Magda and we decided to buy ourselves dinner and then sit at the beach and enjoy our meals. I got myself a fish and chips takeaway (which looks really good), placed it on the table top while waiting for Magda. Already one seagull landed on the beam next to me and set its beady eyes upon my meal. A sudden strong gust of wind pushed the flap of my takeaway box open and in that split second, the beady-eyed seagull swooped in on my fish and snatched a big chunk off it. As it flew away with its loot, bits of the fish fell apart and more seagulls dived in to retrieve the free loot ; ( Bastards! 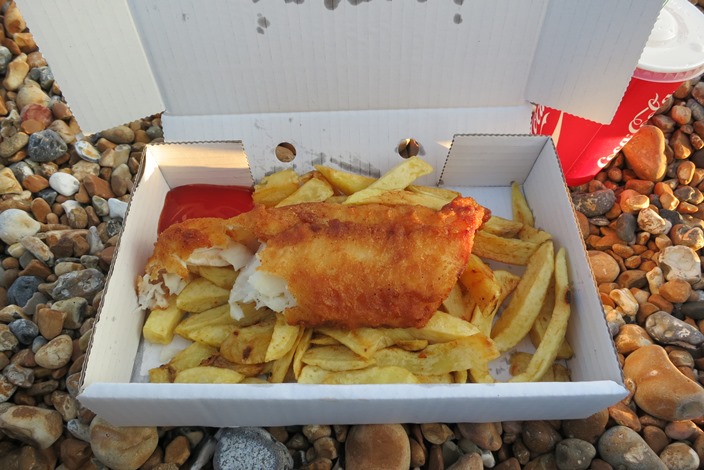 
Oh I recall when I was purchasing my fish and chips. It was from one of the stalls on the pier. So as the money I've changed were very new (fresh from the mint probably!), they were all crisp. I didn't have any change for the £6 fish, so I handed him a £50 note. He took is suspiciously and eyed me at the side of the cashier (cos I look Asian kot) then lifted the note against the light to check for its authenticity hahahaha. I was later assured by my other Asian friends that it's not a racist thing, it's just that there's been a lot of counterfeit money going around (!!) 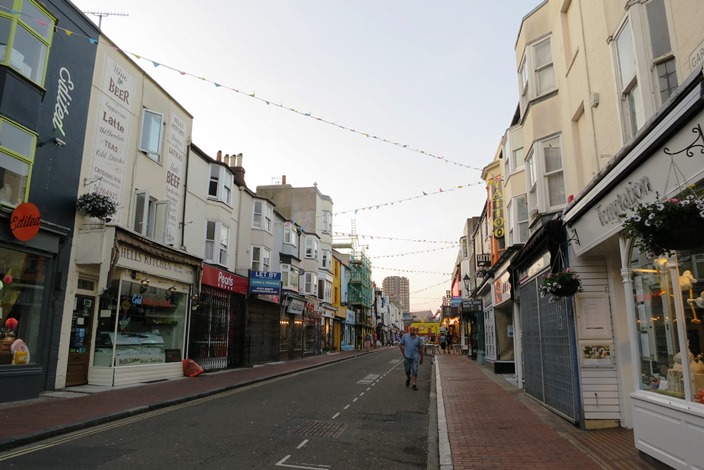 Most of the shops are already closed by the time we got there (well, most places close very early here in the UK). But it's still fun to try and peep in and see what sort of trinkets they sell. 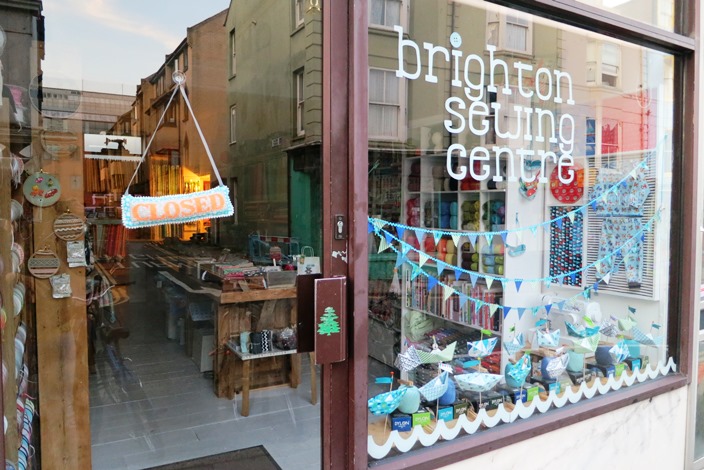 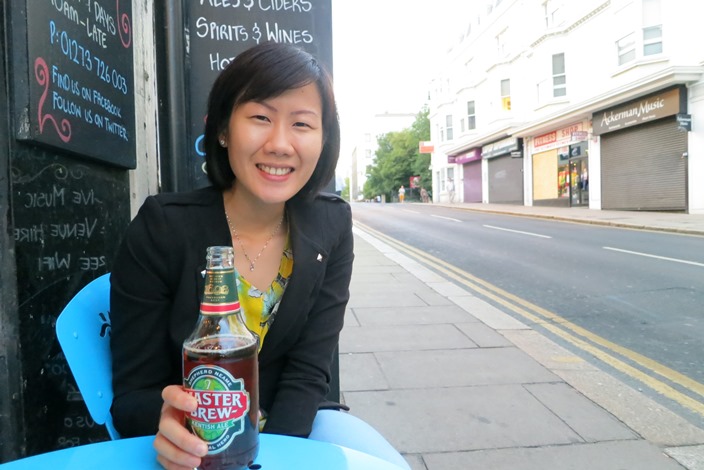 And I added another beer cap to my collection! Yay. Well, ale.


Didn't manage to finish this bottle though. Because a glance at the watch later on, Magda checked her phone and told me that the train arrives in 5minutes! So we scrambled out of our seats and hastened towards the train station... barely just made it! The next train will be half an hour later and seems like a long wait after a nice meal and some booze... :)

Posted by Su Yin at July 31, 2013 No comments:
Email ThisBlogThis!Share to TwitterShare to FacebookShare to Pinterest
Labels: Around the world - Europe
Location: Brighton, The City of Brighton and Hove, UK

A Course in Creepy Crawley

Wow, close to 2 months since I last blogged! My schedule is all over the place. Mundane on the boat, but once I got off, had so many things going that I couldn't find time to blog. Been away for two weeks: 4-day course in Crawley and then extended my stay to visit the Ireland and a couple others places in the UK! 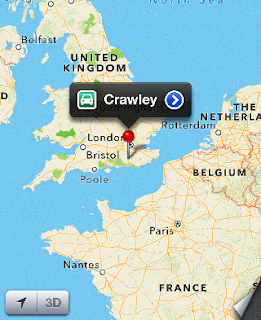 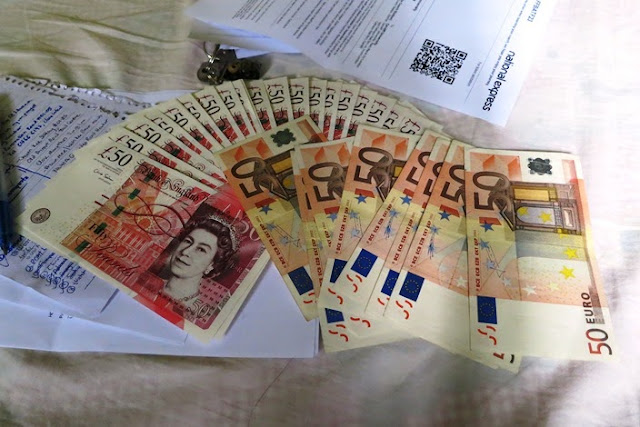 I can't thank the company enough, stepped into Europe for the first time ever courtesy of the company, lol. Same thing goes to the USA back in 2009. To be fair, course or not, I have always intended to visit Europe one day. My grand plan was a 1-month backpacking trip around Europe once I have collected enough money and enough vacation days!

13 hours direct flight from Singapore. Flew with SQ and got a very good seat, front row of a section so there's ample leg room :D. Also I didn't get any weird neighbour (surprise, surprise!) so it was a good, calm and nice flight. Arrived London Heathrow airport past noon on the day before my course starts. As my course is in Crawley, I had to take a 40-minute shuttle bus from the Heathrow airport towards Gatwick airport, then a taxi to hotel. 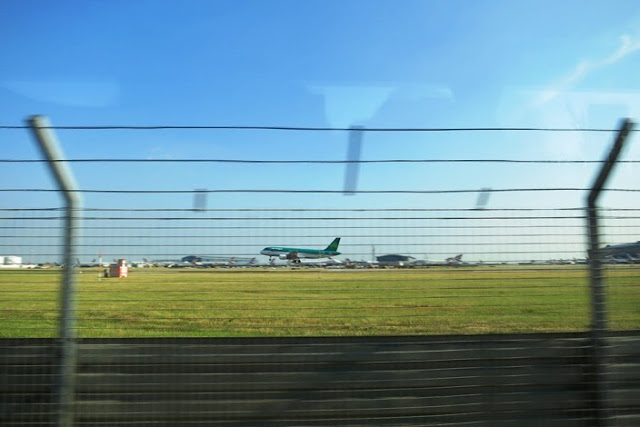 Got put up in a hotel called Ramada Plaza Gatwick Hotel. Not very impressive, but still I suppose it's one of the better ones in the area. Let me explain myself a little here. Crawley is a bit of a boring, dead town. According to a British colleague, it's a town where most people reside while working in London. Hence, during the weekdays, it's really a ghost town. 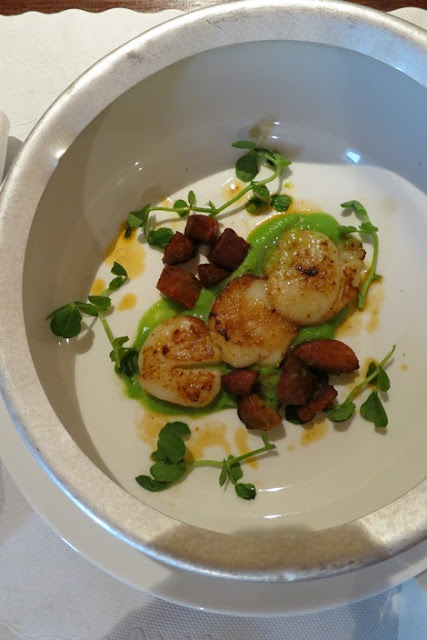 Got so tired that I couldn't be bothered to head down to the hotel restaurant for a meal - so I ordered room service instead. King scallops with sausage bits and bed of mashed peas.

Hotel is only some 10-minute walk from the training center. And it was such a pleasure to be able to walk to work on a beautiful day! I can't stress enough that the weather was excellent during my stay! Not a drop of rain during my 14 day stay in Europe! And no one is letting me forget how lucky I am with the weather too. It seems that everyone is very amazed! Bright sunny days with a nice cool breeze..... mmm...


First day after course and Will wanted to walk to the park, which is some 40mins from the training center!! All sorts of pictures taken on our walk in the park (please excuse the enthusiasm with wild flowers on the side of the road, they really are very pretty). 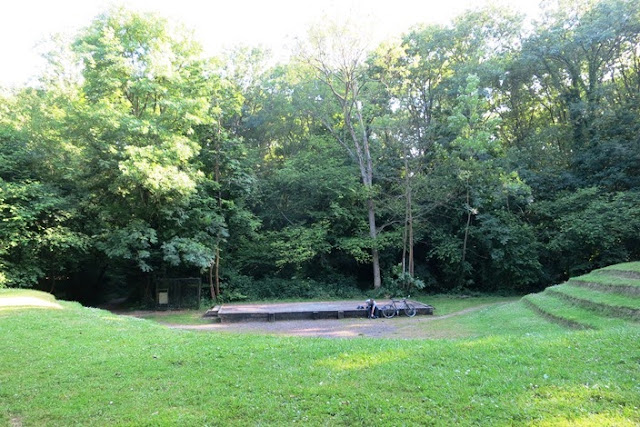 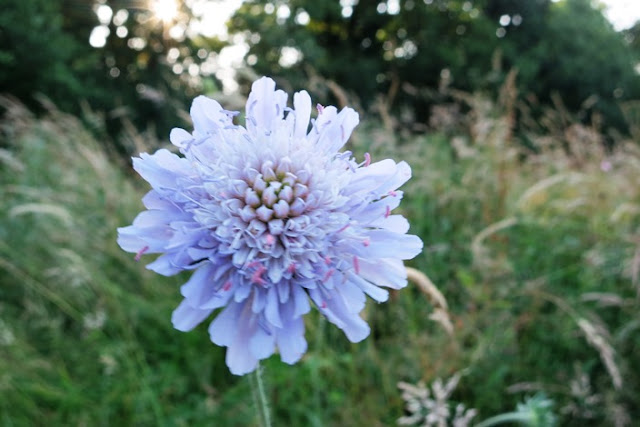 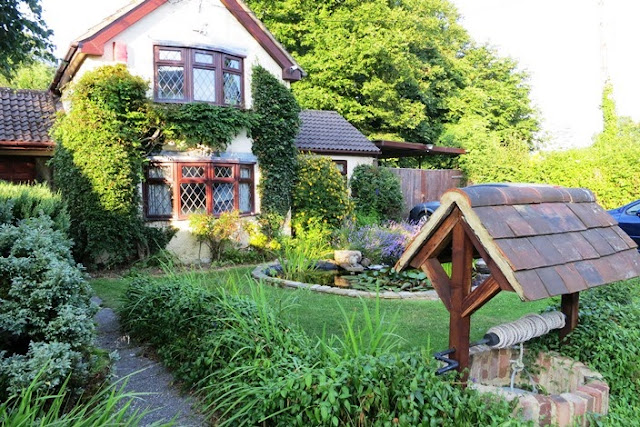 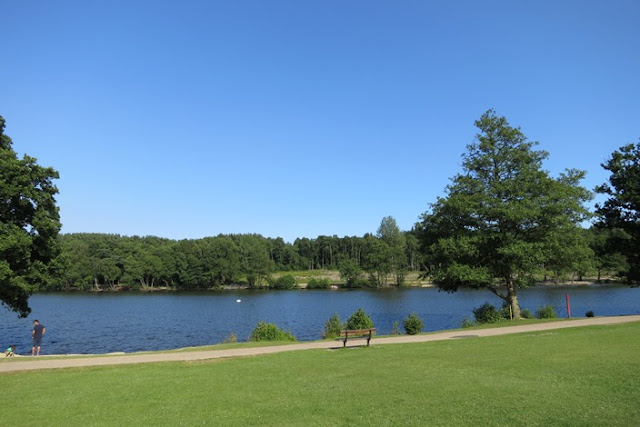 End of Day 2 course and we had Pete who is driving to bring us to a bigger park! Tilgate Forest Park, very pretty. I could just sigh and lay back in content with this beautiful sky beaming at us. 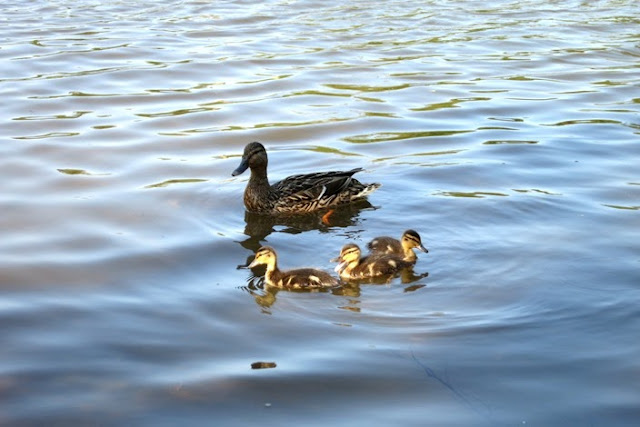 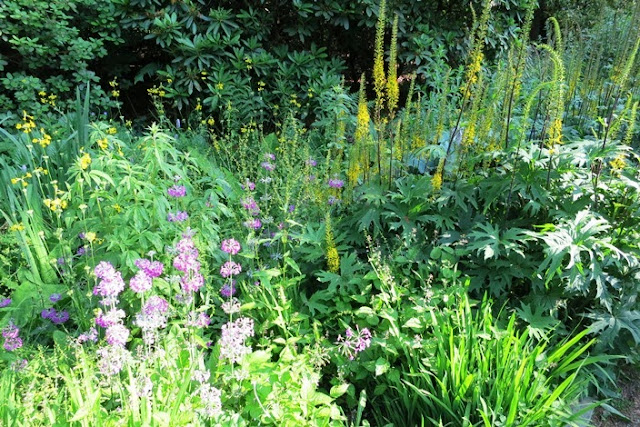 What is this with beautiful summer days that make you squirm in contentment ? 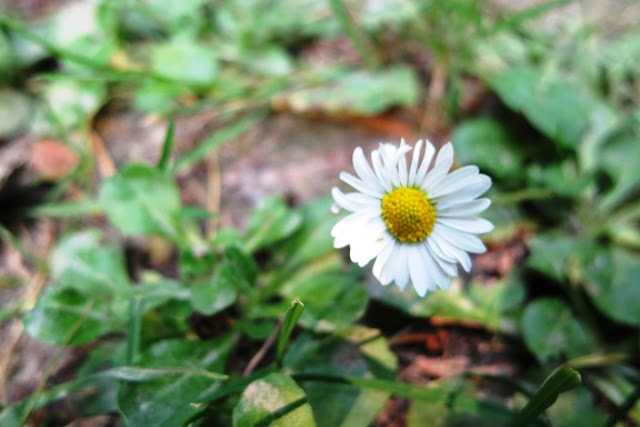 Will was highly amused when I took photos of daisies. 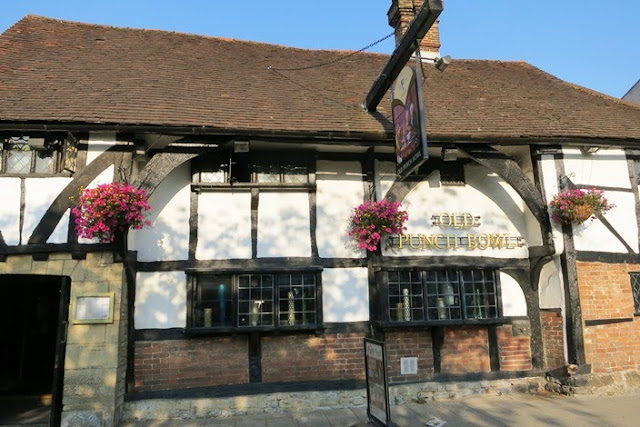 Then an old English pub on High Street. High Street is like the main town area, but it's still pretty creepy and empty... Okla, to be fair, the pub was more than half filled. 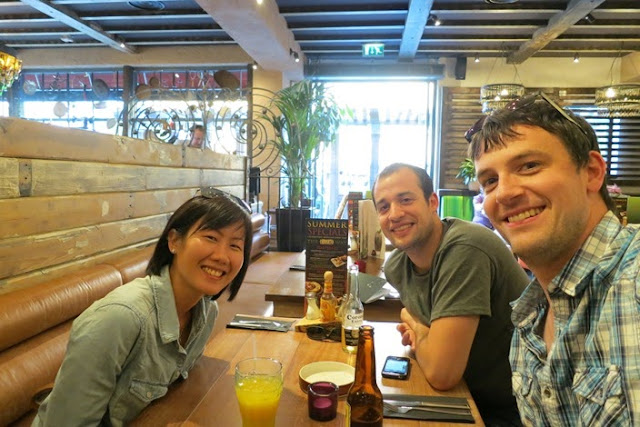 Course mates Peter and Will. Funny people. Well, everyone from the ship has a dodgy side anyways kekeke :) 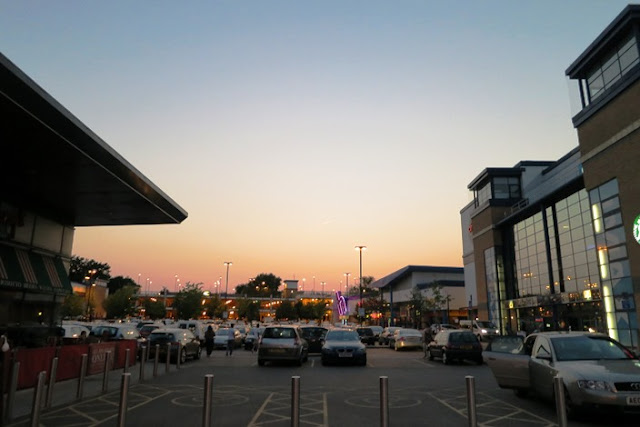 And finally this shot is taken some time around 9:30pm! How great is it to have an extended day time... More exciting post coming up.... This one is pretty low key cos... the bloody course is robbing us of days out!