Day 1 almost coming to an end and still going strong! (Actually I cheated a bit lo).

Prepared Day 1 lunch the night before, blanched and boiled a load of vegetables that I bought from the Sunday morning market. 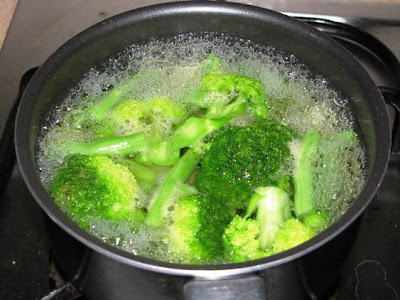 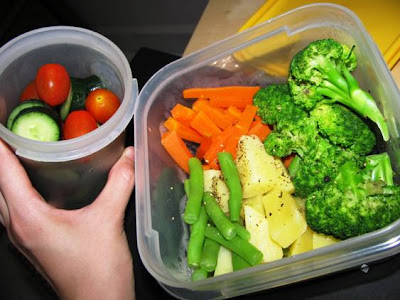 Arranged all of them neatly according to type hehe. French beans, taters, broccoli and carrots! Cherry tomatoes and Japanese zucchini for snacks. 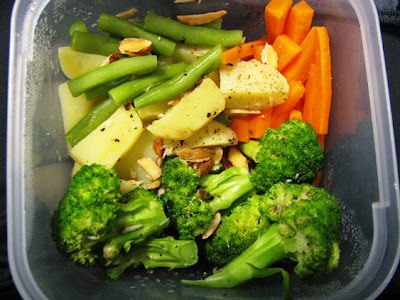 Sprinkled some roughly chopped almonds and freshly ground black pepper. It's very simple but it's so delicious! I think I won't mind having the same stuff for the three days of detoxification.

Anyway it wasn't exactly cheating la. Carigali Hess, an oil and gas company held a blood donation campaign in the TTFC where I go to gym. So, obviously after so much blood has been sucked out of me, I would need more energy than vegetables can ever give to regenerate those blood cells right?

Anyways. This round of detox really got me hungrier than what I can recall previously. Banana for breakfast, cherry tomatoes and zucchini later... more bananas, a pear....

Then got back from work d, wah all these fruits and vegetables only really making my digestive system working fast. Terus settle number 2.

Dinner is probably a more interesting affair. Jumbled whatever vegs I can get my hands on and cooked a brown rice porridge. I know that rice is also considered processed, yadda yadda, but this detox I'm going through is not the ganas type. Oat and milk is acceptable, and certain cereal. So I figured that if cereal is fine, brown rice should be even more so acceptable. 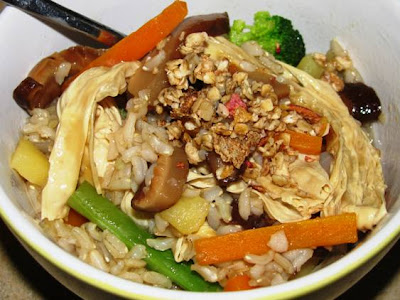 Porridge turned out to be pretty successful!

Thrown in carrots, french beans, broccoli (these 3 things I took them out after cooking them for next day's lunch. But certainly adds depth to the porridge), beancurd sticks (super awesome addition! Works really well with mushroom), mushroom, onions, taters, and finally sprinkled some toasted oat on top ;) 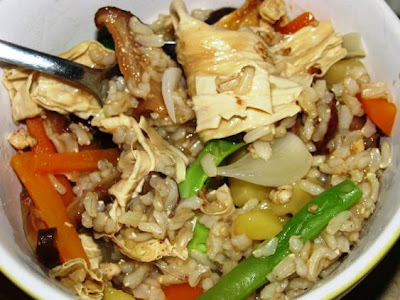