First day in Kuantan I already got to fulfill my craving for the curry mee. Yummy. No photographs though hehe, I think I have one too many shots of the infamous Ktn curry mees.

Day 1 dinner is enough to put a Chinese emperor to shame. Check out the spread: 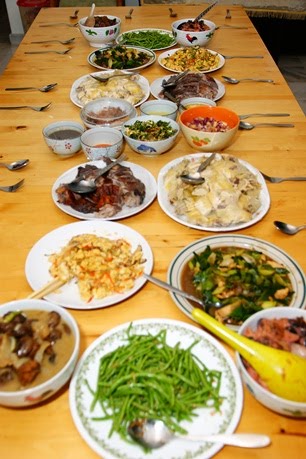 It was also coincidentally the Chinese winter solstice festival. Something about celebrating the end or the mid of winter. Back home, occasionally we do have the tang yuen (glutinous rice balls) and with Tua Yi around, we are sure to have a mini prayer of some sort hehe... 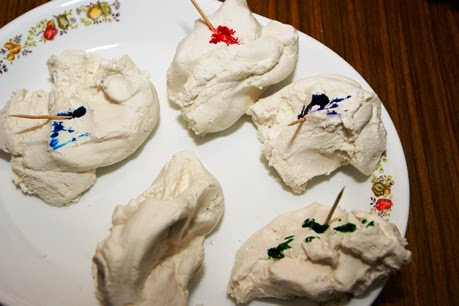 Five colors to an immensely vibrant winter solstice. Green, blue, purple, red and white lol. If white is even a color, that is.

And so here we put our ball-rolling skills to action. This has got to be the most imaginative/quirky/weird tang yuen I have ever come to make. Ever tried stuffing each rice ball with little cubes of gula Malacca? Or even chocolate chip? Or both? Been there, done that rofl. 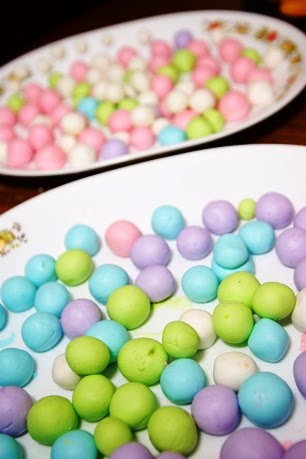 The five of us - WE, Hao, Chien, TY and I were the only youngsters pumped up in making the Chinese delicacy. Don't they look so pretty? Chien very de naughty go and make all sorts of figurines with the flour mixture. Ah gurl. Ever heard of don't play with food? Well, in this case, food-to-be... 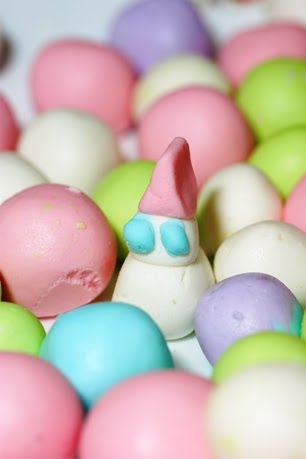 Got little snowman, mermaid with huge boobies, a blue Elmo, and God knows what else lol. Chubi right the snowman? 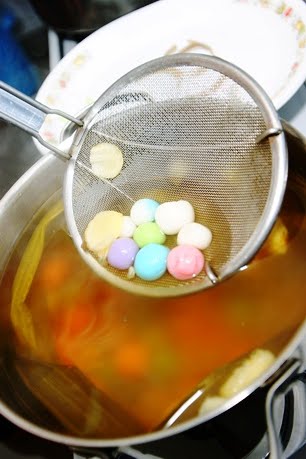 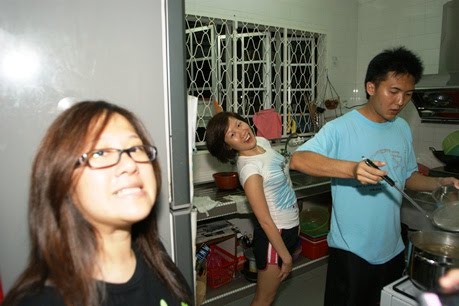 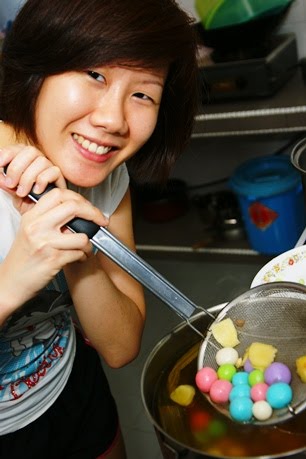 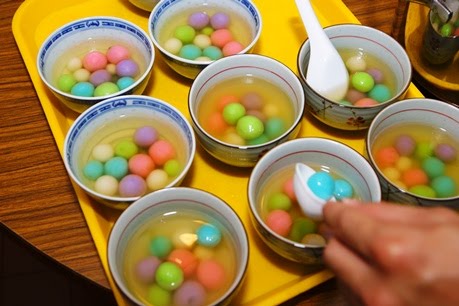 To tell you the truth, I was almost afraid to taste the tang yuen with the prospect of biting into all these weird combination but I am pleased to say that they are the best ones I've ever had! Biting into a tang yuen stuffed with both gula Malacca and chocolate chips is the winner yet.

2 Days till Xmas.
Decided to go to the dentist for scaling. We were up by 7 in the morning as it was a government dental clinic we were headed to and the queue gets really long by 8 when it opens. It was a really bad experience for me. First we had to wait for a good half hour before anyone is called in. But thank goodness WE, me and TY were the third, fourth and fifth respectively to get our numbers.

Then, when I was finally called in, the female dentist damn cho lor. Poked my gums to no end and while the scaling is done, I had to hold the whatever thing it's called, neh the saliva suctioning thing. -_- Had a filling re-filled because it came off and scaling. Great news? Everything costs only about RM5 or so. Bless the gamen services, as sucky as the services and waiting time is.

Due to Siak's demand for ketchup mee, I was summoned to Ngo Nen's place to learn how to make them. Ketchup mee is a Sungai Lembing product, something which I have never tried before, much less know how to make them.

Sungai Lembing, which is about an hour's drive from Kuantan was where TY's relatives used to live. Back then, there was plenty of British who stayed in Sungai Lembing. These 'expatriates' would long for spaghetti and thus adapt to the local ingredients and the Chinese spaghetti is born. Jeez I think I am pretty good with these food history thingy.

This is probably a highly secretive recipe so I shall just roughly describe the procedures in the making of the ketchup mee as to protect its sanctity :p 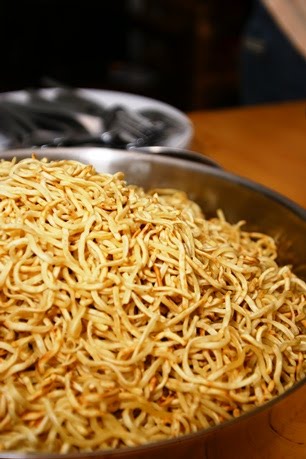 The noodles used, according to Ngo Nen has to be from Sungai Lembing itself otherwise the taste wouldn't be the same. You can opt to deep fry the noodles to give them a crispy texture, otherwise a healthier option would be to pan-fry them without oil (as the noodles are already oiled), kind of like toasting them. The same is done to vermicelli - but this would need oil. 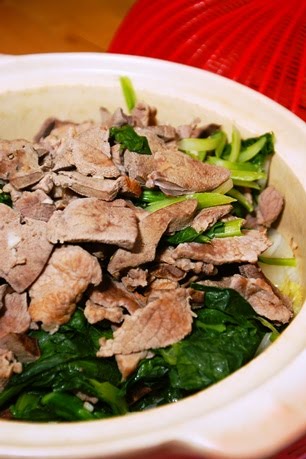 The base of the broth to the ketchup gravy has vegetables, loads of them, pork fillets and also the optional pork liver. Meat is lightly marinated in soy sauce and oil before frying them till partially cooked. All vegetables and meat has to be ladled out of the pot before adding the main ingredient - the ketchup. Haha. This is literally ketchup mee. It's required because adding the ketchup into the pot when meat and vegetables are all in would cause the pork to be more chewy instead of juicy. 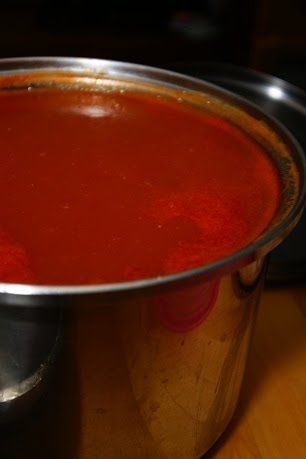 The key to a great ketchup mee gravy is the color lol. Two whole bottles of Life tomato ketchup were added, along with a large amount of corn starch to thicken the broth. 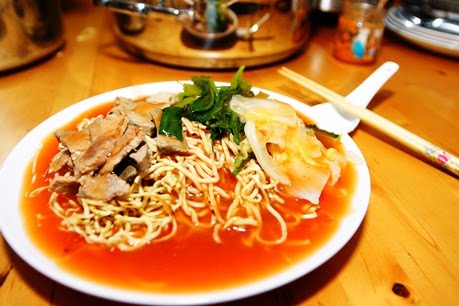 This noodle dish is strangely one of those dishes that I enjoy more, the more I eat. The best part is there a LOT of fiber involved... best friends! :D

Might I also add that almost immediately after my so-called apprenticeship, I felt my throat getting sandpaper-y. That night itself, even after consuming cups after cups of water, honey, bamboo salt and lemon juice combined, I woke up in the middle of the night feeling like a total crap.

Coming up, Christmas Eve feast - how I stubbornly consume everything I shouldn't have :D