Booked my flight to Kuantan way in advance, like in September or something like that. Took the KLIA Express from KL Sentral. I think I was conned loh. I initially queued at the ERL which has about 3-4 transits before reaching KLIA but it was reasonable cheaper at RM15-17 as compared to the KLIA Express which costs a bloody RM35.

So when I asked for the ERL the lady (no... I should call her the devilress) behind the counter asked me to go to the KLIA Express and I said but I thought the ERL goes to KLIA too but the devilress shook her head. Unsure, I ma shuffle over to the non-existent line at the KLIA Express only to later find out it costs a bloodyfull thirty-five bloody bucks. 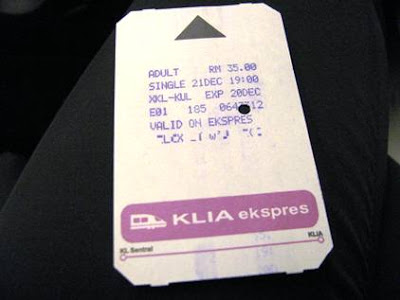 The justification? It's a non-stop journey and it takes only 28 minutes. My ass loh.... I had to wait for 15 minutes for the train to arrive whereas the ones in ERL already can jalan so the justification is.... not justified.

The hell with that aside, I arrived nice and safe and 45 minutes later to KLIA. 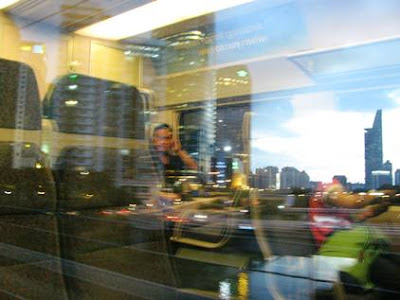 A piece of the skyline and a half of the train interior :p 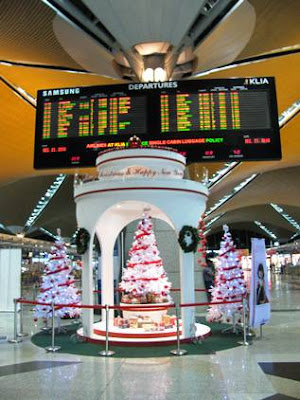 KLIA Xmas deco.
I was like super duper early for my flight (I reached about 8pm but my flight is at 10) so I wondered around the airport, taking touristy pictures which no one, including me will bother with but wth again right?

How can anyone not love MAS? Not only is it punctual, you don't get the kiasu crowd waiting in line like 15 minutes before boarding and no squeezing into the plane or lansi stewardess. 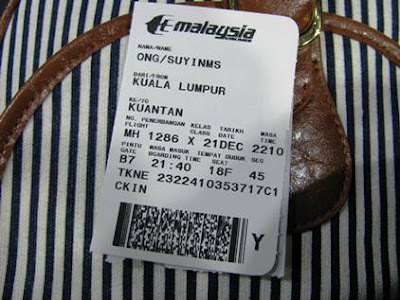 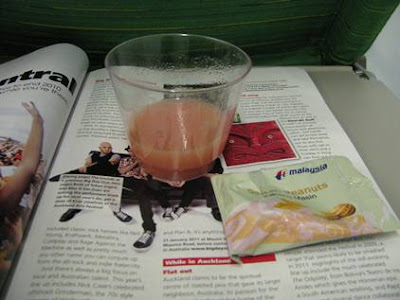