Another one that is long overdue. Sorry, can't resist blogging about the colorful and fulfilling Christmas first :)

Buddies arranged for a steamboat dinner at this place in Kepong called Happy City Steamboat. I was supposed to meet Eve up at 6pm but guess what, it rained so heavily that the roads are all jammed up and it's not until close to 7pm that Eve arrived. Sigh. Then the waiting resumed for Grace and YK because they do not know the way there. Ah.... can't change a tiger's striped eh. Anyways Happy City is only across Carrefour. 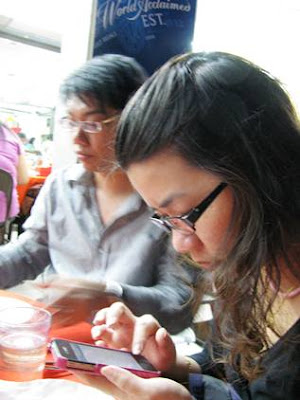 Eve who is completely engrossed with her new phone. Alex even complained about her current obsession! Haha. Apparently she doesn't choy Alex with the phone in her hands. Bad girl.

Eve was the one who recommended this place. Apparently Happy City (seriously, how lame of a name you can get with a restaurant -.-) serves really fresh ingredients. They would bring out live prawns covered in a plate because the prawns are still active and jumps around. Ugh sick... I'm the ignorant kind, so if I don't see, I don't feel guilty but I am pleased to announce that there is a slight, erm, happy ending to this post. Happy ending to me, not the prawns. 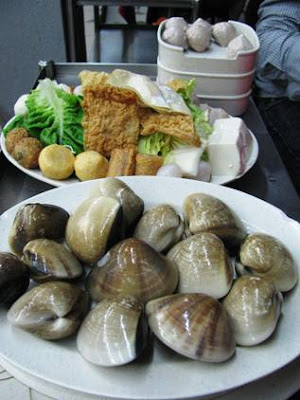 A thought just occurred to me... what is it with Eve and steamboats ?? Before this she also recommended a steamboat place to us which is in Sri Petaling. Tsk. I shall henceforth refer to her as the Steamboat Girl. 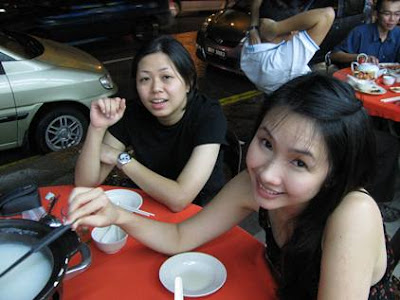 Eker looking like she's on drugs while Gracie acting cute. 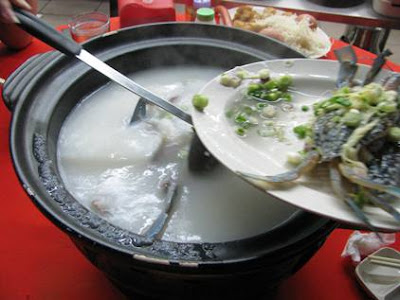 There are various options on the broth - whether tomyum, or herbal soup and even drunken soup (which includes Chinese cooking wine, I caught a whiff of it from a neighbouring table and damn, it sure smells good!) but we opted for a porridge steamboat. 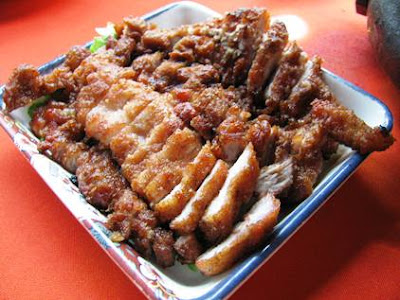 Deep fried pork fillets as appetizer, while waiting for the raw ingredients to cook. It's really yummy! Then again, almost everything deep fried also tastes good. 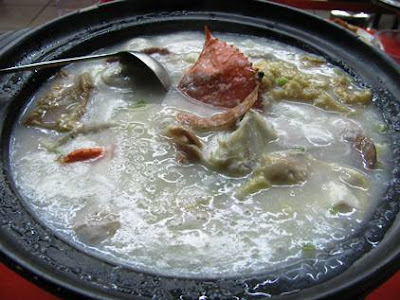 The porridge is so fine and soft, also sweet after we'd added in the crabs and all. Yummers. One con is that we have to almost always stir the porridge in the pot otherwise we will end up with 'chao tar' porridge... which we actually did! It was already the last serving (we cannot add more porridge because the restaurant ran out of those) and so we decided to crack the eggs and stir them in for that extra oomph. Unfortunately, the eggs stick to the base of the pot... and hence.... the chao tar-ness :( 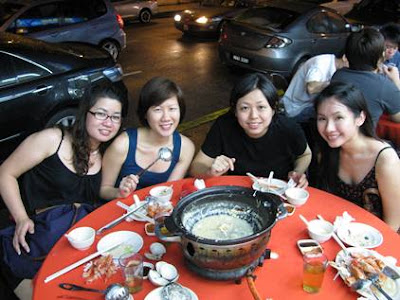 Thanks my great friends for the dinner :)

Then we went for an after dinner drinks. Eker refused to come with us with the excuse that she has a lot of work to get done. We tried so many different tactics - persuasion, blackmail, begging - none of them work hahahah. Oh well. At least we tried.

Nice place to chill. But it's much nicer to sit outdoors as the music is really loud indoors. Bad news is that it's so full usually that we had to wait for a while to get seats. 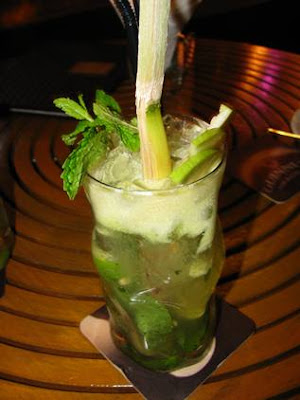 My non-alcoholic drink. I can't remember what it's called, Apple Mint or something like that? It's essentially similar to mojito, without the alcohol, of course.

Digressing, I still don't seem to enjoy alcoholic drinks, except maybe red/white wine or the occasional beer. I hate hard liquor which hardly has any taste to it except being really bitter that you have to add in Coke/juice into it which I think defeats the whole purpose. So I wonder if those folks out there who love to drink, are they drinking for the sake of drinking or for the sake of getting drunk? Beats me. I personally don't like the idea of not being in control over my body, ie vomiting so un-gracefully over the side longkang or slubbering words in a conversation. 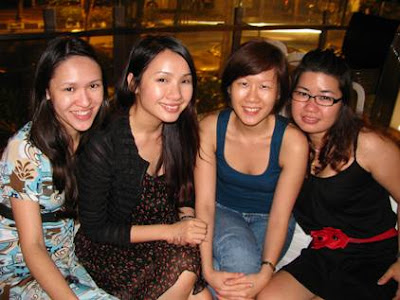 Yay for Mei who joined us later! Miss you lot already...

By the way hor, my throat is not getting much better leh! Groan. It's New Year's Eve tomorrow and I badly want to have a nice dinner with friends but it looks like I might be celebrating New Year in my room buried in blanket. :( Po pi po pi let me get well soon! I promise I will be a good girl :(
Porridge at
Happy City Steamboat (next to Carrefour)
Jalan Metro Perdana Timur 2
Kepong, Kuala Lumpur
Posted by Giffo Hoots at December 30, 2010
Email ThisBlogThis!Share to TwitterShare to FacebookShare to Pinterest
Labels: Food-Oriental Oozes, Occasions