Partially ignore the post title, could be incredibly wrong due to my very poor French hahahahha but I can confidently tell you what it's supposed to deliver in English - The French Bistro.

The French Stall Bistrot or TFS is an affordable French restaurant situated close to Little India. MCC told me about this place in addition to a couple of colleagues who mentioned TFS as a must try place. Me, I'm just game for a good food experience! Even as TY was getting his tatt done, I told Sha that we're visiting The French Stall, and Sha who lives around the area advised us to make reservations as the place is usually a full house!

TFS also a bit pa pai. I called them in the afternoon to make reservation and told the lady who picked up that there will be five of us. She then asked me to confirm this number of pax because if our party arrives and we are one short, we will have to pay $10 for each absent person! Siao or not you say la... Anyways when we arrived, the place is only a quarter filled, so we can in fact just walk in for dinner, even though it was on a Saturday.


The place itself is cute, quaint little café, with comfortable chairs lined just by the street. There's no air-conditioning, pretty much fuss-free. Service is average, I think they roped in some of their own relatives because I spotted an old aunty serving water and collecting plates from tables lol. 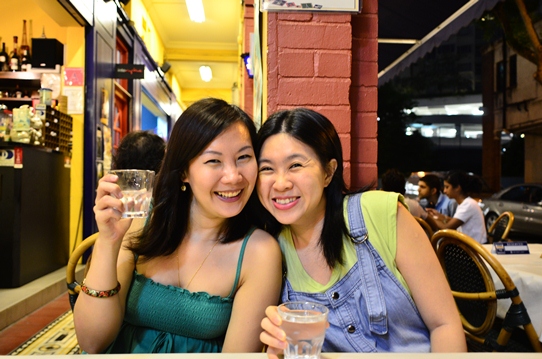 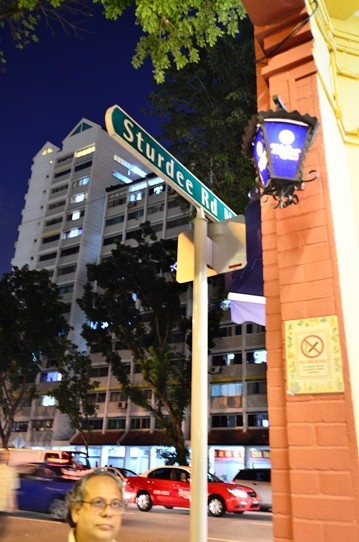 There is quite a fair bit of choice if you prefer to order a set meal, which consists of a starter, main and dessert. An average type of set meal costs $25.80 whereas for a 'better' choice, the 3-course meal will set you back by $36.80. You can check out the full menu from their website here TFS Bistrot. Chef and owner is French, if I'm not mistaken, but the staffs are mostly local Chinese.

The rest ordered set meals whereas I chose a soup and a foie gras entrée as my main... kekekeke (how can I ignore foie gras!) 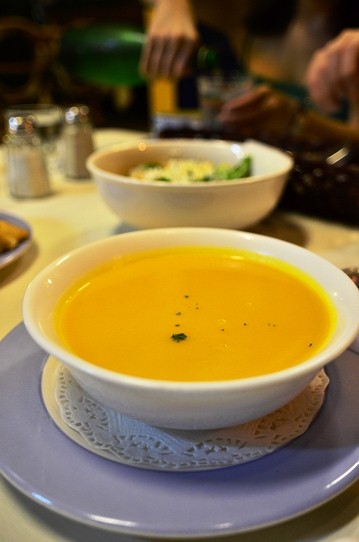 Carrot soup - Soup of the day. Very thick and rich. I find it quite delicious, thought sadly there is no bread served alongside with the soup. Su En then asked for bread - which we find out later is not complimentary! I think they charge about $1.80 for each serving.


At the back of the carrot soup is our salad for sharing - caesar salad. Typical, romaine leaves, croutons, some shredded chicken I think and hard boiled egg. 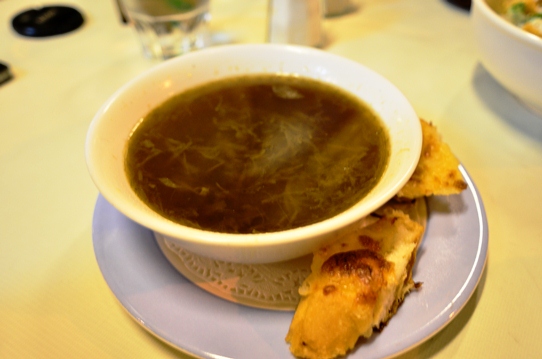 French onion soup - ala carte, $6.20. Good but I find it lacking in a sense... Not the best I've had, but still pretty acceptable. 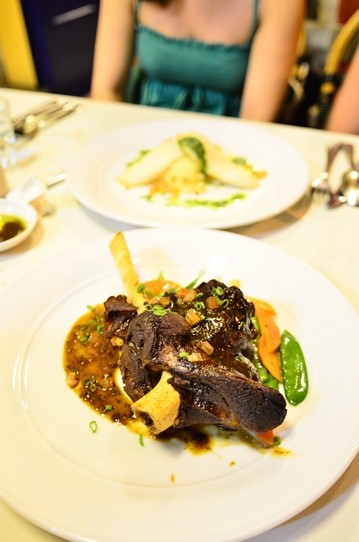 TY's braised lamb shank with spring vegetables. Lamb is really tender and probably the only main that we tried that day which comes in a large portion. Everything else that followed is mediocre in comparison. 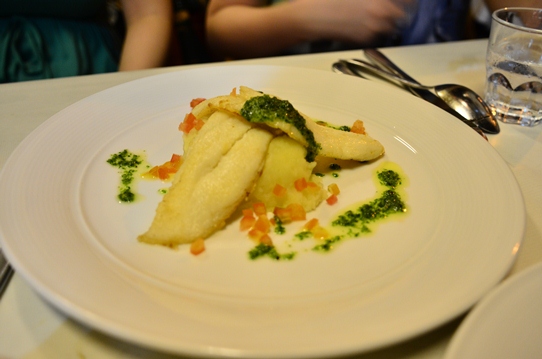 Su En's Pan Fried Dory Fillet with Mashed Potatoes and Garlic Butter. Dory fillet is oh-so-tender, with no hint of fishiness (which may have otherwise masked in the stronger garlic butter). Small in portion but Su En said it's really filling because of the mashed taters. 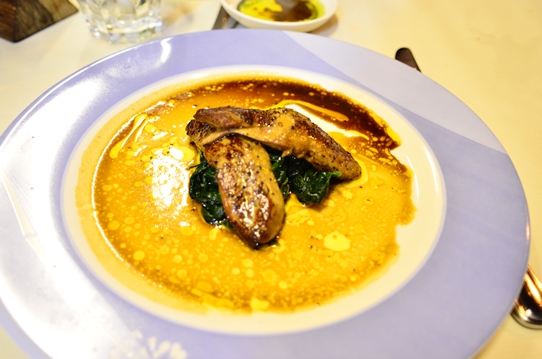 Pan Fried foie gras with spinach and sweet xérès jus $26.80 - xeres that's sherry by the way. Two small but fatty pieces of goose liver seared.... yummy yummy. The sauce is a tad too salty for my liking but Su En seems to really like it, she dips her bread in it lol. 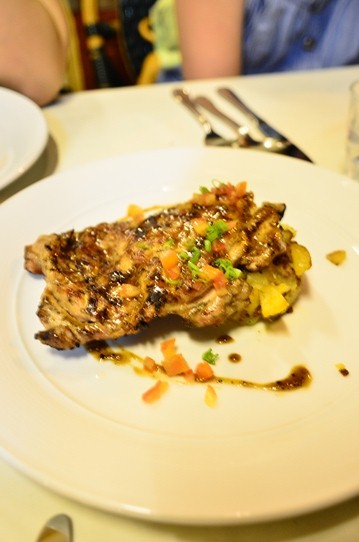 MCC's grilled and marinated chicken leg with BBQ sauce and sautéed potato. Chicken leg is tender and fresh, but otherwise nothing special about it. 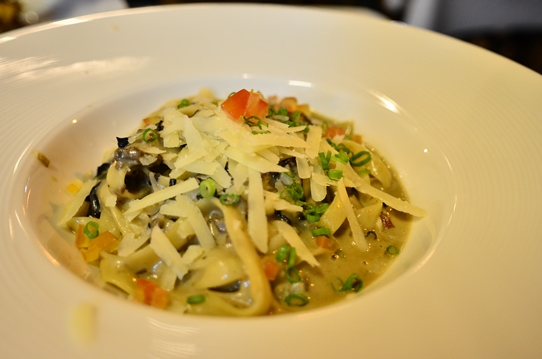 Finally IKK's Tagliatelle with mushroom sauce and parmesan shavings. Doesn't look nice but the sauce is really creamy and quite good, surprisingly! But IKK walloped it all in about 3 mouthfuls, lol, it is that small. 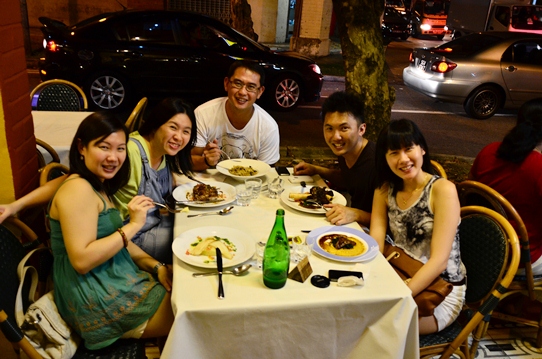 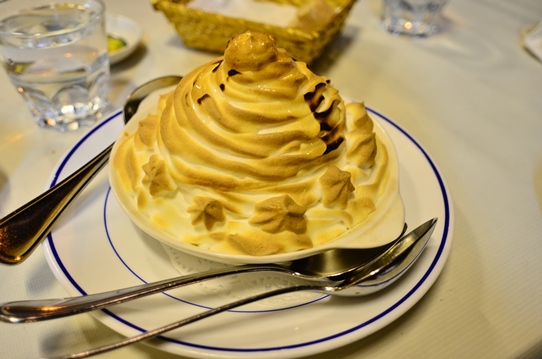 Dessert! Baked Alaska. Not French, but decided to try this out as others like tiramisu, ice-cream is a bit boring sudah. With an outer meringue shell and an inner core of ice-cream and something sour-ish which I can't quite place what it is.... Despite the small portion of each course, all of us struggled to finish this... 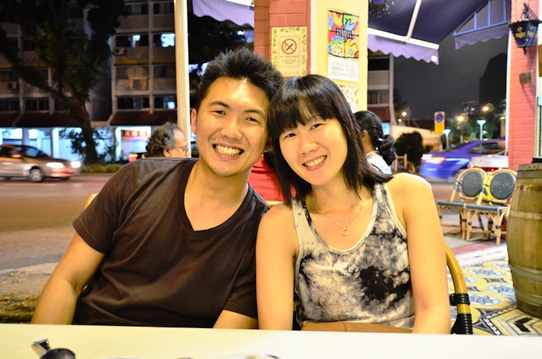 MCC with built-in camera sensor! Can sense whenever a lens is directed at her... lol. 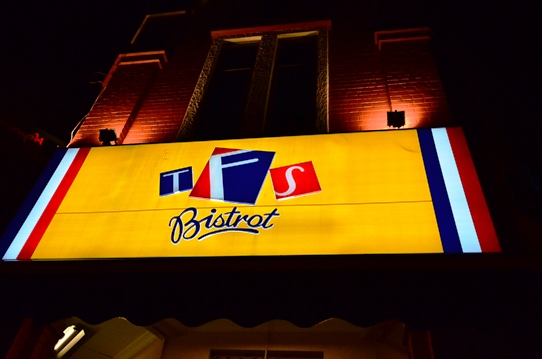 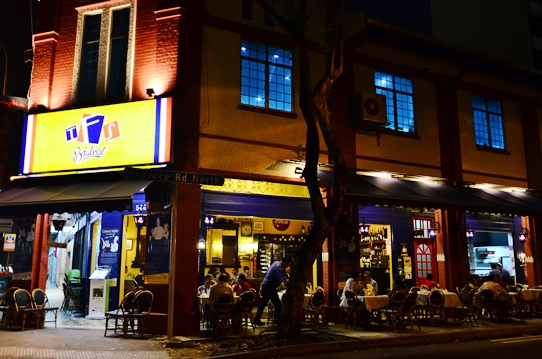 
Bill came close to $40 per person. Well.... I guess not bad la the price but it's not exactly cheap, cheap either. And I'm pretty sure if you top up an additional $20 or so can have a decent dinner at a fine dining restaurant. Hmmm... and the quest continues....