It's a crime to have to wake up at 5am on a Saturday morning. And I committed that crime on 5th September (coincidentally Dad's birthday!). Pooped and washed my face, I then changed into a t-shirt and shorts, and packed isotonic drink, a Snickers bar and my Bubbles towel into my backpack.

Close to 6am, I received a call from Stanley, a colleague from work, to tell me that he's already outside my condo compound. Still bleary-eyed, I climbed into his Kenari. Lam, another colleague was already in the car and we were on our way to pick Jocelyn up. She lives all the way in Taman Cempaka (no idea where that is), so Stanley asked me to give Jocelyn a call to inform her that we're on our way and that will probably take about 30 minutes.

We reached Broga hill after 45 minutes drive from Jocelyn's place. The foot of the hill is actually an oil palm plantation and there were already countless number of cars parked along here and there. 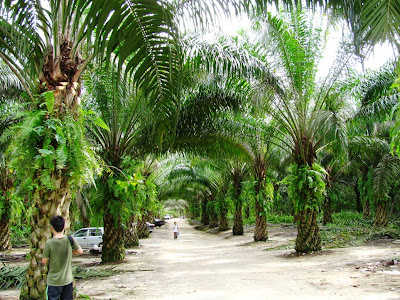 After a few minutes of stretching, we made our way up. 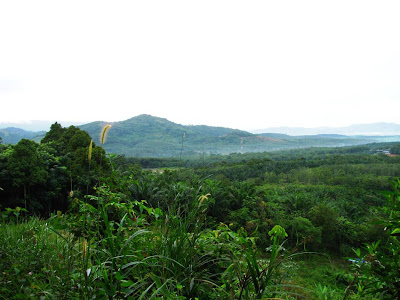 I wouldn't say that the place is exactly breathtaking, it was just alright. I got a few mozzie bites as I was wearing shorts, but other than that, I managed to make my way to the first peak in 25 minutes (with multiple stops along the way when Stanley/Jocelyn takes pictures) 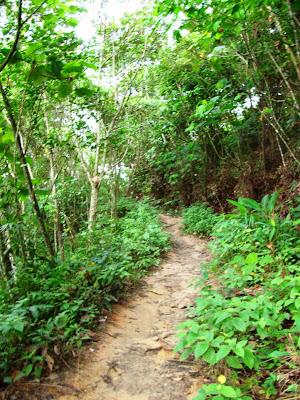 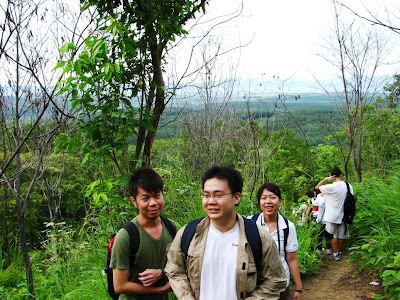 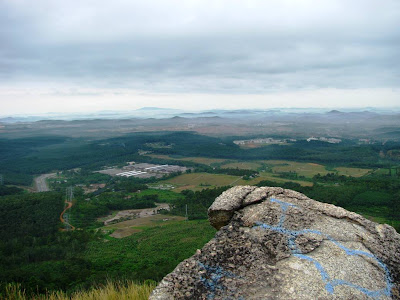 View from the first peak.


The distance from the first, second and third peaks are not very far. Maybe 5-10 minutes apart. I wouldn't say that it's hard to climb up the hill, in fact I find it relatively easy and I am eager to find more challenging hills to climb so I can train up for my Mount Kinabalu hike. 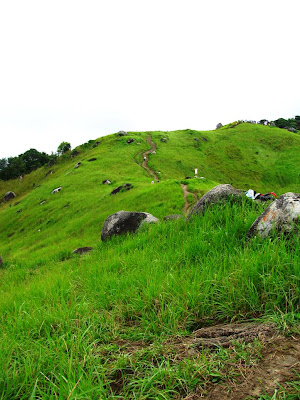 The view from the picture may look like it's really nice, but the pictures have been enhanced :) 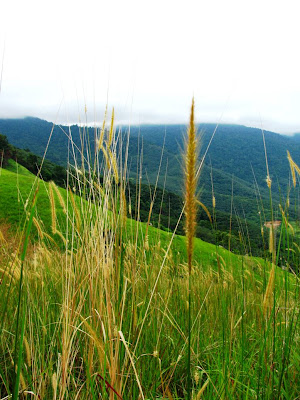 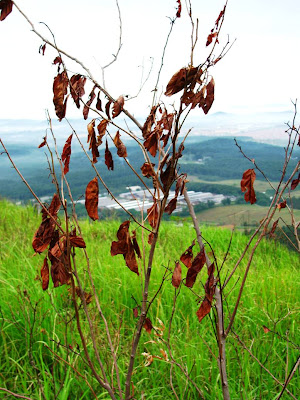 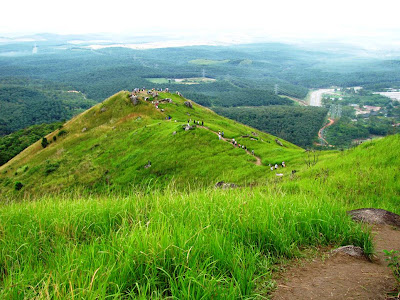 Then we went on to the 2nd peak. At this point, Jocelyn gave up and roamed around the area, saying that she felt very tired and has vomiting urges. 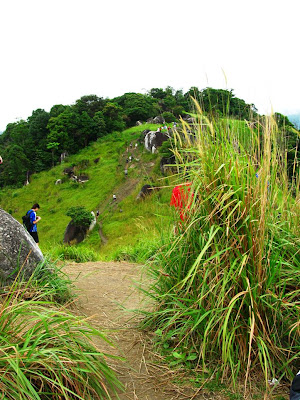 And that, is the third peak. 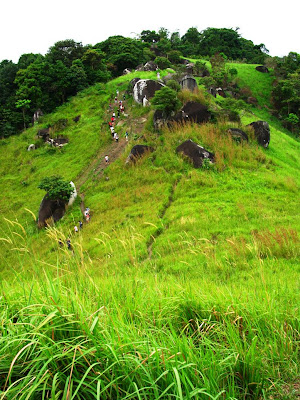 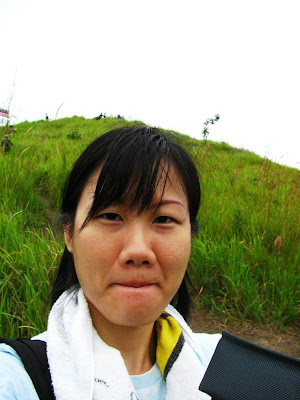 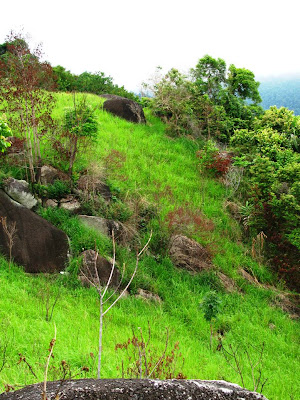 At a point on to the third peak, we had to climb over boulders and use rope to lift our way up. Definitely interesting but I have no idea how going will be like... yet. 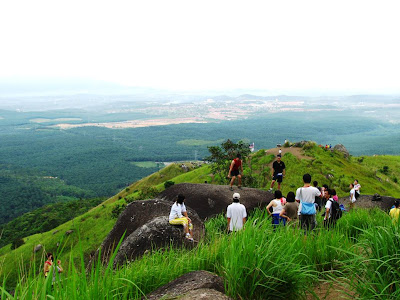 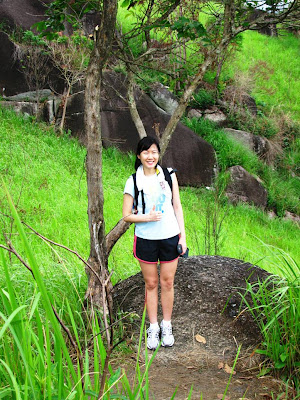 Me showing the thumbs up after conquering Broga. Hill. 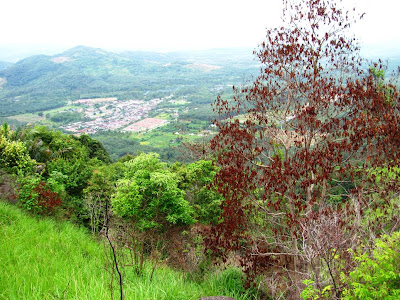 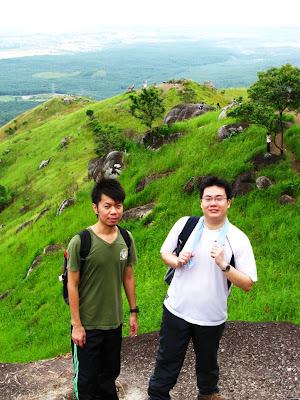 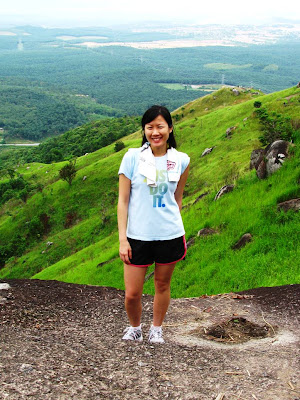 Got all posey posey.

After much snapping away on the camera, we proceed our way down the hill. Just opposite the hill there is a Rabbit Fun Land - a rabbit farm. 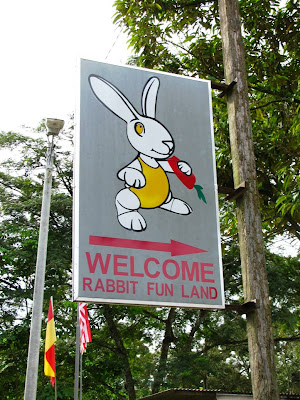 According to Stanley, the place serves rabbit satay and whatnots, and he's right. To enter the farm, we have to pay RM5. There are also other animals in the farm such as sheeps, ponies, monkeys and goats. 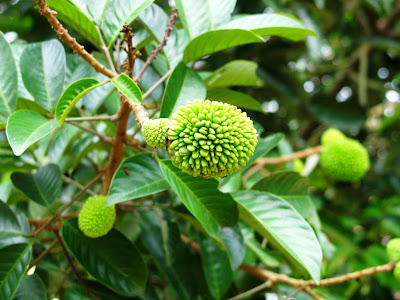 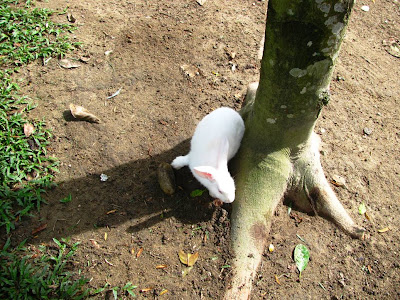 I find the place relatively ok, but couldn't bear with the stink. The place also sells rabbit spaghetti, rabbit sausages, among all things.

We got steadily hungrier as it was already mid-morning. Stanley said he read from a blog about a shop that sells pan mee somewhere in the Broga town. The place is usually frequented by students from Nottingham University. 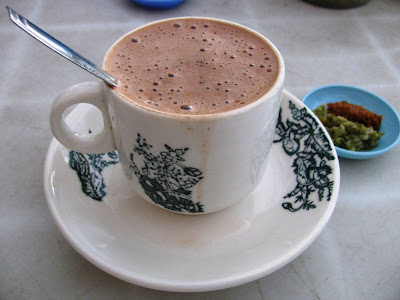 Broga town is really small and it's only about 5-10 minutes drive from Broga Hill. We just have to drive along the main road from the hill, and then we're already in the 'town' with the shop right by the main road (a few blocks away from a furniture shop). That area is also just on the border of Selangor and Negeri Sembilan. 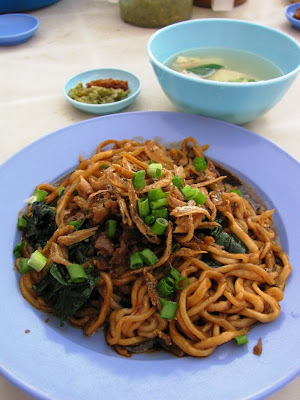 I ordered dry Pan mee which came with a small bowl of wantan soup while the others had soup Pan mee (Lam), wantan mee (Jocelyn), and Lor mee (Stanley). The taste is alright and the total came to about RM4+ for a plate of Pan mee and hot milo. Soooo cheap after months of KLCC food :)

The next destination was also an idea of Stanley's, which is a temple. Takes an additional 5 minutes drive from the shop. 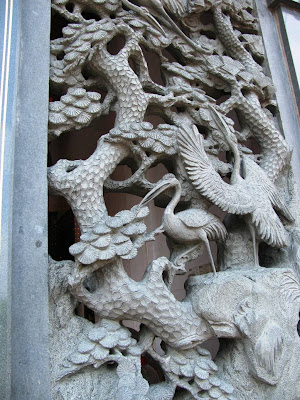 And that was pretty much my crime on a Saturday morning hehehhee.... But I must train myself right? For Mount Kinabalu!