Finally, after a few months in KL, me and my best buddies finally get a chance to come together for dinner! Yee Ling's birthday falls on the 13th, but since it was a weekday, we couldn't quite celebrate that time so we postponed it to the next weekend.

The gang would be almost complete with the exception of Li May and Chia Chia. I took the train to Eve-Lyn's place somewhere in Damansara and her friend fetches us to her place where we got ready. Mei Ying then arrived later and Yeeker will pick us all up, and then, we will be picking up Sin Dee , then, collect the cupcakes for Yee Ling before we finally get to delicious. 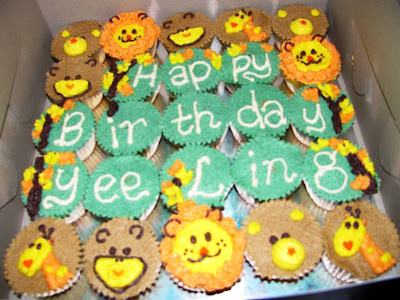 Cuteee right? It's custom made and only costs about RM50 for 25 cupcakes. It looks like a safari but that's because Yee Ling has always been associated with Lions. Can't quite remember why but it's probably because she's as ganas as a lion or her name kind of sounds like Lion? Nevermind.

Delicious is located somewhere along Jalan Pinang, right next to 7atenin9 where we will head for drinks after dinner. As it was the puasa month, the road in the city that is normally packed was surprisingly empty and very pleasant to drive in. 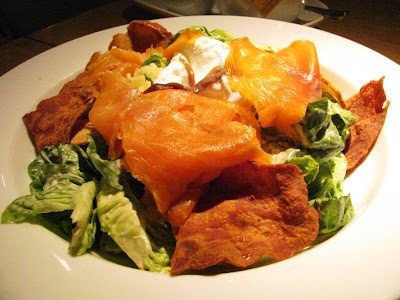 Starts off with Caesar's salad with smoked salmon. Good review, salmon being my favourite so I may be biased. 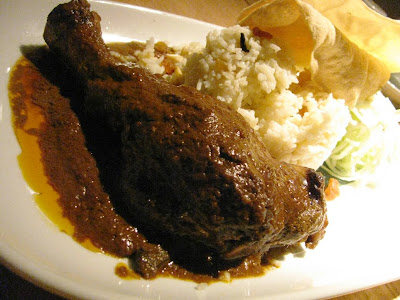 We were supposed to order lamb shank but I think Mei Ying ordered the wrong one and we ended up with this rendang-like lamb meat with rice. Tastes blah. 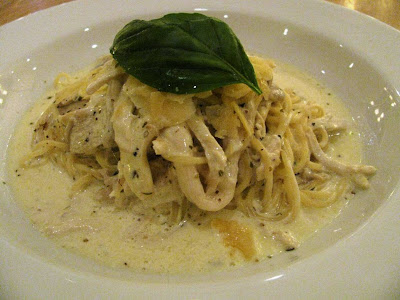 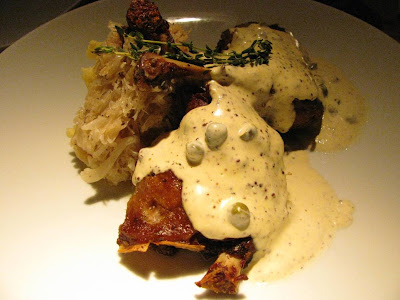 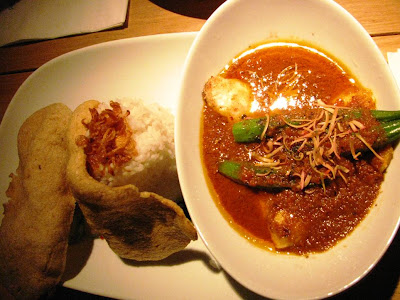 Assam garoupa recommended by Mei Ying. The curry tasted good with okra but I believe that it's a pretty common dish and if there is another time I am going over to delicious, this would not be one of the items that I will order. 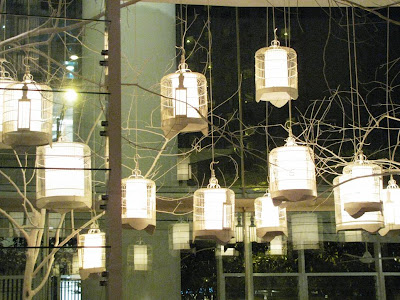 Excellent decor and lighting though. Perfect for camwhoring. 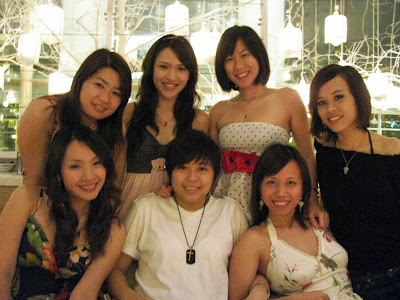 We were requested by everyone else to dress up lol. Hence the flowery dresses and such. But it was all good girly fun, gossiping and giggling the night away. Most of the girls have not changed much although some are pretty dramatic and over the top *rolls eyes*
Behold the desserts! 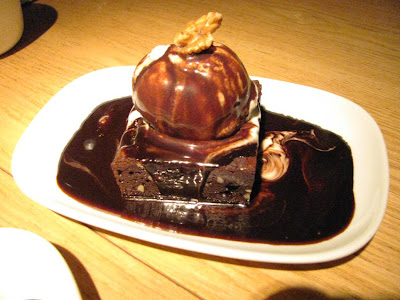 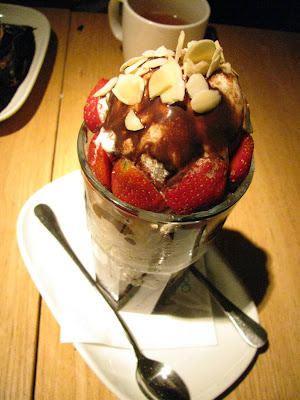 And then chocolate and vanilla ice-cream with strawberries. So-so lah. Nothing special.

Total bill came up to around RM260+, which is of course pricey but what can you expect from an atas place which serves mediocre food. Pay for the ambience or whatever crap.

After dinner (and hundreds of photos taken, with nasty looks thrown at us by neighbouring tables) we walked next door to 7atenin9, which is like a pub-cum-bar place with live music. 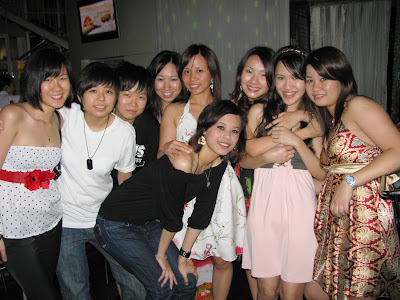 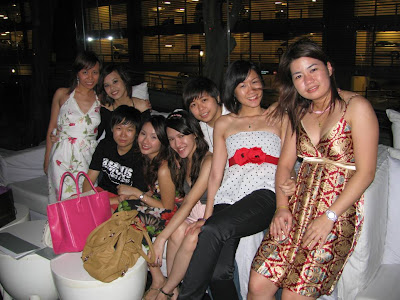 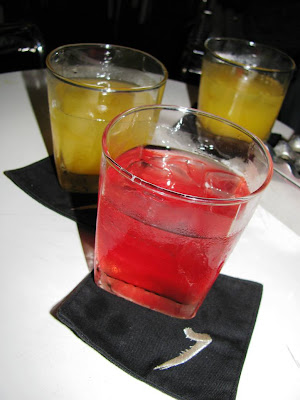 Vodka mixed with cranberry/orange juice. A bottle starts at RM400. I only had a glass.

Then our cupcakes makes it appearance. 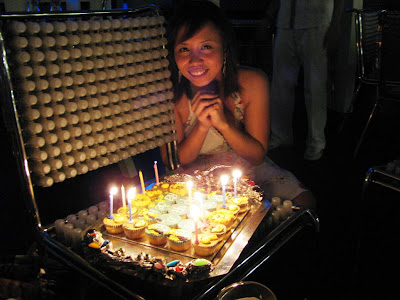 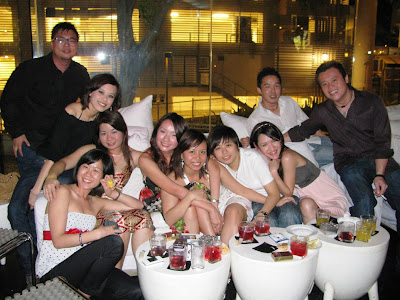 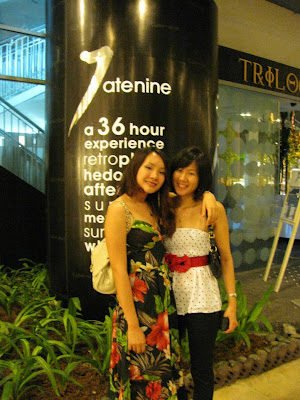 K, that's it. Love the fact that my closest friends are around!
Posted by Giffo Hoots at September 06, 2009
Email ThisBlogThis!Share to TwitterShare to FacebookShare to Pinterest
Labels: Tales with Friends