About 2 weeks after coming back home, I had a trip to Ipoh and Cameron Highlands planned with my old lifeguard friends. Sounds like a good plan, to relax up in a cool hill and take things slow for a change. But how relaxing can it be, to go on a trip with a bunch of noisy monkeys?

After work on Friday evening, got a bus ride to Ipoh to meet up with the others from Penang. By the time I reached Ipoh it was already close to 11pm, just nice for supper ;) We went to this dessert place just opposite Sam Tet secondary school, and had the iced sago mango, but no pictures are taken so I'll just leave it to your imagination.

We spent the night at Elaine's place, Soon Jiun's girlfriend's place. There was roughly 10 of us I think (me, TY, Evan, SJ, Elaine, Swee Lee, Yin Yee, Loy Chee, ZX) ok, there was 9. So I joined the guys stuffed in sleeping bags and whatnot in the living room.

I was forced to wake up at 6 in the morning to get a place at the dimsum restaurant. We initially wanted to go to one of the famous ones, Fuh San, but unfortunately it was closed for renovation - but guess where it moved to? Just opposite another famous dimsum place, Ming Court. Real silly actually, considering the fact that even with Ming Court by itself, finding a place to park your vehicle is hell. But the new Fuh San place looks quite impressive from the outside, bit China-ish. 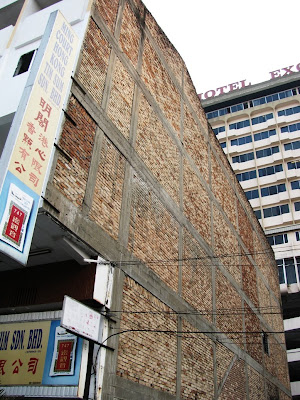 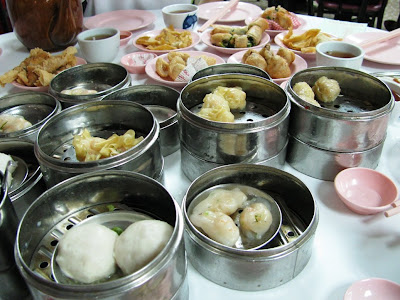 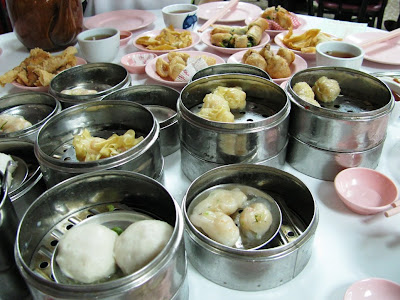 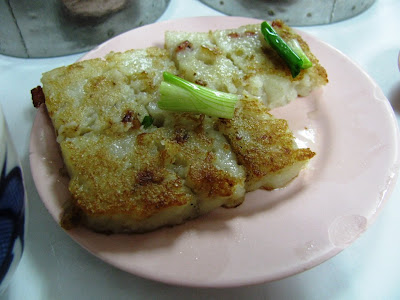 And with that, we started the drive up Cameron Highlands... it wasn't a very long drive, approximately 40 minutes. Along the way, you get to see purple wild orchids. As we get closer to Tanah Rata (first small town on the hill that you will reach on the way up) I was disappointed that the highlands is not as cooling as it used to be. It was still blazing warm and no hint or cool air, at all.
First stop was to a strawberry farm (after getting ourselves the best and most pekatest strawberry milkshake each), after checking in to our apartment (RM200 a night, which comes to about slightly more than 20 bucks each, pretty economical). 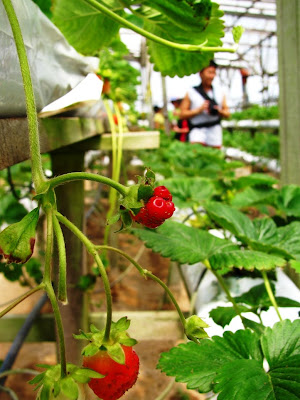 Then went to this government-owned park with farms and varied floras around its area. 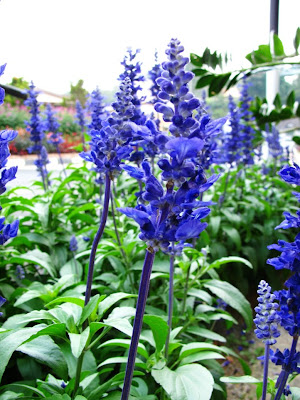 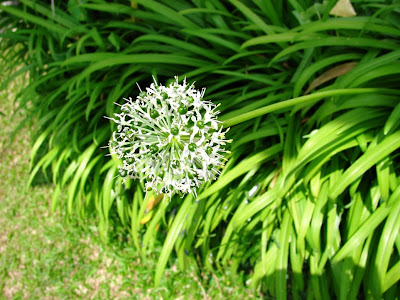 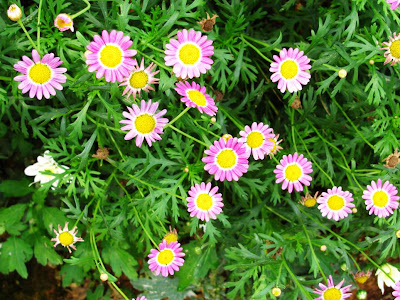 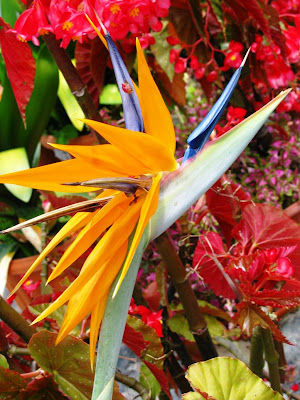 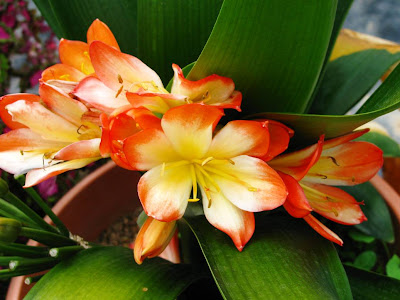 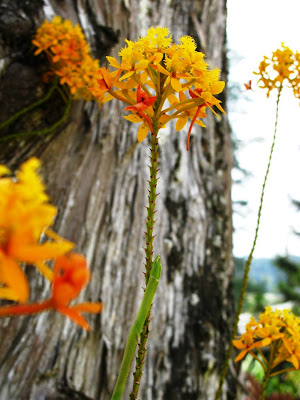 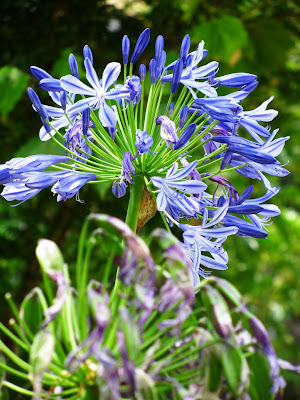 Then I cant remember where else we went to but we did make a stop for a late lunch at this local cafe. 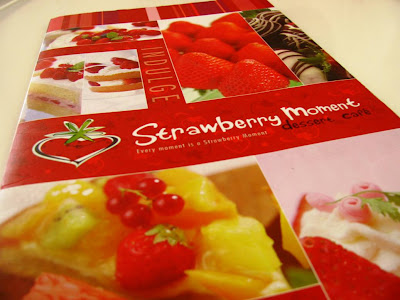 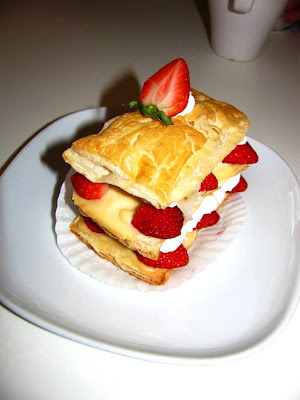 Sweet craving made us ordered this strawberry strudel and strawberry & chocolate crepe. 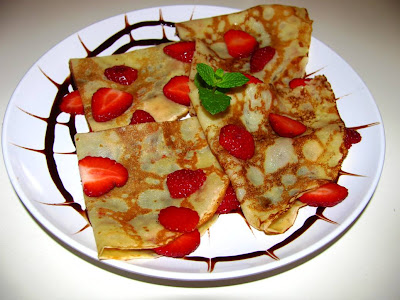 And fish with chips. 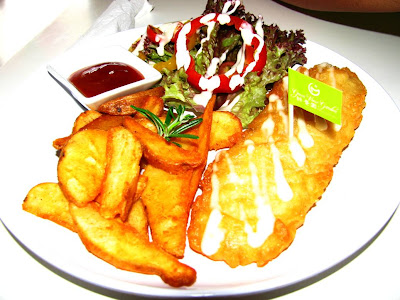 Then we proceed to another vegetable farm (jeez, apologies for not remembering the names but they all sound the same, you know? Rama Strawberry Farm, Ah Long Cactus farm, and so on) 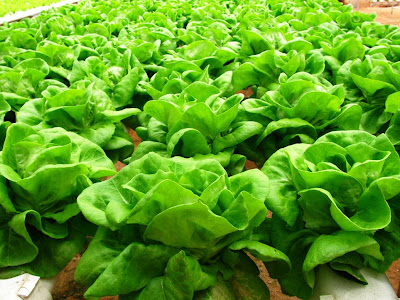 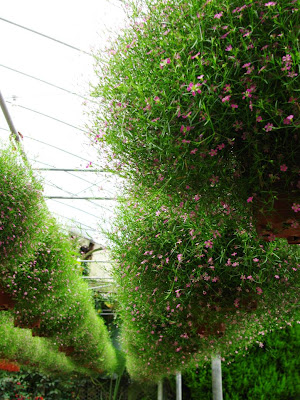 I recall during my Form 6 days, I went on a class trip to Cameron and I had to put on jackets and shawls and whatnot, but the view was certainly splendid. I could not remember which farm was it that we went to at that time, but I wish I do, because that other place seems to have a larger varieties of plants. 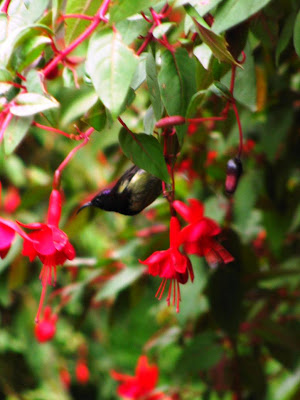 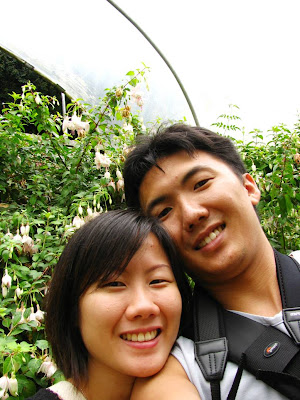 When we were done with camwhoring, we decided to walk around the local pasar malam. I bought a bottle of thick pure honey and strawberries. Not to mention deep fried mushrooms that I munch on while we walk....hmm.... 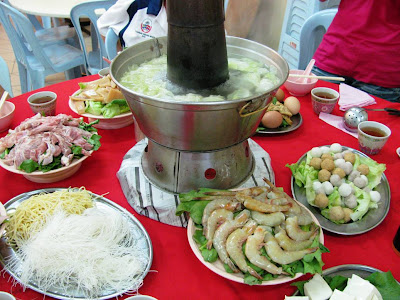 Steamboat place for dinner. I think it was only RM15 per person. Not bad and they have *loads* of vegetable, can make me a very happy person d :D

That night we entertained ourselves silly playing dumb Truth or Dare games hahahhaha it was so funny cause Evan was very drunk and he kept losing and we kept making him do silly stuff like licking his toes hahhahaahha *.*V

Woke up early again the next morning so that we can have breakfast on top of the Boh tea plantation (jeez.... I thought it was supposed to be a relaxing holiday, turns out to become a boot camp, having to be up by 6am every morning, got morning drill some more) 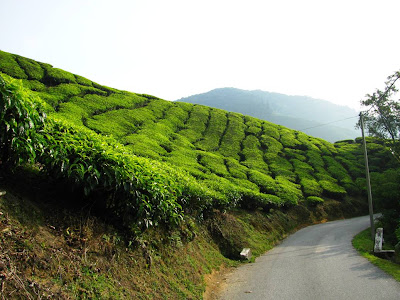 It was cooling, and this time I was not disappointed. Although at that early hour there were already many tourists arriving. 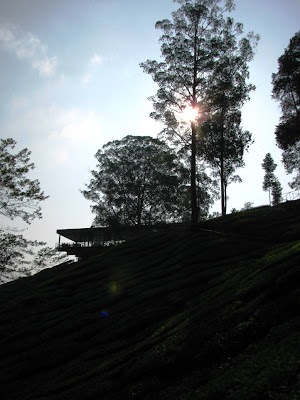 The little cafe on top of the plantation. 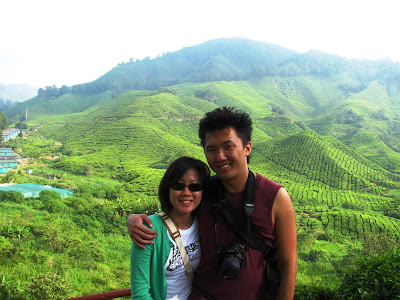 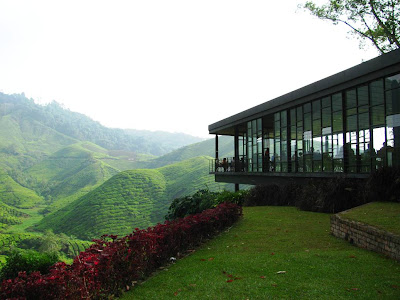 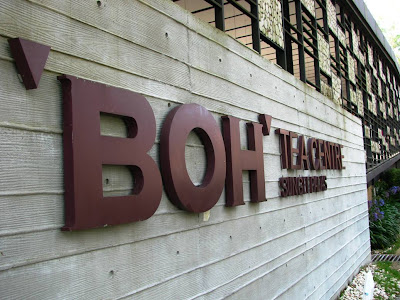 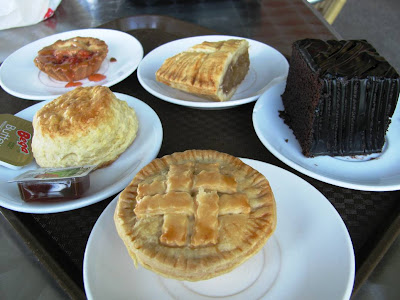 Yumz.... that's the chicken pie at the bottom, going clockwise, scone, strawberry tart, apple pie and chocolate brownie. All washed down with a pot of hot Boh tea ;)

And that was about it, on the way down, we stopped by at Rama's strawberry farm again for a last shot of the super kau strawberry milkshake. 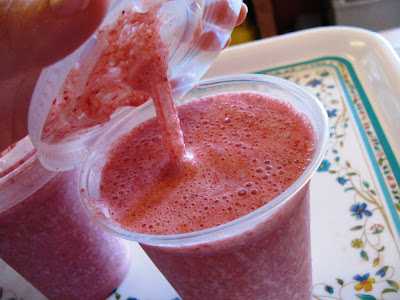