Indeed, one of Pixar's best!

Watched the movie with Wei En although the movie has been released over two weeks. It was the second time for Wei En but she insisted that she wouldn't mind watching another time. 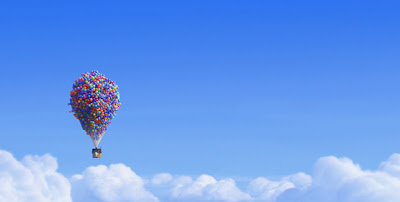 And I can totally see why. The movie is so touching, honestly, I had to hold back tears in some of the scenes.

The movie started off with this little boy called Carl who is a huge fan of an explorer called Charles Muntz. Mr Muntz went on an expedition to the South of America to redeem his reputation and to prove that one of the fossils he brought back is not a fraud. 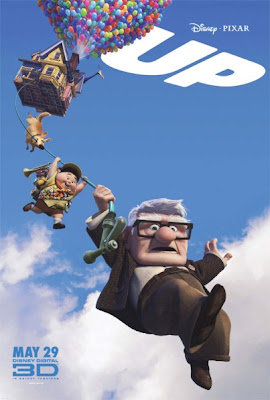 Anyway, Carl later met this buck-toothed hyper girl called Ellie who is also a fan of Charles Muntz. Ellie then invited Carl to join her club. Also, Ellie managed to make Carl promise to move their clubhouse to Paradise Falls, in South America.

The scenes then moved to when Carl and Ellie were adults and they got married, this is when the touching part comes in, coupled with the dreary songs *sigh*. Ellie was not able to conceive and their dream to travel to Paradise Falls was relived. But due to financial constraints and problems that keep popping out, even when they are already old, the dream was not realised. Only when Ellie has passed away and Carl was ordered to be sent to a retirement home that Carl finally used his supplies of balloons and helium to lift the whole house to South America. 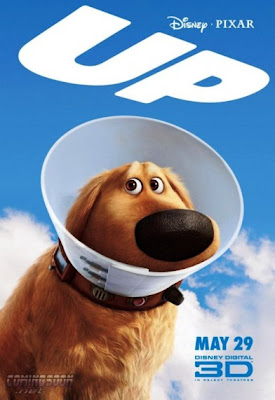 Dug the super cute dog also in Up.

And so the adventure begins when this little boy scout called Russell somehow tagged along to the floating house. Russell wanted to help Carl out to collect one last badge of "assisting senior citizens" to promote to a senior wilderness scout or some sort.

The movie is very entertaining without being lame and I totally loved it to bits. You've got to watch it, no regrets!

Oh btw, I realised that I have something in common with Russell. I also have a pet bird called Kevin ^^
Posted by Giffo Hoots at September 06, 2009
Email ThisBlogThis!Share to TwitterShare to FacebookShare to Pinterest
Labels: Review