Eve celebrates her 25th in Singapore la actually (here I can reveal her age cos it's still, erm, below 30 hehehhe). Mei Ying texted me to say that it's going to be at Ole Ole Bali at Sunway, and to meet her at the Bangsar station where she will pick me up around 6:30pm after work on Wednesday.

Knowing these friends of mine, even though I came out late from the gym, Mei Ying couldn't get off work early, same goes to Grace. So I called Eve-Lyn up and she said she'll pick me up from Kelana Jaya, although she's in Puchong! So she had to go through like a big round to pick me up and then go back Sunway, which is close to Puchong.

Halfway through the train ride, Grace called me up to tell me that she can pick me up from Taman Jaya, somewhere near Amcorp Mall. I immediately called up Eve to stop her from driving over but she said she's already entering the 'jam' area... lol -___- So I lamely asked her whether she still wants to pick me up. Eve replied it's ok Grace can pick me up while she finds a way out of the highway.

Anyways, both Grace and I finally reach Ole2 Bali close to 8pm (the plan was to have dinner at 7, so no surprises there). Eve even more geng, she's been walking all around Sunway Pyramid since 7pm. 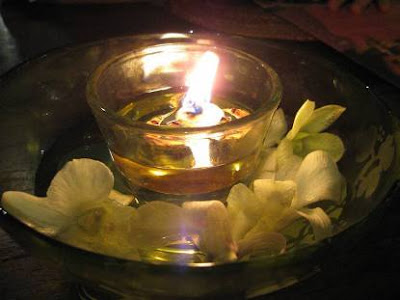 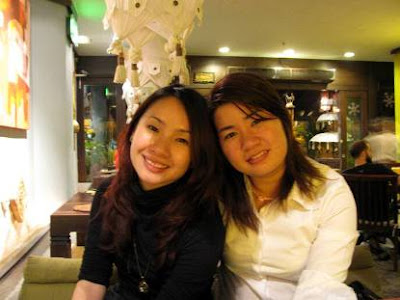 The girls took this photo with the intention that when Mei Ying arrives then it's like magic suddenly she's not there and suddenly she is -___-. 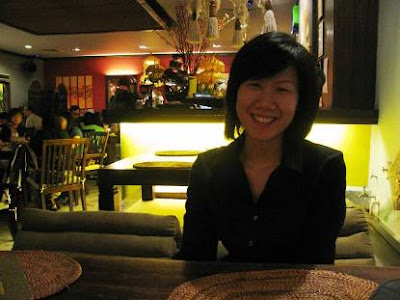 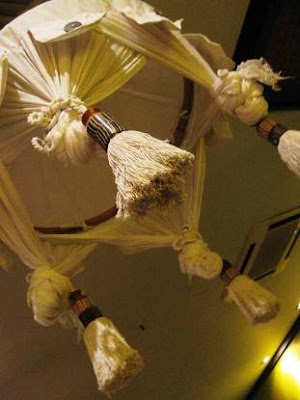 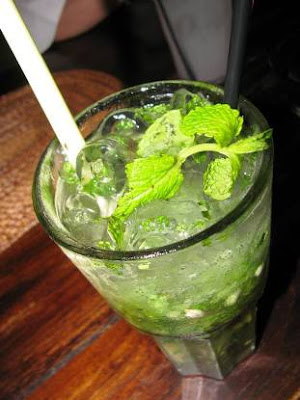 Those two had barley lime. 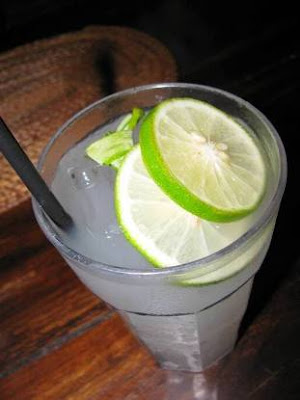 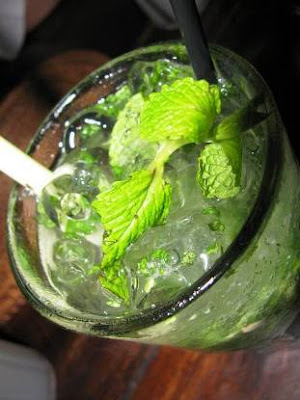 Love it so much that I had to put another picture up :D

We proceed to order without waiting for MY as all of us were starving. I could eat a whole horse.

Starting with an appetizer. 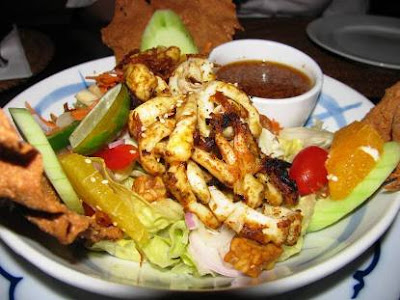 Balinese Grilled Salad
With Grilled Chicken, With Grilled Squid, served with Rempeyek, and Spicy Lemongrass and Shallot Dressing. Soooooo sedap! We poured the dressing whole and mixed everything up. Sigh... 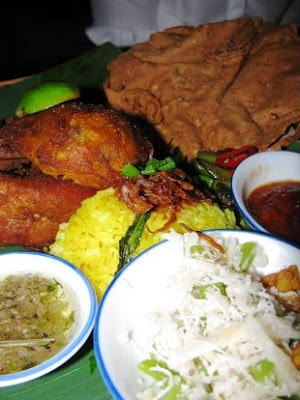 Siap Megoreng
Deep-Fried Lemongrass Marinated Half Chicken with Sambel Tera. That lower right dish is sort of a mix of yambean, french bean and some sort of unidentified stuff.

Surprisingly, the place does not offer Babi Guling since it's supposed to be highly popular in Bali. Pooh u halal eaters. 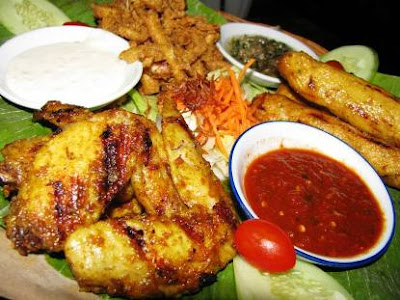 Ole Ole Trio
It's a Combination of BBQ-ed wings, Sate Lilit and Cumi-Cumi Goreng, served with Sambel Matah, Sambel Terasi, and Tartar Sauce. I especially love the deep fried squid, dipped with tartar sauce and it is yumz!

But I wonder, how come most of the stuff has to be deep fried? The first main also had deep fried chicken and the ole trio had the same thing. Although it said BBQ-ed, I still feel like it had a bit of a fried taste to it. Everything is oily, for sure. 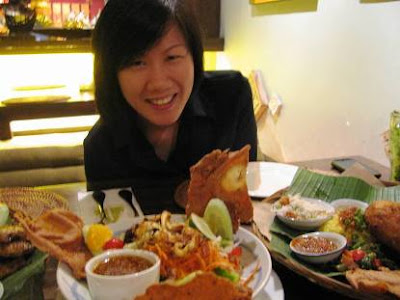 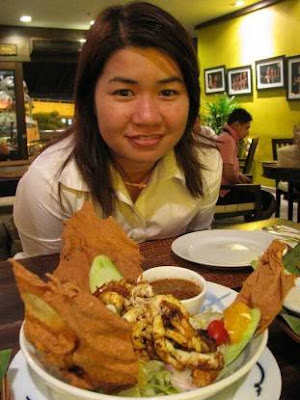 Mei Ying finally arrives when we were almost three-quarter done with the Grilled Salad lol. 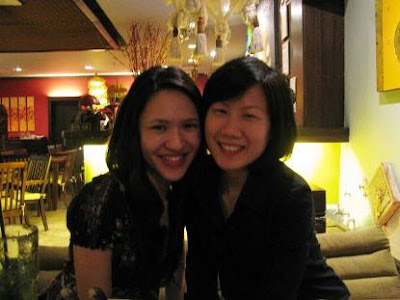 Anyway we were discussing future trips, possibly to Malacca to try out the food there when Mei Ying mentioned Elephant Farm or something like that. All of us turned to her and she was like, what? I commented that I thought she's bit too bimbotic to go on trips like that lol. And she said mana ada. Grace even worse, said that she's scared of them cos they're furry.

Anyways, later on Mei Ying told us about this personality test thingy that makes you close your eyes and imagine stuff and describe what you see. The quiz came to a scenario where the question was, you come across a stream which is deep enough to swim over and also very special that you can walk on the water across. What do you do. On my part, I thought I heard walk/wade through, being a swimmer of course I'd rather swim and not hurt my feet (lol) so I chose to swim. Eve chose the same and when asked about it later, she said that it's not possible. Mei Ying shot at her that it's suppose to be a scenario where you can do anything so just imagine!

It was so funny and MY commented, look who's the bimbo hahahhaha. I told Mei Ying that sorry, looks like she's being dethroned and Eve's the new Queen. Eve so happy and made the peace sign and yay-ed. 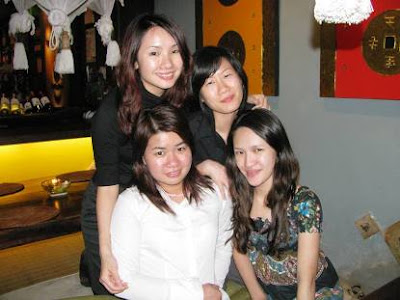